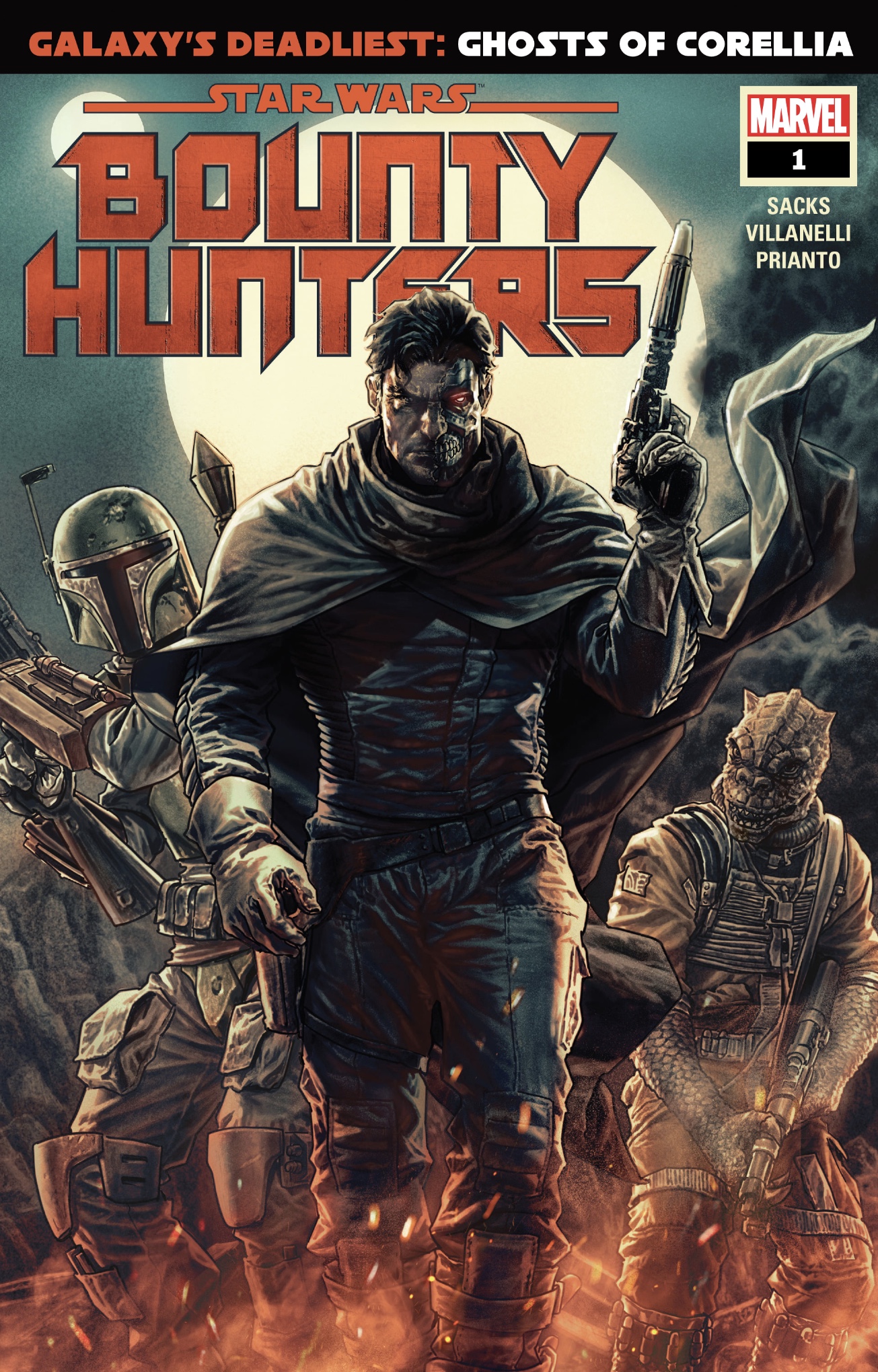 There are so many interesting characters in the Star Wars universe. Jedi, Sith, droids, and the many different species that we grow to love in these stories. Some of the most interesting characters in the books, films, and comics are the bounty hunters! I have been waiting for this comic to be released for months now and the first issue did not disappoint. The resurgence of Beilert Valance, who we recently saw in Target Vader. As well as some familiar faces like Boba Fett, Bossk, Doctor Aphra and Black Krrsantan. Will they work together to reach a common goal? Or will personal agenda get in the way. Lets take a look into this first issue. SPOILERS AHEAD….

We begin our story in the outskirts of Coronet City on Corellia. A group of bounty hunters have teamed up on a mission to infiltrate what is called an “Unbroken Clan Sanctuary”. Among those bounty hunters are Boba Fett, Beilert Valance, and the furious Trandoshan named Bossk. They are also accompanied by three new characters, a Nautolan named Nakano Lash, a human women named Khamus who is a member of the Mourner’s Wail Syndicate, and a human male named T’ongor. 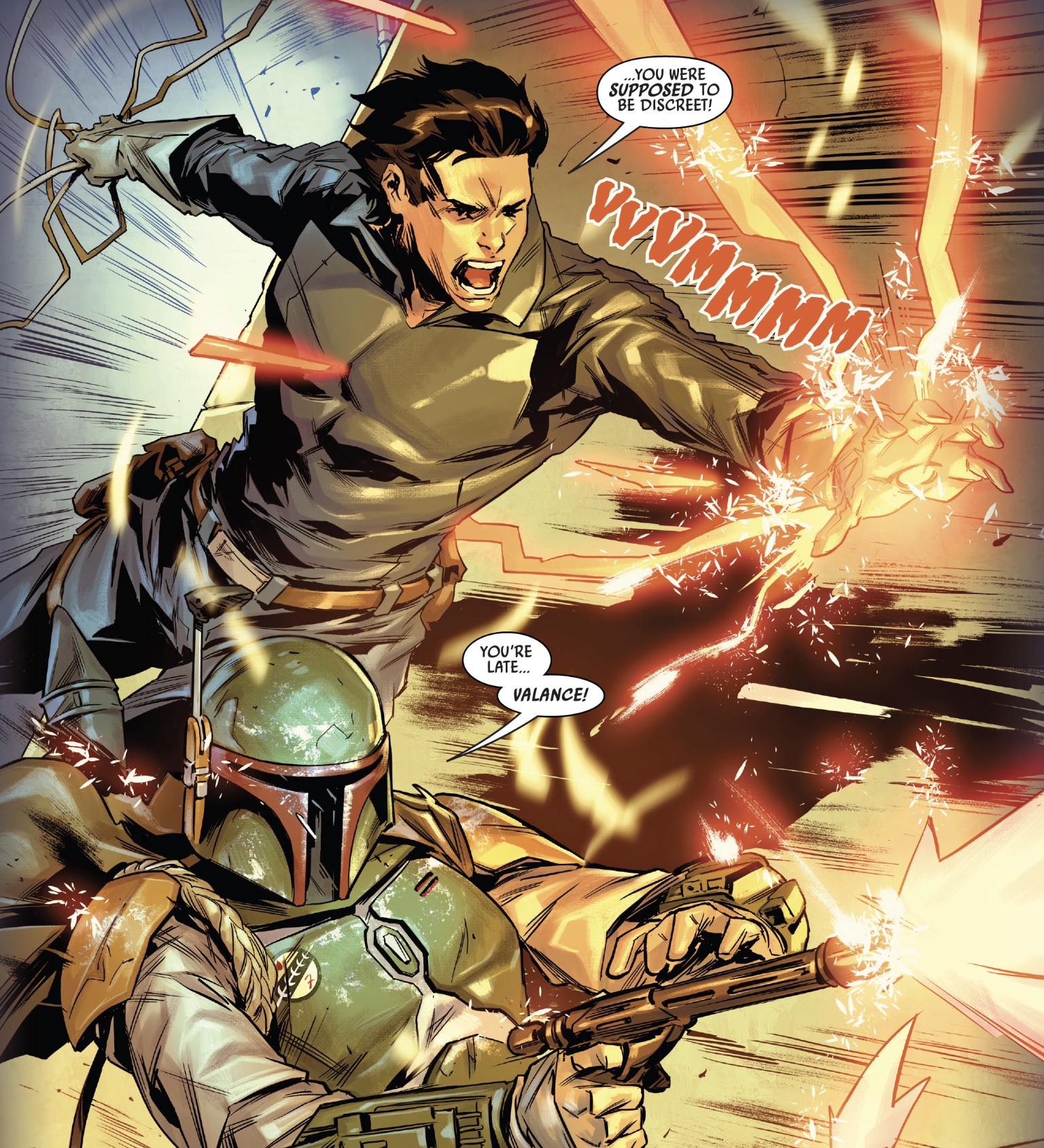 As can be expected, Bossk, Bobba Fett, and Valance do most of the dirty work to get inside the fortress. Taking down many guards in their path. As Nakano, Khamus and T’ongor make their way inside something goes wrong. Nakano ends up shooting and killing Khamus. Boba Fett relays this to Valance and he is shocked to say the least. Nakano was at one point Valance’s mentor. He can’t believe that she would betray him and their mission.

Shifting to present time on Batuu, Valance is under heavy fire. He is currently on a bounty mission to take a group of Devaronians alive. After some intense blaster fighting, Valance ends up killing two of the Devaronians and seriously injuring the last one. Back at Valance’s ship, his droid receives a very interesting bounty offer that Valance will have extreme interest in… 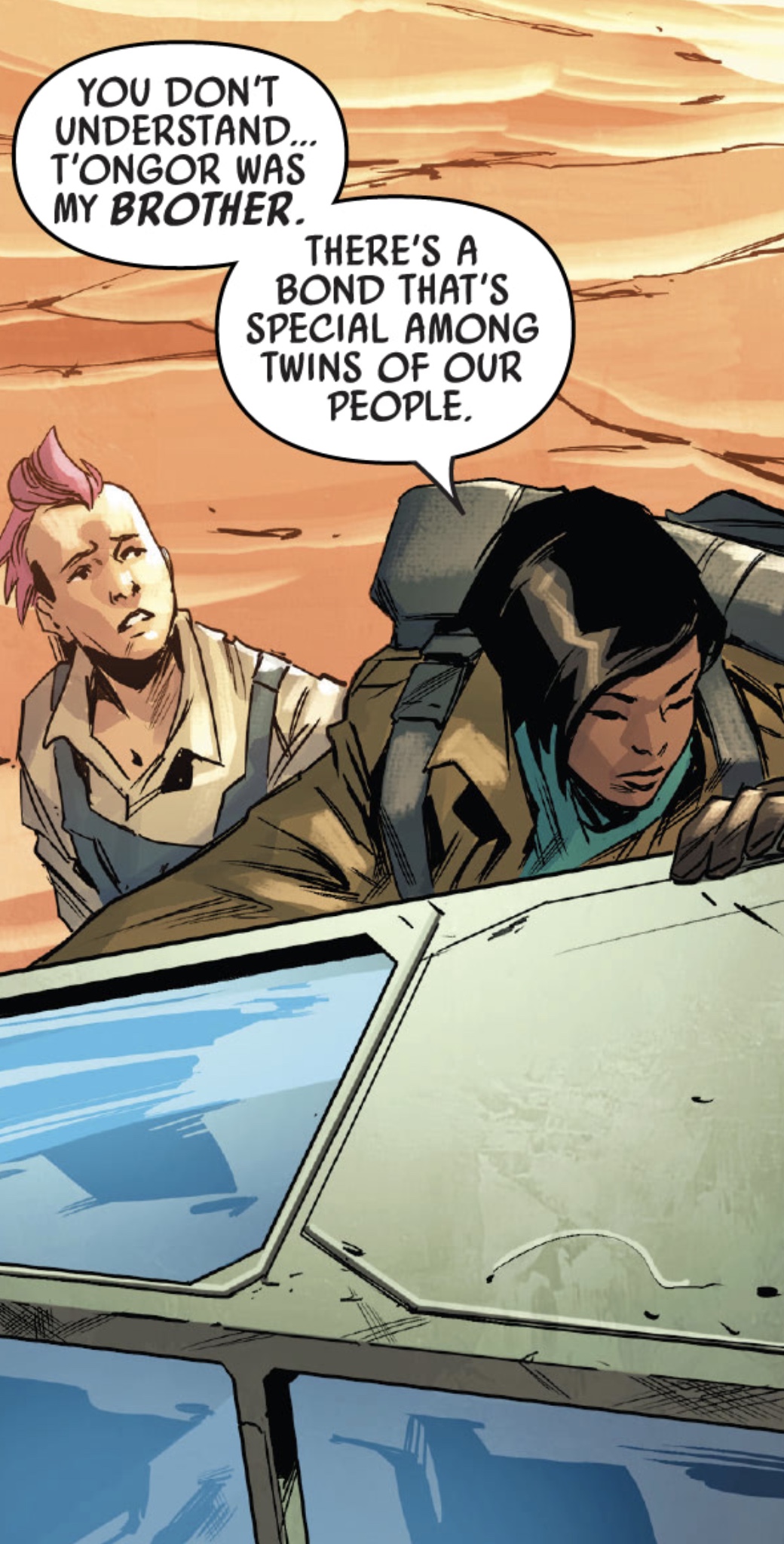 Moving over to the moon of Logal Ri, we see a woman named T’onga walking to her ship. We find out that she is the twin sister of T’ongor. We also find out that T’ongor also was killed on the mission on Corellia. T’onga has also received word of the same bounty that Valance will have particular interest in. T’onga’s presumed lover begs her not to leave. She wants her to stay on the moon and be safe, but she has revenge on her mind. She wants to bring honor to her bother’s name and their family. She gets in her ship and leaves Logal Ri and her lover behind. 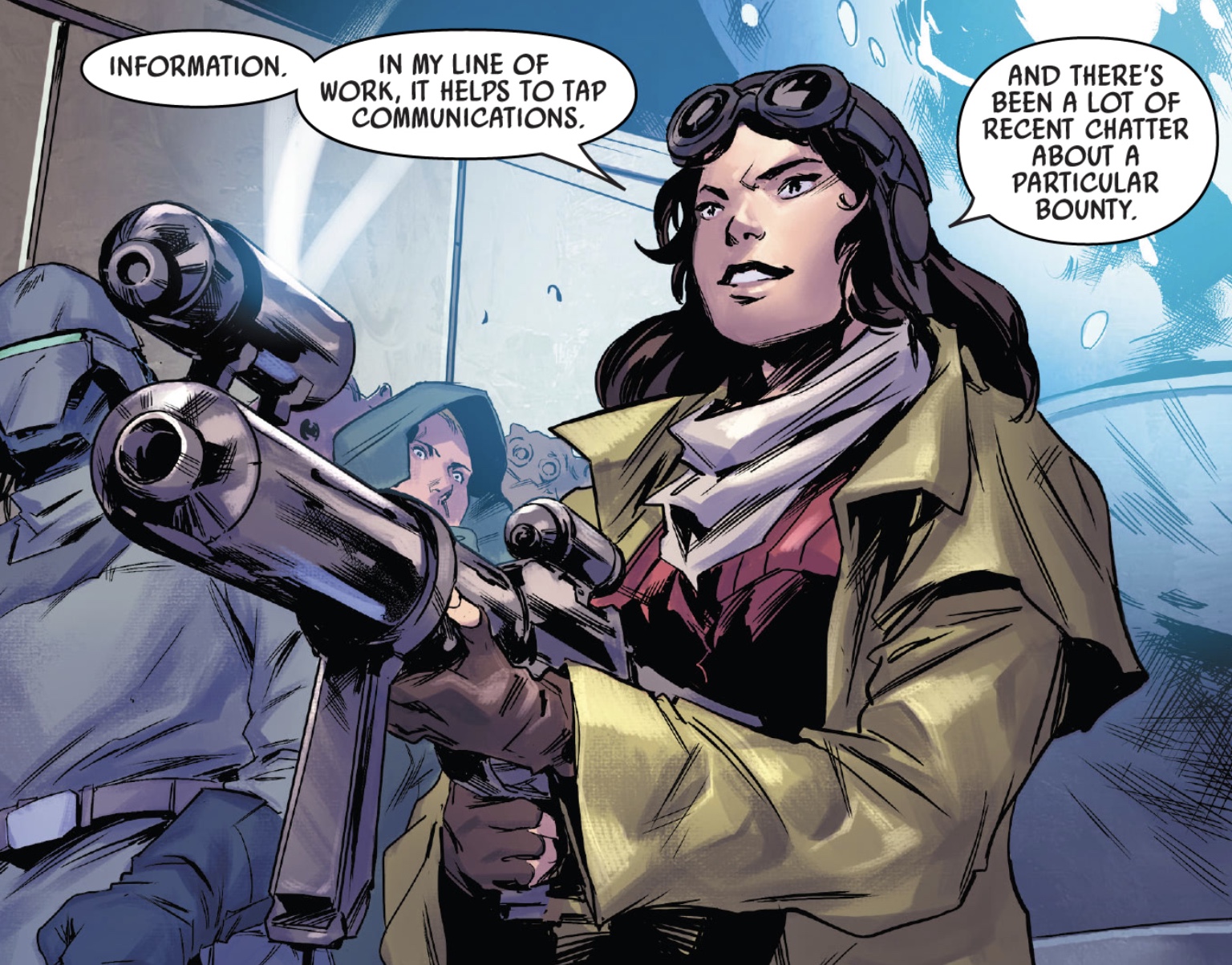 We shift over to Carbon Score Cantina in the Anoat Sector. Bossk is sitting at the bar, reminiscing about old bounties and missions when two familiar characters enter the bar. The intimidating Wookiee, Black Krrsantan, and the cunning Doctor Aphra. For those who don’t know, Trandoshan’s have a strong hate for Wookiee’s but a strong love for their pelts. Bossk immediately charges Black Krrsantan. While they are tangled up in battle, Doctor Aphra takes a more casual approach and steals Bossk’s blaster rifle without him even knowing. She then informs him she has some interesting information about a female who Bossk has had history with in the past, specifically on Corellia. This information gets his attention. 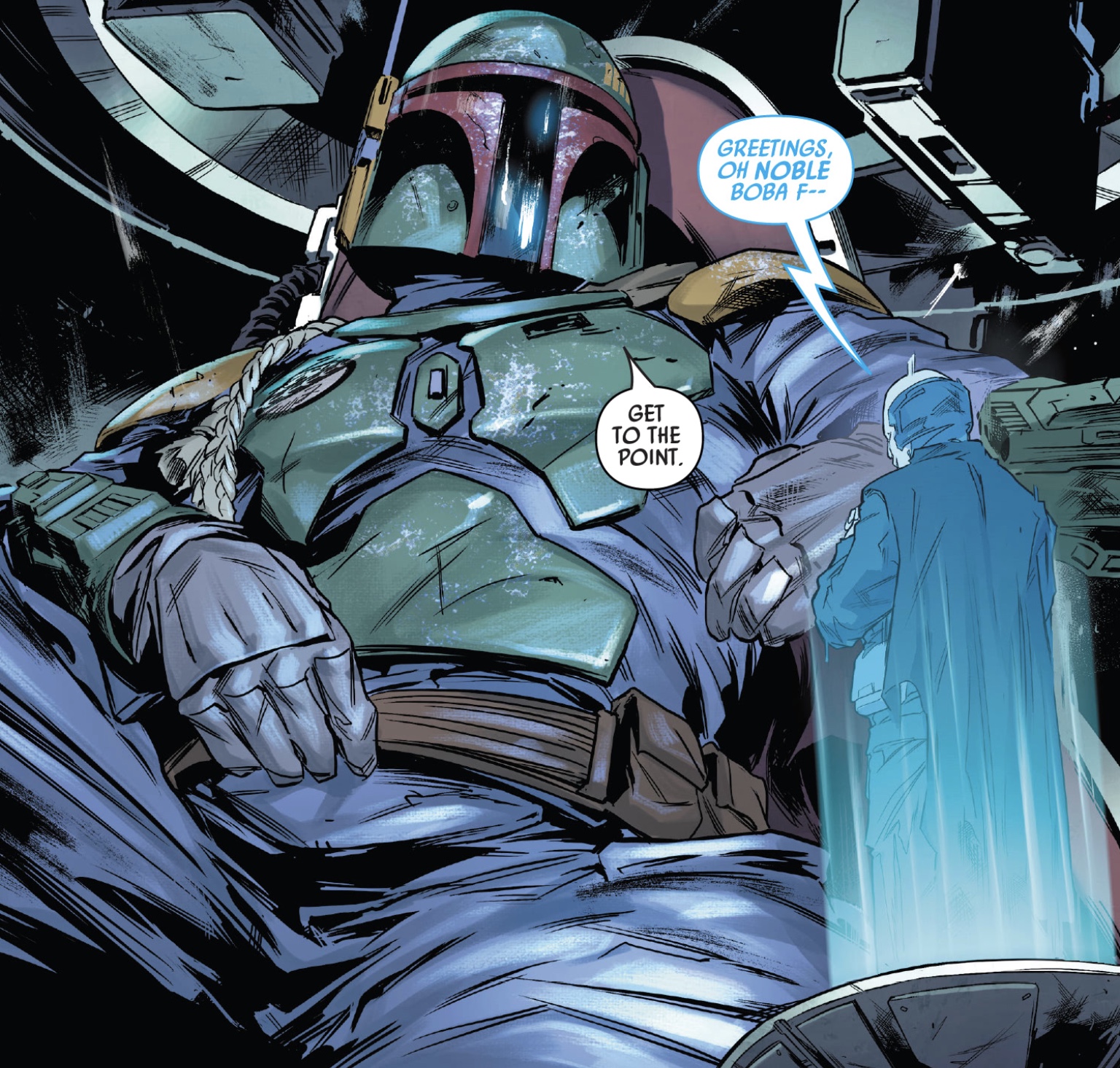 We end the issue at Syphacc’s Bountiful Bounties. Syphacc is trying to reach Valance about a very big job that he may be interested in doing. Syphacc is not alone though, he is accompanied by a Thisspiasian bounty hunter called Ooris. Ooris wants the bounty but Syphacc ignores him, Eventually, Ooris gets angry with him and begins to choke Syphacc. He eventually relents and Ooris leaves the room. After he is gone, Syphacc reaches out to Boba Fett. Fett is initially not interested in the bounty until he hears the name, Nakano Lash. The issue ends with Fett accepting the bounty without payment. Fett also has some precious cargo on his ship. The body of Han Solo in frozen carbonite.

In some comics, the opening issue can be a little long winded when laying out the frame work of a story. For this series, it is the opposite. I loved this issue! Tons of bounty hunter action and all of these great characters  included. I personally love Bossk and Boba Fett so I know this series will be a hit for me. It will also be interesting to see all these bounty hunters going after the same person. Much like the scenario in The Empire Strikes Back. The question is, will all or most of these bounty hunters join forces for a common goal? Or will it be every man for himself? Something to look forward to next month! I would also like to say that we are all in an era of fantastic Star Wars comics. I have been enjoying just about everything that has been coming out recently and it doesn’t look like it will slow down any time soon. 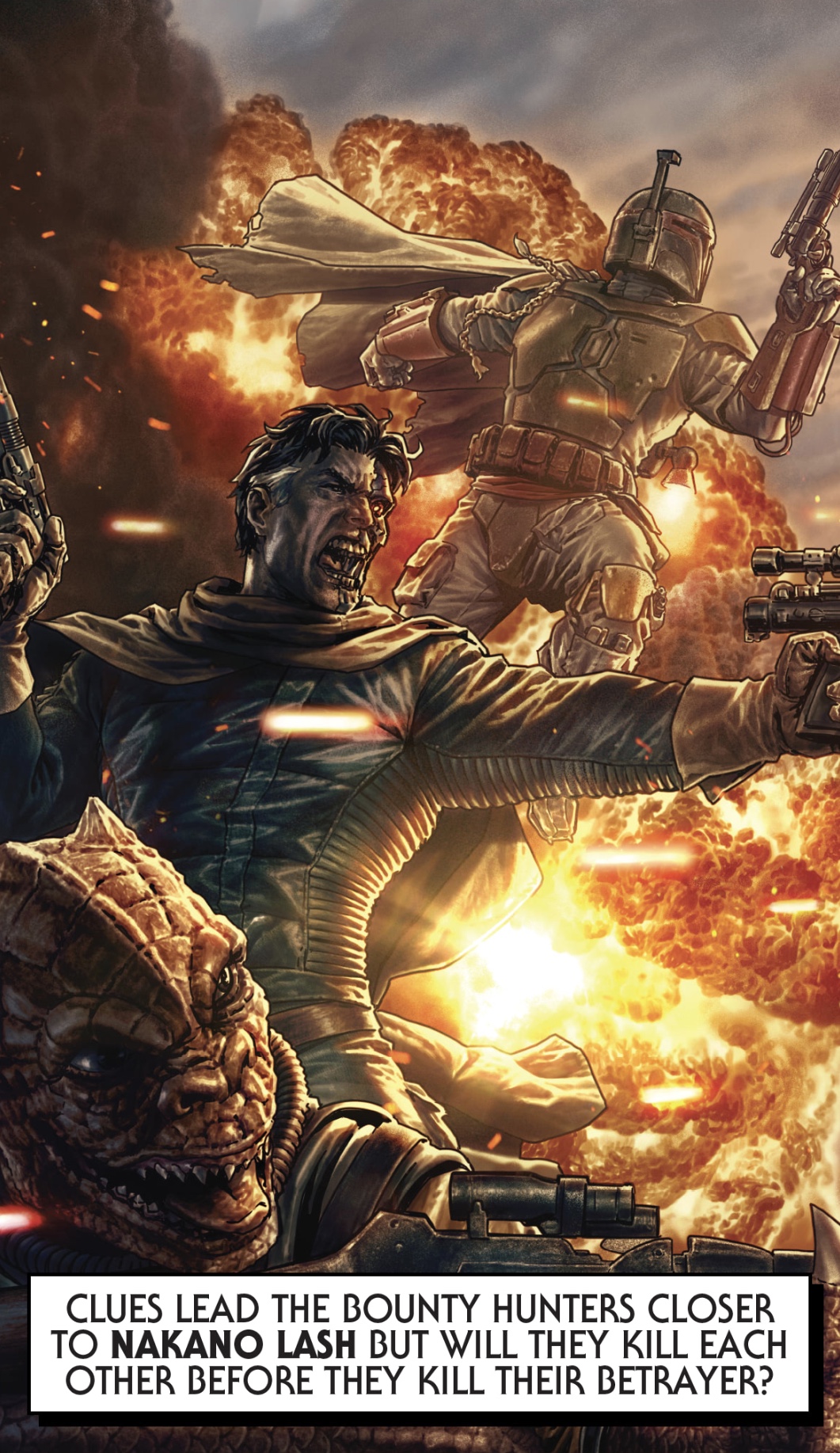 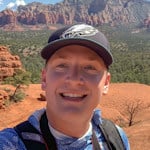 Star Wars has always been a big part of my life growing up and now. Books and comics are my hobby when I’m not outside or watching the Eagles play on Sundays.