‘The Rise of Skywalker’ – Voices of the Jedi (Spoilers) 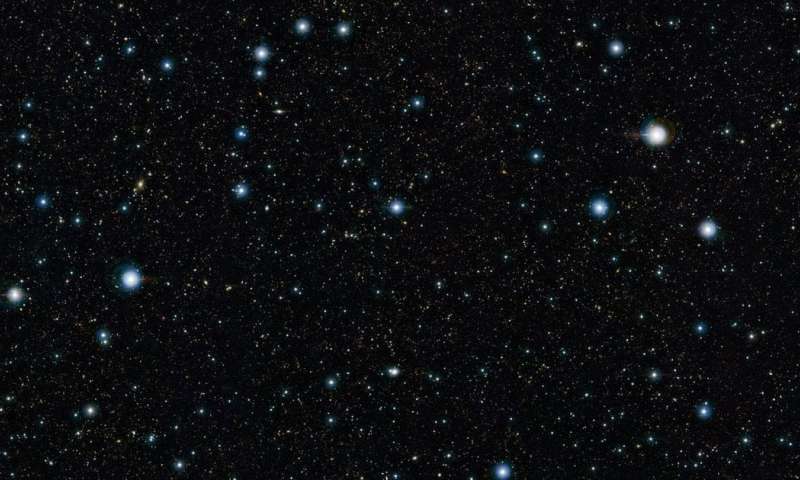 Rey begins The Rise of Skywalker with a simple plea to the generations of Jedi who came before her; “Be with me.” If you want to know who answered her call then read on. Needless to say that major spoilers for The Rise of Skywalker follow so please proceed only if you’ve already seen the film or don’t mind knowing what happens.

At the climax of the Skywalker saga, Rey lies on the floor of Exegol. Palpatine has been rejuvenated and is unleashing his full power on the Resistance fleet in the skies above the ancient Sith world. And Ben Solo, the last Skywalker, has been cast down a seemingly bottomless chasm, Palpatine’s revenge for the death Anakin Skywalker inflicted on him decades earlier.

As she steals herself for a last stand, Rey repeats her earlier mantra, “Be with me.”

What follows is a moment that seeks to bring together not only the three trilogies of the Skywalker Saga, but all of Star Wars as the Jedi give Rey the strength she needs to take on the living embodiment of the Sith.

“These are your final steps, Rey. Rise and take them.”

The first voice we hear is Ewan McGregor’s Obi-Wan Kenobi. It’s a fitting call back to the start of Rey’s Jedi journey, to her vision in The Force Awakens when McGregor’s voice told her that these were her first steps.

Rey’s name is then repeated, almost as a revered whisper, by Hayden Christensen’s Anakin Skywalker, Ashley Eckstein’s Ahsoka Tano, and Freddie Prinze Jr.’s Kanan Jarrus. It’s a moment that brings together the Skywalker saga, The Clone Wars, and Rebels. It also raises the question – is Ahsoka dead? All the other voices belong to Jedi who we know have become one with the Force, so that certainly seems to be the implication. The last time we saw Ahsoka she was alive and preparing to search for Ezra with Sabine, but that was 31 years ago. A story for another time as Maz might say.

The next voice we hear belongs to Anakin Skywalker, the Chosen One who killed Palpatine the first time:

“Bring back the balance Rey, as I did.”

I believe Ahsoka comes next, telling the young heroine to “find the light.” This is supported by Vanity Fair’s article on the Jedi voices, but I have seen some say this line belongs to Olivia D’Abo’s Luminara Unduli (who Vanity Fair note is credited as one of the Jedi voices but they could not place her line).

Rey’s journey has been about finding her family. She had already done that with the Resistance before she learnt the truth of her bloodline, but the familiar voice of Frank Oz’s Yoda reminds her “Alone, never have you been.” Liam Neeson’s Qui-Gon Jinn reaffirms this, telling the former scavenger “Every Jedi who ever lived, lives in you.”

This is followed by more voices from The Clone Wars as Jennifer Hale’s Aayla Secura tells her “Let it guide you, as it guided us,” before Samuel L. Jackson’s Mace Windu says “Feel the Force flowing through you, Rey.” 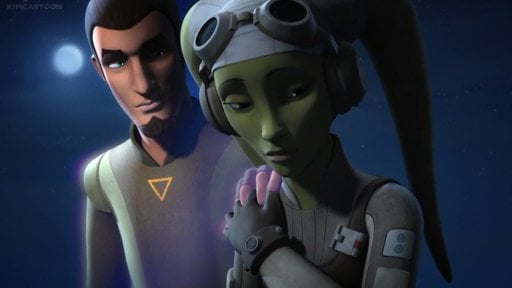 As she prepares to stand, Anakin’s voice tells her, “Let it lift you.” Angelique Perrin’s Adi Gallia adds her voice, “Rise Rey,” as the chorus of Jedi voices grows faster.

“We stand behind you, Rey.” Qui-Gon tells her.

Then we hear the distinctive voice of Alec Guinness’ Obi-Wan utter a single word; “Rey.”

“Rise in the Force,” Yoda says, before Kanan tells Rey that “In the heart of a Jedi lies her strength.”

At this point, Rey has struggled to her feet, and the voices begin to repeat “Rise”, before one final voice speaks to her.

“Rey, the Force will be with you. Always.”

It is, of course, Luke Skywalker. It feels fitting that this iconic line is Mark Hamill’s last in the saga.

With Palpatine’s final defeat, The Rise of Skywalker brings the ancient war between Jedi and Sith to a close. Whilst I do wish we could have seen some of the Jedi rather than just heard their voices (especially Anakin), I have to admit that Abrams and Terrio went further than I expected in trying to bring things together. I never imagined we’d get voices from The Clone Wars and Rebels in the saga’s final chapter, or that they’d bring back so many other voices from the previous trilogies.

With a new Jedi Order now once again on the horizon, hopefully this isn’t the last time we’ll hear from these old friends.