'The Rise Of Skywalker': What Finn Wanted To Tell Rey Revealed - SWNN Go To Top
Skip to content 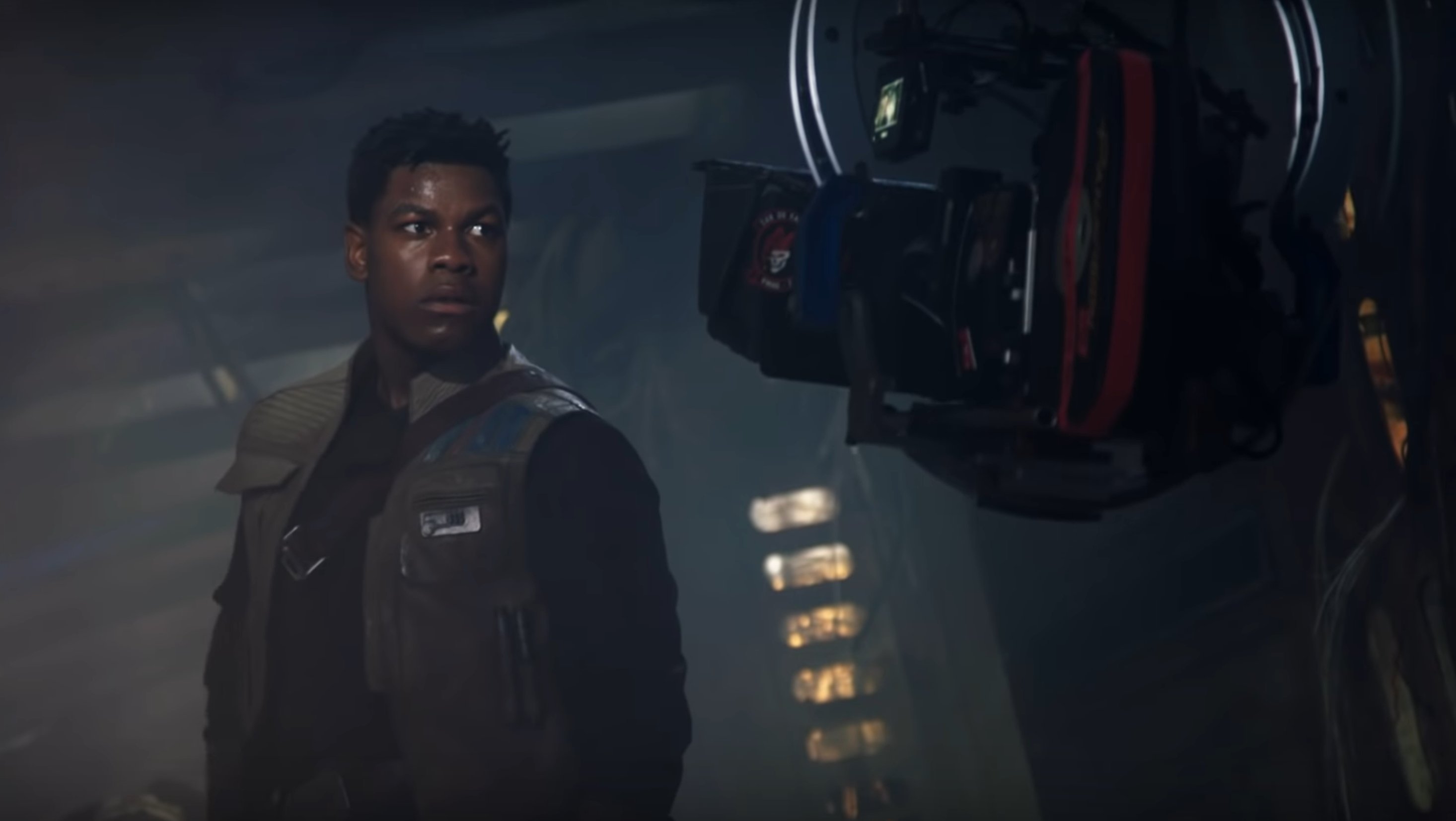 In Star Wars: The Rise of Skywalker, there’s a minor plot thread involving Finn trying to tell Rey something, but never getting the chance to. J. J. Abrams has confirmed what that thing is, and it’s a detail certain to delight fans of the character.

Spoilers for Star Wars: The Rise of Skywalker follow this point.

Shortly after release, a fan who talked to John Boyega got an interesting response to him about this unresolved plot thread: the conversation that he wants to have with Rey, but never does on-camera. In the Instagram conversation, Boyega didn’t give a direct answer, but quoted a line from the final trailer, strongly hinting at Finn’s connection to the Force. Check out a screengrab of the conversation below:

so finn was gonna tell rey about the force and about him being force sensitive pic.twitter.com/zvnRnUPnRF

So that’s certainly interesting. But what was subtext in Boyega’s response about a scene in The Rise of Skywalker has now become outright text, since J. J. Abrams has come out and said that yes, Finn has a connection to the Force, and he’s just beginning to realize it. He said this in a conversation about the film after a recent screening, taking questions from the audience:

I had the privilege of attending the Academy screening of #TheRiseOfSkywalker today and J.J. confirmed that what Finn wanted to tell Rey was that he’s force sensitive! pic.twitter.com/hxuDHhwL6N

Throughout The Force Awakens, there were hints that Finn had some kind of connection to the Force, such as Kylo Ren instantly recognizing him, Rey repeating his “I can do this…” while on the Millennium Falcon, and Finn hearing the screams of the victims of the destruction of Hosnian Prime. There’s even a “Force” sound effect that’s used in some scenes in the film, which appears early on when Finn’s dying friend in the Stormtrooper corps marks his bloodied hand on his helmet, and our hero has a crisis of conscience. The Last Jedi chose not to follow through on these hints in favor of focusing Finn’s story on his relationship with the Resistance, but it also never explicitly disproved that he had a connection to the Force, either. And now we know for real: Finn has the potential to become one of the first of the new Jedi.

It seems as though there were several subplots cut from the film when the final edit was made (since the film was originally expected to be around 2 hours and 35 minutes, and the theatrical cut was 2 hours and 21 minutes), and this was clearly one of them. Ultimately, this trilogy is the story of Rey’s journey as a Jedi, and there’s still room for Finn to become a Jedi in future Star Wars media, which seems likely to happen sooner rather than later. After the initial marketing tease that made it look like he was going to be a Jedi in The Force Awakens, now it seems like we’ll see it happen at some point down the line.