'The Rise of Skywalker' - Chris Terrio Talks Palpatine, Lando, and Picking Up After 'The Last Jedi' - Star Wars News Net Go To Top
Skip to content 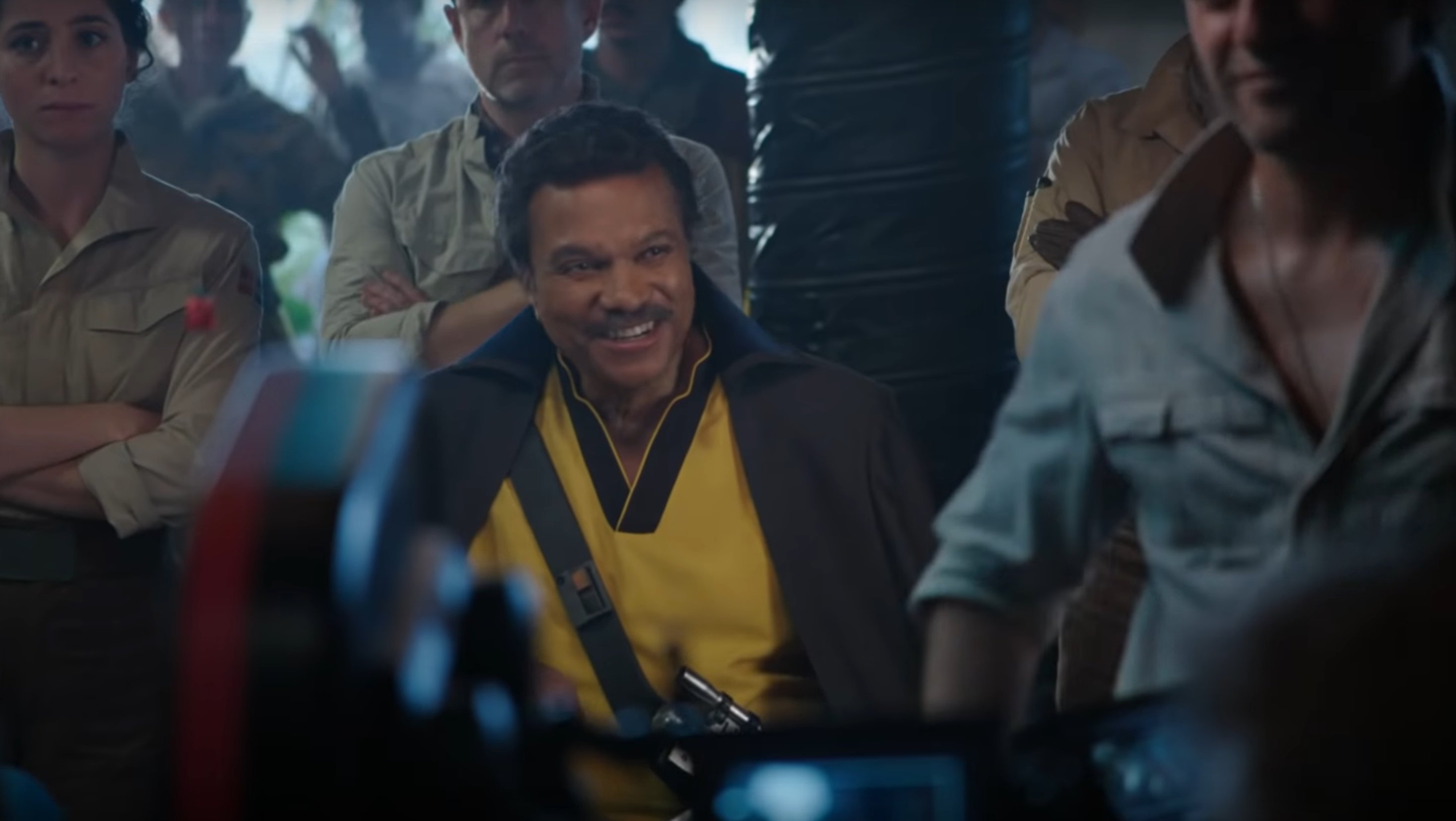 In just over two weeks The Rise of Skywalker will hit theaters and bring the Skywalker Saga to a close. As the new generation of heroes face their greatest challenge, there’s some familiar faces from the past returning as well. Uproxx‘s Mike Ryan recently got the chance to talk with co-writer Chris Terrio about bringing back these classic characters and how The Rise of Skywalker will follow on from Rian Johnson’s The Last Jedi.

Wasting no time, Ryan jumped straight to the biggest mystery of The Rise of Skywalker – Palpatine’s return. After joking that he’s not as adept at avoiding spoilers as J.J. Abrams, Terrio explained why they felt the Emperor had to return for the saga’s grand finale.

“We felt that this story, these nine films, were a family saga. We decided pretty early on that we wanted to really think of this as the Skywalker Saga. And from the beginning, the chess game has been between Palpatine/Sidious and the Jedi. Specifically, the Jedi as represented by Anakin and the Skywalkers. So, we were convinced someway or another Palpatine had to be a presence in this film.”

Whilst Palpatine’s return has excited the fanbase, there are understandable reservations about how his return can work without undermining the end of Return of the Jedi. So it’s a big relief to hear that Terrio shared those concerns:

“Of course, the sacrifice of Vader at the end of Return of the Jedi and bringing balance to the Force, we still had to honor that and I think we do honor that in the film. We don’t take the end of Return of the Jedi lightly at all, because it is one of the most beautiful moments in any film, really — in seeing what Vader does for his son. Return of the Jedi was the first movie I ever saw in a theater, and I remember just being rocked by what I saw in that moment. Because it almost never had occurred to me as a kid that the bad guy could cease being a bad guy and be a good guy. That moment when Vader lifts Palpatine was a genuine shock to me and it’s full of truth and beauty. We had to be careful about that, but if you look at some of the lore of Palpatine and the Sith and the way that George has embedded ideas about the Sith into the mythology of Star Wars, there are ways the presence of that character can still cast its shadow in the future. I guess I’ll leave it at that.”

The final proof will be in the film, but if they can honor the ending of Return of the Jedi whilst at the same time using the lore that George Lucas established to enable his return, then I for one will be extremely happy. Jedi remains my favorite of the movies, so Terrio’s comments here are very reassuring to me that they are treating Lucas’ ending respectfully. 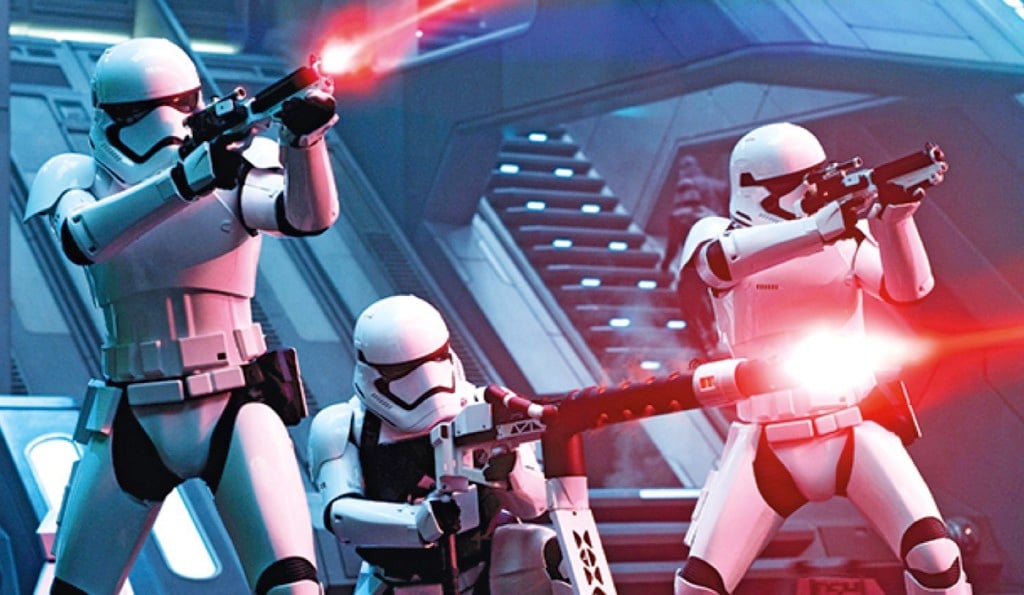 He also promised that The Rise of Skywalker will answer some of the questions fans have about the history of the First Order. “We will definitely get some more,” Terrio told Uproxx, “there are more answers in this movie about how all that came to be.”

And what of Billy Dee Williams’ return? According to Terrio that was borne out of the idea that this new generation have to live up to the legends that came before them, the “greatest generation” as Terrio calls them:

“So when we began talking about that, the other surviving member of that generation is Lando. And he’s just someone beloved by both me and J.J. from our childhoods. And when Billy Dee was game to do it, we thought we’d be crazy not to work with him. And just the sheer thrill of sitting in your screenwriting program and writing the word “Lando” and then writing lines beneath it? That alone, as you can imagine, sends shivers up your spine. And also there’s the pressure and nervousness, how do you write the words of a legend? Because you can never write a character as though they are a legend.” 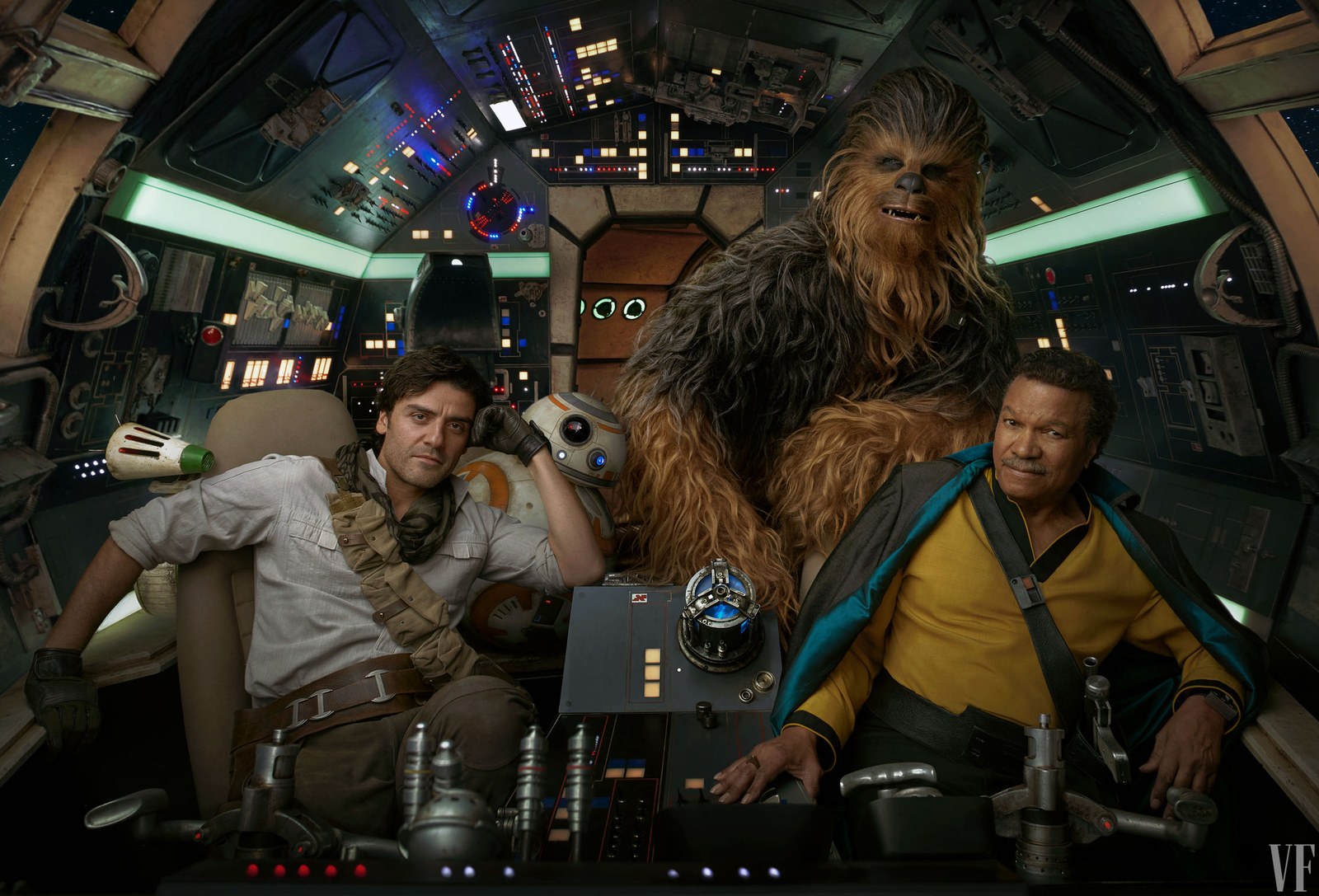 Lando might not be the only legendary hero returning. When Ryan followed up asking “Is there any chance you wrote the word “Wedge”?”, Terrio could only reply “I cannot answer that. Although, I’d love to speak to you after the film comes out about that very question.” After his recent appearance in Resistance Reborn it certainly seems likely that the fan favorite pilot will finally be making his return to the saga.

Finally, Terrio touched upon the less conventional cliffhanger of The Last Jedi.

“There was a more natural narrative springboard going into Return of the Jedi than going from The Last Jedi into The Rise of Skywalker. But, that said, it caused us to have to be more creative about certain solutions. I feel if we hadn’t had some unexpected developments in The Last Jedi, we would not have come up with the solutions that we did for different things. Which, I hope, are more interesting than anything we would have done … And I did have the feeling at the end of The Last Jedi, I desperately need to know what comes next. Even though certain things felt settled, even with the epilogue that future generations would pick up the fight, even despite that there were many questions in play that we had to grapple with.”

Make sure you check out the full interview over at Uproxx.