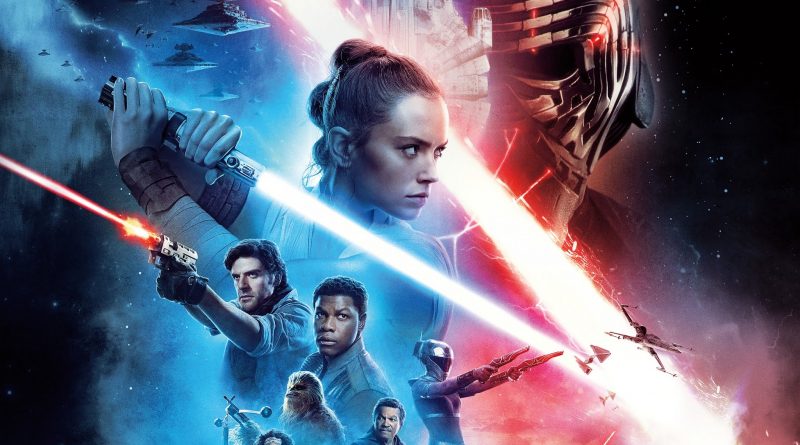 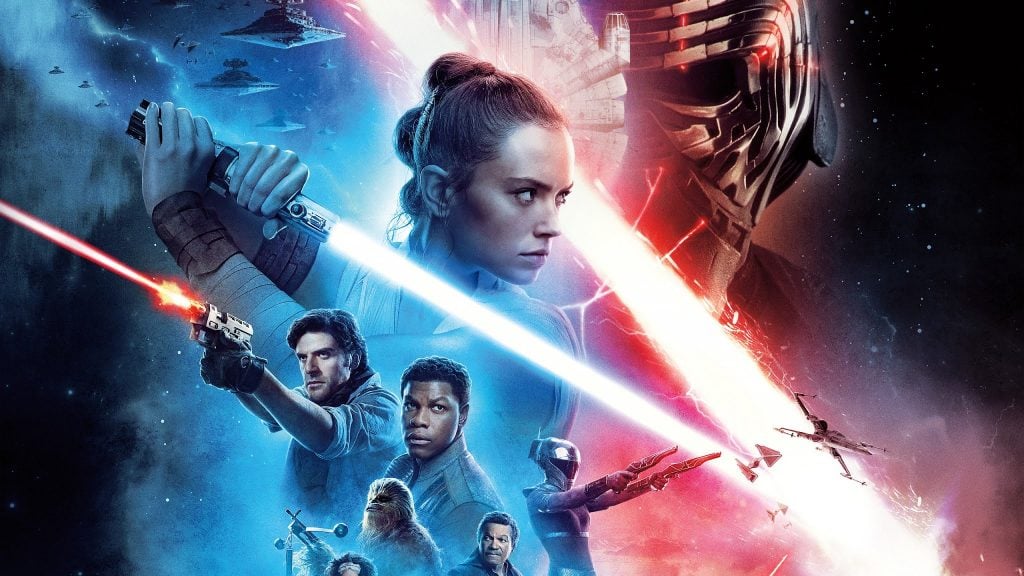 This is a non-spoiler review

Star Wars: The Rise of Skywalker concludes a story that started when George Lucas put pen to paper over four decades ago. J.J. Abrams returns to finish what he started when he brought Star Wars back with The Force Awakens. The final chapter in the “Skywalker saga” took massive risks, the pacing was relentlessly ambitious, some big moments fell pretty flat, but this movie is the biggest Star Wars movie in terms of scale and spectacle, and packs a lot of heart.

If I had to label the movie a sub-genre beyond Space Fantasy, I would deem Episode IX an adventure film bound by unconditional friendship. The central theme of the movie for me was the power of friendship, and the family you choose versus the family you’re born into. I think where Abrams and co-writer Chris Terrio succeeded most was bringing back the bonds, love, and closeness of the heroes, from the main leads to the droids and supporting cast. You really get a sense of family and belonging from this group and the script healthily blends nostalgia, heart, and humor. With that said, there were way too many lines that felt like they were read off of an office motivational poster. But hey that’s a nitpick.

The story is rooted in the mystery surrounding Rey. Abrams reopens the door to her past, in fact he kicks the door off its hinges in a way that may really startle a lot of fans. As a matter of fact, that is one element to the story that may make many fans uneasy, though I accepted it quickly, perhaps because Abrams smartly presents it early enough so not to blindside you M. Night Shyamalan style minutes before the credits role. In addition to Rey’s journey, the focus revolves around her, Finn, and Poe. Even the return of Palpatine is overshadowed by the focus on the bond between these characters. That leads me to my main gripe with the movie.

What should have been its biggest moments, fell flat. Abrams makes up for a slightly underwhelming third act with an epilogue that hit the nail on the head and was extremely satisfying. More on that later. So yeah, Palpatine didn’t work for me. If you know me, that’s saying a lot, as I love Sheevy Babes. So I don’t exactly know why his return fell flat to me, but the sense of fear, concern, and dread I was anticipating never reached the level I felt it needed. Perhaps that changes in subsequent viewings, but after the first go around, his return was a bit stale.

The cast did an excellent job as a collective, but the standout for me was the chemistry and bond between Rey, Finn, and Poe. Abrams and Terrio were wise to jump the story ahead at least a year, to allow us to return to these character allowing them to have built more of a relationship with one another, and Ridley, Boyega, and Isaac come out of the gate like old friends, in the pocket. The combative exchanges between Poe and Rey were refreshing and added necessary layers that fans may have been waiting for…at least I was. There is something about a trio in Star Wars that just works in varying ways. Whether it’s Han, Luke, and Leia, or Kenobi, Anakin, and Padme, any way you shape how they are connected, establishing the group of three “good guys” seems inherently Star Wars to me, and Abrams acknowledges that well in this final installment. The best performance overall goes to Daisy Ridley. She was on another level in this film, and she had to be.

One thing that shocked me was being underwhelmed by Adam Driver’s performance. Perhaps that’s my fault for having just seen Marriage Story, to which he may land an Oscar for, but outside of the first act, I felt Kylo Ren didn’t deliver the way I had anticipated. As a matter of fact I felt very distant from the character in spots where I should have been locked in to every moment. As a massive Kylo Ren fan, having that reaction to it surprised me. Arguably the best character of the sequel trilogy next to Rey, Kylo Ren felt absent to me, even in times when he was the main focal point on screen.

The visual effects and sound were without question the most ambitious, epic, and best of the saga. Every setting, backdrop, and action sequence felt grand. It was like the intro to Revenge of the Sith but in every type of setting, not just the war. From Kijimi, to Pasaana, to the Death Star II wreckage, the space battles, Resistance base, and beyond, The Rise of Skywalker is visually rich, and has a very inviting tone and look. They also pushed the nostalgia levels as far as they could go without going too far, and even in moments where it may have felt a bit over the top, I was insistingly accepting of it all. I also want to comment on John Williams’ score, but I can’t pull stand outs, which for me, usually arrive on second and third viewings. So i’ll have to give my fleshed out thoughts on that on the podcast.

The handling of Princess Leia was better than I could have imagined. I really can’t say enough about how incredible of a job ILM and the entire crew did at bringing Carrie to life. At first my brain kept reminding me she really wasn’t there, but as I allowed myself to sink further into the story, I forgot about it at points. It works best when you remind yourself that they had no choice but to handle her this way, aside from completely writing her out of the story, which once you see the film, you’ll understand why that simply doesn’t work. Leia impacts this story more than I could have imagined, and I think they nailed it respectfully to honor both Carrie and the story, equally.

There are parts of the movie that still haven’t sat well with me as I think they could create cause for concerns in future Star Wars stories. There are new elements to the Force that will be shocking and could disrupt the nature and weight of consequences, among other things. Though when I remind myself that this is Star Wars and anything is possible, through that lens I am sure i’ll adjust accordingly, as long as they continue to employ responsible writers. There is a lot to the Force in this film, but I can’t get into it any further without taking a turn down spoiler street, and I can’t do that here, so check out The Resistance Broadcast later this week for my full thoughts on everything this film brought to the table. 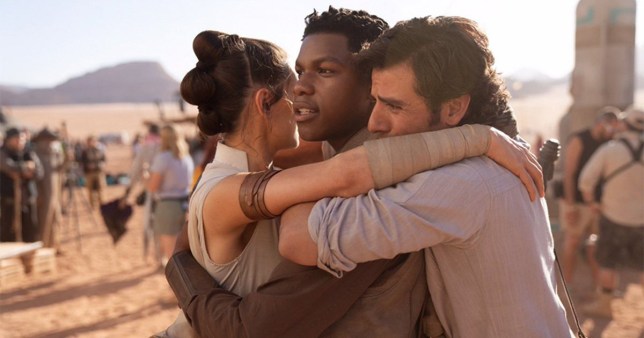 Overall when I think about the task of ending a saga, which happens to be the most fan-cherished saga that has spanned five decades, I think The Rise of Skywalker was a satisfying and strong final chapter. The epilogue ending made me very happy. I had a lot of fun watching this movie, and at times I felt like a little kid again. I pumped my fist in the air more times than I can count, and cheered and smiled often. There will be unhappy fans, but what ending doesn’t leave some people disappointed? That’s just how things are today. I get it.

If you enjoy escaping into this wonderful galaxy far, far away, and have been charmed by this fun franchise George Lucas created for us to play in, you will have a blast with Star Wars: The Rise of Skywalker. It packs a punch in spectacle, action, has a lot of heart, and as Carrie Fisher once described Star Wars:

“It’s about family…and that’s what’s so powerful about it.” 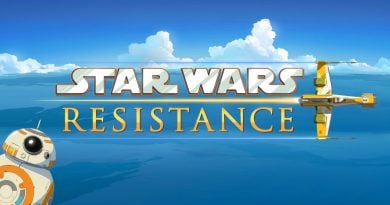 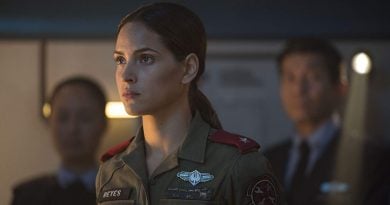 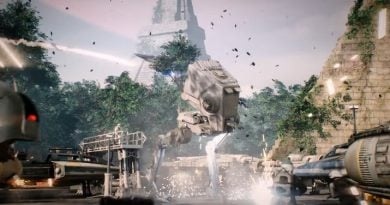