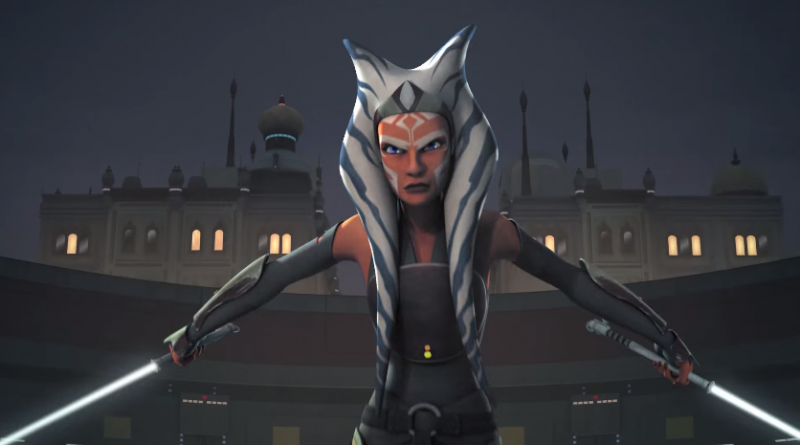 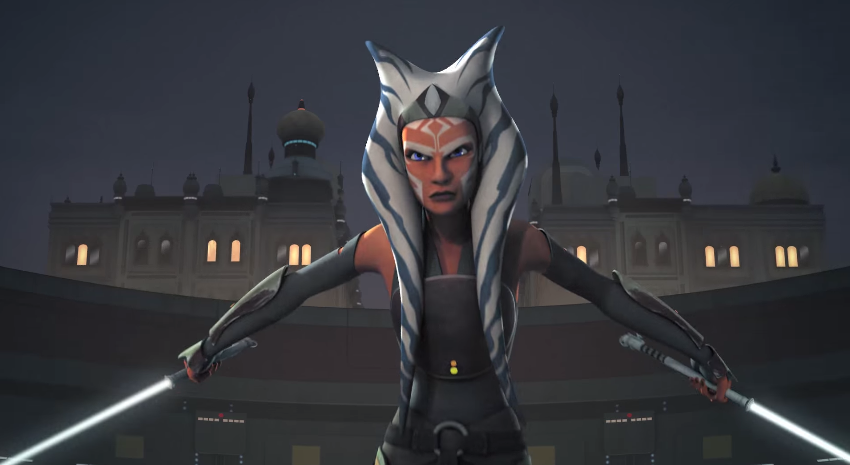 Some potentially very exciting news from a Japanese movie news outlet, Sora News 24. JJ Abrams teased a potential cameo of beloved character Ahsoka Tano, from The Clone Wars and Rebels, when the interviewer mentioned she’s their favorite character. If Ahsoka Tano appears in The Rise of Skywalker this would be a huge and would certainly help fulfill the promise of the final film tying together many characters and events across all eras of the Skywalker Saga.

First of all, we’ll let you judge Abrams words for yourself.

Abrams: By the way, who’s your favorite character?

P.K.: Me? Ahsoka Tano. Sorry for picking someone who only appears in the animated stuff [Star Wars: The Clone Wars and Star Wars Rebels], but I really like her positive, determined personality.

Wow. So, a couple things fans may want to consider before getting our hopes up at the possibility of Ahsoka’s appearance. JJ saying to the journalist they should “watch closely” suggests Ahsoka’s cameo will be along the lines of an Easter egg. This wouldn’t be the first time elements from the animated series would pop-up in a live-action film. In Rogue One, you can see astromech droid Chopper scooting around the Rebel Base on Yavin IV for a quick moment. We also hear General Syndulla being requested over the intercom system, as well as the Ghost dropping out of hyperspace to join the Rebel Fleet during the Battle of Scarif. Most likely, taking JJ’s comments into consideration, Ahsoka’s appearance will be as brief and fleeting as these Easter eggs.

When would she show up in The Rise of Skywalker? It would seem the way to most effectively bring her prescience into the story to fight alongside the Resistance would be this massive battle we’ve seen glimpses of. And if you look closely, a familiar ship from her past already appears to be there. 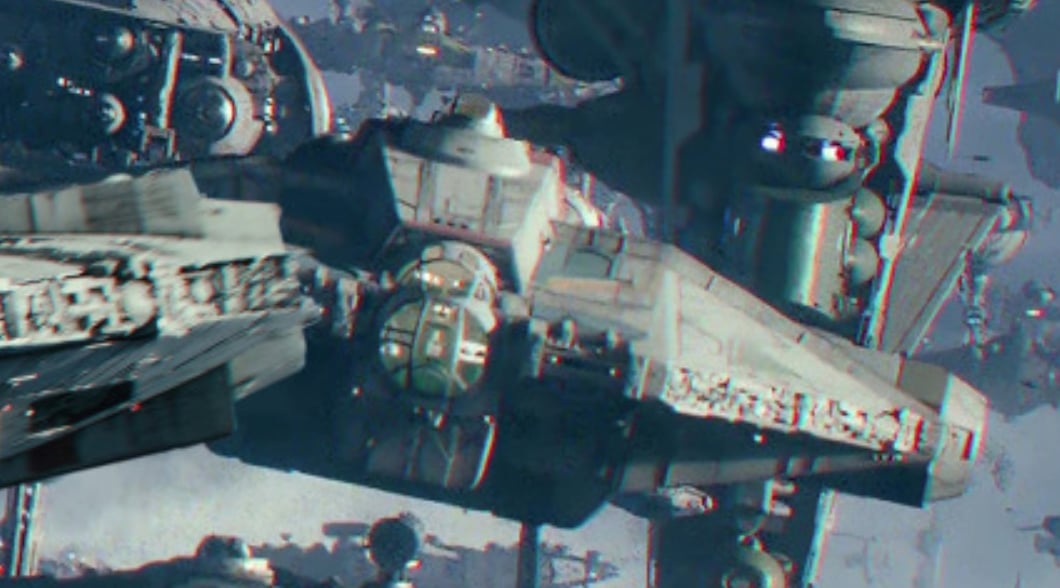 Is it possible since we last saw Ahsoka depart Lothal with Sabine – with the assumption they’d be headed for the Unknown Regions to search for Ezra Bridger – the former Padawan and Mandalorian have reunited with the Ghost crew to join the fight? Imagine in the film, the Millennium Falcon has ships checking in, similar to both Death Star battles from the original trilogy, and we get a quick shot of the aged heroes of Rebels announcing their presence as the battle gets underway. It would be an excellent way to give an exciting cameo to all the characters, but without confusing more casual fans who may not be familiar with The Clone Wars or Rebels. We know they all survived the Empire and it’s not crazy to think they’d all still be alive in the sequel trilogy era. Furthermore, this would open the door for more stories to be told with these characters in future series, animated or live-action, now that we know they were around during the three-decade gulf between trilogies. Please keep in mind this is entirely speculation and we don’t have confirmation the ship pictured above is the Ghost. It could just be a random VCX-100 joining the battle, but the similarities of the two ships are striking (note the faint orange lines on the upper part of the hull, near the cannon turret). 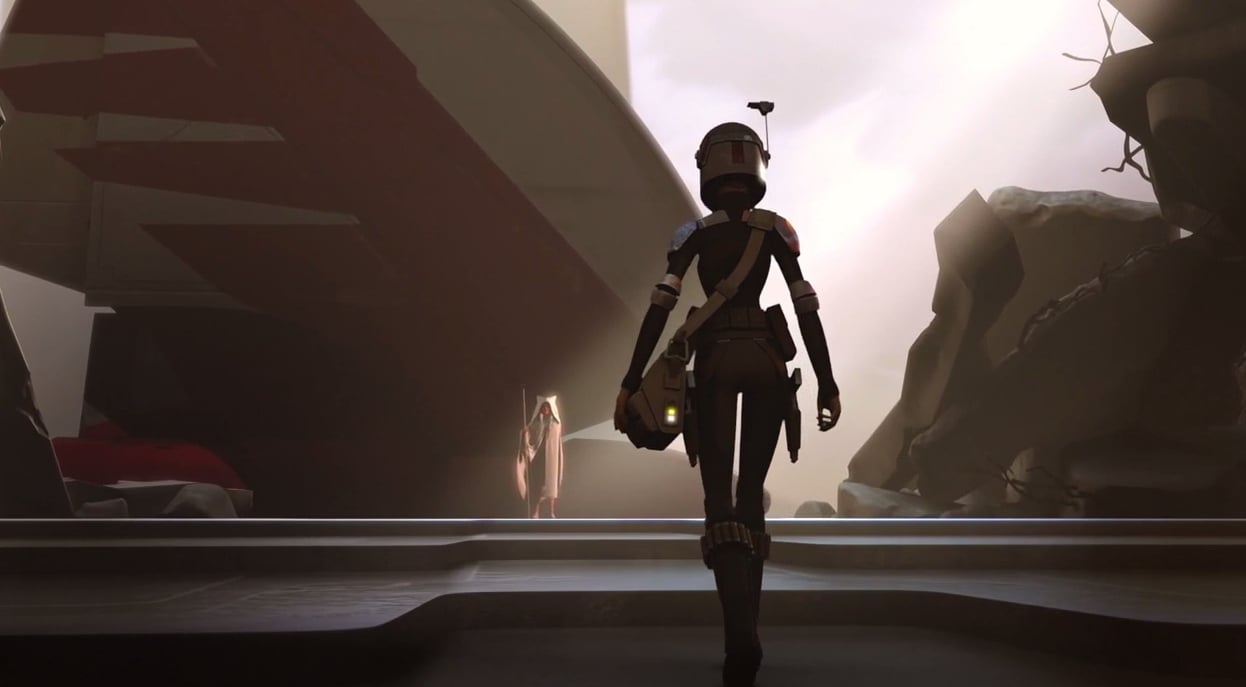 However Ahsoka appears, fans will no doubt be thrilled to get their first glimpse of a live-action appearance. Sounds like we should all be paying close attention to every shot in The Rise of Skywalker. This news is also bound to make fans wonder what other treats JJ Abrams may try to sneak into the background. We’ll have our answers next week! 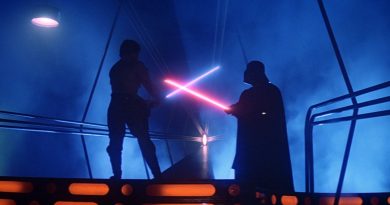 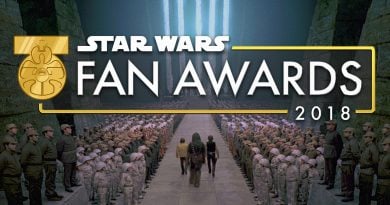 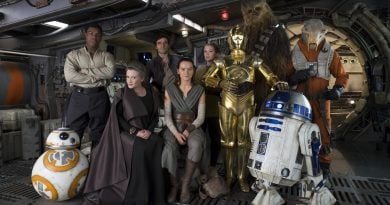