The Mandalorian: “Chapter Three – The Sin” Review, Giveaway, and Discussion

“Chapter Three – The Sin” definitely ramped up the action in The Mandalorian. The Mandalorian delivers the asset, but nothing is that simple, as his past reminds him he walks the path of “both hunter and prey”. We’ve got your spoiler-free breakdown of “The Sin” and a chance to win a Black Series figure of Rey after we melt down all that beskar steel. 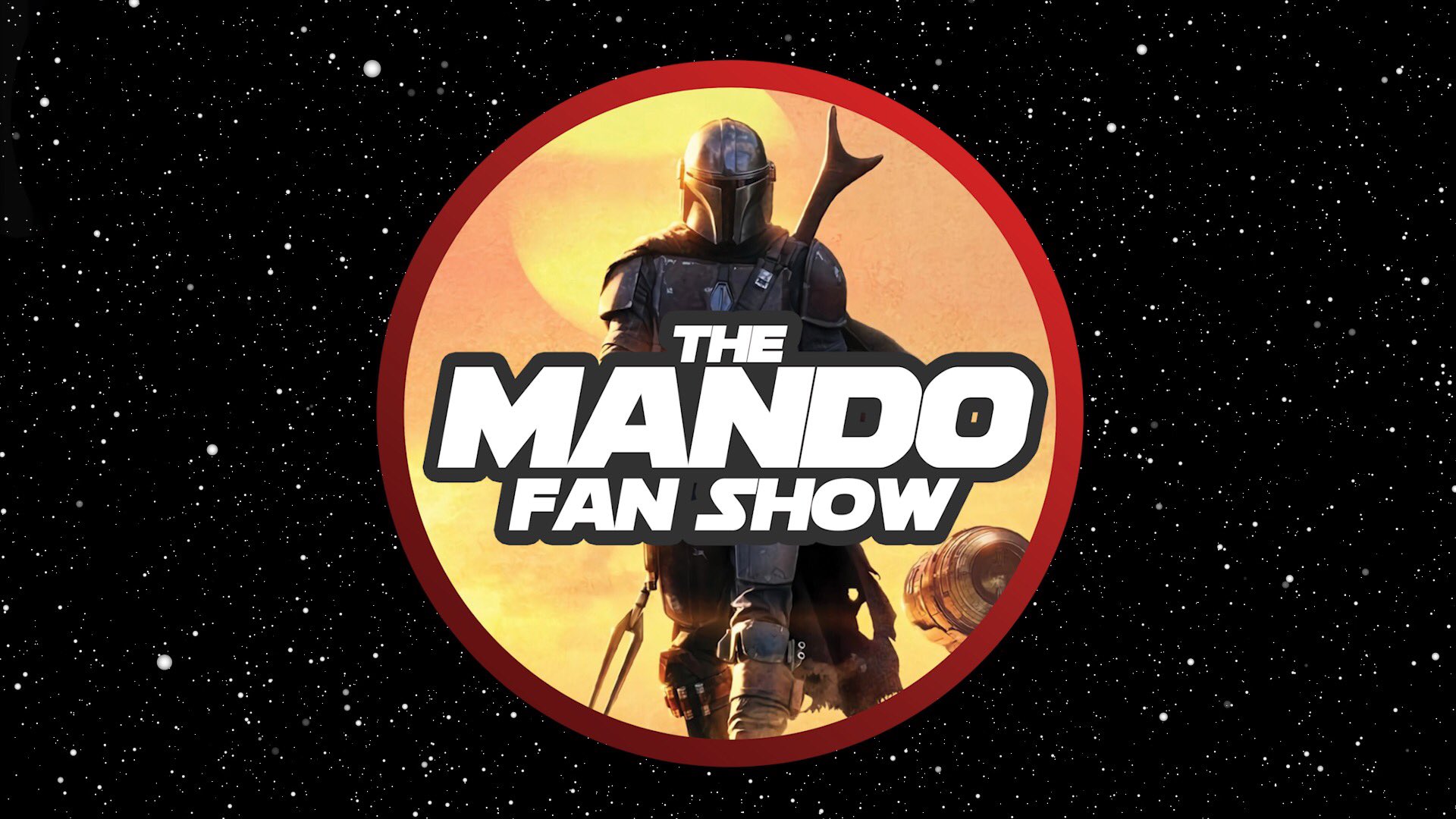 Be sure to check out an all new episode of “The Mando Fan Show” later today with hosts John, Lacey and James of The Resistance Broadcast as they dive even deeper into the second installment of this week’s The Mandalorian. On this episode, their guest will be Johnamarie Macias (@BlueJaigEyes) and I’m sure everyone will have a lot to say about this exciting episode!

Where do we start? Although the run-time of these episodes is shorter than many expected, I’d say “The Sin” told the story it needed to very well in the 32-minute (37 total, if you count recap and end credits) window. It should definitely be noted this is the first live-action Star Wars feature from a female director! Director Deborah Chow, who will be helming all episodes of the upcoming Kenobi series, knocked this episode out of the park and I’d say this is easily the best episode of the series so far. A female director has been long overdue in Star Wars, and I have no doubt fans will be thrilled with this debut from Chow.

“The Sin” sees the Mandalorian handoff Baby Yoda to the mysterious client (Werner Herzog) and Dr. Pershing (Omid Abtahi). Once he’s collected his payment, the Mandalorian’s memories from his past and the possibilities of his future cloud his path forward. Since we are still in spoiler-free territory, I’ll remain vague, but this episode definitely exposes more of who the Mandalorian is underneath the helmet – as well as what it means to be a Mandalorian at this time in the galaxy. Deborah Chow guides a very dense script from Jon Favreau at arguably the most rapid cadence of any episode so far. Don’t blink during “The Sin” because you are bound to miss something if you do.

The Mandalorian certainly feels like it is picking up speed and the story of what this first season will be is quickly coming together. Now that the Mandalorian has made his choices, the following episodes will no doubt show us the consequences and rewards of them. This is certainly a hint of where our characters morals lay but as the story continues I don’t expect that to be as cut-and-dry as it may appear. This episode is definitely the most distinct in terms of visuals and action. Fans will no doubt be talking about the last few minutes of this episode, so beware the spoilers out there.  “The Sin” is another promising sign of more great episodes to come.

Before we get into some spoiler-filled thoughts, don’t forget to leave a comment below with your own personal thoughts on this episode. Was the run-time too short, too long or just perfect? Anyone spot that Easter egg prop from The Empire Strikes Back? How is your Mandalorian cosplay coming along? Let us know below and we’ll enter you into this week’s giveaway. Last week, our random generator chose brian as our winner. Congratulations! Send an e-mail to viralhide@gmail.com for shipping details. This week, we’re giving away a Black Series figure of Rey from The Rise of Skywalker . 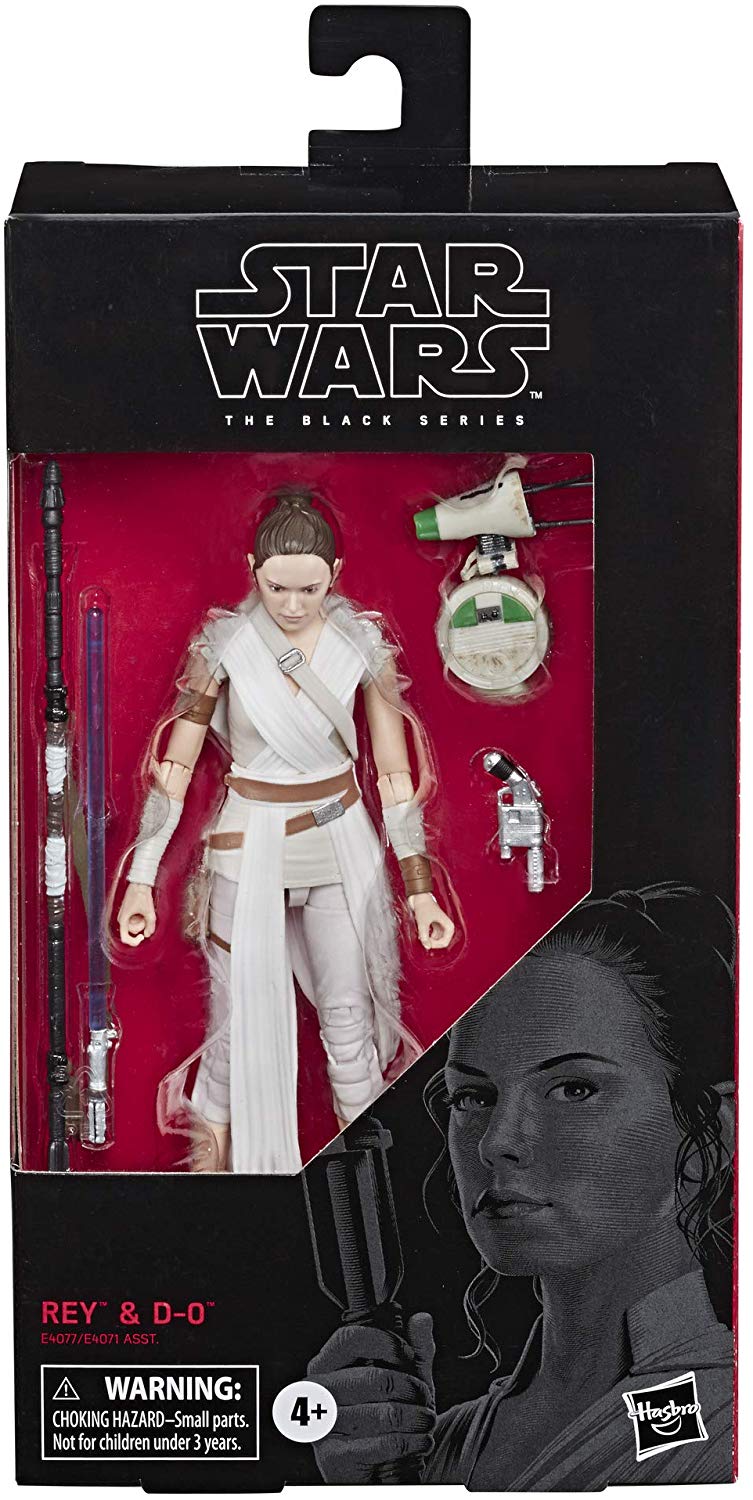 If you haven’t seen “The Sin” yet and want to avoid spoilers, now’s the time to step away.
SPOILERS AHEAD….

The Mandalorian’s concern for Baby Yoda was strongly highlighted in “Chapter Two – The Child”, in my opinion. As they approach the delivery, Baby Yoda has regained consciousness and the Mandalorian patiently keeps him confined as the child explores the controls of the Razor Crest. Pedro Pascal’s performance has done a remarkable job conveying the Mandalorian’s regard for Baby Yoda’s well-being. We know the Mandalorian himself lost his parents at young age and is a “Foundling” in what’s left of Mandalorian culture. His protection of Baby Yoda could be related to a higher bounty for bringing the little fella in alive, but in this episode we find it’s more than that. We also learn Baby Yoda is a male of whatever this species is, confirmed by Doctor Pershing.

We return to the lair of the mysterious Client, who pays the Mandalorian the cache of beskar steel as promised. Note the ice-cream maker prop/Easter egg – a throwback from The Empire Strikes Back moment where a fleeing Cloud City resident can be seen carrying a similar storage container. This container is filled with more beskar than there are Mandalorians, as the Client notes, once again hinting the Mandalorian culture is nearly extinct at this point in the galaxy’s history. I’m really curious what the Client’s relationship to Mandalorian culture is, since he seems to regard them highly and has now lamented a few times how they are mostly gone from the galaxy. When the Mandalorian inquires about the fate of Baby Yoda, the Client reminds him the Bounty Hunter’s Code doesn’t permit such questions. With some reluctance, the Mandalorian takes his leave of the job. Is anyone else wondering what the Client did for the Empire?

One of my favorite scenes from “The Sin” is the Mandalorian’s return to the Armorer (Emily Swallow). As we saw in the previous episode, Mando’s armor has taken quite a beating, so he’s going to use the beskar to start over. Interesting note, when he recounts his battle with the mudhorn, which helped him get the beskar, the Armorer suggests a mudhorn for his signet, but Mando refuses because Baby Yoda (referred to as his enemy who didn’t know he was his enemy) aided him. The other Mandalorians in the Tribe have taken notice of Mando’s healthy stockpile of beskar and when they discover it’s ore raided and reforged due to the Great Purge. Another Mandalorian, a character simply named  Paz Vizla (played by Tait Fletcher, voiced by unknown), is not happy about this. I have to say, Vizla’s voice sounds a lot like Favreau, but his vocal cameo is unconfirmed at the moment. Wouldn’t be the first time Favreau voiced a Vizla.
This leads to a tussle between Mando and Vizla. Vizla remarks one of the reasons the Tribe must hide is because of the Great Purge. A larger threat toward the surviving Mandalorians is also suggested, as both the Armorer and Vizla remark the Tribe must stay hidden to survive and can only emerge from the subterranean bunker one-at-a-time. An altercation breaks out between Vizla and the Mandalorian,  but the Armorer reminds them it’s pointless to fight, since the Empire is gone and they’ve reclaimed the beskar. She reminds both Vizla and Mando they are cut from the same cloth of Mandalorian. This was my favorite scene from the episode. Deborah Chow did an excellent job of building up the tension, while giving us a quick history lesson, and also cementing the bond between members of the Tribe and how important the survival of Mandalorian culture is to them. The Armorer agrees to make new components for Mando’s armor, as well as a deadly weapon called “whistling birds”, and Mando reminds her to save some beskar for the Foundlings – who the Armorer reaffirms are their future.
As the armor is being forged, we get another glimpse at Mando’s childhood. We still aren’t sure what planet we are seeing, but a major reveal confirms the home planet of Mando likely came under attack during the Clone Wars by the Separatists. We get an unmistakable cameo by a B2 super battle droid before the flashback ends. This suggests Mando was likely saved by the Tribe and ultimately chose to live the life of a Mandalorian, especially considering the Armorer referencing his “choice” earlier. I’m looking forward to seeing more of the Mando’s past. How do you guys think Mando came to be in the Tribe and rise to the prominence he has?
Mando returns to get back to work, getting more jobs from Greef Karga (Carl Weathers) in the same cantina we met him in before. When Mando enters, he feels the dagger-gaze from every other bounty hunter in the room who  he learns were also looking to get Baby Yoda. He asks for another job, despite Karga’s suggestion he should enjoy the spoils. But there’s no shaking the thought of Baby Yoda’s fate for Mando, who inquires about it to Karga, who again reminds him those kind of concerns go against the Bounty Hunter Code. A big takeaway from this scene and the previous one with the Tribe – Mando feels bound to two different codes, one of the Mandalorian and the other of the Bounty Hunter’s Guild. They’ve been on a collision course and we finally see the collide when Mando decides he won’t leave Baby Yoda in the hands of the Client and Doctor Pershing.

Mando storms the fortress of the Client and retrieves Baby Yoda from a terrified Doctor Pershing, who proclaims he’s been trying to protect Baby Yoda. Pershing insists if it wasn’t for him, Baby Yoda would already be dead. I’m baffled as to what the Client and Pershing intend to do with Baby Yoda. Before Mando’s assault on the facility, he overhears a conversation between the Client and Pershing and the former seems to really want to be done with Baby Yoda, instructing the doctor to “extract the necessary material and be done with it“. Hmmm…if this is a clone of Yoda (as Pershing’s clone signet subtly suggests) would it make sense for them to be extracting midi-chlorians? Also, the Client refers to someone they work for whom they will deliver Baby Yoda to. What do you guys think the endgame was for the Client and Doctor Pershing?

Once Mando has blasted through all of the stormtroopers and made his escape, every tracking fob we saw earlier in the cantina is activated again. Now, Mando has to deal with every hungry bounty hunter who wants a second chance at snatching up Baby Yoda. What follows? Well, one of the most exciting Star Wars action sequences I’ve ever seen. All while carrying Baby Yoda, Mando manages to go up against all these bounty hunters. Just when he’s cornered, the entire Tribe, led by Vizla, emerges and storms the group of bounty hunters. Multiple Mandalorians in jetpacks and everything awesome we’ve seen in The Clone Wars and Rebels, only this time it’s live-action! They cover for Mando and Vizla urges him to escape. Mando makes a break for it with Baby Yoda and has one last encounter with Greef aboard the Razor Crest, putting a blaster bolt in his chest, but we learn Greef survives thanks to his cut of the beskar steel stowed in his breast pocket (another classic spaghetti western throwback).

The Razor Crest dusts off and just before they enter space, Vizla flies along side Mando and salutes him. As the Mandalorian way states, Mando is now both hunter and prey, since a lot of people are going to be looking for him and the one he protects. Again, director Deborah Chow moved this incredible story along at breakneck pace, while still giving us a lot of information. A fantastic episode and The Mandalorian is picking up speed!
That’s all we’ve got for The Mandalorian this week but be sure to check out “The Mando Fan Show” and join us again next Friday when we discuss Chapter Four! What did you all think of “The Sin”? Sound off in the comments or head over to the Cantina to discuss!