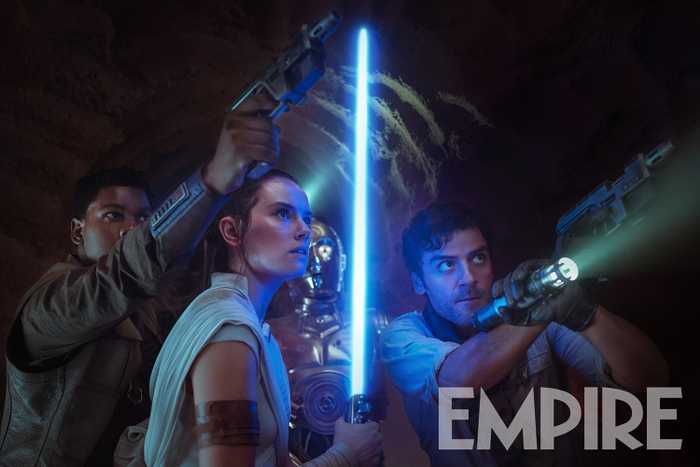 Two days ago Empire Magazine revealed the covers for their upcoming issue, covering The Rise of Skywalker. Now a new photo from the special coverage was revealed, featuring the main protagonists Rey, Fin, Poe and C-3PO in what appears to be some kind of cave, obviously worried by something they see.