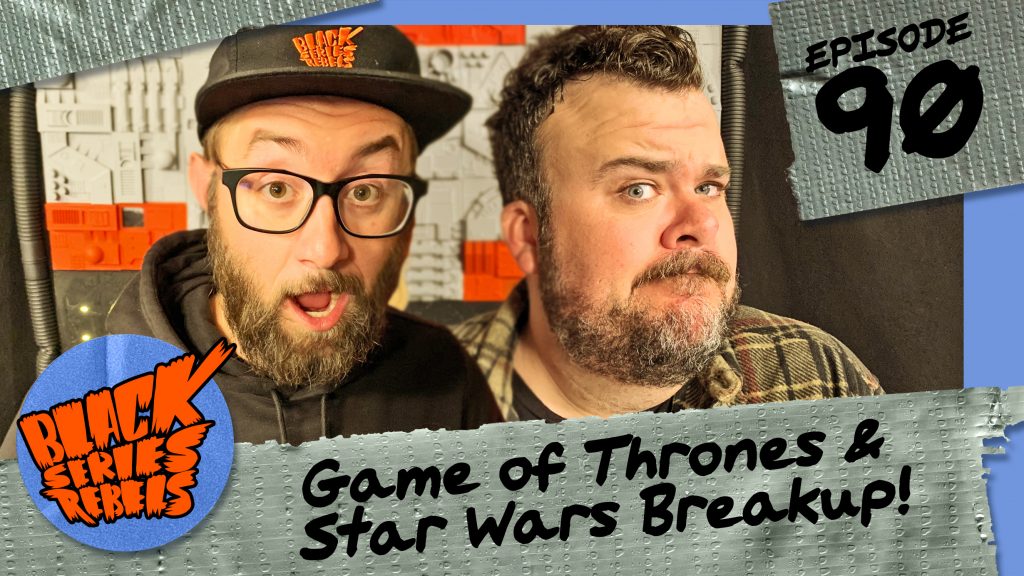 Here is the latest episode of Black Series Rebels! They give their take on the split between the Game of Thrones creators and Lucasfilm, and more! Check it out…

This week the boys breakdown and explain the recent breakup between the Game of Thrones writers and Star Wars. They also check out the latest character posters from The Mandalorian, discuss Ewan McGregor’s latest Kenobi comments, get stoked on the new Black Series figures revealed at Paris Comic Con, and get HYPED on the new trailers for The Mandalorian & Jedi Fallen Order!

In addition to their YouTube channel, you can find and interact with Alex and Steve on Twitter! Stay tuned for another “Oh so minty fresh” episode of Black Series Rebels!