Tony Gilroy, who helped significantly overhaul Rogue One: A Star Wars Story for Lucasfilm alongside original director Gareth Edwards, will be returning to tell a new story between rebel droid K-2SO and his human sidekick, Cassian Andor.

According to Variety, the director of Rogue One‘s reshoots will take part in writing and directing the Disney+ series, although unlike the creative team working on the Obi-Wan Kenobi show, it sounds like there will be other writers and directors involved in the project. Gilroy is currently confirmed to write the pilot episode of the series, and will direct multiple episodes.

Gilroy’s involvement in the series is certainly interesting, considering that he was pretty blunt about not liking what he saw when he was hired to patch up Rogue One, and that Star Wars isn’t usually his kind of thing. But based on his involvement with more than one episode of this show, it seems like he might just like the franchise enough to stay involved. Expect less about the mysticism of the Force from the perspective of people who can’t use it, and more about spy stories in a dark and troubled time for the galaxy far, far away. 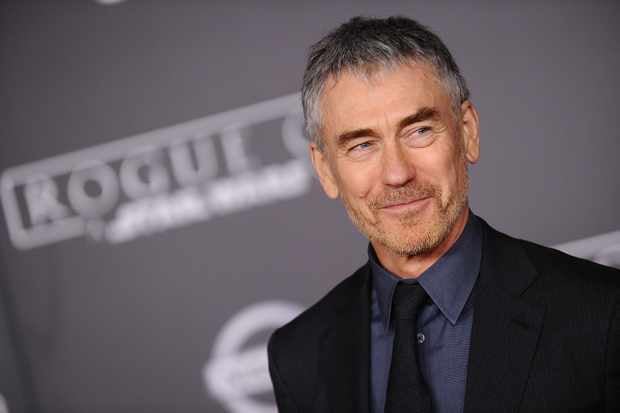 Set three years before the events of Star Wars: A New Hope, the Rogue One: A Star Wars Story prequel details some of the more underhanded tactical espionage operations that the Rebel Alliance had to take part in as a means of securing their first major victories in the Galactic Civil War. It seems that having the story unfold from the eyes of a Separatist-turned-Fulcrum-agent and a reprogrammed Imperial battle droid would be just as good a place as any to showcase that the Rebel Alliance wasn’t as heroic as we’ve always thought them to be, while also showing that the Empire is every bit as terrible as we’ve previously seen, if not worse.

The untitled Cassian Andor series will be showrun by Stephen Schiff and will feature episodes written and directed by Tony Gilroy. It stars Diego Luna and Alan Tudyk as their Rogue One characters Cassian Andor and K-2SO and currently expected to air on Disney+ at some point in 2021.