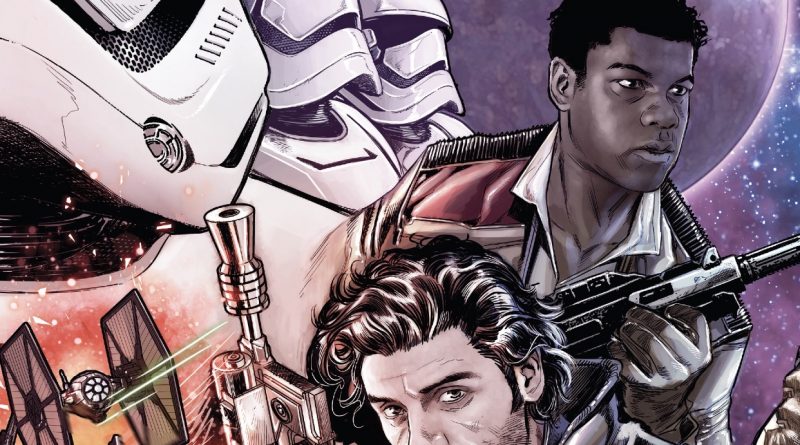 How ’bout that trailer?!? Now that we’ve gotten a glimpse of what’s coming in December, we can rejoin our heroes as they cross the galaxy in search of new allies and weapons to fight the First Order. It’s not joke the Resistance needs all the blasters they can get, so Finn and Poe are up against a group of bounty hunters who stand in their way of a weapons cache dating back to the Republic. While they attempt to gather firepower, General Organa, Rey, Rose, and Chewbacca deal with the a very unhappy Mon Cala government after a brawl between our heroes and some local instigators. The turmoil of the galaxy is palpable and our heroes are more vulnerable than ever. Not to mention the First Order is on its way. SPOILERS AHEAD…. 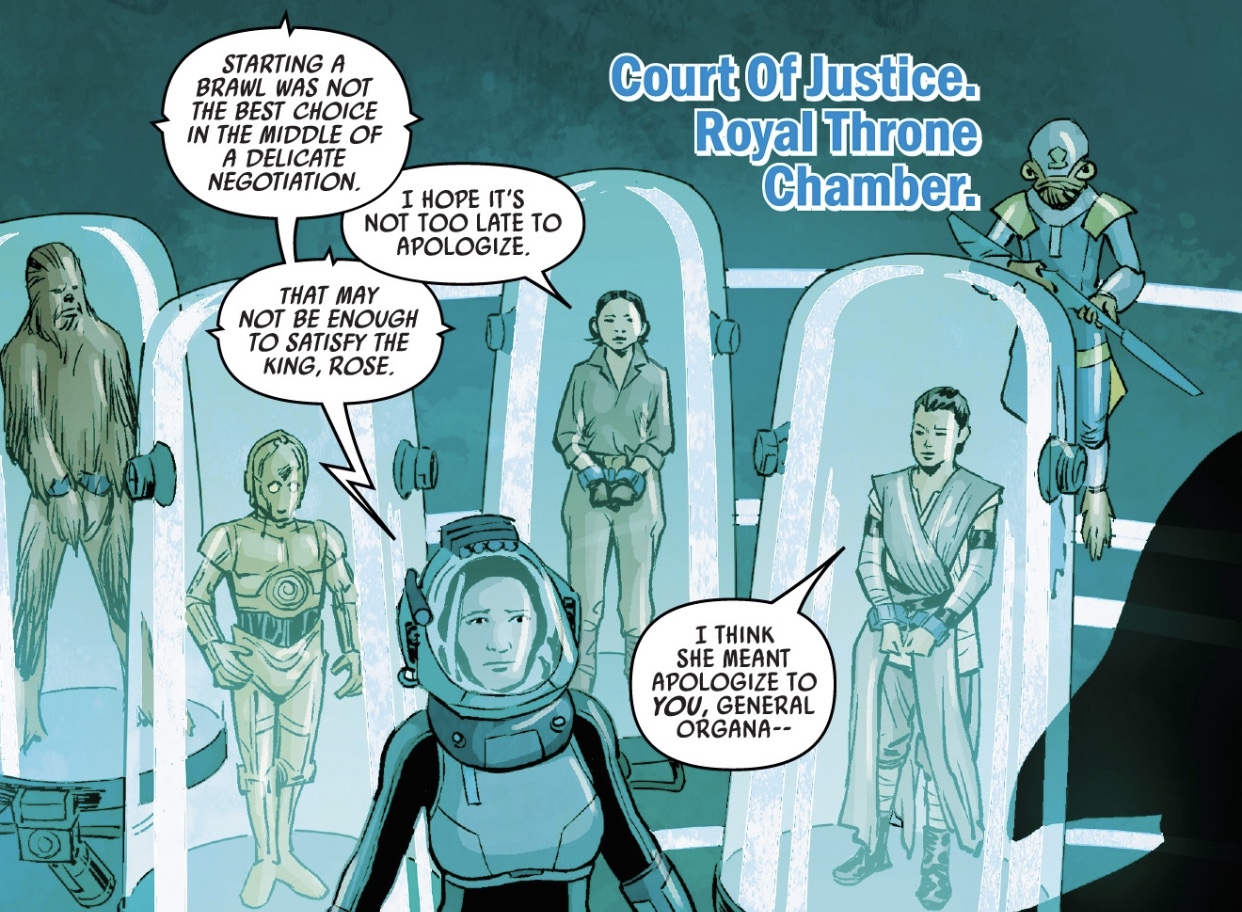 In the previous issue, General Organa did not find the allies she’d hoped to on Mon Cala. The watery planet has endured quite a bit in its history spanning this saga. The world has clearly grown weary of outside species and the galaxy and even with a supposed common enemy like the First Order there are those determined to keep the Mon Cala isolated. Right now, General Organa prepares to answer to King Ech-Char for the scuffle, which happened at the conclusion of the previous issue and was likely set off by supporters of the Quarren general – Nossor Ri. Rey points out they didn’t start the fight and Aftab suspects Ri is behind it. 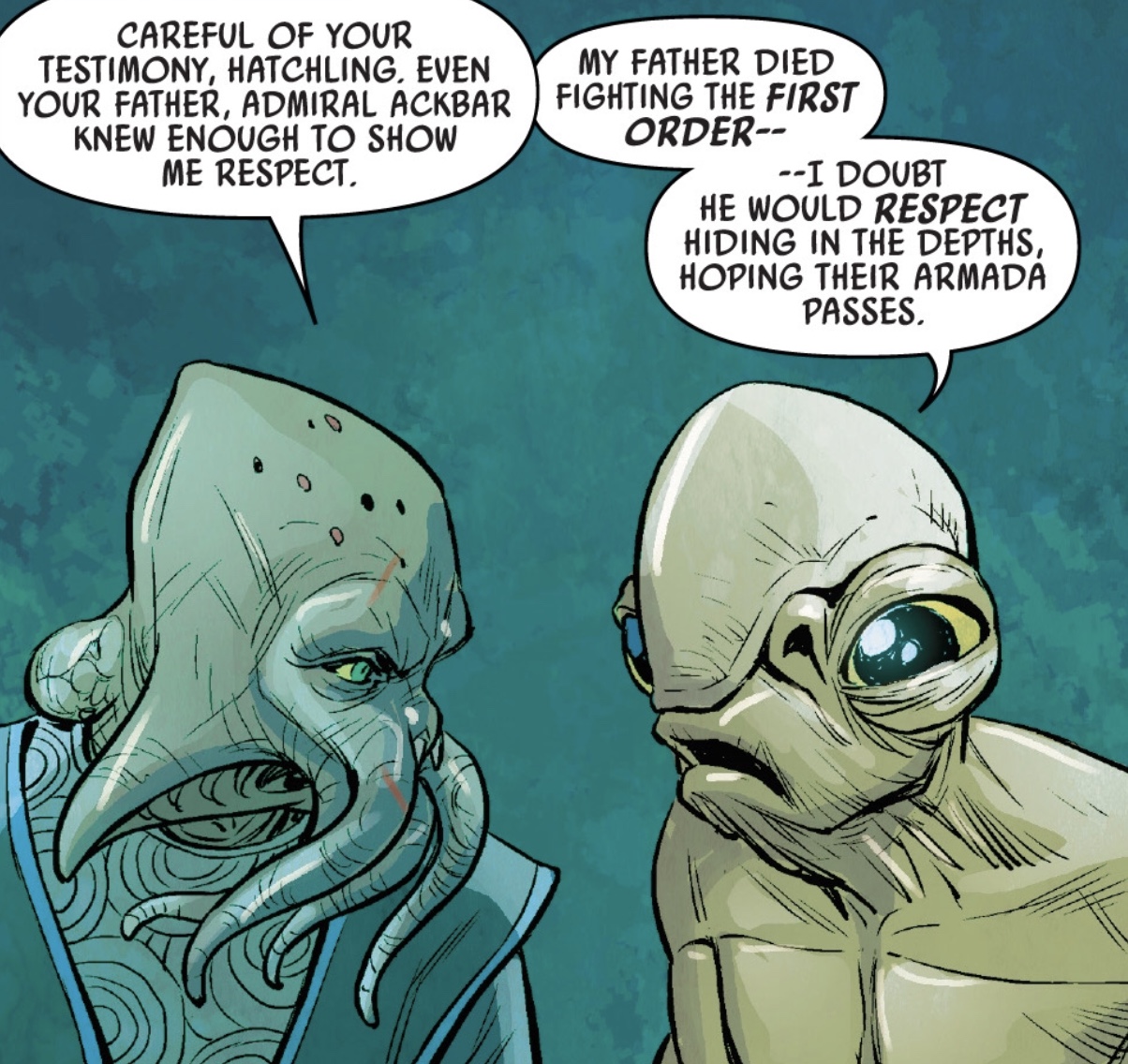 Clearly this is a world divided. General Organa realizes her arrival has stirred up a lot of bad blood and pleads for the arguing to stop. The First Order is rapidly overtaking the galaxy and she knows the urgency to stop, so there’s no time to bicker. Nossor Ri acquiesces for a moment but then proposes a much more swift way to settle their debate – the Ancient Rite of Challenge. The king is horrified at the suggestion, while Threepio explains to Rey it’s a fight to the death. Not the most unique or Mon Cala sounding name for an ancient ritual, but Rey sees her chance and speaks up, demanding they let her fight. She thinks she’ll be fighting Nossor Ri, but he is entering his security droid instead. Um…Game of Thrones much? I hope I’m not coming off too harsh, but this scenario has been done and done and done to death (no pun intended). The challenge is thrown down. 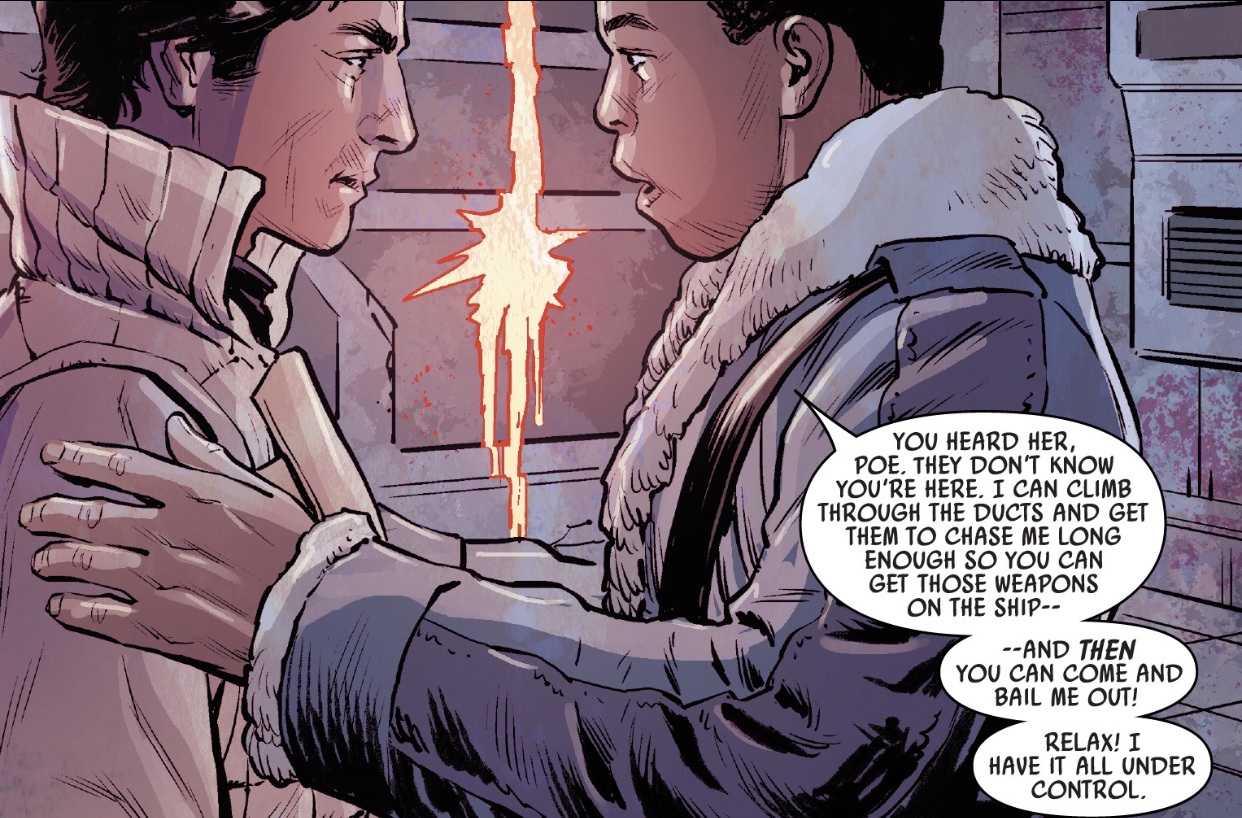 Finn and Poe are still trapped behind the blast door on the moon of Avedot. Finn has a plan to give himself up as a distraction so Poe can get the weapons cache loaded up on their ship. Once again, Finn demonstrates his bravery and selflessness for the better good. He’s clearly beyond his The Last Jedi escape pod jitters and is all in with the Resistance. I loved this frame by artist Luke Ross and colorist Lee Loughridge. It’s a great expression of the bond these two formed with their escape in The Force Awakens and it’s good to know that is still strong. Poe wants to help Finn, but he knows his friend is right. Finn eventually catches the attention of a bounty hunter, but it’s the changeling Remex.

Remex first morphs into a Lasat and then a Wookiee. When the rest of the bounty hunters hear the ruckus, they try to stun Finn but accidentally stun Remex. Finn is trapped, unarmed and his only hope is that Poe can get the weapons loaded fast enough to make it back in time to help him. These bounty hunters sure got mean since Galaxy’s Edge, where writer Ethan Sacks introduced them. Sure, they weren’t saints but they didn’t go around blasting everyone or working for the First Order. Did I mention how annoyed I am they are getting as much focus as they have been? That’s a rhetorical question. 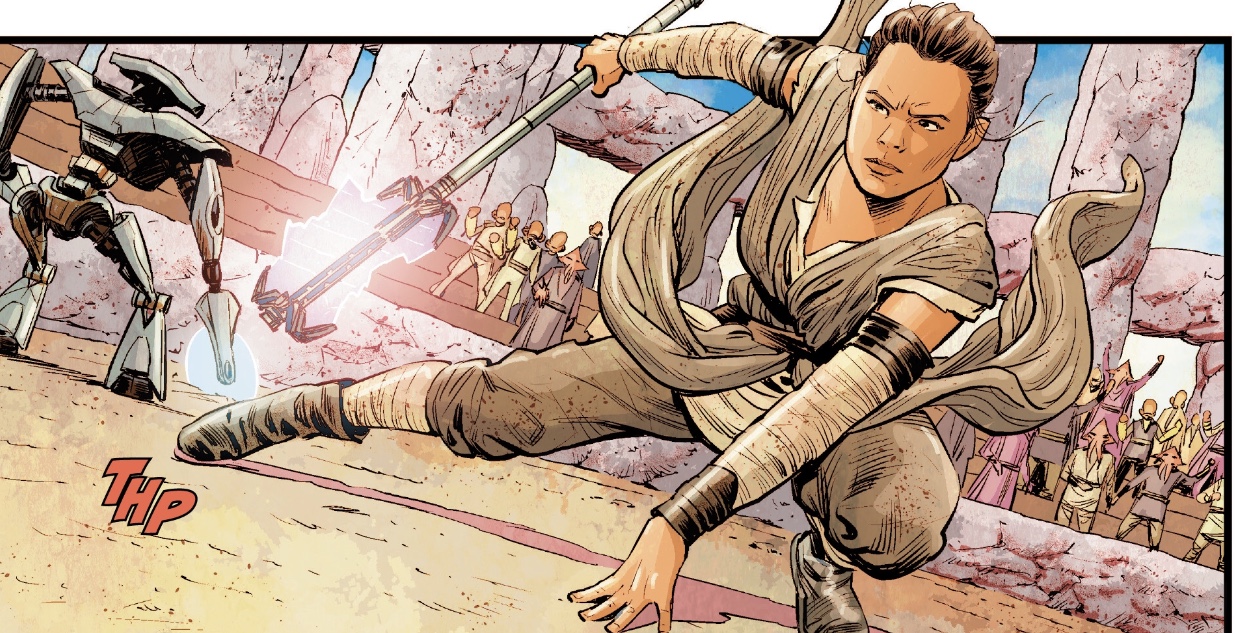 Rey is predictably doing well. So far, in the limited Journey to The Rise of Skywalker stories we have, Rey’s hinted at struggling with using the Force. She seems to have somewhat of a handle on it here. She’s in control and then suddenly the droid goes berserk. Rey struggles and Rose realizes her friend is in real trouble. Rose, with the help of Chewbacca, breaks free from her captors and moves to help Rey. 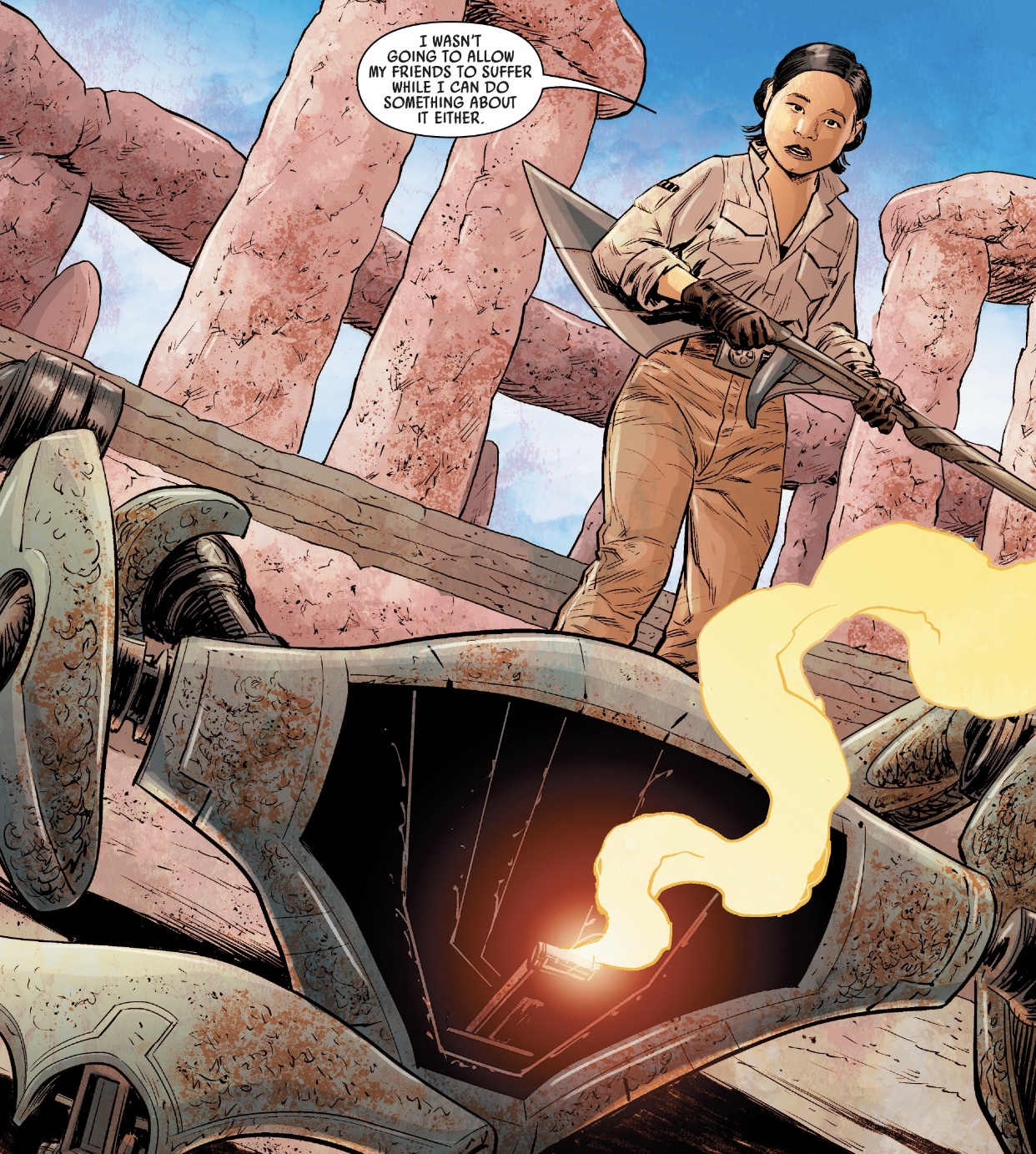 Once again, Rose to the rescue. One thing I think writer Ethan Sacks did a great job of highlighting in this series is the loyalty between the characters. They are very protective of one another, too. The themes of friendship, love, and courage are what make Star Wars so good and there is no shortage of those in Allegiance. Unfortunately, King Ech-Char doesn’t see it that way and Rose’s interference in the challenge is against the law. The king declares they must leave Mon Cala immediately. Rose feels bad but General Organa assures her she did the right thing – save what you love.

Finn’s managed to get his hands on a harpoon gun as one of the bounty hunters close in after a twisting chase. The much larger bounty hunter has overpowered him, so the harpoon gun is Finn’s last hope. What he doesn’t count on is the recoil. Once he fires the gun, the recoil knocks him unconscious and appears to pin his pursuer to a nearby wall. Poe is in the midst of loading the weapons and has no idea what happened. It doesn’t look like these two or the bounty hunters are going anywhere soon. 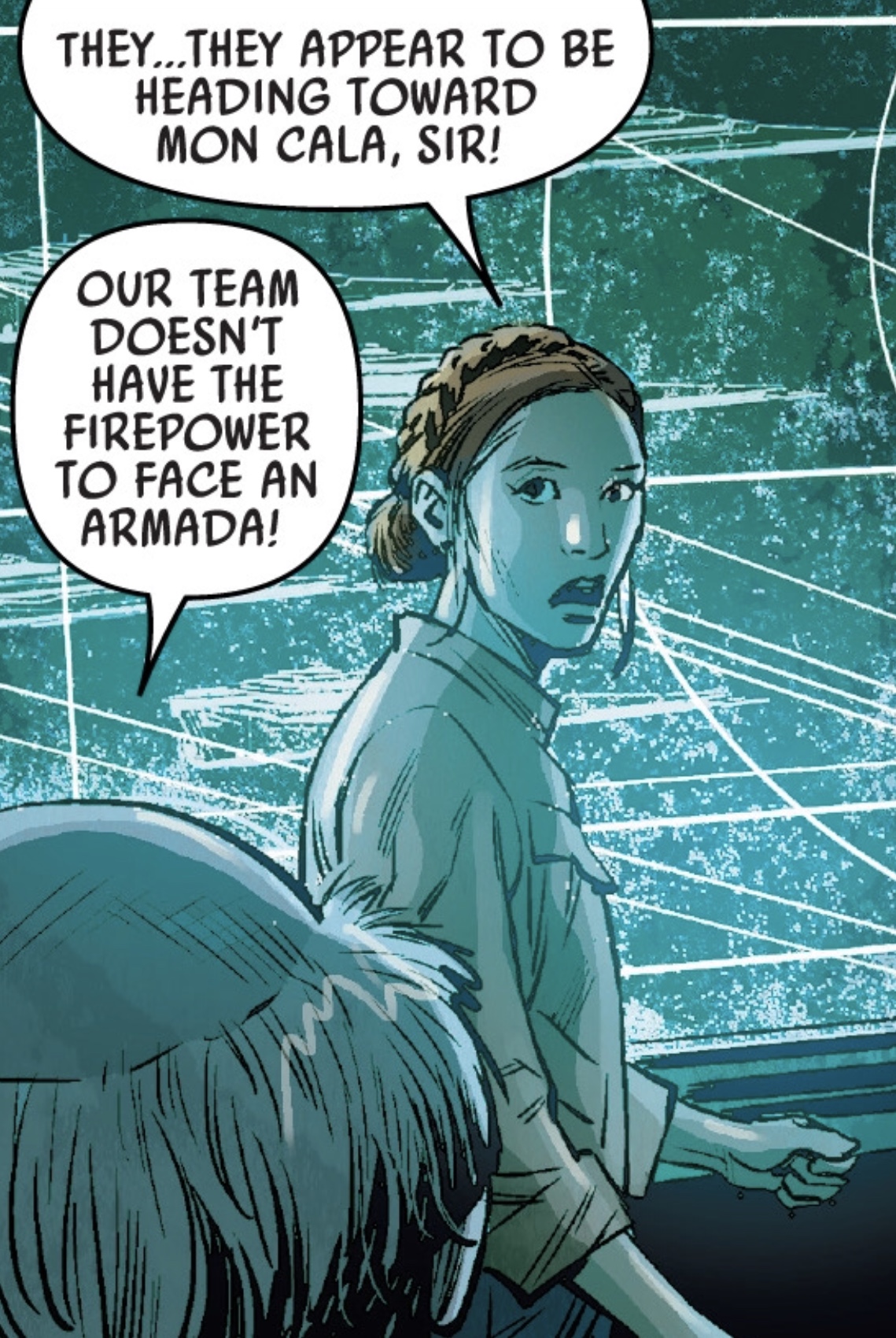 Meanwhile, at a remote Resistance base, Connix has made a discovery. If you remember, in the previous issue someone on Mon Cala contacted Hux and it looks like they convinced the wicked general their lead was worthy. There isn’t a great track record of Mon Cala faring well when the military might of an authoritarian regime arrives, so I’m a little worried for our sea dwelling friends. When Connix tries to contact General Organa she realizes it’s too late – the First Order is jamming all transmissions. That can only mean one thing… 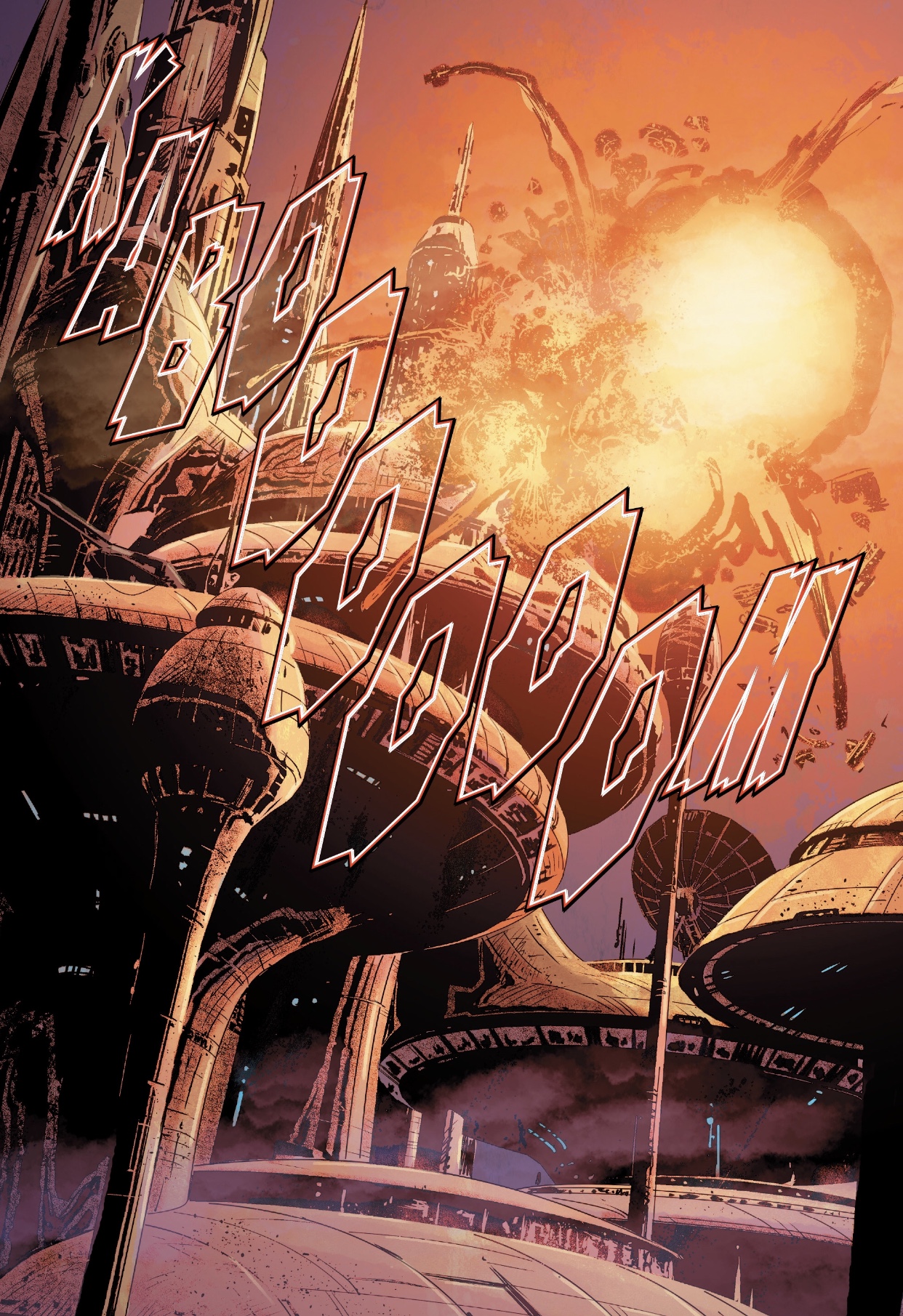 As our Resistance heroes prepare to depart, Rey spots someone dropping an unknown crate on their landing platform. When she calls out to them, the crate detonates. So, our heroes are stranded on Mon Cala with the First Order incoming. And there’s only one more issue left in Allegiance. Should be quite an issue!

I’m not going to keep griping about Allegiance but I’ll say I’m still pretty tepid on this series. It’s not bad but I had high hopes, especially since we don’t get to see these characters in original comic stories very often (save Poe, obviously) and at a crucial point between The Last Jedi and The Rise of Skywalker. If you couldn’t sense my hard eye-roll during the ‘challenge’ sequence, well, it was there. As I’ve said before, writer Ethan Sacks had a difficult job in bringing these characters to the page and I’ll reserve ultimate judgement until the final issue has been released. Don’t get me wrong, there are some great moments. Sacks has the characters down great and I am really grateful he continues to highlight their teamwork and friendship. Let’s just get some good villains thrown at them instead of boring bounty hunters and aggressive droids. Raise the stakes. That’s all I’m saying. 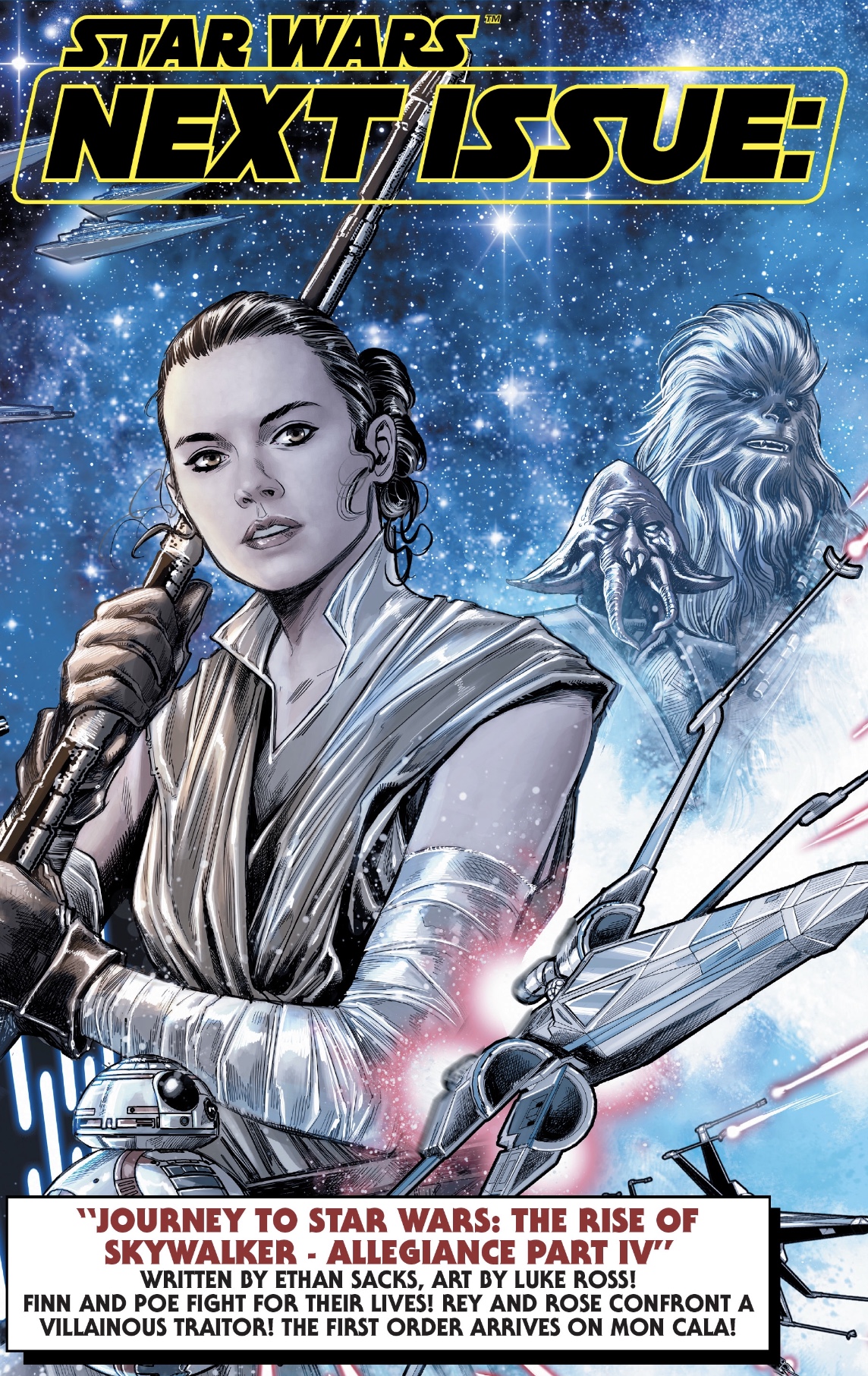 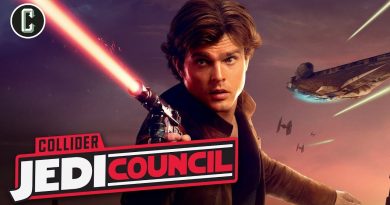 Collider Jedi Council: What’s Next For Star Wars After ‘Solo’? 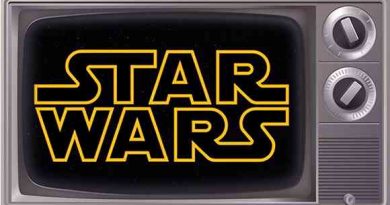 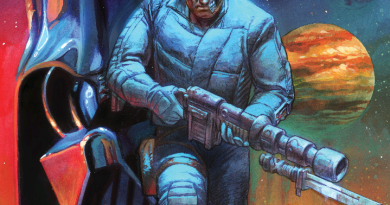