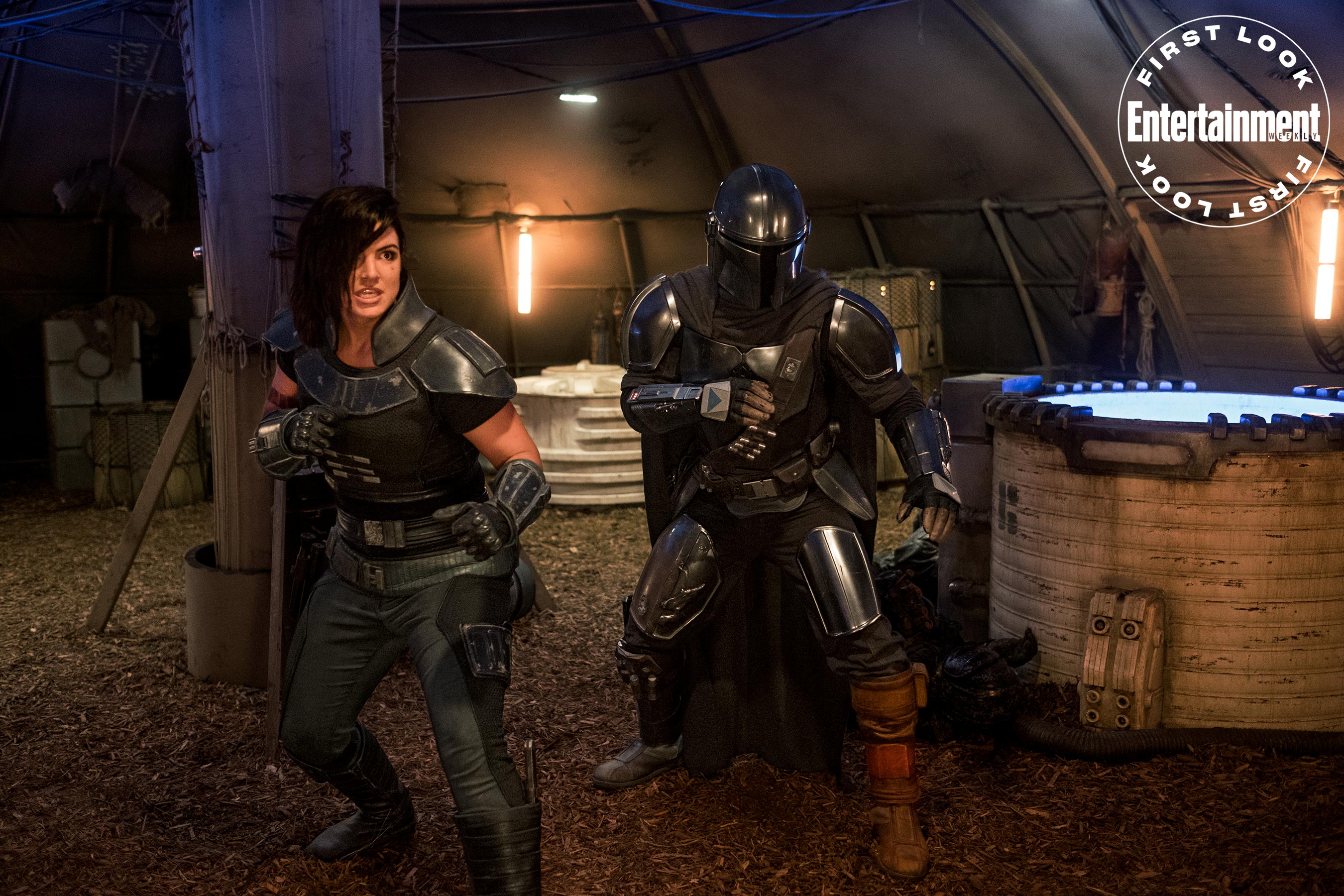 Entertainment Weekly released another photo from the forthcoming Disney+ series The Mandarlorian. With the Star Wars series due to drop in November, we’ve still seen surprisingly little in terms of images and footage. Anything we get feels like a revelation so it’s understandable fans would be very excited to see the characters Cara Dune (Gina Carano) and the Mandalorian (Pedro Pascal) in action. Not only do we get an intriguing image, but a few details from Gina Carano about her character.

Gina Carano on her character from Entertainment Weekly:

“She’s gone from planet to planet. She’s a loner. She’s strong. She runs into the Mandalorian on one of these planets that she’s hiding out on and thinks that he’s there to take her in and then their relationship escalates from there.”

In a recent article we shared Giancarlo Esposito’s comments to IGN about his character, Moff Gideon, and the state of the Imperial remnant in the show. While defeated, the light of the Empire has not yet been extinguished in the galaxy. Struggling to regain a semblance of order in the galaxy, Moff Gideon seems to be waging a small war of his own against bounty hunters, professionals who make a living sowing disorder and chaos, so it appears that he will be a primary antagonist in the series against the Mandalorian. But if there’s anyone that a former Imperial Moff would utterly despise, it would be an ex-rebel, like Cara Dune, so it will definitely be interesting to see the bounty hunter and the rebel teaming up and facing off against their common enemy this November.