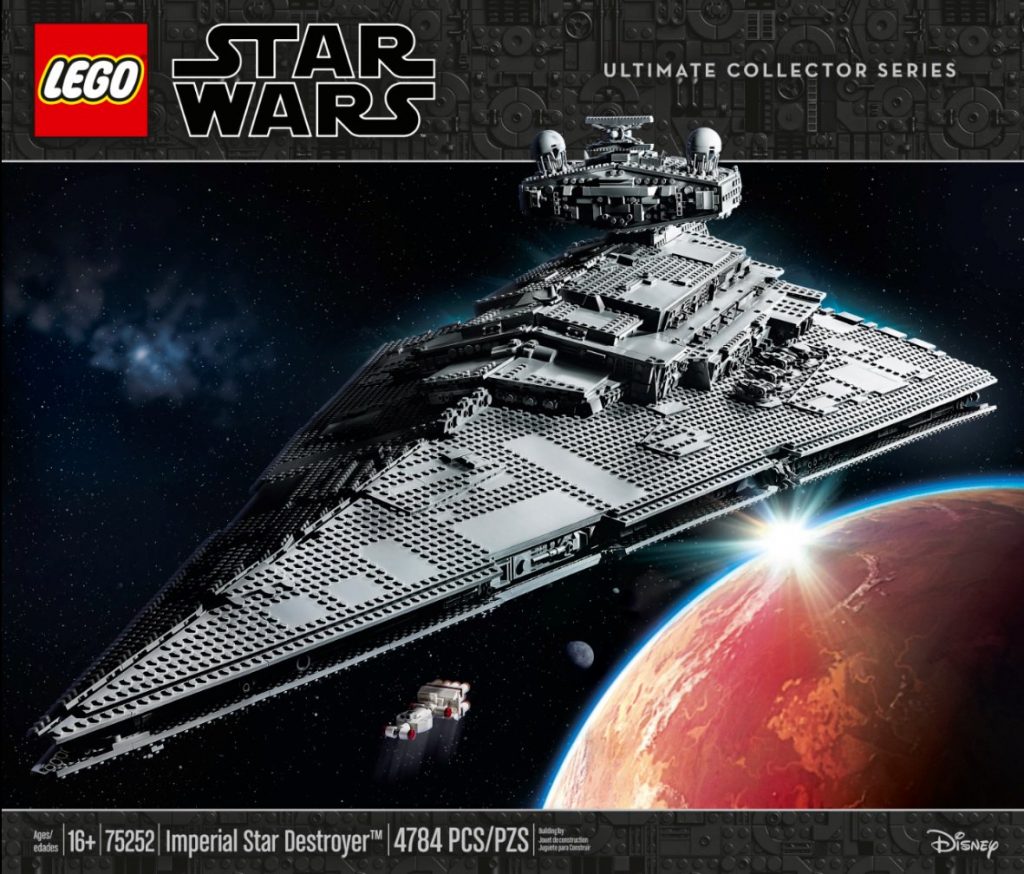 LEGO has recently announced the arrival of an Imperial Star Destroyer to the Ultimate Collector Series later this fall.

The newest addition to the Ultimate Collector Series isn’t just any Imperial Star Destroyer, but rather the Devastator from the opening sequence of Star Wars: A New Hope. The set contains 4,784 pieces and when fully built stands over 17 inches high and 43 inches long. Let’s just say you’re going to need a lot of space for this monster.

The Imperial Star Destroyer includes swiveling guns and tilting radar dish and comes with both an Imperial officer and crew member minifigures. The set even comes with an attachable scale version of the Tantive IV that you can build as well.

Build and display an icon of the Galactic Empire – the Devastator. With over 4,700 LEGO® pieces, this Ultimate Collector Series 75252 Imperial Star Destroyer model captures all the authentic details of the starship as it appeared in the opening scene of Star Wars: A New Hope, including swiveling guns, a tilting radar dish, huge engine exhausts, intricate surface detailing and of course a buildable scale version of the Rebels’ Tantive IV starship to chase down. This galactic civil war UCS set also includes a display stand with informational fact plaque and 2 Imperial minifigures, making it the perfect LEGO Star Wars collectible for discerning fans.

The Imperial Star Destroyer will be available at Lego stores and online here starting October 1, 2019. Lego VIPs will be able to purchase it earlier on Wednesday, September 18, 2019. The set retails for $700 USD. So will you be adding this to your collection?