Present for a panel at the Academy of Scoring Arts in Los Angeles, Don Williams, John’s brother and timpanist, revealed that work has already begun on a very lengthy score for Star Wars: The Rise of Skywalker.

For Star Wars fans, more is always better when it comes to John Williams’ scores. And it appears as if our ears will be treated to a lot of new and familiar themes from the Skywalker Saga come December. According to Don, John has “135 minutes worth of music to write – that kinda tells you how long the film is”. While this doesn’t confirm the movie’s running time (as a musical score is usually shorter than the film itself), this should serve as an indication as to a general idea for approximately where a current cut of the film may exist. Don does confirm that scoring has already begun and that “it is top to bottom music, we’ve done four days and we’ve just scratched the surface. We’ve got something like 34 minutes in the can.” In addition to creating new sounds, Don promises that we’ll be hearing plenty of familiar notes as well.

“Every theme you ever heard is going to be compiled in this last effort. Everyone – Leia, Yoda, Phantom, Darth, all of it is gonna be in there.”

As with the scores for The Force Awakens and The Last Jedi, Don hints that the themes may not be overtly played but hidden within certain scenes and pieces of music.

Regardless of how long the film ends up being, promises of new and old John Williams music should make any fan and cinephile excited to hear what’s in store for us come December.

Special thanks to @JWilliams_Fan for the find. 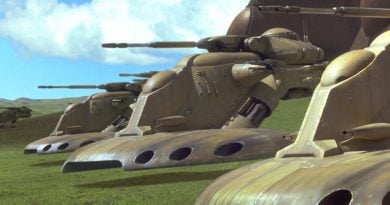 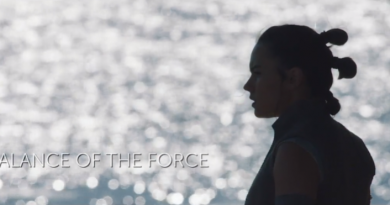 Balance of the Force: A Brief Look Behind the Scenes of The Last Jedi with Daisy Ridley