Rumor: Details on a Possible New Ship from The Rise of Skywalker - Star Wars News Net Go To Top
Skip to content 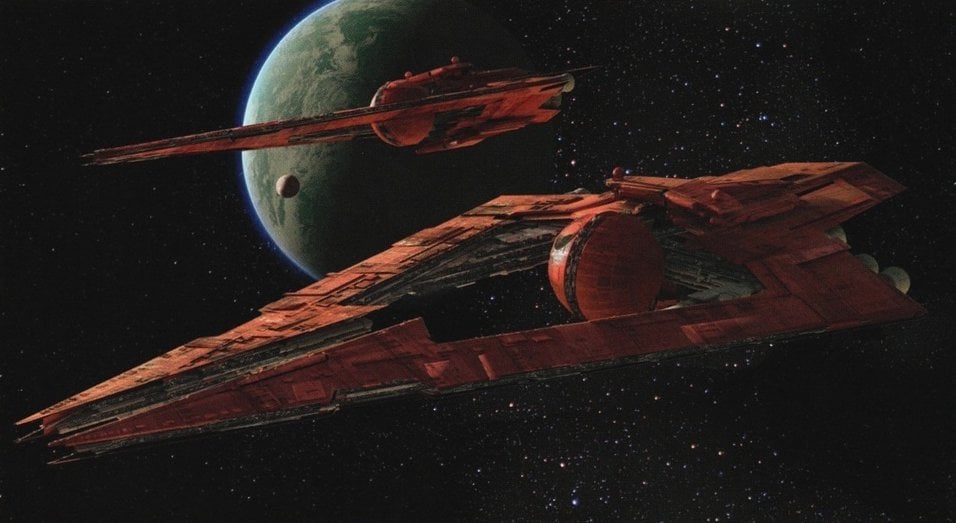 The release of The Rise of Skywalker is quickly approaching, and you know what that means…it’s time for some possible leaks and rumors. Making Star Wars recently posted an article sharing some information surrounding the recently revealed Sith Troopers and some new ships that will come into play in the final movie of the Skywalker Saga. We’ll take a look at those rumors as well as some new ship reveals for the Star Wars: Armada game from Fantasy Flight Games.

First, let’s talk about the Sith Troopers and the possible new superweapons of TROS:

The Sith Stormtroopers have been hidden away in the unknown regions. It is apparently hellish in those areas. The universe is “not entirely stable.” The area is dangerous and full of peril. Since Emperor Palpatine’s death the fleet has been dodging gravity wells and surviving in the wilderness of space in the unknown regions waiting to be found and to finish their mission.

The red Sith Stormtroopers which belong to Palpatine are hidden away inside a massive fleet, probably as a final act so upon his resurrection he could dominate the universe once more. However, the Death Star II wasn’t Palpatine’s last project. These Star Destroyers are equipped with “planet destroying weapons like the one on the Death Star itself.”

You can check out MSW’s report for some more potential details on Kylo Ren’s role in all this. Whether or not this rumor is true, it certainly would make sense in light of the larger story that has been playing out across all the Star Wars media in recent years. Both the Aftermath trilogy and the Battlefront games have established that Palpatine had a contingency plan that would be set in motion in the event of his death. 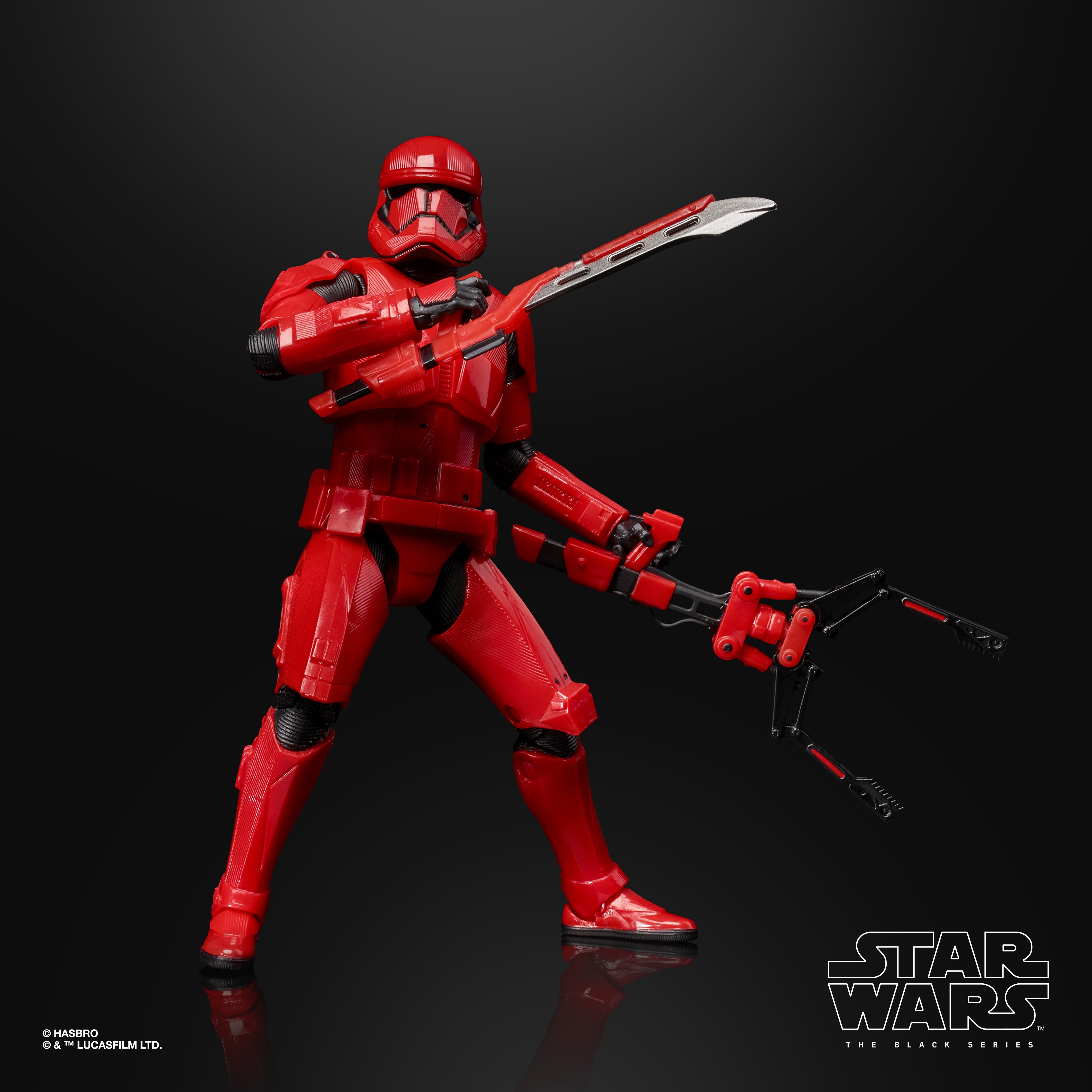 In the Thrawn novel by Timothy Zahn, the Emperor worked with the Chiss Grand Admiral to explore the Unknown Regions of the galaxy in effort to prepare for the future of his Empire. The contingency plan hinged around Palpatine’s view that an Empire that could not protect its Emperor was not worthy to continue. At the Battle of Jakku, the Emperor’s plan proceeded in an attempt to destroy the planet, taking the Empire and its enemies down simultaneously.

The remnants of his Empire would eventually be reborn as the First Order. But this is nothing new to fans who have been paying attention. What is new from this rumor, however, is the idea that the Emperor’s plans far exceed what we have seen on screen. Not only is Snoke just a puppet for the true leader of the Order, but the entirety of the First Order that we’ve seen thus far is a mere front, drawing the Resistance’s attention as the true threat, a “Sith Fleet” led by Palpatine himself, prepares for its assault from the Unknown Regions. How the Emperor survived the Death Star II reactor remains a mystery, but if true, this rumor points to a huge confrontation and some truly epic moments in the movie.

I think I speak for everyone when I say fans really don’t want to see yet another Death Star in this movie. But I have to admit that the idea of harnessing the same technology to be applied to a single Star Destroyer and having an entire fleet of them sounds like a pretty logical next step. The picture of the red ships in the title image above is a piece of concept art from The Force Awakens, and it definitely has the look of a ship that could match Making Star Wars’ description in their article. J.J. Abrams and company had a lot of unused ideas from that movie (see underwater Death Star image above) so I wouldn’t be surprised if these new Star Destroyers had a similar look to the ships in this image.

One of the recently revealed ships from the Star Wars: Armada game from Fantasy Flight Games also catches our eye as a ship that comes close to matching this description (see below). The Onager-class Star Destroyer is an Imperial ship that also took inspiration from the Death Star superlaser, though at this point in the timeline, Imperial engineers probably couldn’t quite give it the same amount of firepower as the moon-sized battle station. Perhaps the Onager class was a precursor to the planet destroying ships mentioned in the rumor for TROS. 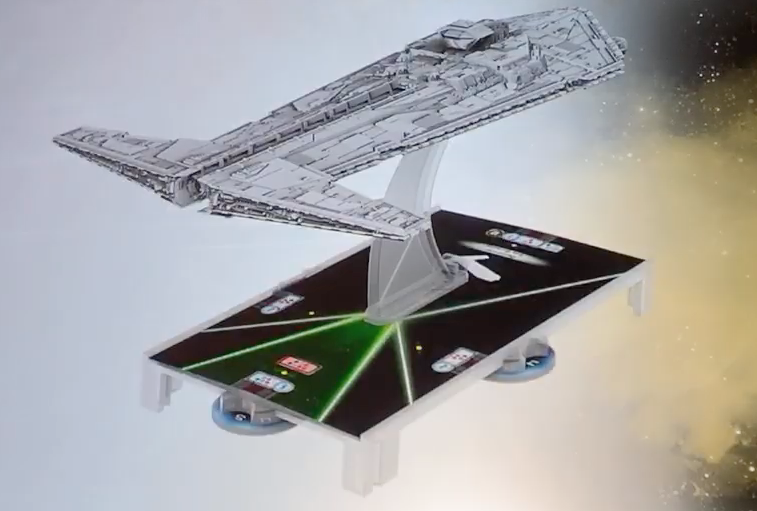 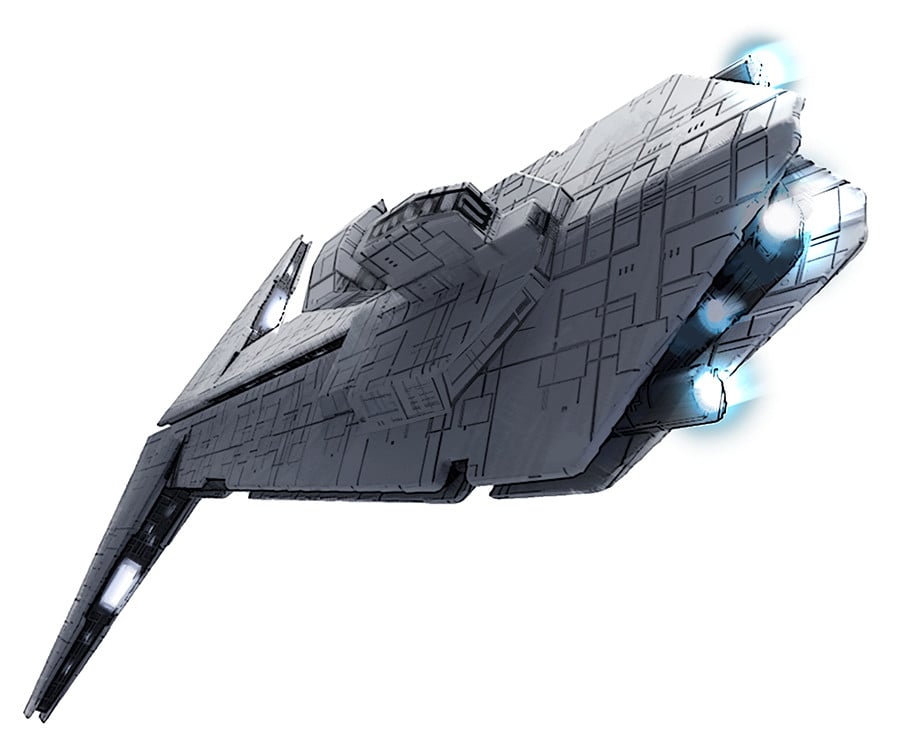 The Onager-class Star Destroyer, also known as the Siege Breaker, was an alleged type of capital ship that utilized a kyber crystal superweapon in the capacity of a portable cannon. It was believed to be developed by the Galactic Empire and used kyber crystals powerful enough that could shatter mountains and anything but the strongest energy shields.

If the Resistance is going up against firepower of this magnitude in TROS, they’re going to need some substantial firepower of their own. Thankfully, according to the expanded novelization of The Last Jedi by Jason Fry, the Resistance might have just the thing after all, providing there are any of them left. 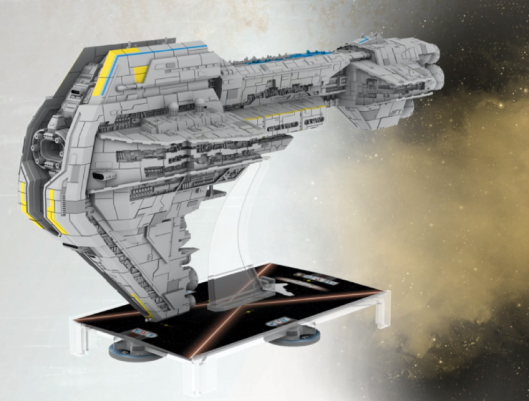 “As the Resistance U-55 orbital loadlifters were being destroyed by the Supremacy after they evacuated from the Raddus, General Leia Organa tried to imagine a miracle where Inferno Squad returned from their mission to find the Resistance’s allies in the Outer Rim Territories with a task force of Starhawks” (The Last Jedi Expanded Edition).

According to Wookieepedia, the Starhawk was created by the Republic using captured Imperial Star Destroyers. We’ve seen these ships mentioned several times before across canon media, but this is our first official look at one. The ship can go toe to toe with a Super Star Destroyer and even brought one down by itself in the Battle of Jakku. They have really strong tractor beams, impressive artillery, and are the strongest ships in the New Republic fleet.

Just to be clear, apart from the official look at the two new ships from the game, none of this has been confirmed. We have the rumor about the Sith Fleet, but as always, take any rumors with a grain of Craitian salt. And as for the Starhawk, the possibility of them appearing in TROS is just pure speculation on our part. They are totally a thing though, and now, thanks to Star Wars: Armada, we know what they look like. So it’s definitely a possibility.

That’s all for now, but be sure to check back with us for more news and rumors in the months ahead as the release of The Rise of Skywalker grows closer and closer.