UPDATE 3! New The Rise of Skywalker Poster and Sizzle Reel Revealed at D23. Footage to be Released Publicly on Monday - Star Wars News Net Go To Top
Skip to content 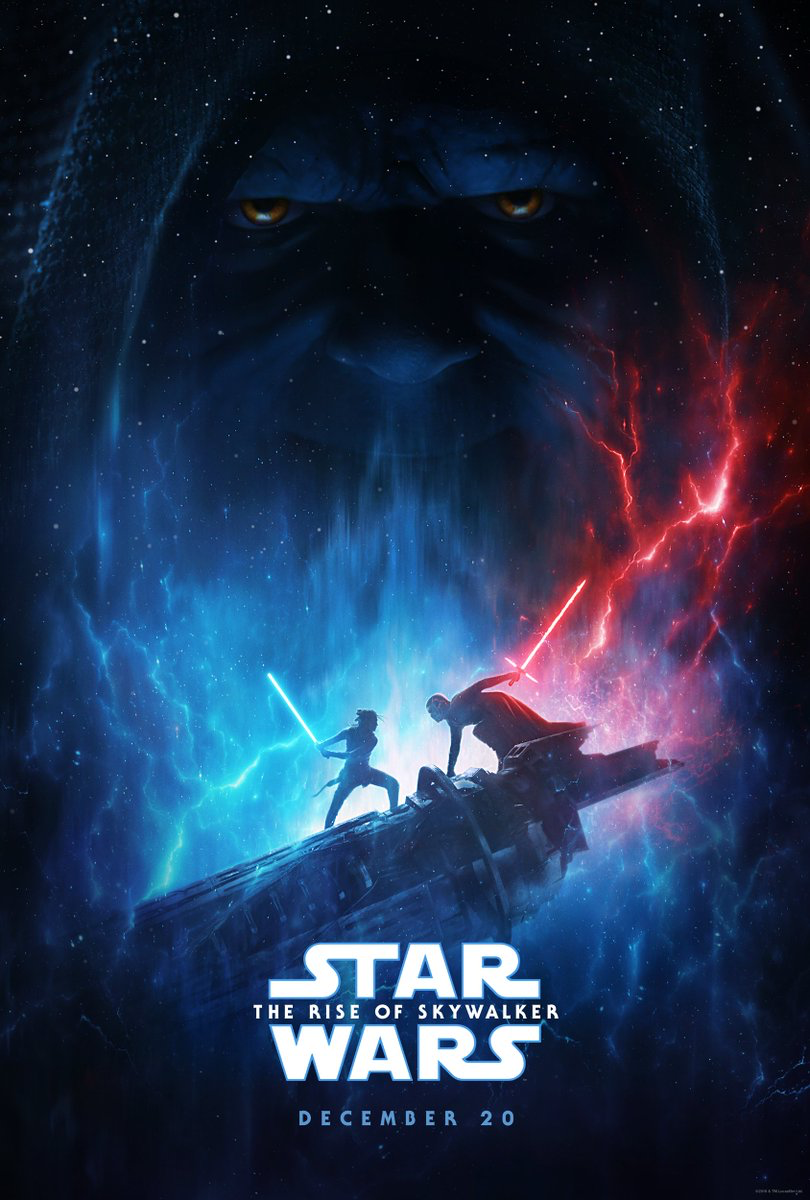 The D23 Disney Studios panel is here and they brought some long awaited goods for Star Wars: The Rise of Skywalker along for the show.

Its feels like it’s been forever since we got the first teaser back at Celebration and fans have been clamoring for another look at what JJ Abrams has in store for us to cap off the Skywalker saga. And today, much like with past releases, Lucasfilm decided to whet the appetites of those in attendance with a sizzle reel and a cool new poster to go along with it.  These sizzle reels have become something of a tradition between the release of the first teaser and first trailer.  And they always are chock full of good little details to pick out.  And this new poster shows off the source of that ominous cackle from the end of the first teaser.

As of yet, Disney has only publicly released the poster, but here is a brief description of the footage from someone in the room.

Clip showing montage of past Star Wars films, then shots of an army of ships, Rey & Kylo fighting over water, and ends with Rey in a hooded cloak and holding a red light saber that goes from two side by side savers to two long sabers if that makes sense LOL. #D23Expo @DisneyD23

Rey wielding a double lightsaber is something we have all been wanting to see since we first saw her staff in The Force Awakens. Thank you JJ for this. It’s curious though that the lightsaber was red and she was wearing dark clothes. But don’t let JJ fool you. Everything is possible. This could be just some kind of a vision of something that will never take place in the real timeline of the movie’s story. The possibilities are many.

Hopefully the rest of us get to see the footage soon, but in the meantime…how do we like that poster? Let us know in the comments your thoughts on the poster and stay tuned to SWNN as we’ll bring you the footage as soon as it gets publicly released.

It seems that according to EW the sizzle reel will be officially revealed on Monday!!!

PSA: @EW says that the Rise Of Skywalker sizzle reel shown at D23 today will be released online on Monday!https://t.co/ylyR6HddhY

The guys from Bespin Bulletin has the best description of the footage shown during the panel so far. You can follow them on Instagram here. 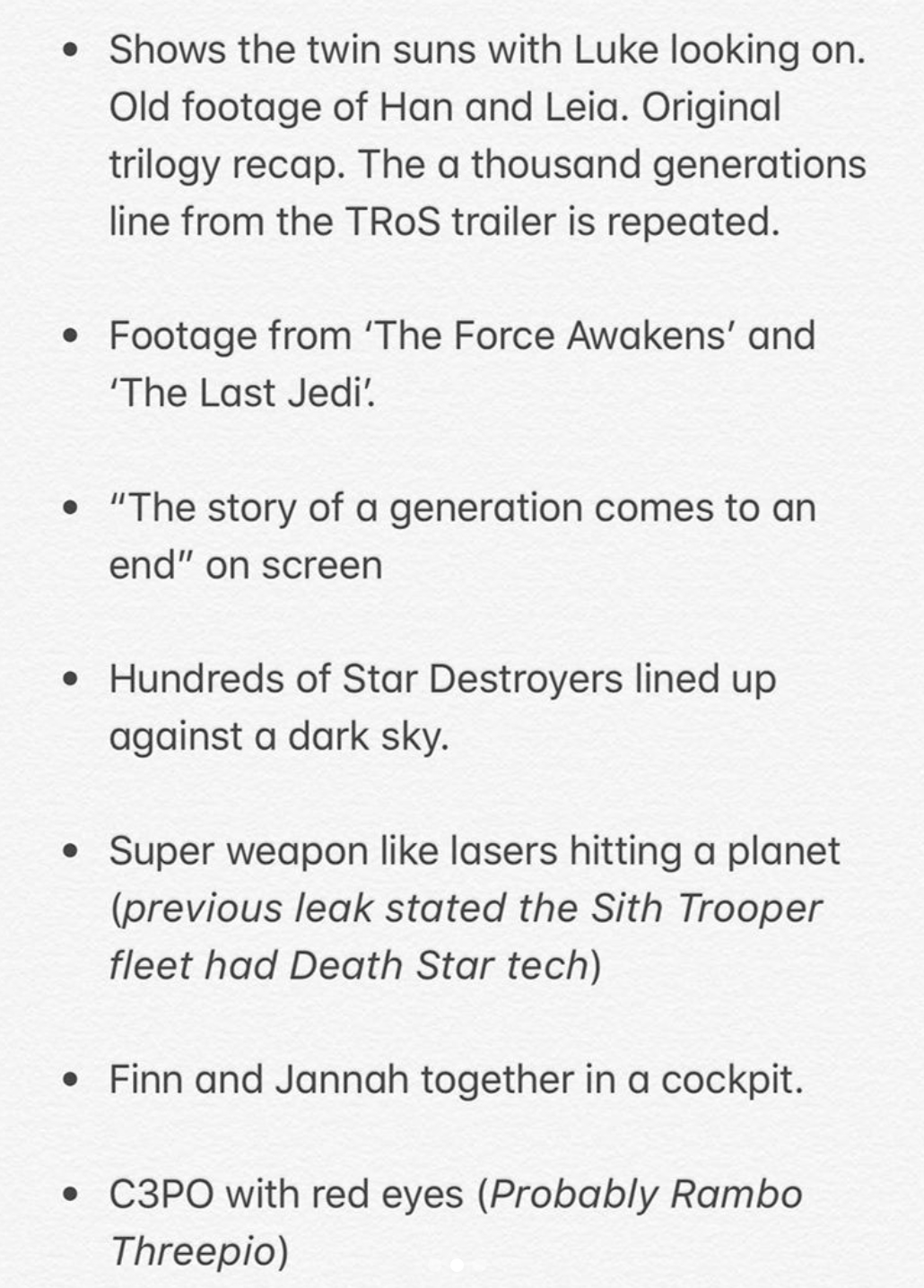 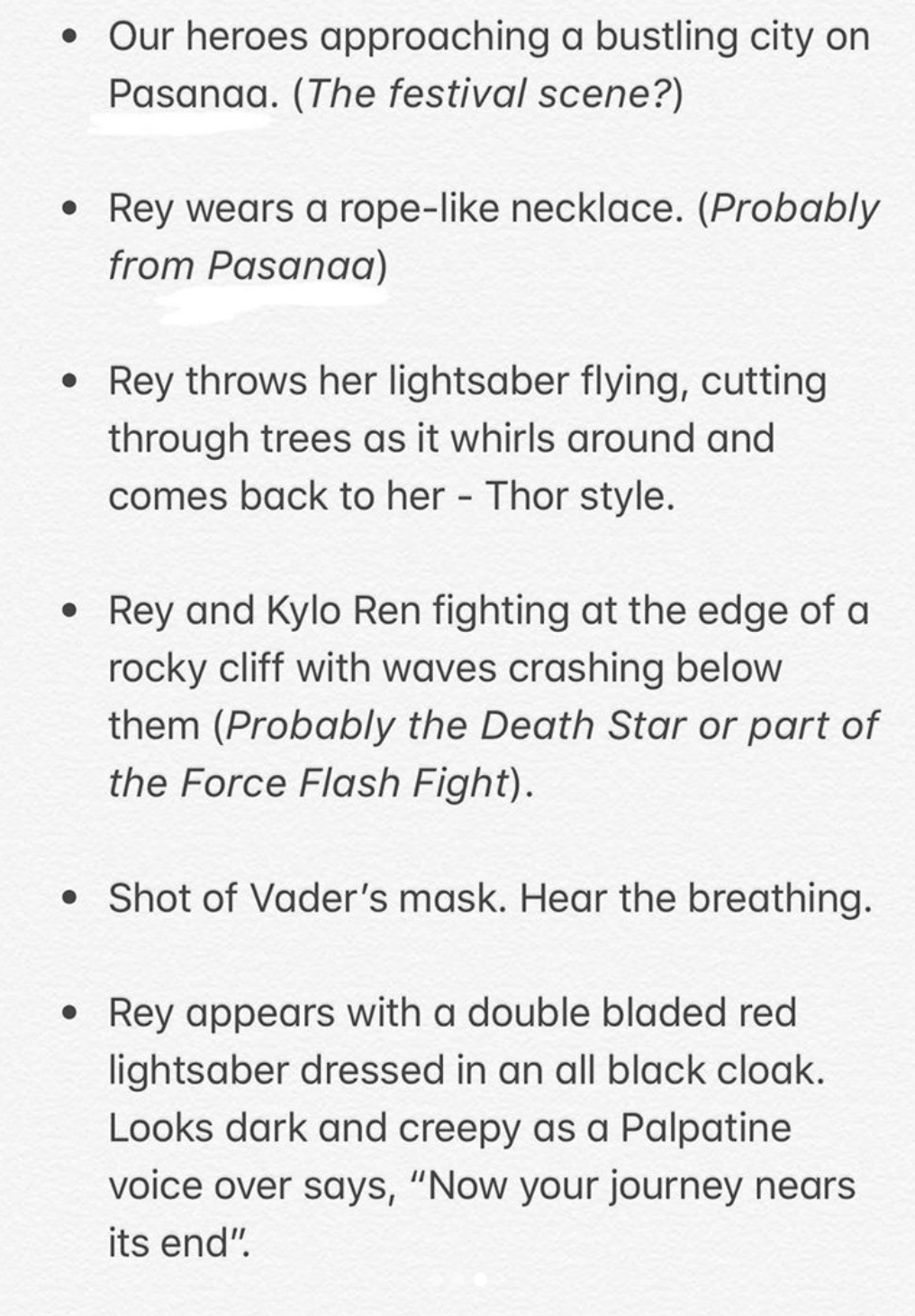 And here’s a footage from the actual panel with JJ presenting the cast of The Rise of Skywalker:

🎥 | Daisy Ridley and the cast of Star Wars: The Rise of Skywalker #D23Expo, 2019. pic.twitter.com/VRhaP1lhPD

We initially reported the new footage as a Behind the Scenes reel based on initial reactions in the room. Having seen the descriptions that have surfaced since the panel, we have updated to more correctly refer to the footage as a Sizzle reel. From what we can see through there is no BTS footage included. Check back Monday for the official release of the footage.