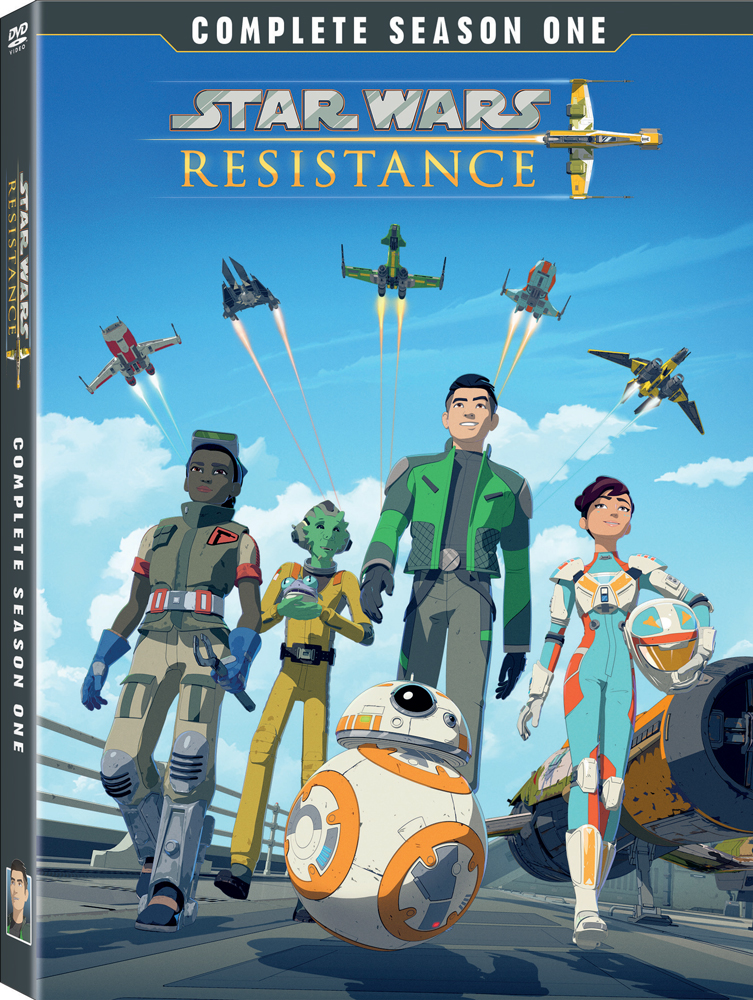 Star Wars fans hoping to be able to own season 1 of Lucasfilm’s latest animated series got a bit of news today. Star Wars Resistance: Complete Season One will be released on DVD August 20th.

Conspicuously absent from this news is any word on any potential Blu-ray release. That news could still be forthcoming, but with the launch of Disney+ on the horizon it is possible that this will be the only release for those looking to own the series.

We reached out to Target about the potential for a Blu-ray of the show, to which they responded with the following:

“Thanks for asking about Star Wars Resistance. We are only going to carry the DVD.”

With Resistance being a more kid-focused series than either Rebels or The Clone Wars, it is possible a physical HD release was determined to not be necessary. It’s not uncommon for shows or movies aimed at children to not get a physical HD release. It’s also possible that Disney wants to steer fans with a desire to see an HD release, and who have not yet purchased the series through one of the available streaming services (for example right now Amazon, Google Play and others have the full season as a Digital HD release with no bonus features), to their own upcoming streaming service. This is all speculation of course, but time will tell.

We’ll keep you posted here at SWNN if any additional releases are announced. For now, check out the details on the DVD release below from Lucasfilm.

COMPOSER: Michael Tavera (“Guardians of the Galaxy”) – Based on themes by John Williams