Review: Shadow Wing Prepares to End the Rebellion Once and for All in Star Wars: TIE Fighter #4 - Star Wars News Net Go To Top
Skip to content

Review: Shadow Wing Prepares to End the Rebellion Once and for All in Star Wars: TIE Fighter #4 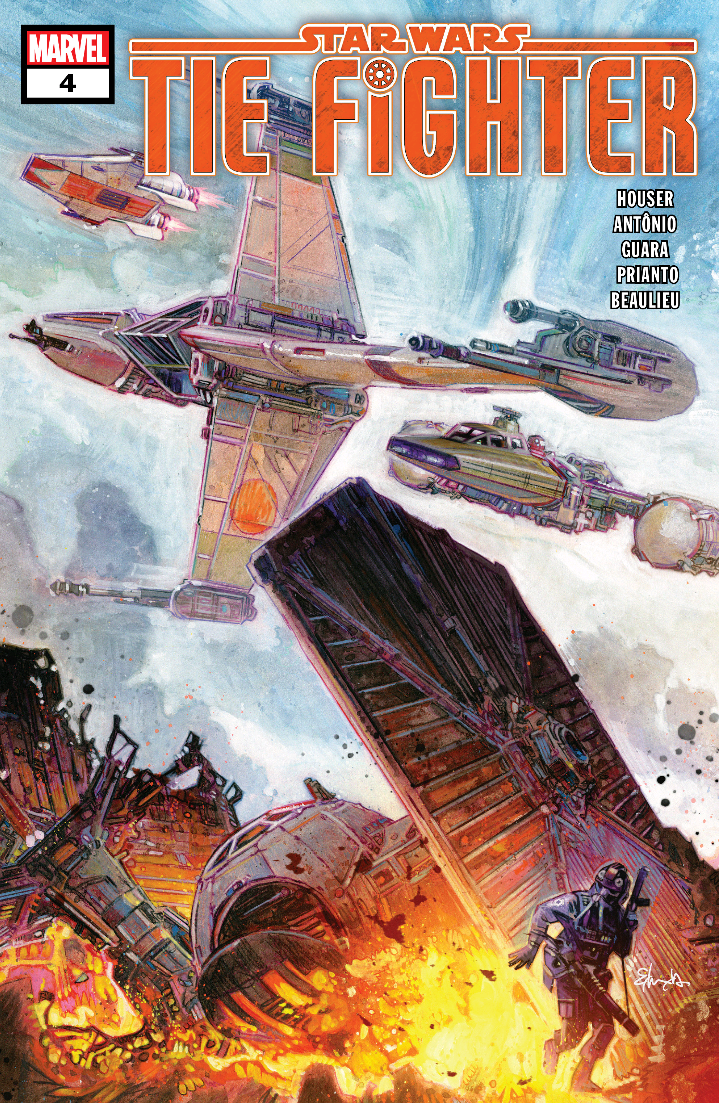 Hopefully, we’ll get some cool news in the world of Star Wars comics this weekend at SDCC, but while we wait to see what’s in store, be sure to check out this week’s brand new Star Wars releases from Marvel. One of the two comics this week is the fourth issue of the Star Wars: TIE Fighter mini-series from writer Jody Houser, the penultimate chapter in the comic half of the Marvel/Del Rey crossover event that also includes the recently released Alphabet Squadron novel. Read on for the full review of Star Wars: TIE Fighter #4. Spoilers ahead… 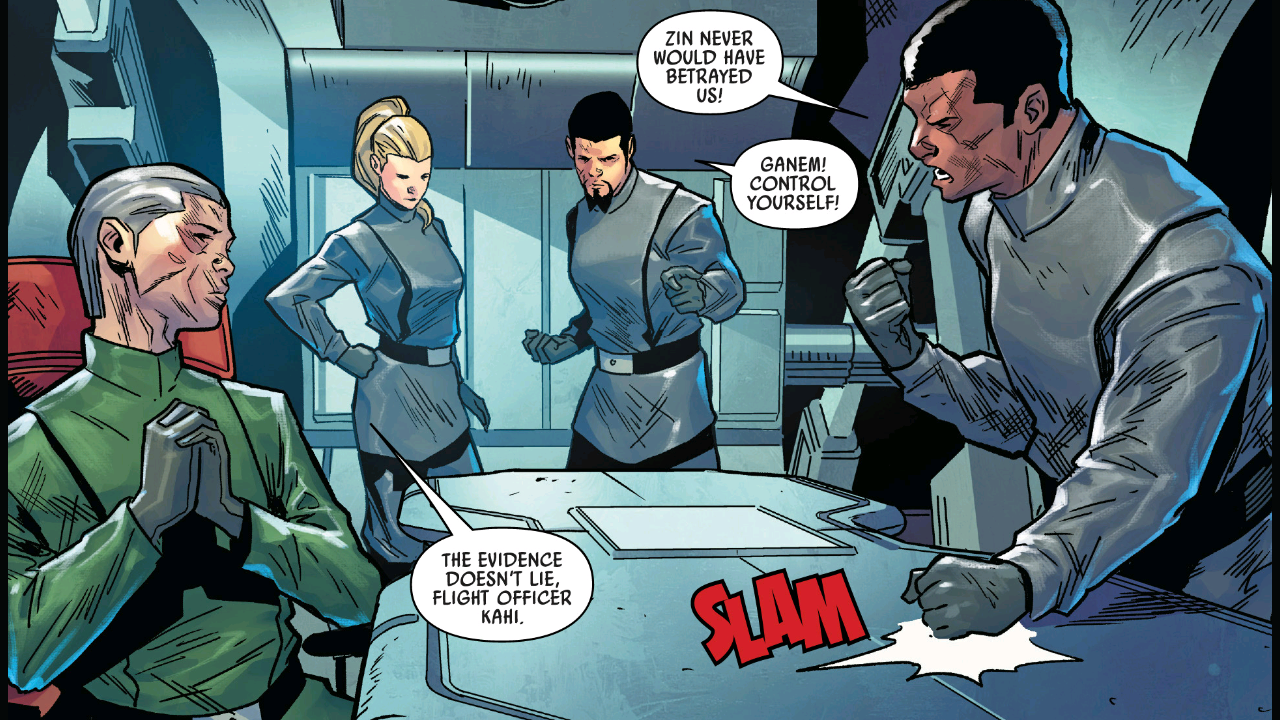 Still reeling from the loss of two of their squadron mates in the previous issue, the survivors of Shadow Wing’s Squadron Five (Teso Broosh, Jeela Brebtin and Ganem Kahi) try to come to terms with a new shocking discovery about one of their dead teammates. In the wake of her death, Zin Graw’s apparent collusion with the Rebels has come to light, but her fellow squadron mate and lover, Ganem, is unwilling to accept the news. 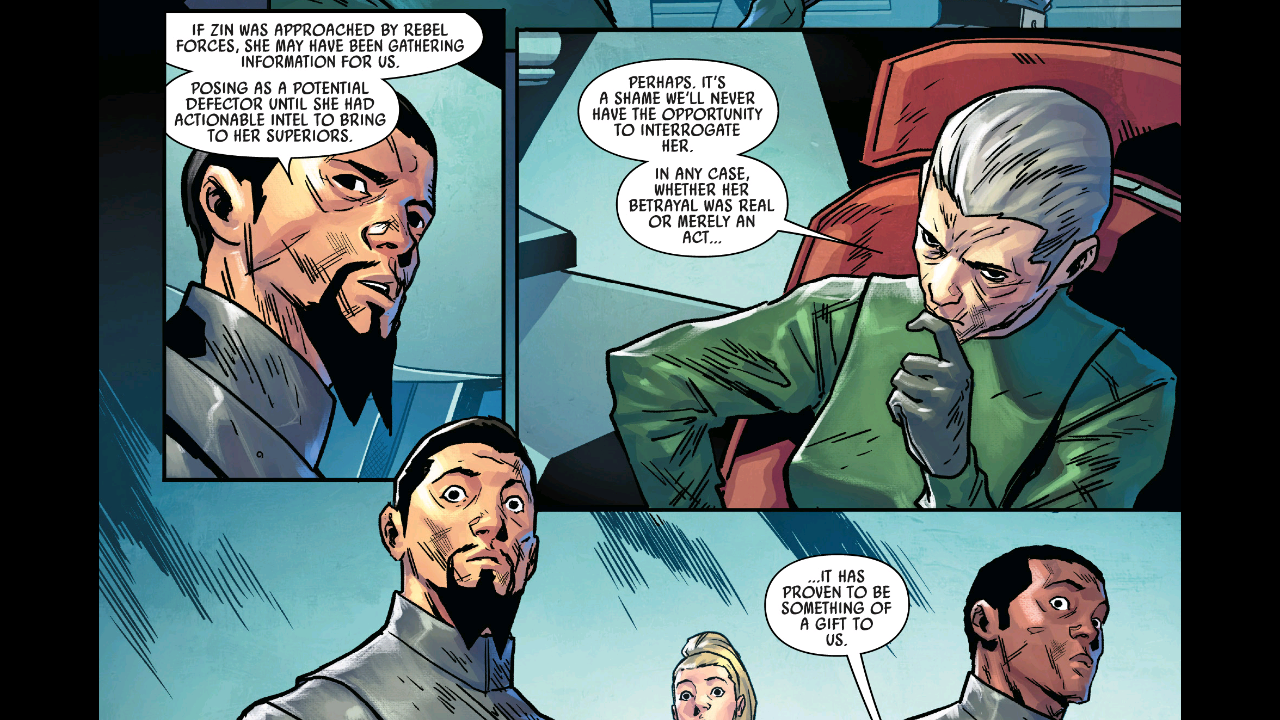 He argues in Zin’s defense, and his other two teammates back him up in front of the colonel. Regardless of whether or not she was a traitor or simply using the Rebels to gain intel for the Empire, as Ganem had suggested, Colonel Nuress informs the team that the situation, however unfortunate, has been a sort of blessing in disguise. 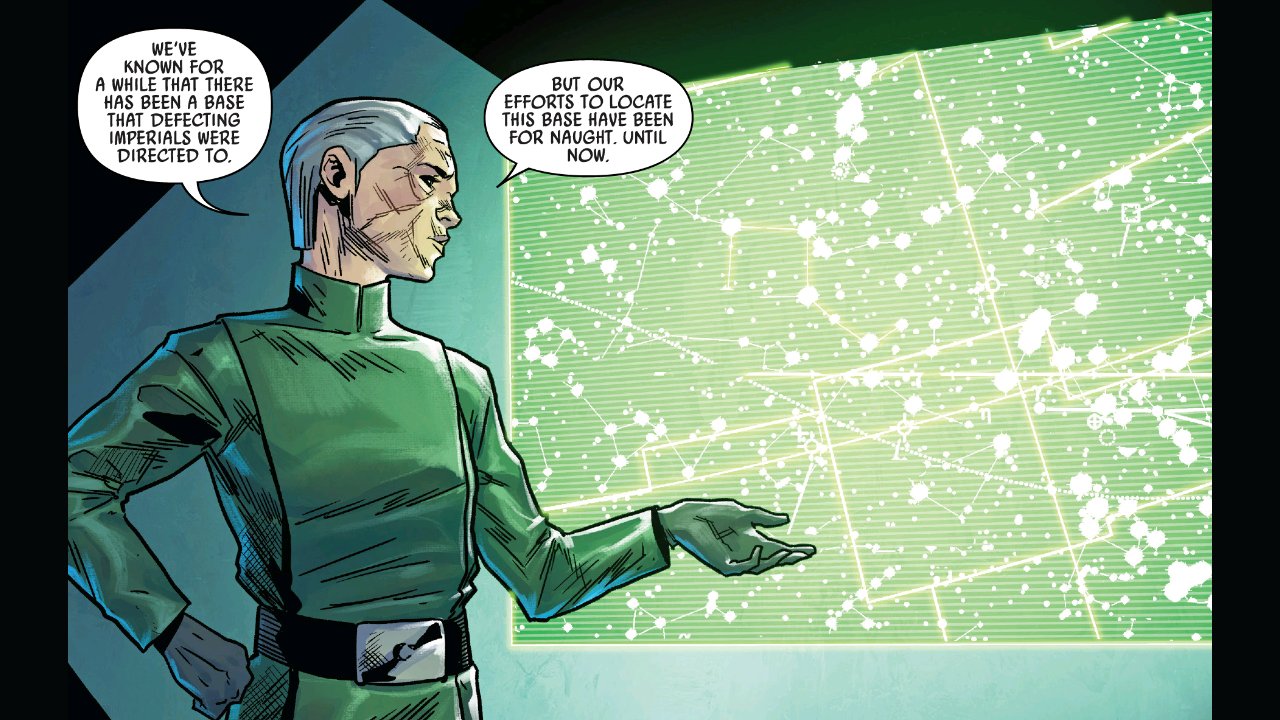 Since her death, the Imperial Security Bureau has maintained correspondence with the Rebel Alliance, posing as Zin in an effort to gather information. They have known for some time now that a base existed to which defecting Imperials were being directed, but up until now, they have been unable to discover its location. Now, thanks to Zin, they had finally found it. But the window was small, given that the base was actually a ship. Its constant mobility had been the reason behind its continued elusiveness, and if they wanted to mount an attack, it had to be now, while they had a lock on its location. 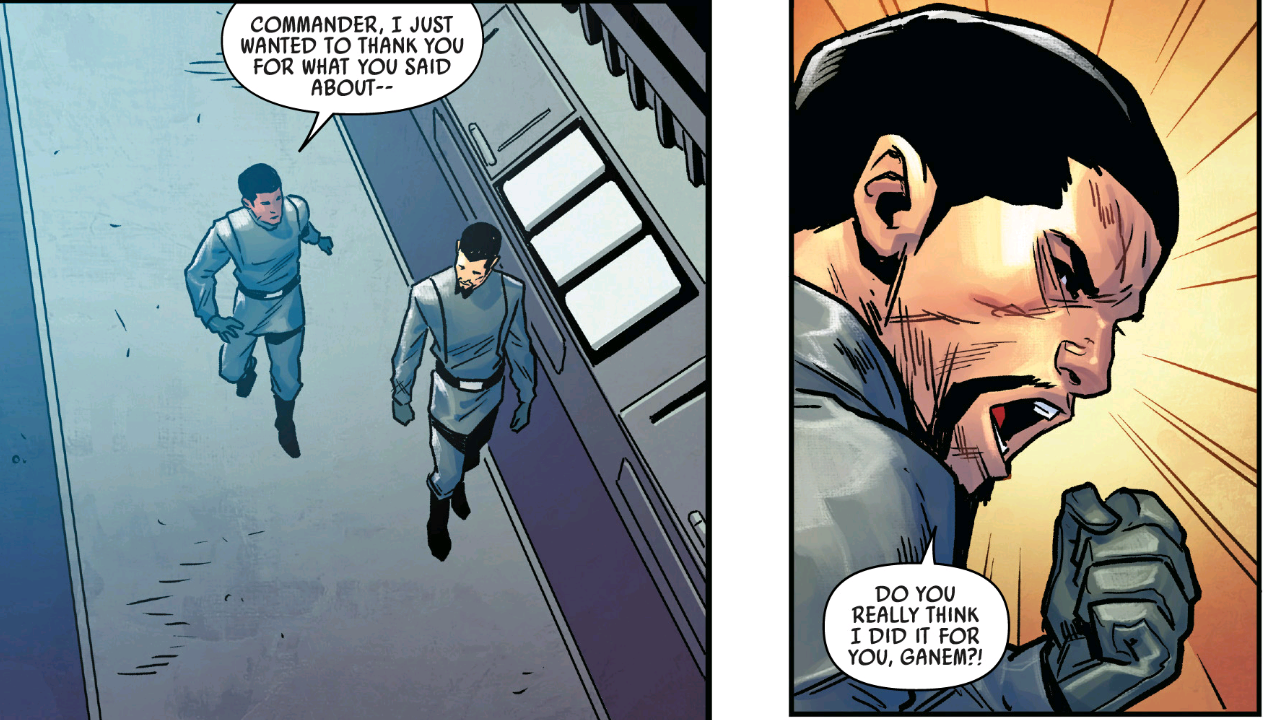 After the briefing, Ganem thanks Commander Broosh for having his back in front of the colonel, but the commander is quick to point out that the only reason he said what he did was to cover his own behind. He goes on to confront Ganem about how his feelings for Zin had blinded him to the obvious truth about his treasonous girlfriend. Although Broosh doesn’t doubt his teammate’s loyalty, he scolds Ganem for his lack in judgment, telling him that if he wasn’t so sorely needed for the mission ahead, that he would be off the team. 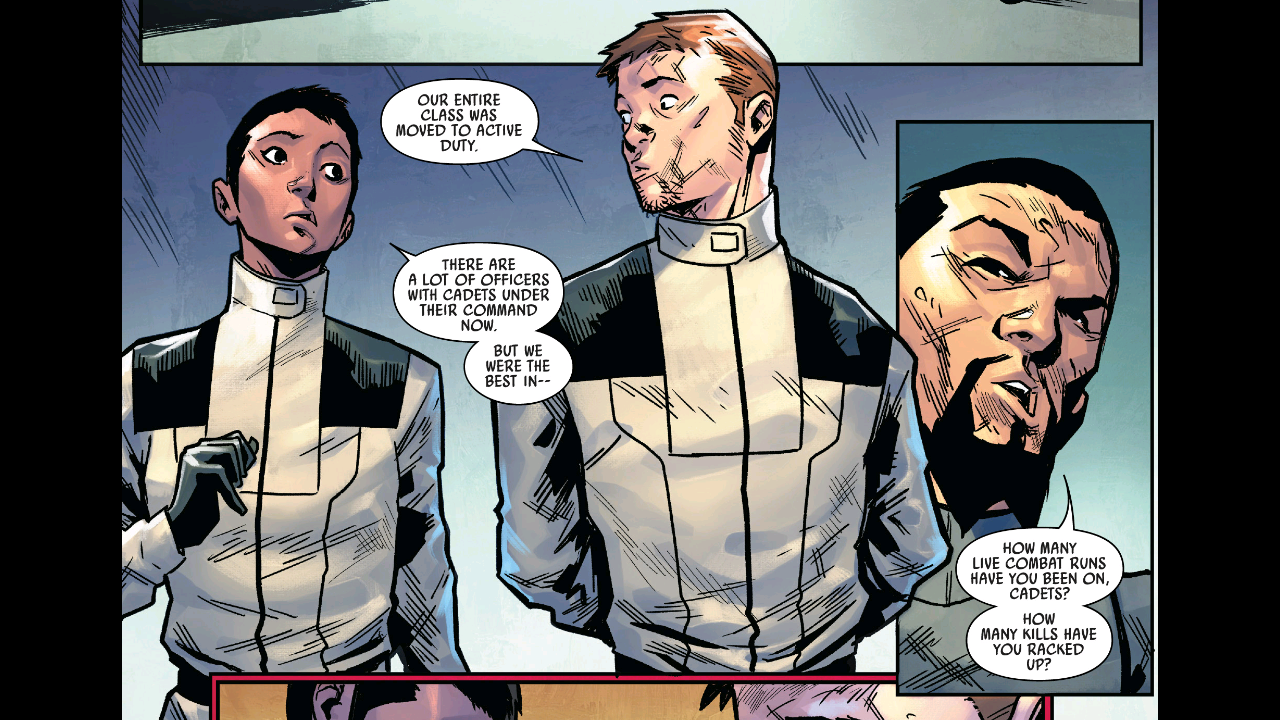 As they prepare for the mission, the replacements for their two lost pilots arrive from Carida, and the squadron is appalled that they would actually send two cadets, green as grass and fresh out of the academy, to fill the empty spots. The cadets are the top of their class, but Broosh is left both aggravated and unimpressed as he reluctantly briefs his new team on the mission ahead. 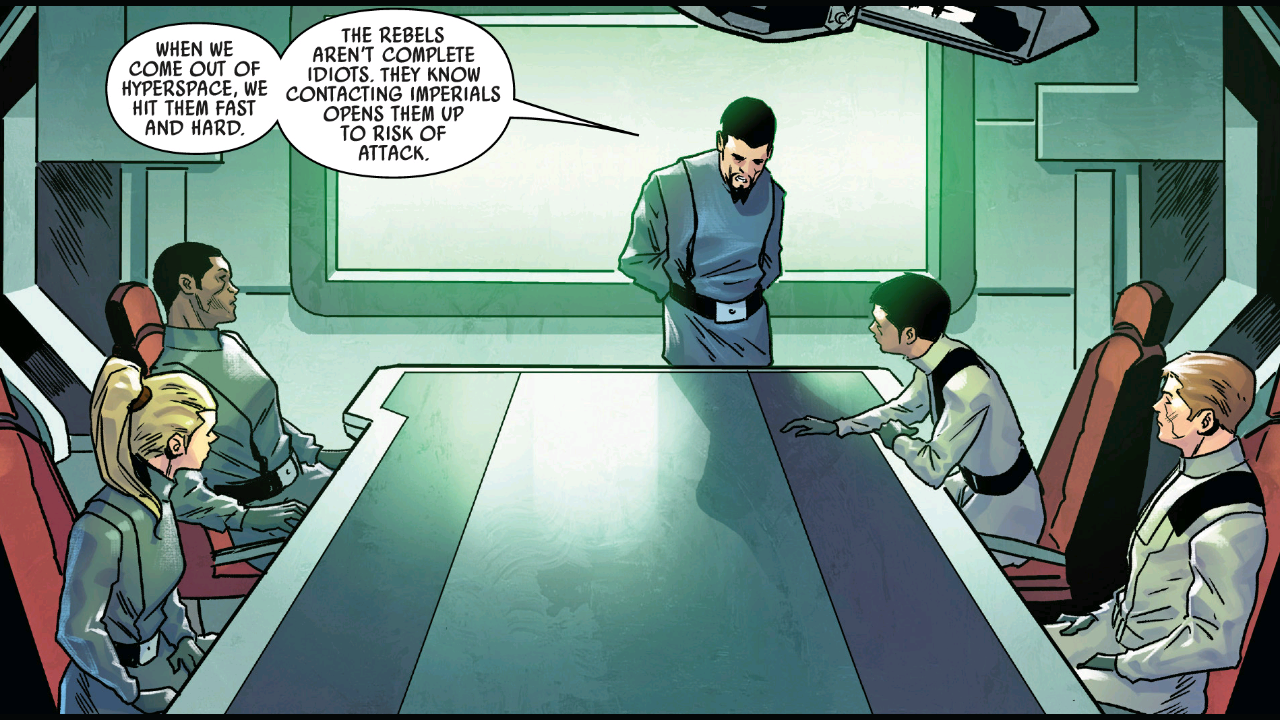 The fact that the Empire had to send cadets to fill the openings on one of the most elite squadrons in the Imperial Navy speaks volumes about the state of the war at this point in the timeline. The Rebellion is winning, and the tables have turned, but if this next mission is a success, the traitorous rebels won’t be a problem for much longer. 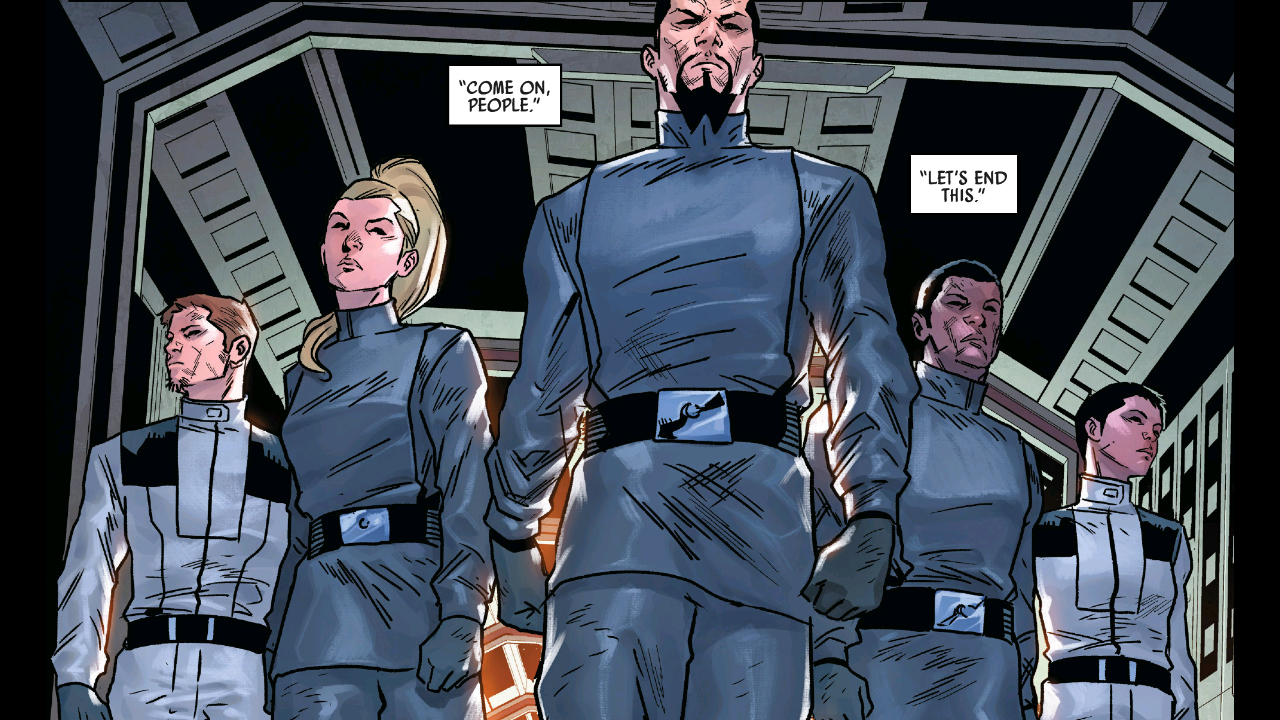 This mini-series has been a great read so far, and this issue continues to showcase the storytelling prowess of comic writer Jody Houser. Nothing huge may have happened in this issue to further the plot, but it definitely set up what is sure to be an explosive finale next month. I have to wonder who will be left in the aftermath of the attack on the rebel base. Although Granny Goodness makes an appearance, none of the members of Squadron Five show up in Alphabet Squadron, which takes place a little later in the timeline, so the individual fates of the story’s characters are all unknown at this point. Will they give their lives in service to the Empire or will they live to fight another day in the announced sequels to Alexander Freed’s Alphabet Squadron? We’ll have to wait and see.

Star Wars: TIE Fighter #4 is available now in a comic shop near you or online at Comixology. Happy reading Star Wars comic fans! 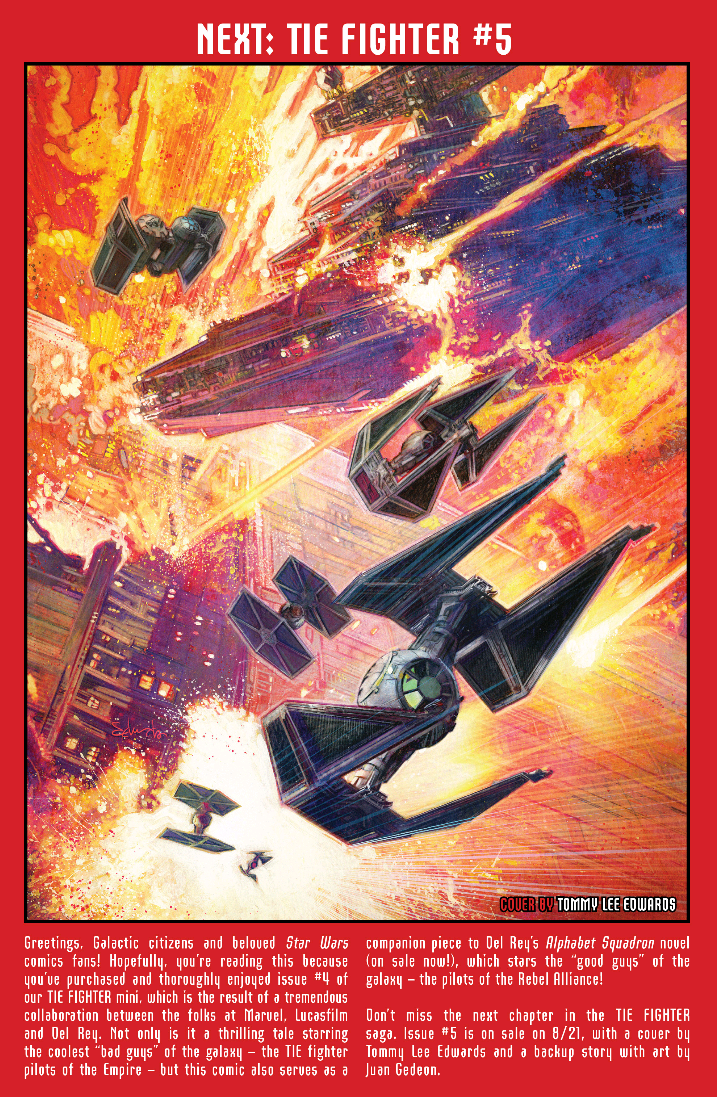