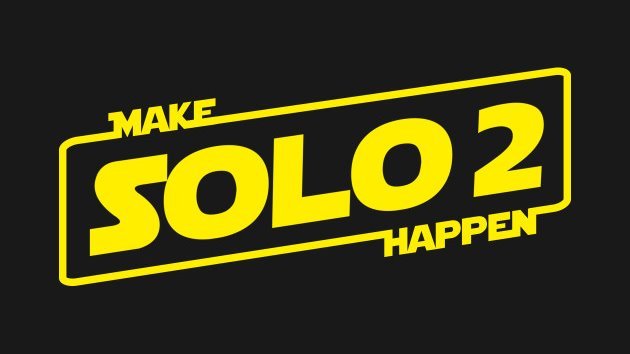 Last September around the time Solo: A Star Wars Story was about to be released on digital/Blu-ray, I created the hashtag #MakeSolo2Happen. The reason behind this was because I felt for the first time since the original Star Wars, the franchise had itself an underdog that I wanted to really root for. It was terribly marketed, off the heels of a divisive Star Wars film in The Last Jedi, all after having dealt with serious production drama including changing directors.

The movie itself was great, in my opinion, and I knew its box office wouldn’t merit a sequel, but it ended perfectly for more stories to be told. So out of fun I created the hashtag, James Baney made the design for the logo, and off we went. We flew the flag to #MakeSolo2Happen and decided around the one year anniversary of the film’s release, we would try a #MakeSolo2Happen Day, and what ended up happening blew us away…

The hashtag took off like the Falcon infused with coaxium, and it began trending immediately in the United States. We legitimately thought this hashtag would get 40, 50, maybe 100 tweets out of it, in a small little “look at our little band” movement. So you can imagine our reaction when it blew up. 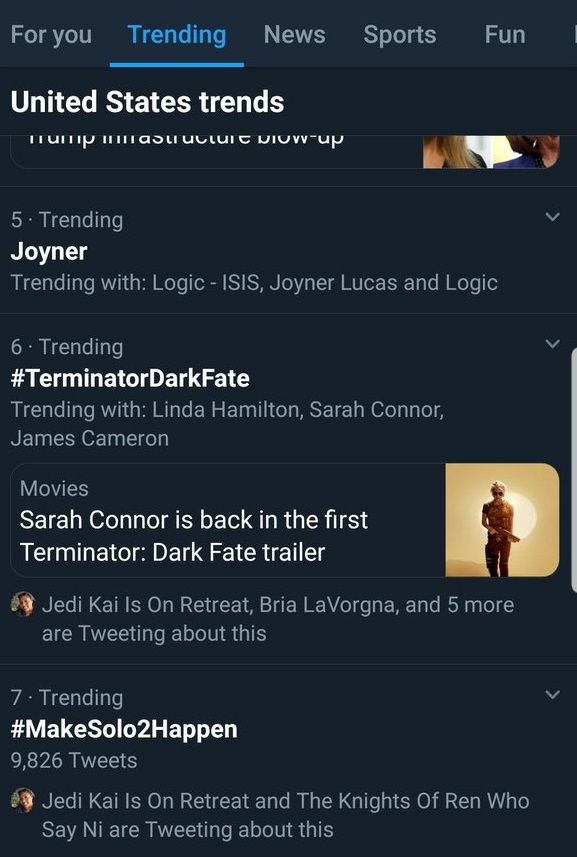 #MakeSolo2Happen shot up to the 7th trending topic in the United States, and was soon followed by the UK and other international markets. We competed with the release of Terminator: Dark Fate‘s trailer, and at one point in the day passed it!

The creators and actors of Solo began to take notice and recognize the hashtag and participate. It started with puppeteer Brian Herring (BB-8 and other creatures/droids from Star Wars movies including Solo)

As excited as I am for #StarWarsIX (and I am VERY excited), I’d still like to explore the further adventures of this guy too. #MakeSolo2Happen #Starwars pic.twitter.com/7NtUPrPUm2

Then the mighty Chewbacca himself, Joonas Suotamo!

Producer nominated for Solo: A Star Wars Story visual effects work, Rob Bredow, said he is on board if they make it!

What is Star Wars without music, as Solo composer John Powell took to his Instagram and used the hashtag too!

Add #SoloAStarWarsStory composer John Powell to the #MakeSolo2Happen party as he took to his Instagram account and used the hashtag! #StarWars pic.twitter.com/qkNuEab9eU

Then the co-writer of Solo, Jon Kasdan, not only tweeted the hashtag but teased what types of stories they can tell if they are able to continue the story!

As if that wasn’t enough, the director himself, the legend Ron Howard quote tweeted our tweet from Star Wars Celebration wearing our shirts, appreciating the movement with a simple smile.

The creators and actors of Solo: A Star Wars Story being behind the movement is incredible, but the truth is, it was YOU our fellow Star Wars fans that made yesterday so special. There are way too many tweets to start featuring them, but you joining the movement, not only put this thing on the map, but it definitely made sure folks at Lucasfilm and Disney saw it, and that is truly incredible.

Big props all around to all of our fellow fans, podcasters, YouTubers, bloggers, nerds, geeks, everyone who is sharing #MakeSolo2Happen today! This is the positive power of #StarWars fandom, you are all awesome, let's do this thing together!
– John, James, and Lacey pic.twitter.com/eoNHvoWQZ2

Social media, especially Star Wars social media can be a very taxing, and often negative environment, but yesterday we proved that Star Wars fans can be great if we want to be, as everyone came together not to sign petitions or to stomp our feet, but to rally behind a simply fun hashtag showing our love for one of our favorite recent Star Wars movies.

So we want to take this time to thank YOU our fellow Star Wars fans for coming out and making #MakeSolo2Happen Day a massive success beyond our wildest expectations. We were in the top trending lists in both the US and internationally! It is an honor to be a part of this fandom, and we’ll never forget it, so we wanted to say thank you to everyone who took part in this incredible day.

Don’t let it end with yesterday, keep the movement going, so anytime you think about Solo or a sequel, use #MakeSolo2Happen! Whether it’s a movie or a series on Disney+, I think we all showed we would love to see the continued adventures of Han and Chewie, as well as Qi’ra/Maul, and Enfys Nest and the spark of the rebellion.

Now whether it happens or not, we’ll see, but we took our shot, and at the very least showed that Star Wars fans can indeed come together in a positive way and have fun together, and if that’s all this ends up being, we’ll take it. On behalf of The Resistance Broadcast (James, Lacey, and myself) and SWNN, THANK YOU to everyone out there who took part, it was a hell of a ride. 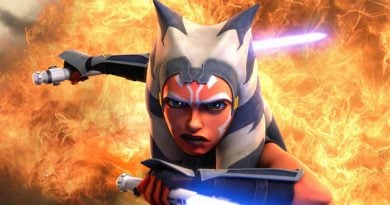 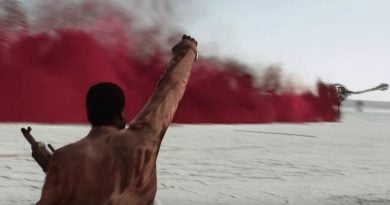 Battlefront 2: The Last Jedi Season Trailer Will Give You Goosebumps 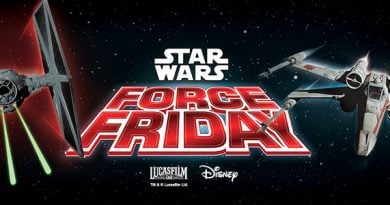