Review - Problems of His Own In Marvel's Age of Rebellion: Lando Calrissian - Star Wars News Net Go To Top
Skip to content

Review – Problems of His Own In Marvel’s Age of Rebellion: Lando Calrissian 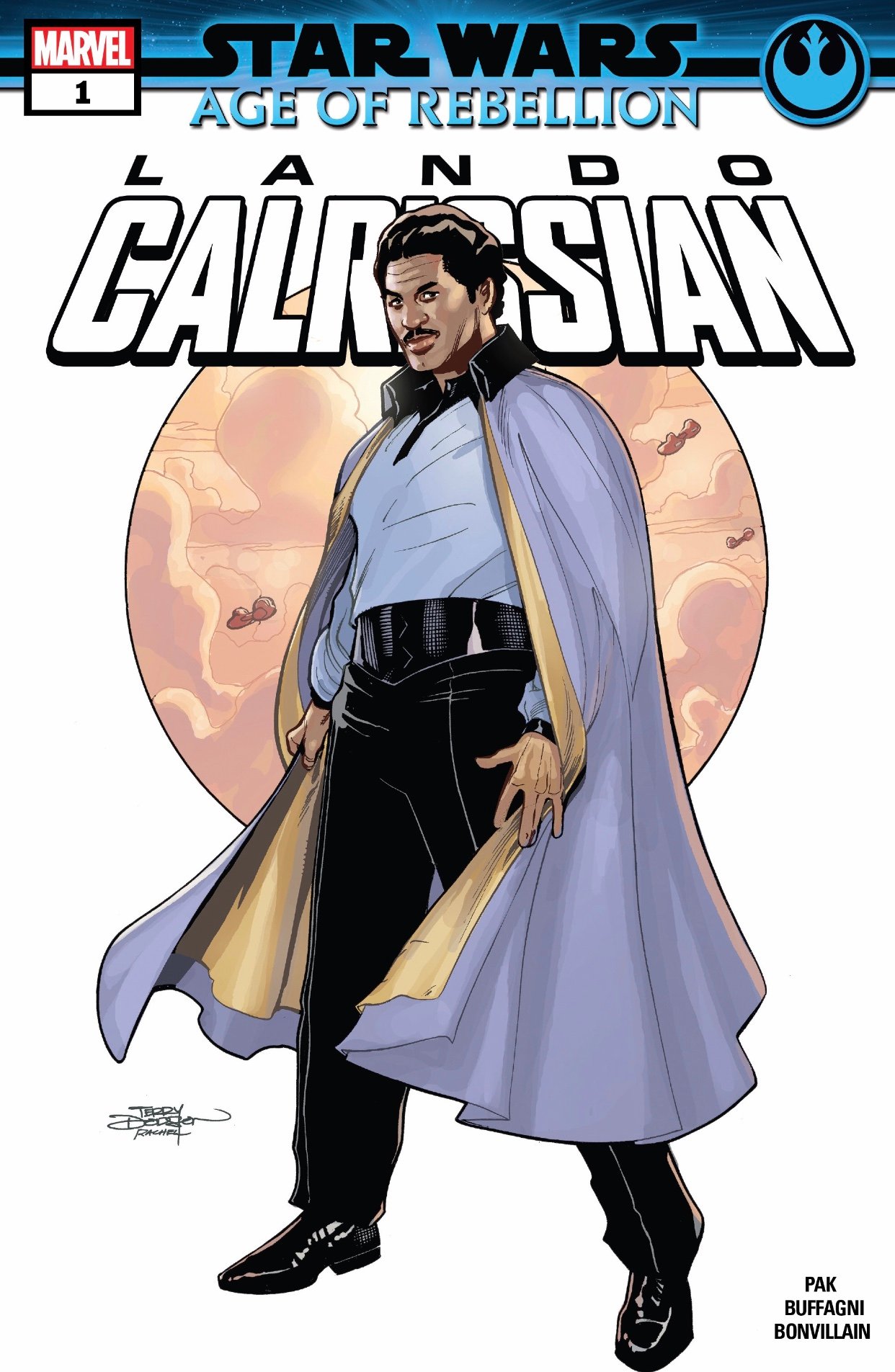 Age of Rebellion continues this week with Lando Calrissian in “Cloud City Blues”. The charming rogue faces some very real problems of administrating a city, balancing a budget, and realizing if it sounds too good to be true, it probably is. This story brought me back to both earlier Marvel Lando titles, as well as the performances Billy Dee Williams and Donald Glover contributed to the character. I think Lando fans will really enjoy this issue, so let’s get to it. SPOILERS AHEAD…. 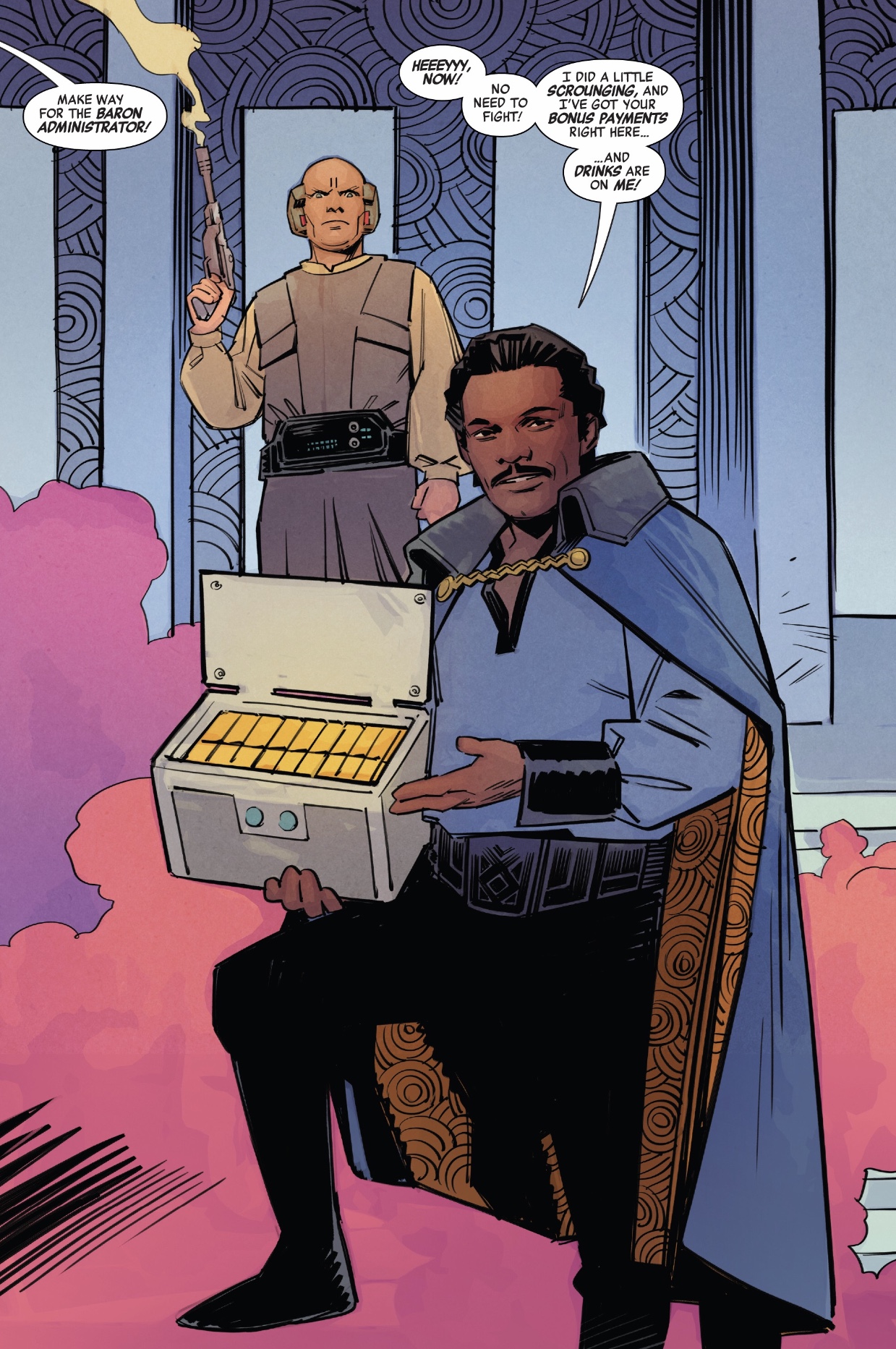 Things are not well in Cloud City. I gather this takes place fairly early on in Lando’s tenure of administrator for the Tibanna gas mining colony. The workers demand their bonus pay but Lando is paying it out of his own pocket, leading us to believe the coffers of Cloud City are empty. And of course, Lando offers drinks. As the workers indulge, Lando and Lobot lament the cyborg’s condition, with the old smoothie promising his friend one day he’ll find a fix (See the first Lando series by Charles Soule for Lobot’s story). Lando is also down about the fact he dipped into his nest egg and things get worse when he receives a notification the next round of payroll is due in thirty-six hours. Lando goes to collect an old debt, but it’s not going to be enough, so the administrator has to look to his inner-scoundrel to get the job done. Time to go gambling! 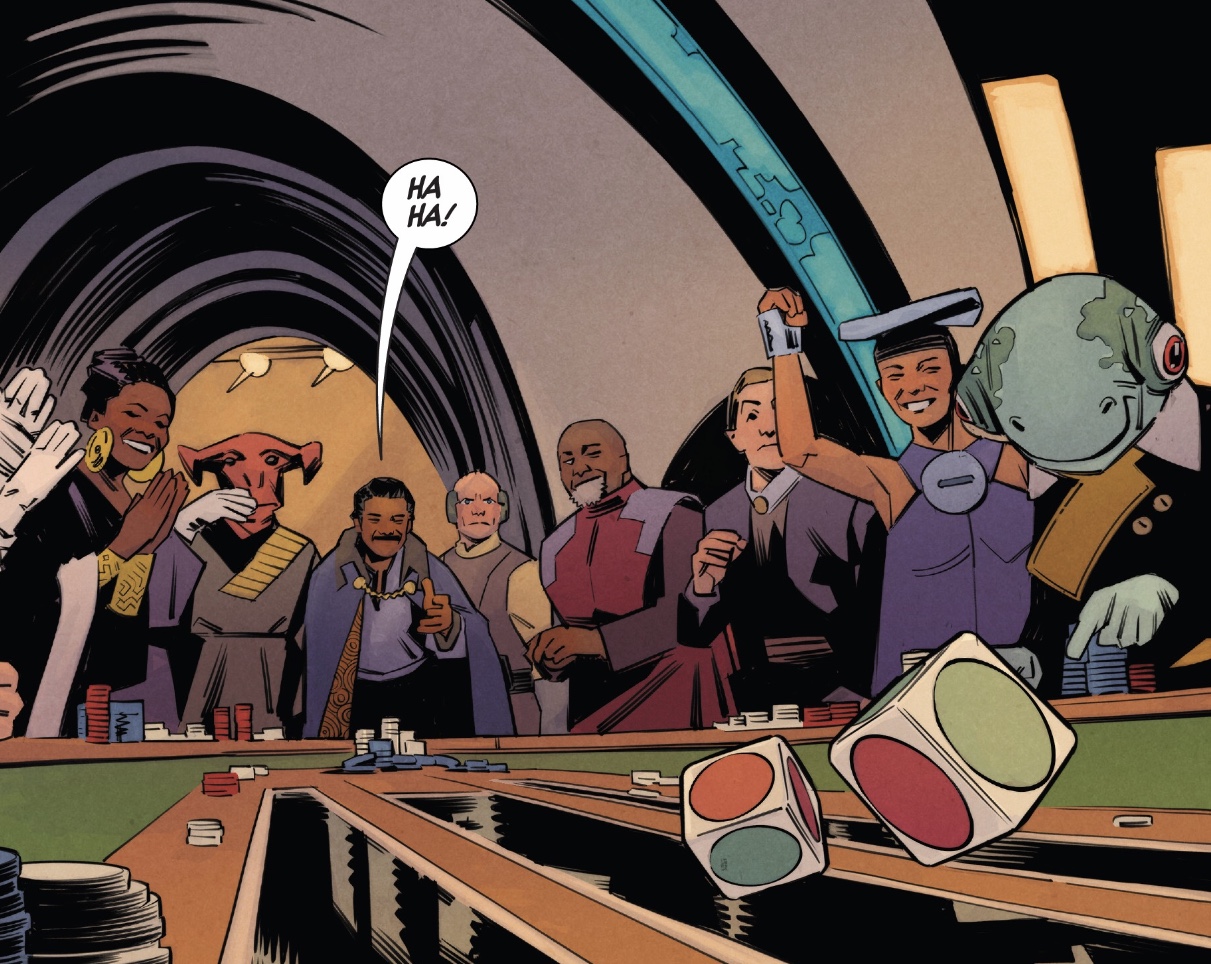 Lando heads to an Outer Rim casino on a planet called Burnin Konn. When he loses his shirt, a stranger approaches him about a job. The stranger introduces himself as Magnate Imperium Roz Fantanine (say that five times, fast). 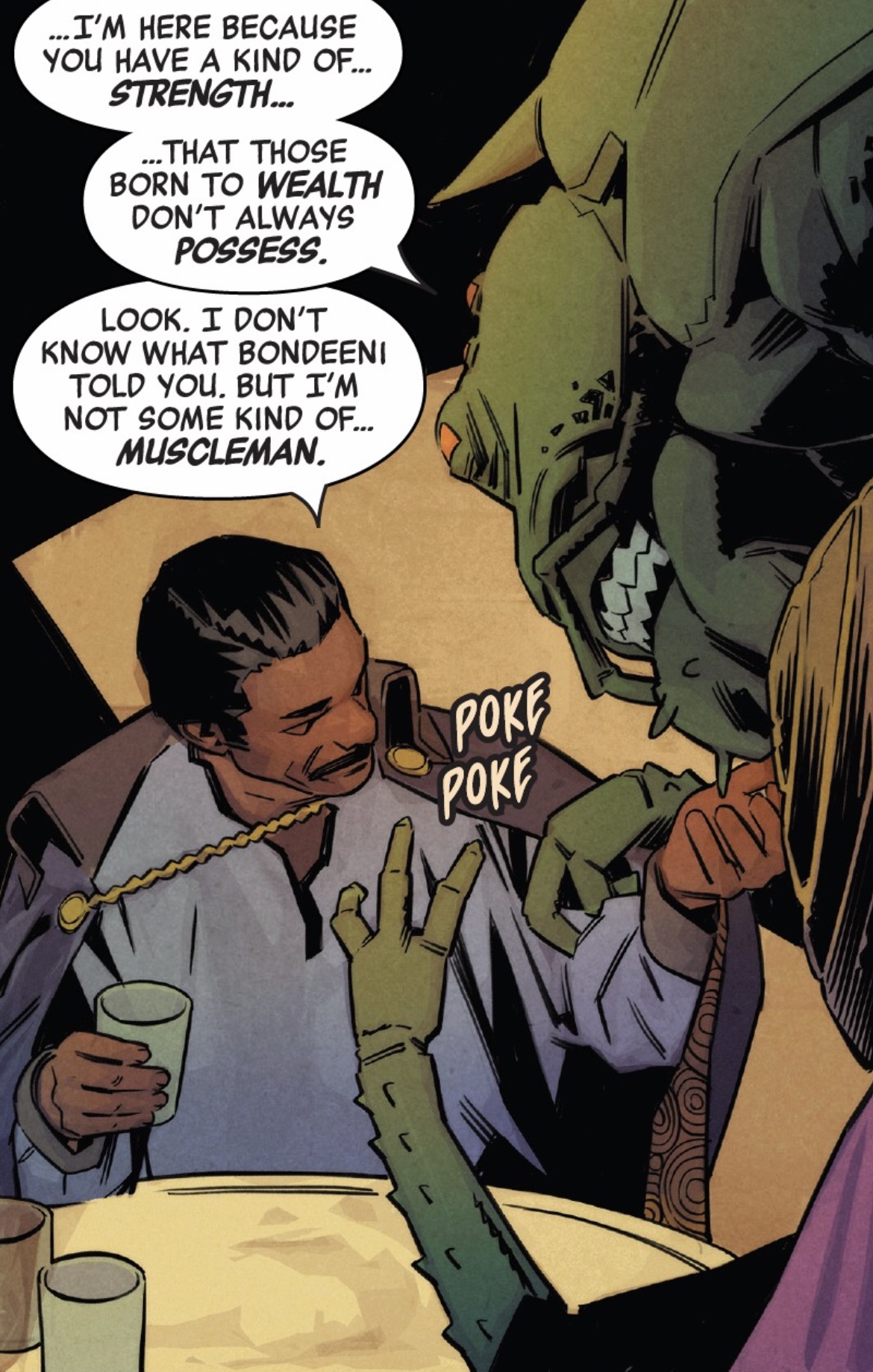 The exalted Roz, we’ll just call him that, is well known as one of the wealthiest beings in the galaxy and offers Lando a small fortune to help him remove an administrator named Bondeeni. Lando says he’s not an assassin, but Roz assures him he wants the Calrissian charm, not the muscle. The two of them travel aboard Roz’s ship to the Fantanine Mining Colony, where Roz highlights Bondeeni is actually his incompetent nephew that just won’t leave the mining facility he’s been tasked with. All Roz wants Lando to do is give the nephew a good scare. 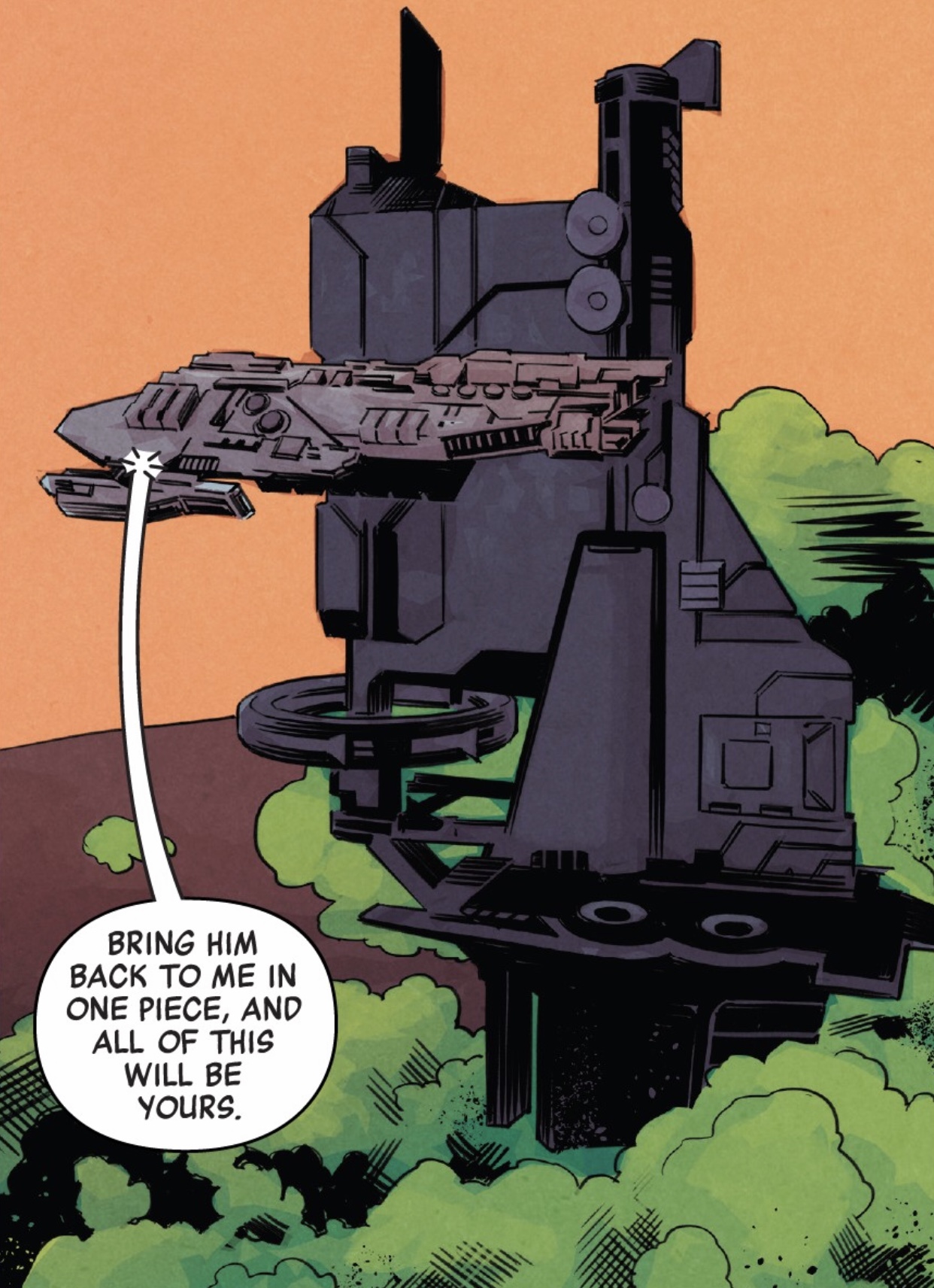 I love the art by Matteo Buffagni and colorist Tamra Bonvillain. The washed out pastels really bring me back to the cover of those old Legends The Lando Calrissian Adventures. Lando suits up and heads into the facility. He finds a group of not-so-nice looking aliens taunting a small creature, with Bondeeni offering a reward to the first one who kills it. Lando steps in, fully equipped with body armor and a combat baton, taking out each alien to stop the bullying. Yeah, I always had Lando pegged for the type of person who didn’t tolerate animal cruelty. Nice to have that confirmed here.

Lando has no problem apprehending Bondeeni and taking him back to his uncle. Bondeeni is consoled by his uncle and promised to return to the lap of luxury. Lando is handed over the keys to the mine, as well as its profits. Lobot calculates they could fund Cloud City indefinitely. Lando’s ready to order lunch and pour some drinks as he contemplates his reward, but the guards around him are ready to get back to business. The first order of business is loading Roz’s freighter, so Lando gives the order, only to find a dark secret of why the mine is so profitable. 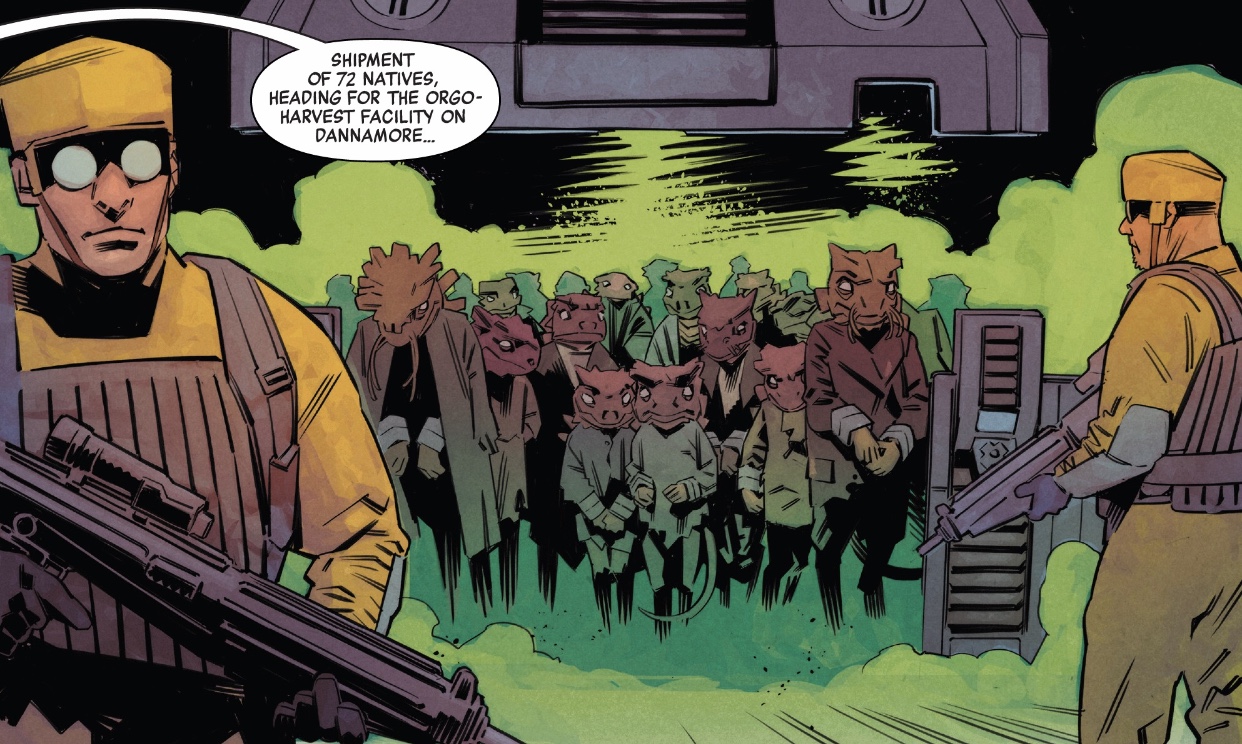 Slave labor. We all know this isn’t the first time Lando’s seen this. When a parent encourages their child to make a break for it, the guards catch the child and brutally discipline them. Lando orders them to stop and scolds Roz for using slave labor. The wealthy being shrugs it off and reminds Lando the wealth that awaits him if he ignores the ugly truth of how the mine operates. Lando has other ideas.

Lobot slices into the restraints and unshackles all of the slaves. It doesn’t take long for them to take on their oppressors and destroy the mine having kept them in bondage for so long. Lando and Lobot leave empty-handed but with clean consciences and knowing they helped their fellow beings take down their captors. It’s good for their souls but it won’t solve the budget crisis still facing them back on Cloud City.

Lando decides to use the rest of his stash to pay the bills of Cloud City. Not only that but the drinks are on him.

I really enjoyed this simple tale reinforcing the good in Lando. I’ve really enjoyed getting to know Lando a bit more in this new era of Star Wars. He appears as a one-dimensional charmer but there’s a compelling story of a common-conman turned to a righteous cause. This glimpse into his life writer Greg Pak has provided the early days of Lando’s good heart. He’s gone from a peripheral player to a person I look forward to seeing in any medium of the canon. This story is a reminder that real heroes still wear capes.

Hope you enjoyed being charmed, because the next issue is going to be…slimy. 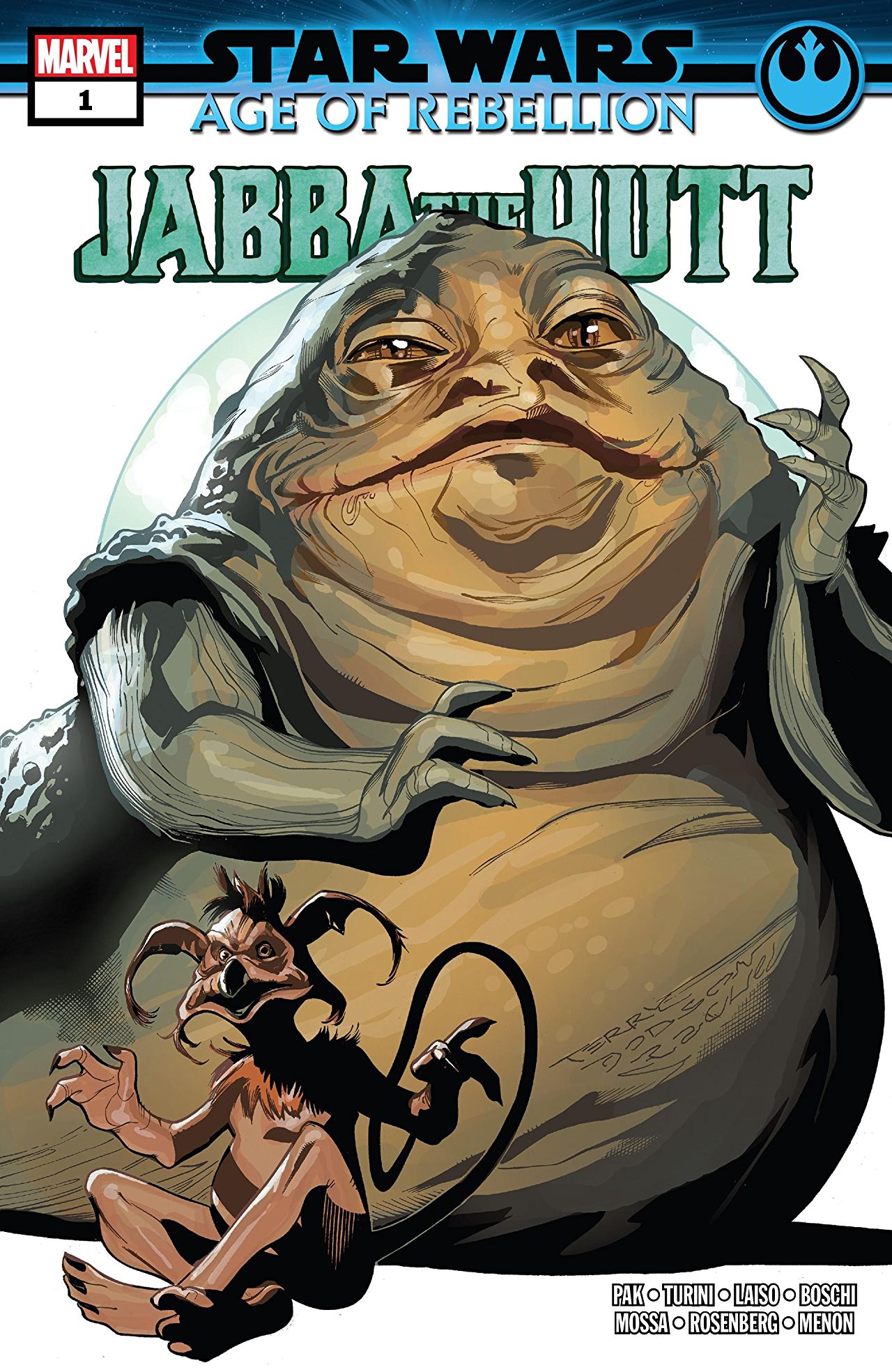