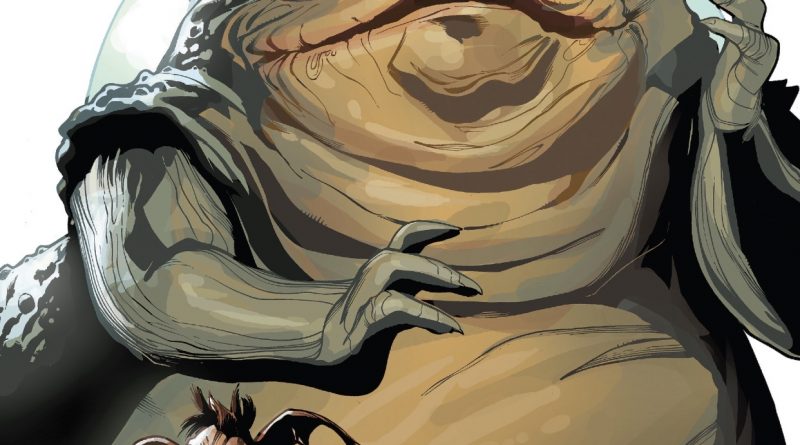 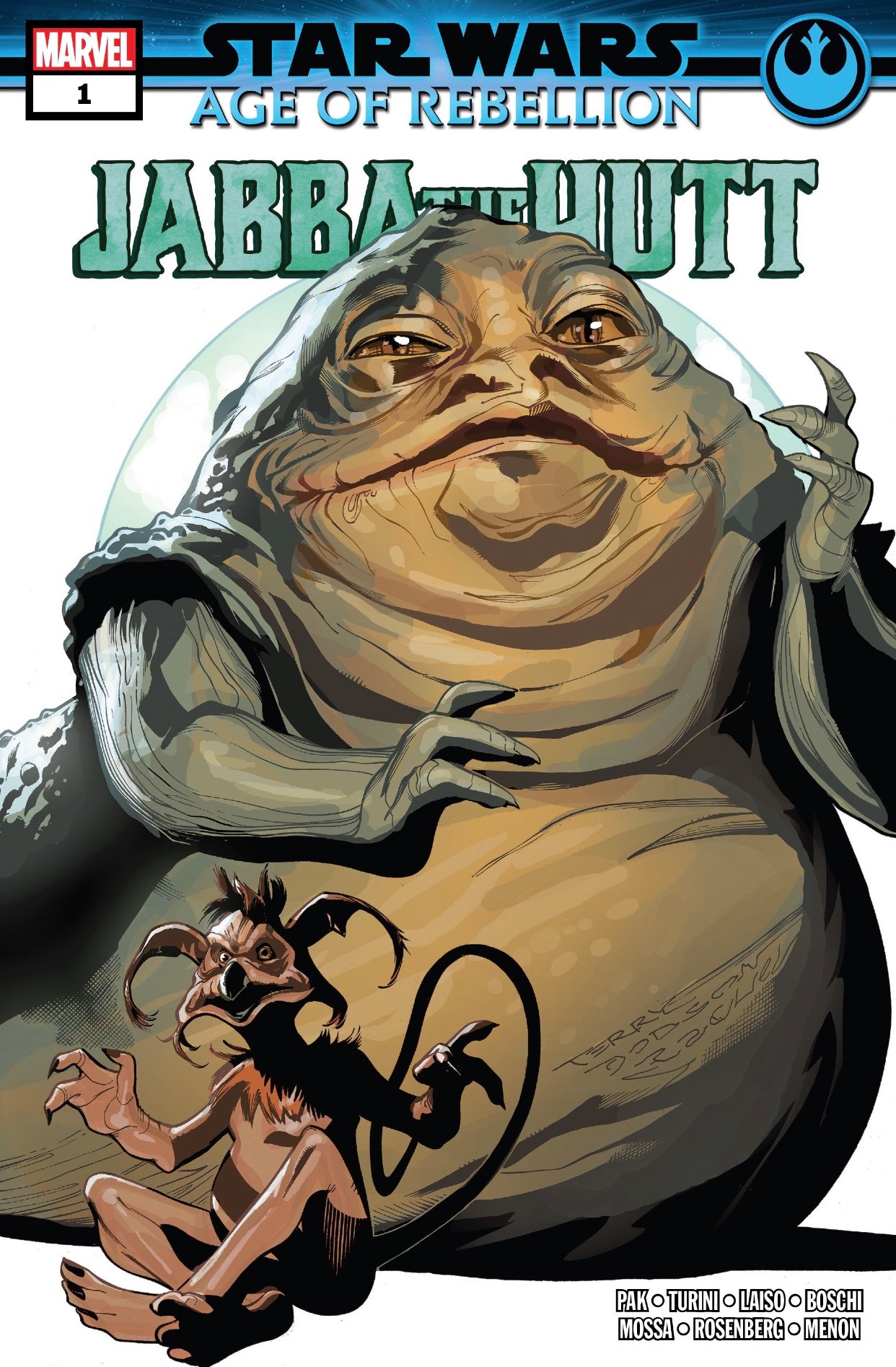 Confession time: My earliest memory of Star Wars is from a 1984 run showing of Return of the Jedi, being escorted out of the theater by my father as a small child, terrified of a giant slug who just murdered an innocent Twi’lek woman as she screamed out in terror. Needless to say, Jabba the Hutt and I got off on the wrong foot. If I had to pick my least favorite character in Star Wars canon, the loathsome Hutt would be it. I was puzzled as to what story writer Greg Pak thought would be worthy of telling in this Age of Rebellion series, since there are so many characters I could think of that deserve an issue. Turns out, there wasn’t much of one at all and I’m still scratching my head as to the point of this flat, useless issue about one of Star Wars’ detestable characters. SPOILERS AHEAD…. 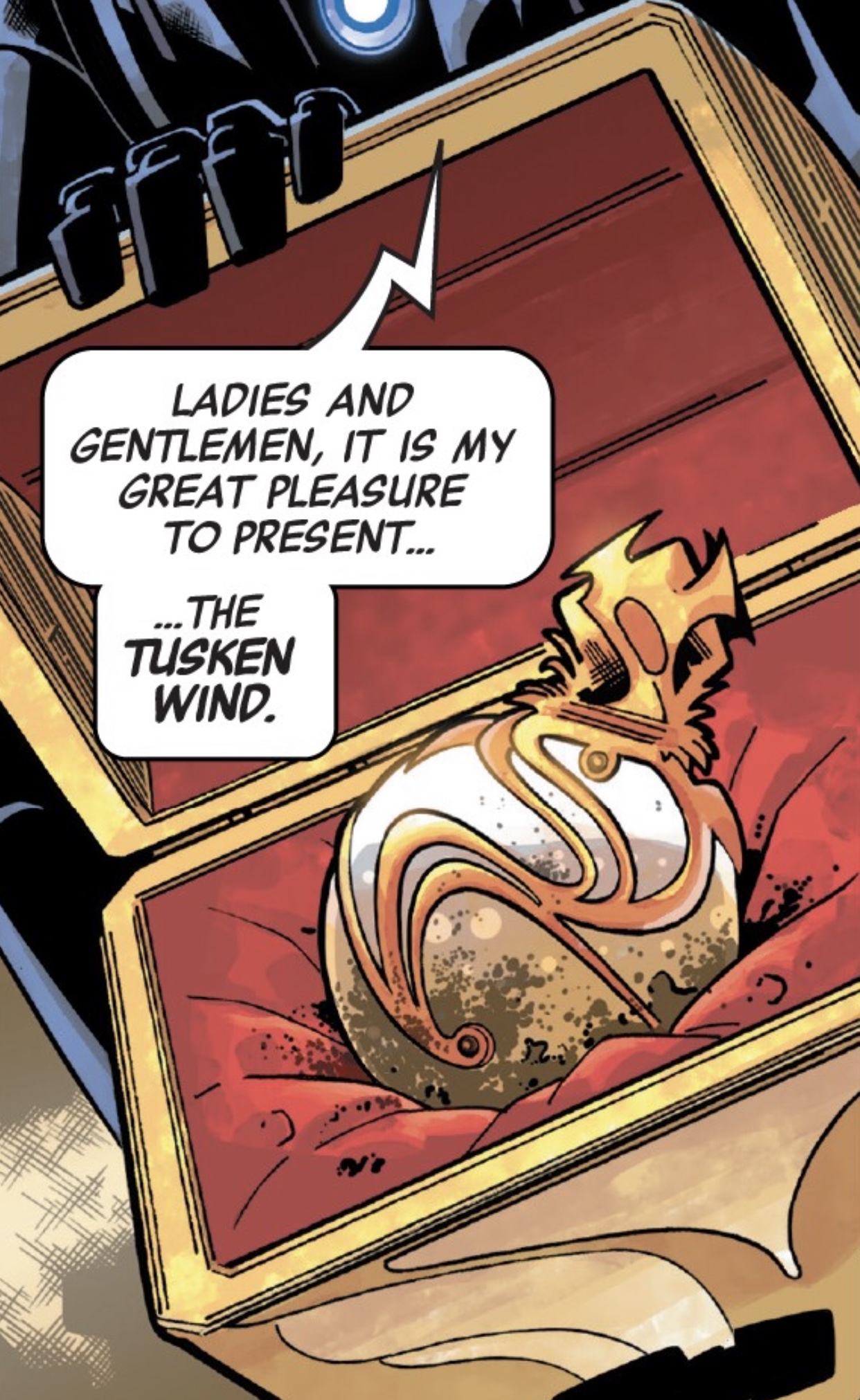 Behold, the Tusken Wind, the MacGuffin to this slimy, bloated issue. Our story begins on Canto Bight, where two smugglers overhear some rich gamblers order a round of this rare liquor, doing shots, then sitting back and taking in the unique physical sensation it provides. As soon as other patrons in the casino overhear of it’s unique properties, there’s a rush on the bar for more ten-thousand-credit-per-shot Tusken Wind. The bartender is out and mentions it comes from a single producer in the Outer Rim – on Tatooine. After hearing the price-per-shot, the smugglers fancy themselves to make a fortune by finding a cache of this liquor on the remote planet. 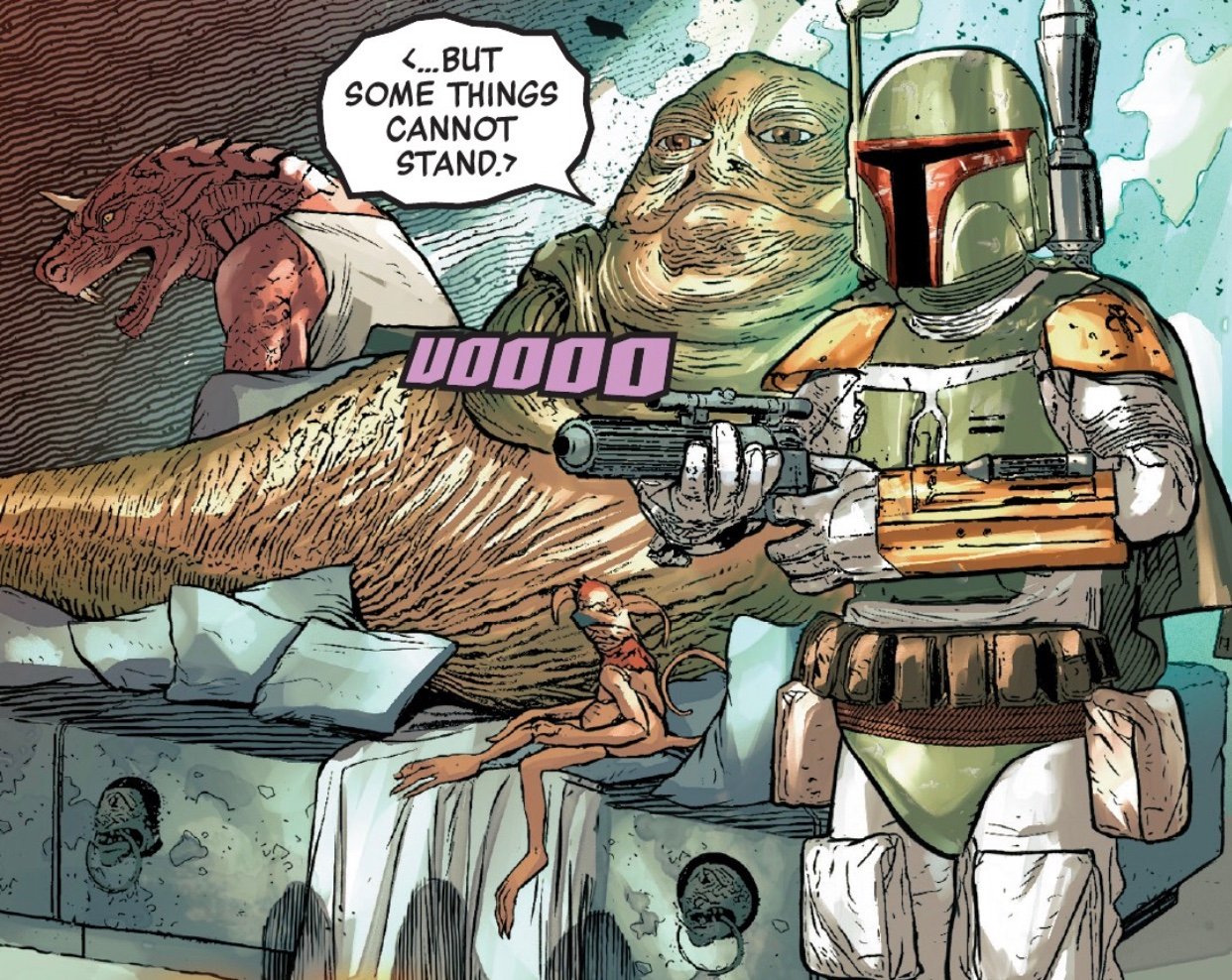 The smugglers arrive in Jabba’s Palace, since the Hutt controls everything on Tatooine, just after Jabba has agreed to protect an angry group of Tusken Raiders. As most displaced, indigenous populations in our own history experience exploitation of their sacred sites and customs, Tusken Raiders have been experiencing an uptick in outright theft of their Tusken Wind since word around the galaxy has spread of it’s unique properties. They complain that not only have smugglers been pilfering their lands in search of the drink, corrupt Imperial officials have been sending in Stormtroopers to steal from them as well. Jabba promises them protection to avoid a war between his syndicate and the Tusken Raiders, most likely just to get them out of his palace. 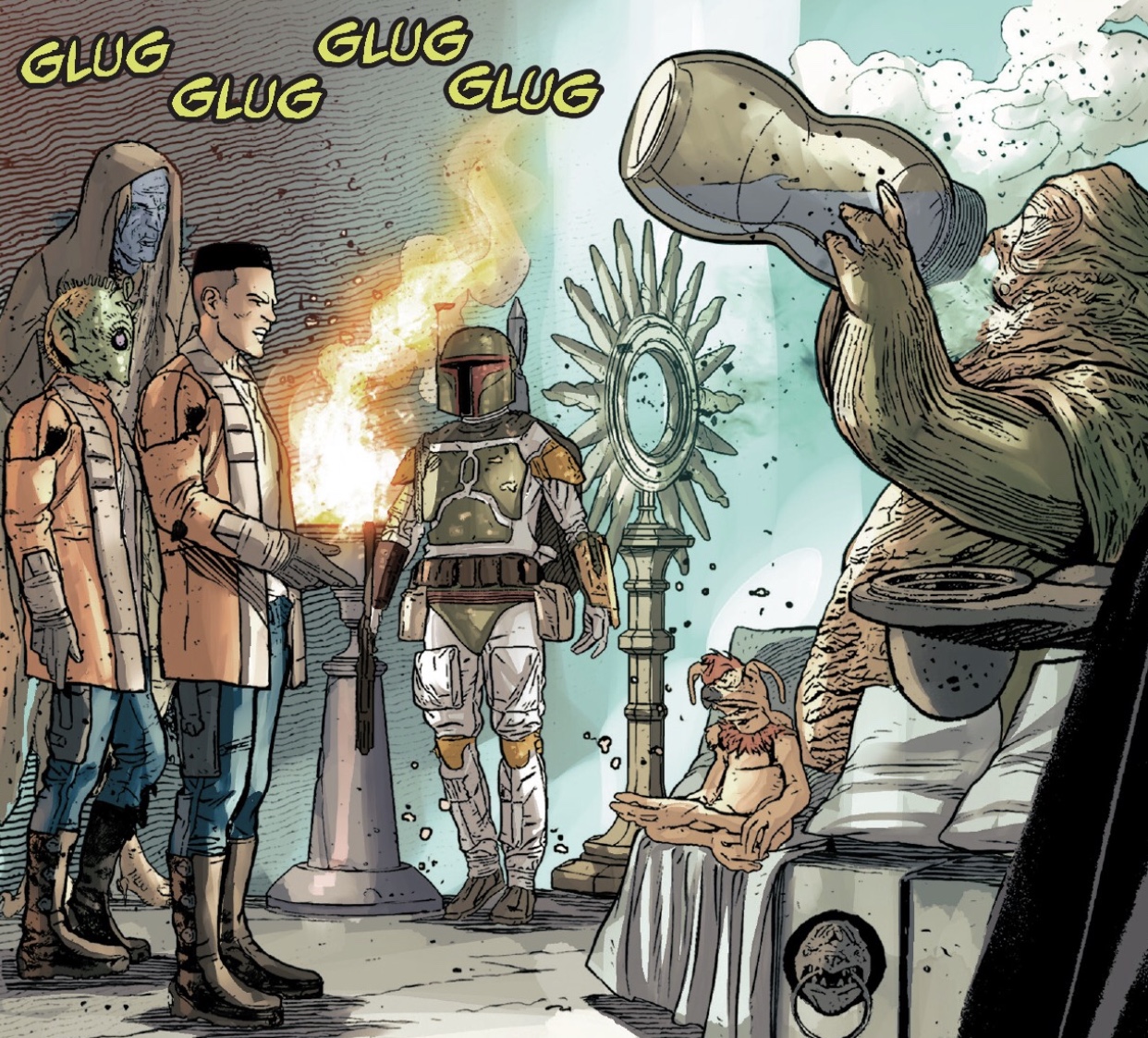 After the smugglers introduce themselves and their purpose on Tatooine, Jabba takes his last barrel of Tusken Wind and chugs it in front of them. The Hutt warns them not to go looking for more, along with a wink-wink-nudge-nudge telling them exactly where it is, when the best time to steal it would be. Clearly the Hutt has big plans that involve Tusken Wind but he needs to manipulate a few potential competitors into doing his dirty work for him. 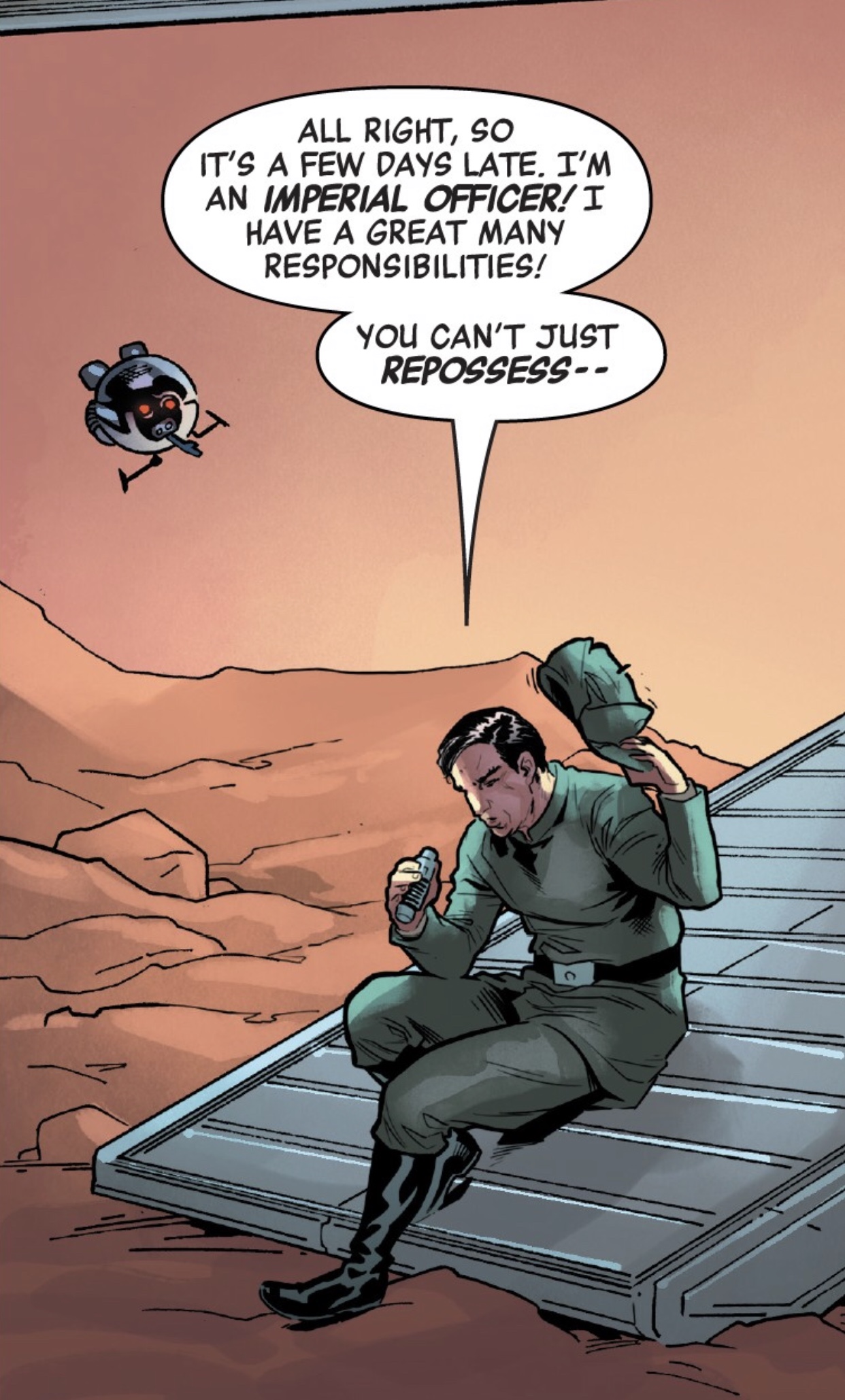 Speaking of slimy, here’s a corrupt Imperial officer who looks like he may have spread himself thin and is on the lookout for one last score. Tusken Wind hasn’t been easy for him to require, so in a much less cool manner, he’s sent a probe droid to search for leads. The probe overhears a group of Jawas talking about Tusken Wind, who overheard it from the smugglers discussions in Mos Eisley. Jabba started a pretty effective game of telephone and now everyone is set to head for the same place and perhaps the crime lord will send a representative of his own to join them. 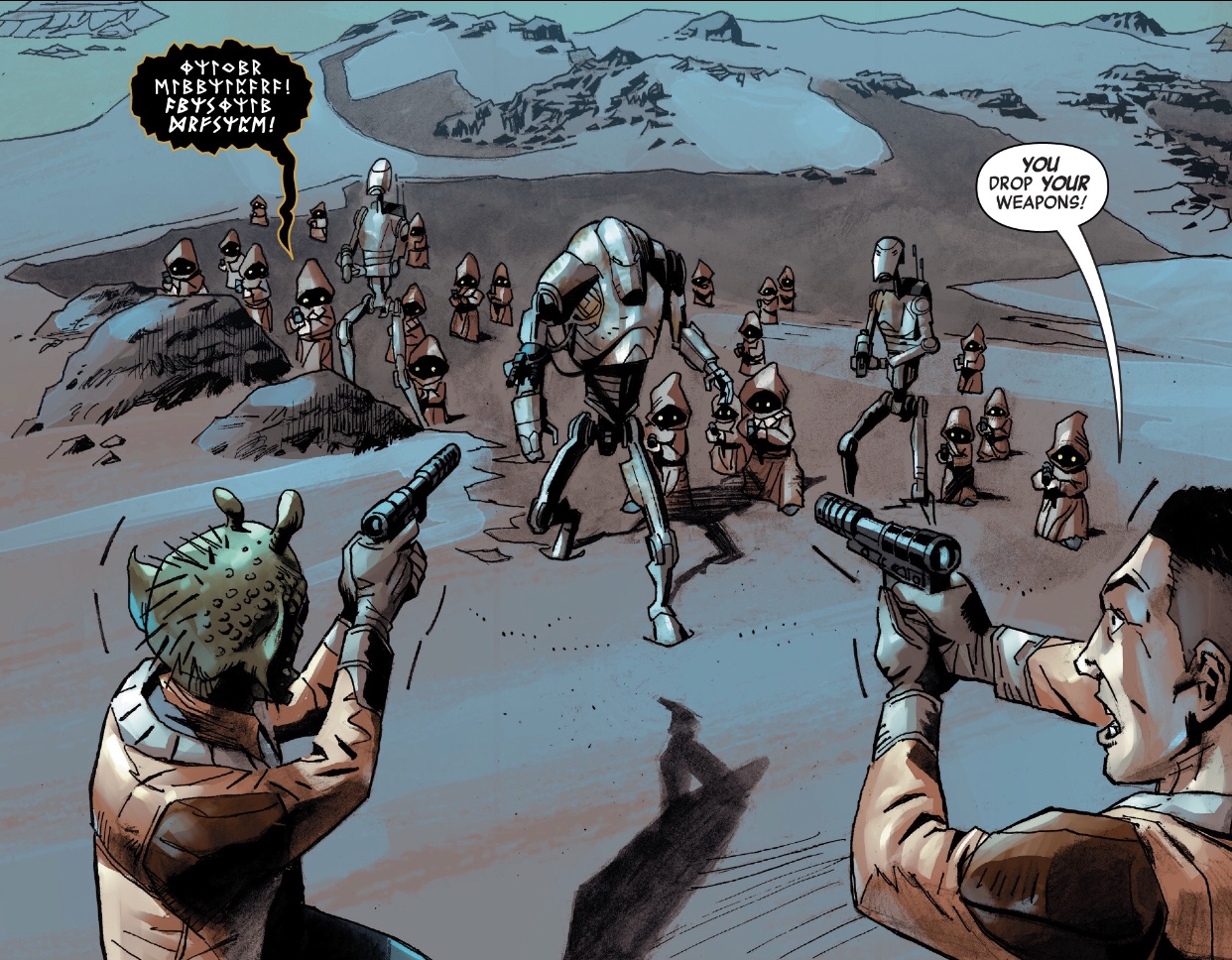 Sure enough, when the Jawas, smugglers, and Imperials converge blasters are drawn. I love how the Jawas repurposed old battledroids as their muscle in the fight. The corrupt Imperial officer has his own Stormtroopers who must wonder what in the stars they are doing on Tatooine in the middle of the night. Everyone is ready to shoot but they don’t realize Jabba sent someone who is skilled at being the one doing the shooting as opposed to being shot at. 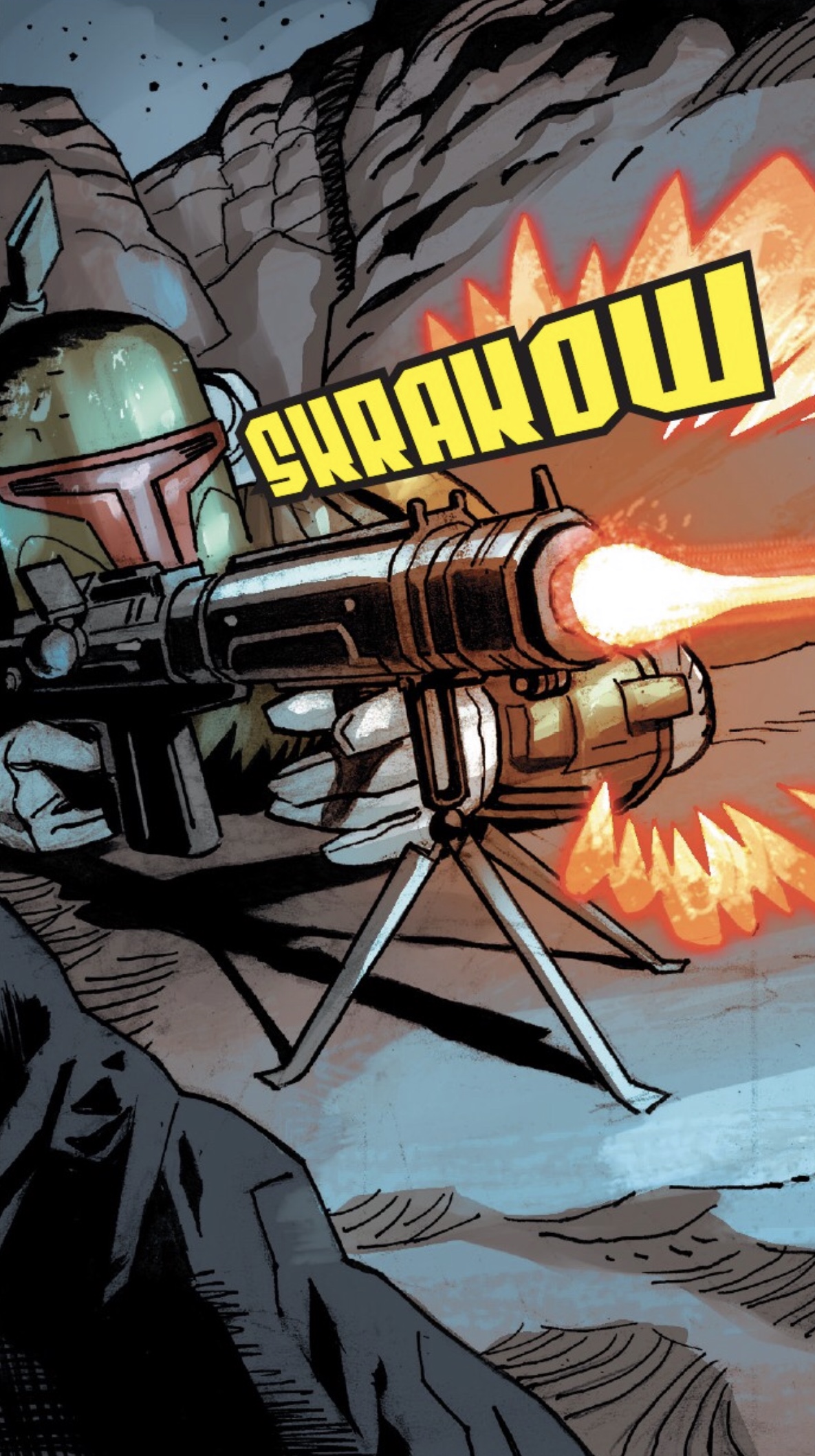 Boba Fett awaits and sets off a firefight. He fires the first shot from the distance, triggering everyone else, who quickly retaliate until everyone has been killed. Below, a camp of Tuskens see the glow of blaster bolts in the sky but continue their business. As much as I detest Jabba, it’s a pretty clever way to take out any competition to smuggling the Tusken Wind by having anyone who knew about its supply killed, as well as currying favor with the Tusken Raiders, who are most likely lead to believe Jabba ordered Boba to take them out. I guess you don’t get to be a big shot gangster without knowing how to pull the manipulation card on potential competitors. It’s nowhere near the Sheev Palpatine level but Jabba took care of business.

The next morning the Tusken Raiders return to Jabba’s Palace to pay their new Hutt ally tribute. Why they bring the bodies of all the Stormtroopers I have no idea. The Hutt welcomes them and accepts a very large supply of Tusken Wind that will no doubt add to the fortunes he already controls. Nothing is probably ever enough for a greedy being like Jabba. Just as he accepts the gift, Bib Fortuna informs him a rival outfit (Coruscant Cartel…first mention, as far as I know) has developed a way to create the Tusken Wind, thus plummeting its market value and tanking the fortune Jabba was about to make. You’d think the Hutt would be so angry he’d find a new victim for the Sarlacc. What does he do instead? 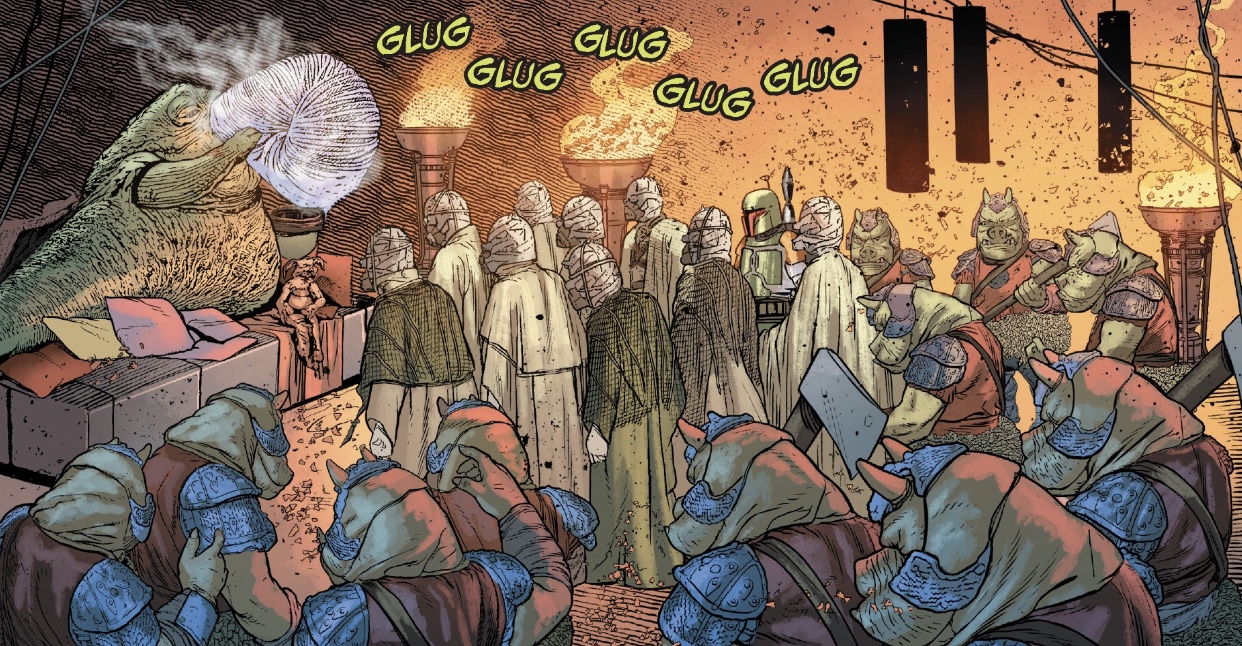 He chugs the whole damn stash of Tusken Wind and burps. Yup, that’s your story.

So, as admittedly biased as I am against this character, I went in with as much of an open mind as I could. Solo really showcased how interesting and diverse the underworld of the galaxy can be but this story felt absolutely pointless. With characters like Mon Mothma, Admiral Ackbar, Wedge Antilles, Sheev Palpatine, or even Lobot…an issue like this seems like a waste of time. Jabba’s not a dynamic or compelling character so I don’t see any reason why time was wasted on a story that in itself is mediocre and formulaic. The supporting characters were not interesting either and nothing happened at all. I try to find the silver lining in most comics and books I review but there was nothing here. Overall, I have to say, the Age of Rebellion has been a bit of a letdown, especially after a solid run of issues in Age of Republic. The only redeeming thing in this book is the art by Emilio Laiso, Roland Boschi, Marco Turini; with color by Address Mossa, Rachelle Rosenberg, and Neeraj Menon. That’s all I have to say and really don’t bother looking for this story, especially if you are going to purchase the complete series for your collection, as this will be included whether you want it or not. 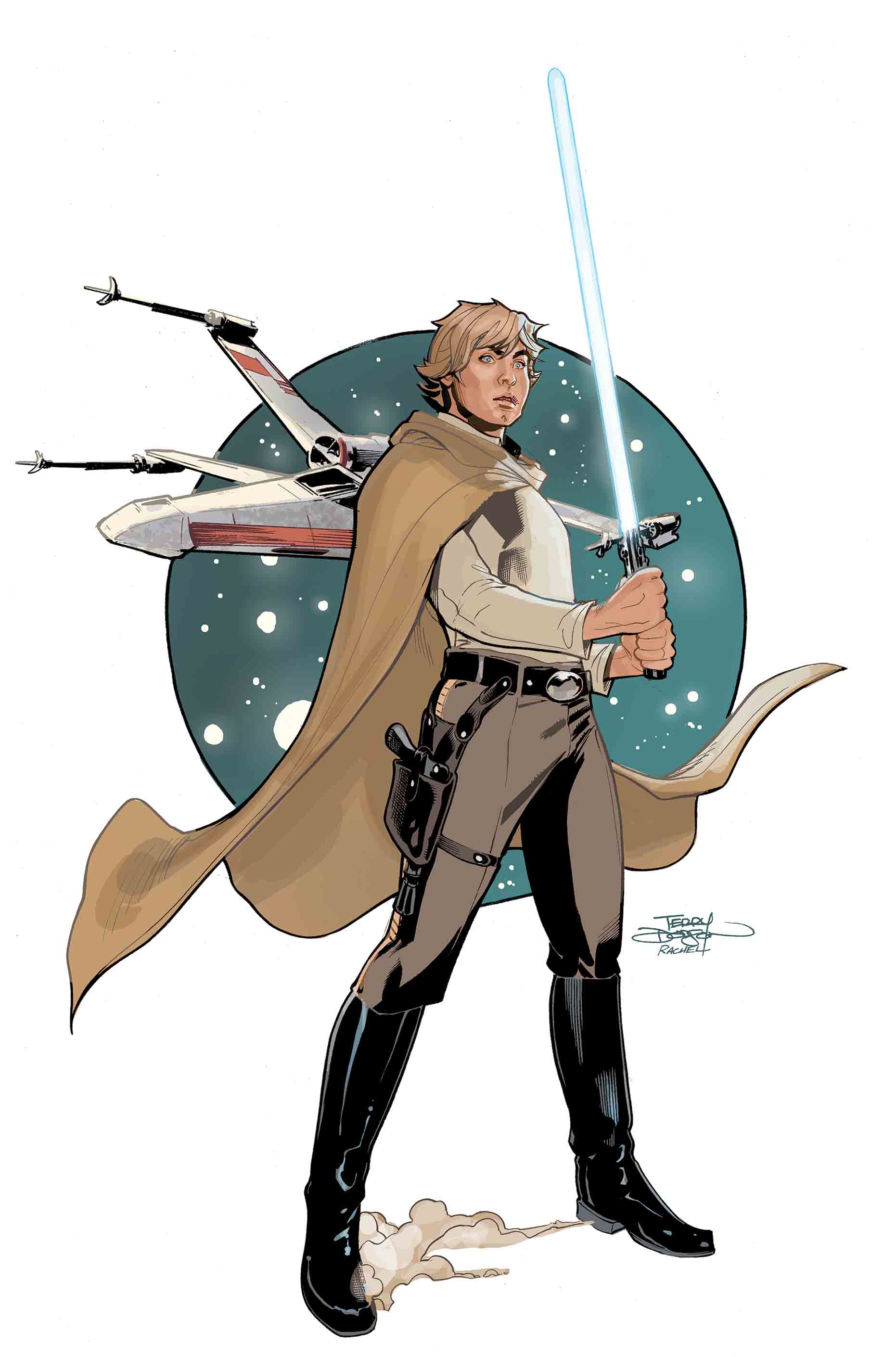 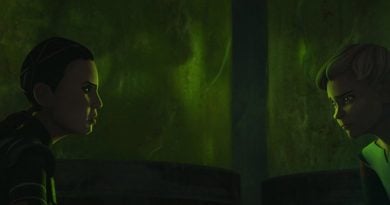 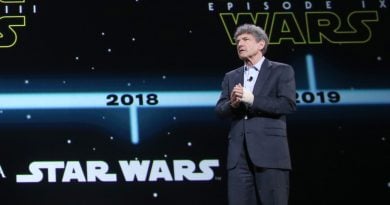 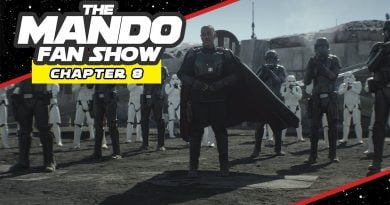