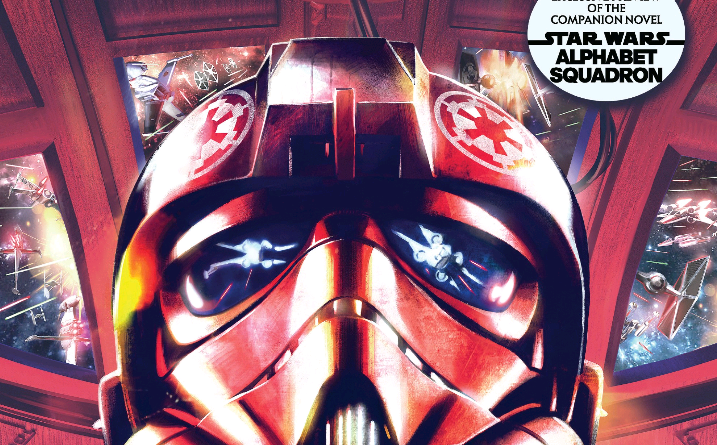 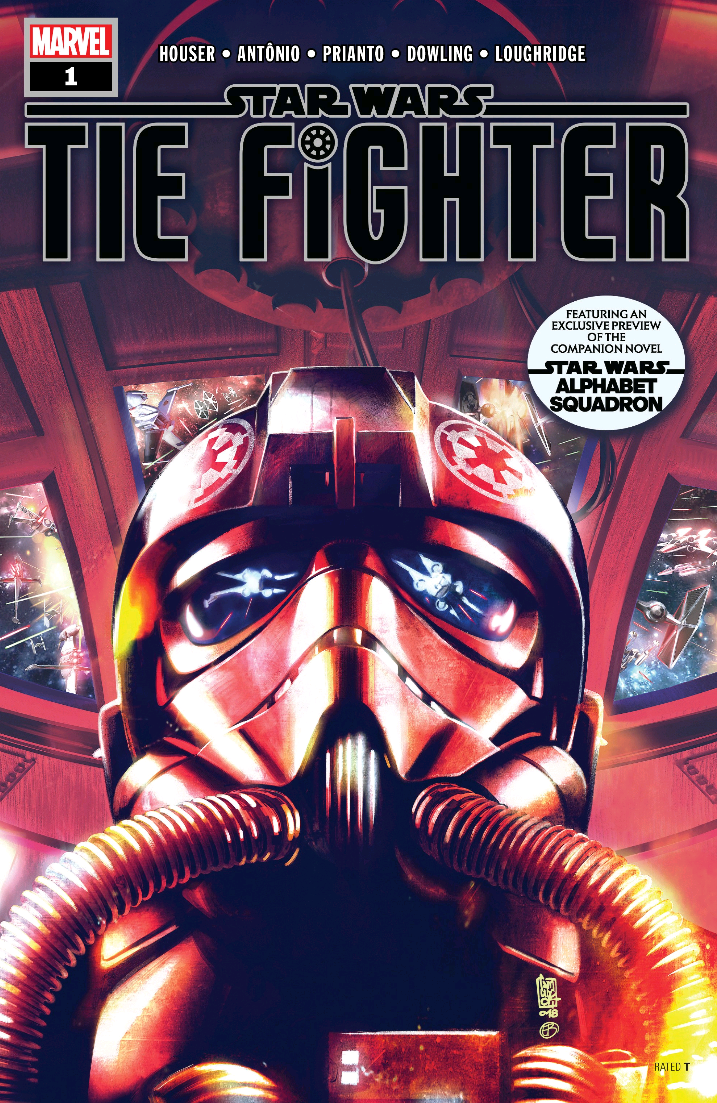 In the first issue of the five-part mini-series, writer Jody Houser (with artists Rogé António, Michael Dowling, Arif Prianto, and Lee Loughridge) presents the Galactic Civil War through a different perspective than we’re used to. A companion story to the upcoming novel Alphabet Squadron, Star Wars: TIE Fighter tells the story of the TIE squadron “Shadow Wing” as they struggle to put an end to the treasonous Rebellion against the Empire. Read on for the full review. Spoilers ahead… 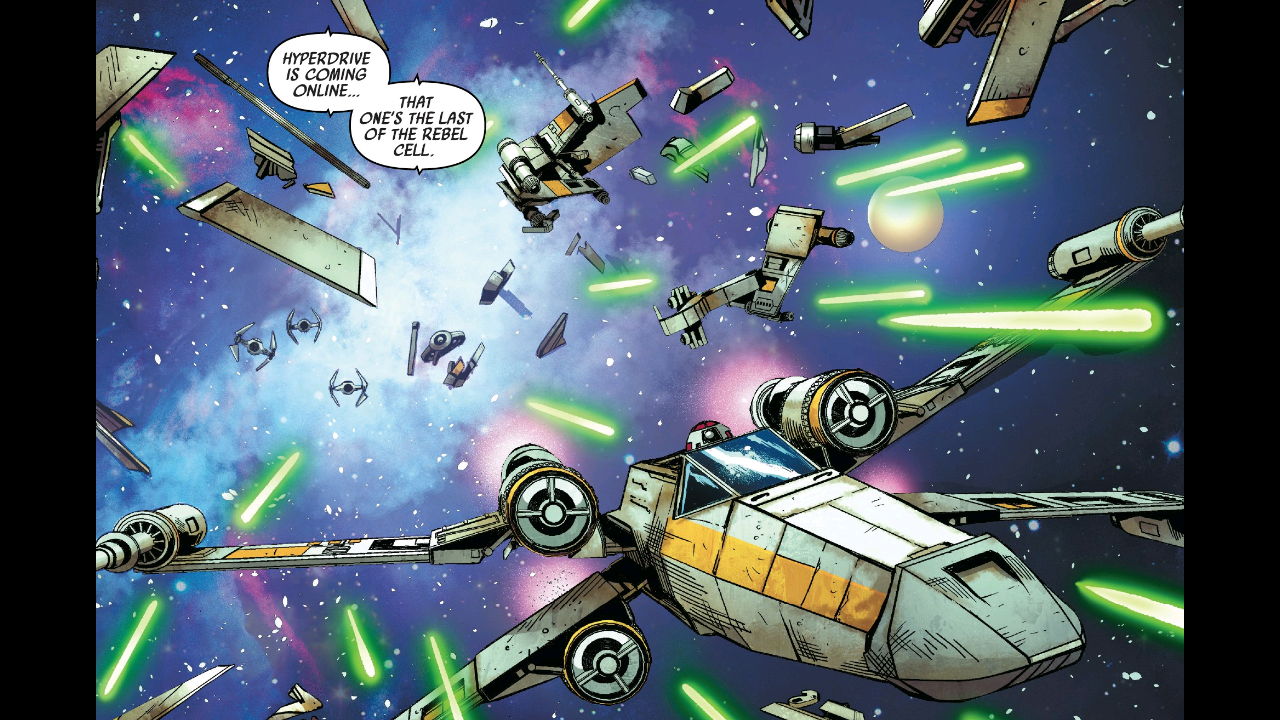 I honestly haven’t thought twice about this series up until now. I thought it looked moderately interesting, but this series and the upcoming Alphabet Squadron by Alexander Freed have sort of flown under the radar and caught me off guard. A surprise, to be sure, but a welcome one. 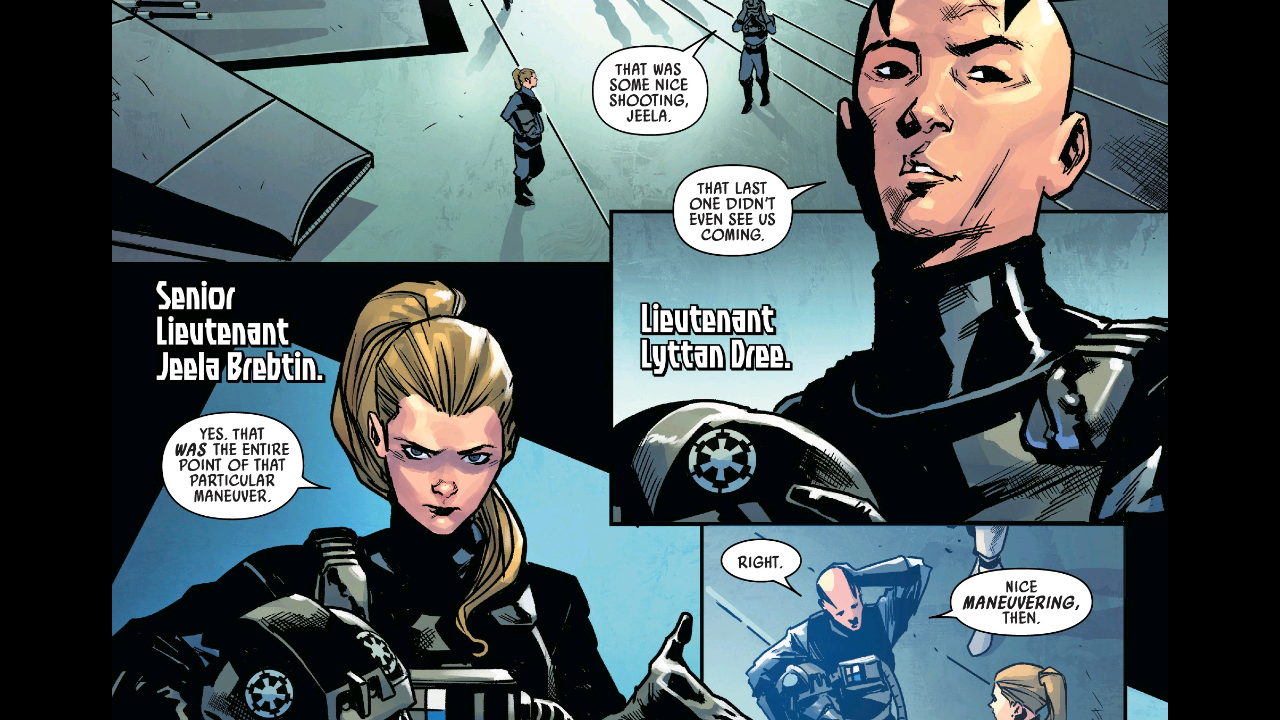 Houser’s series introduces us to the five members of the elite Shadow Wing squadron and shows us a glimpse into the everyday life of an Imperial pilot during the Age of Rebellion. Our “heroes” are the veteran Second Lt. Commander Teso Broosh, the romantically involved flight officers Ganem Kahi and Zin Graw, the no-nonsense Senior Lieutenant Jeela Brebtin, and Lieutenant Lyttan Dree (one of the Dree brothers who trained at the academy with Han in Han Solo: Imperial Cadet). 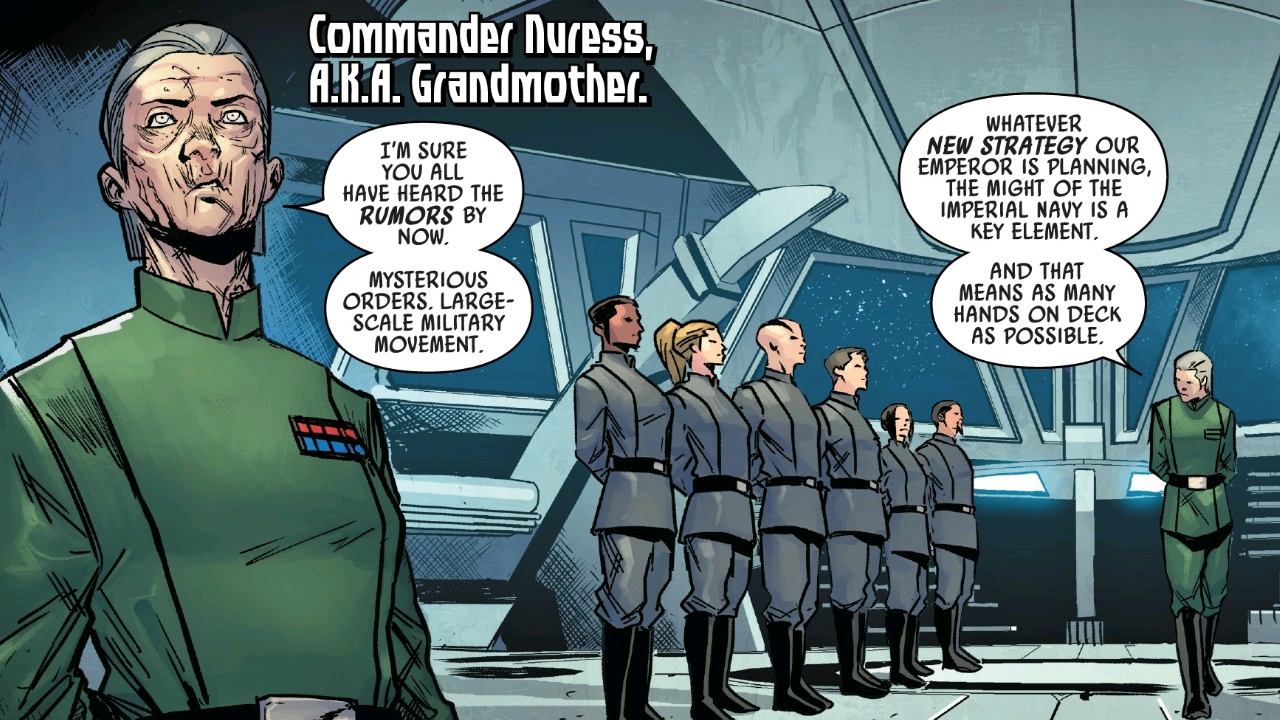 Shadow Wing is the fifth squadron of the 204th Imperial Fighter Wing under the command of Commander Nuress, whom the squad affectionately calls “Grandmother”. When Grandmother gives the squad a new mission to escort the hyperdrive-impaired Star Destroyer Celerity to protect it from Rebel attack, the squadron is up to the task. 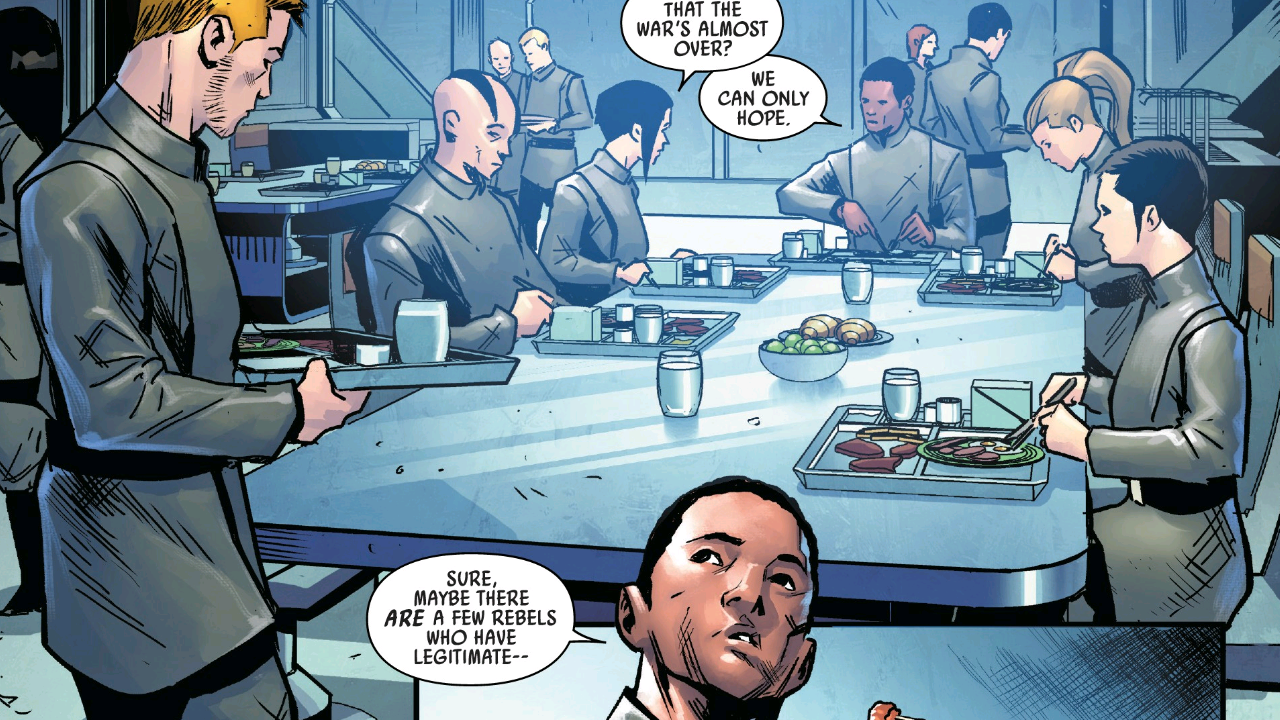 This issue provides a glimpse at the motivations behind some of the pilots, along with their concerns and dedication to the Empire and their views of the Rebellion. Rumor is that the war is nearly over, and Ganem is very hopeful that is indeed the case. Ganem definitely comes across as an idealist – a good soul who doesn’t realize that the Rebellion is actually trying to restore the Republic to what it once was. 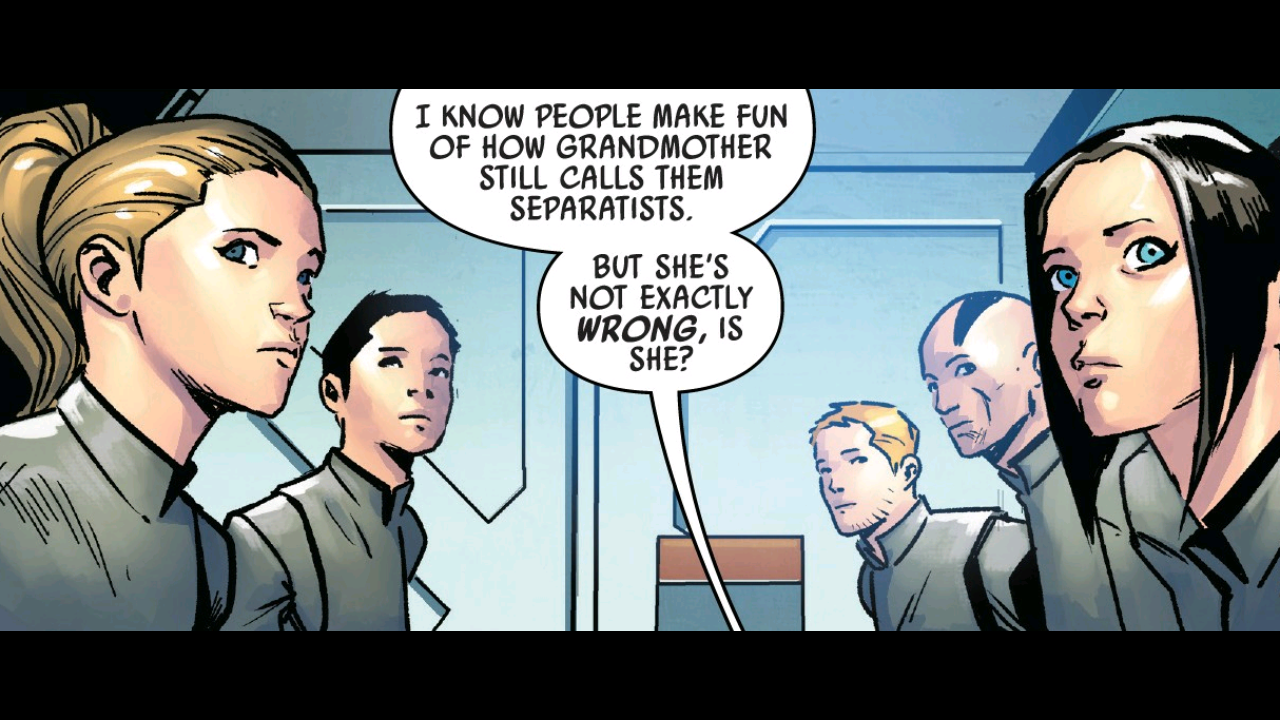 He still views the Empire through Republic-tinted lenses, and like Grandmother, thinks of the Rebels as being more akin to the Separatists during the Clone War. He understands that some of their grievances are legitimate, but he can’t get past the fact that their methods are nothing short of terrorism, especially after the destruction of the Death Star which he equates to an act of mass murder (which is ironic when you consider what the station itself did to Jedha City and Alderaan). 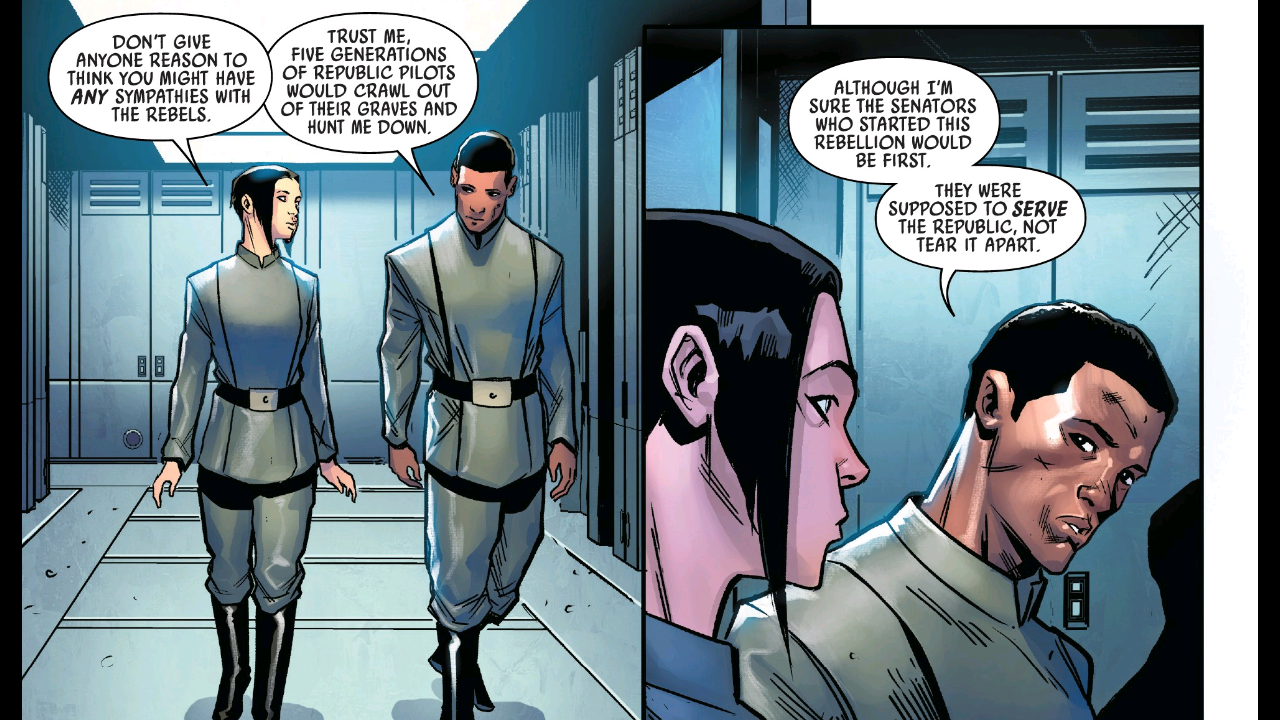 Zin warns her boyfriend against sharing any views that may be mistaken for Rebel sympathy. She knows that he remains loyal, but you never know who may be listening, as Jeela had pointed out earlier during their discussion in the mess hall. 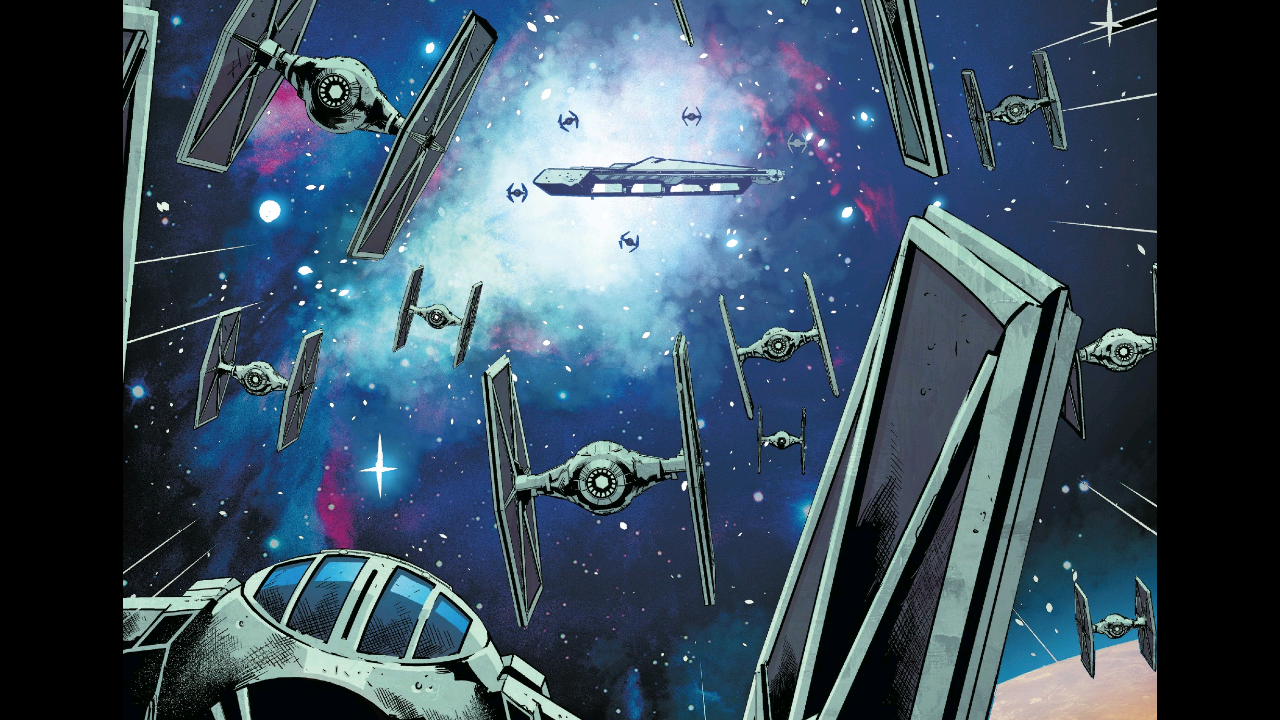 When the squadron arrives later at the Kudo system to escort the Celerity, they soon realize that they may be a little late to the party. When an ion blast fires from the Celerity itself, their worst fears become reality – the Rebels seem to have already taken control of the ship and its TIE Fighter wings. They should have brought more pilots. 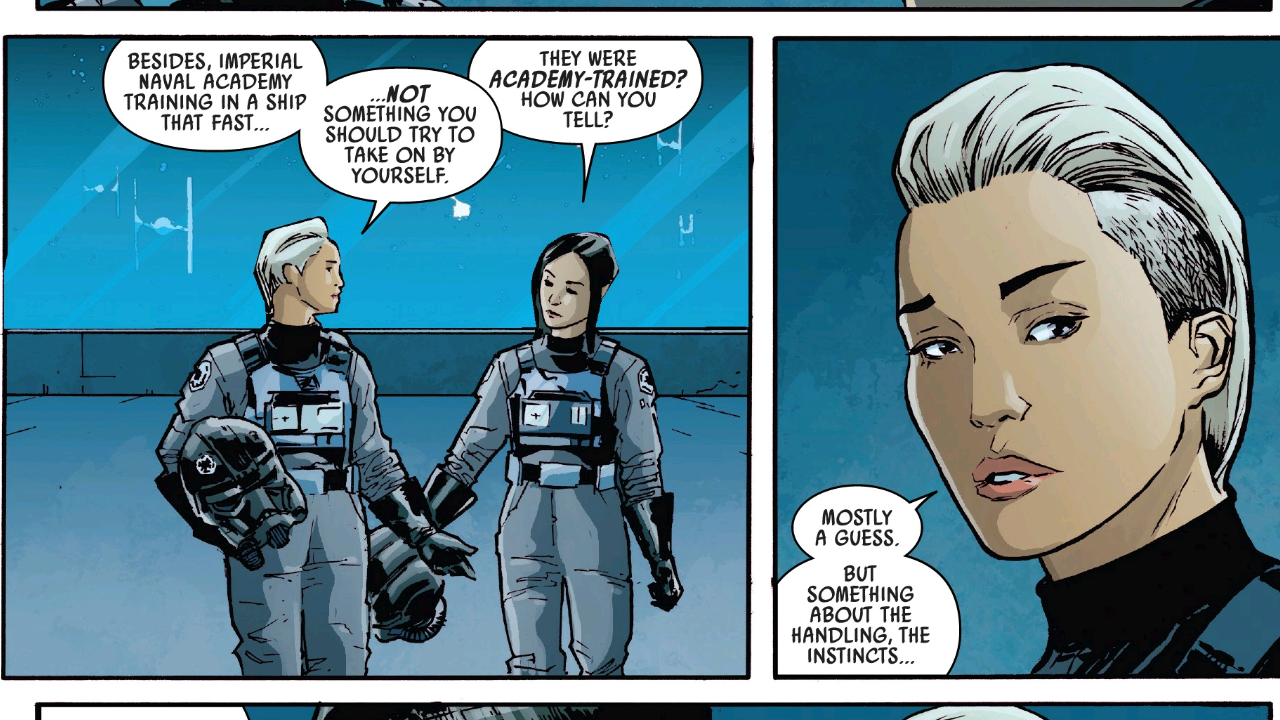 In the epilogue, we meet another pilot of the 204th named Lieutenant Quell as she has a conversation with Zin (several days prior to the mission with the Celerity) about the dangers of going up against the Rebels. She points out that the pilots appear to be trained in the Imperial Navy given the skills and instincts she’s seen them employ in dogfights. What makes them even more dangerous is that the ships the Rebels are using are a little more formidable than a TIE Fighter in one-on-one encounters. Zin remarks that these pilots should be flying with them and not against them. 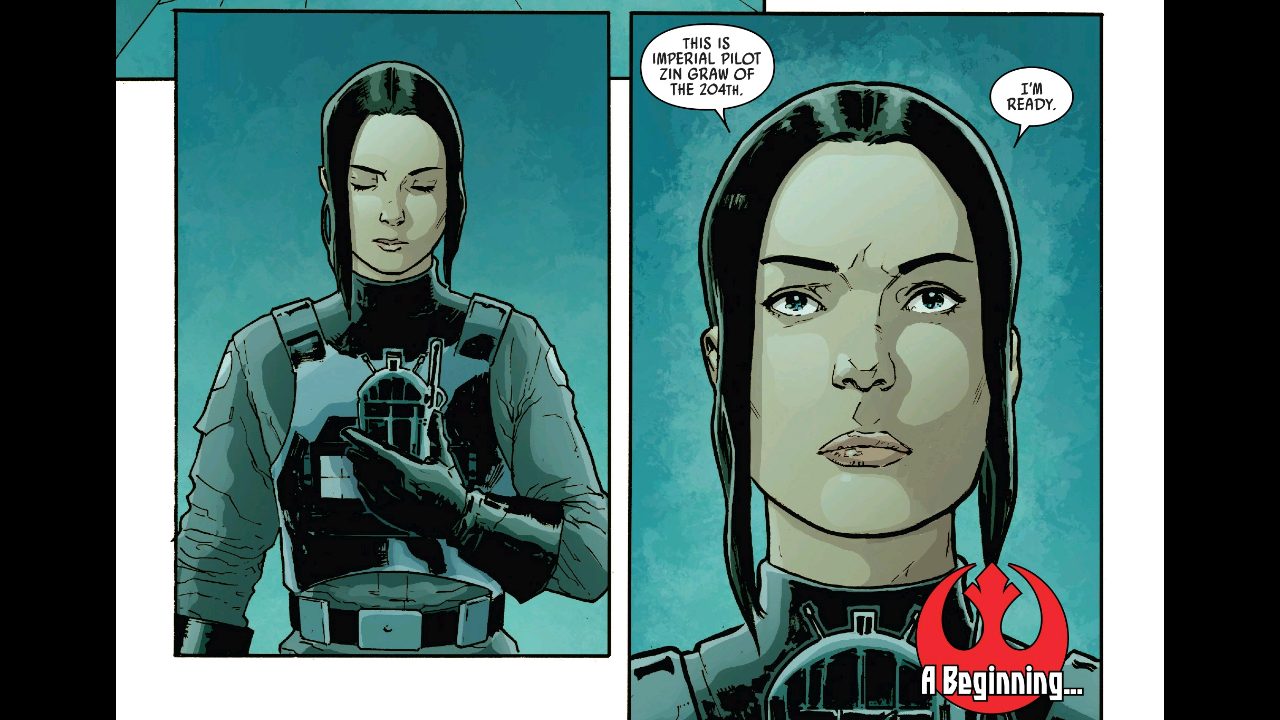 After their conversation, Zin sneaks off to a supply closet and sends a mysterious message to someone on the other end. She’s ready. But for what exactly that is, we’ll have to wait until next month to find out. Could Zin be a Rebel spy in the Imperial ranks? The evidence is certainly pretty damning, but there could be more than meets the eye going on here as well. 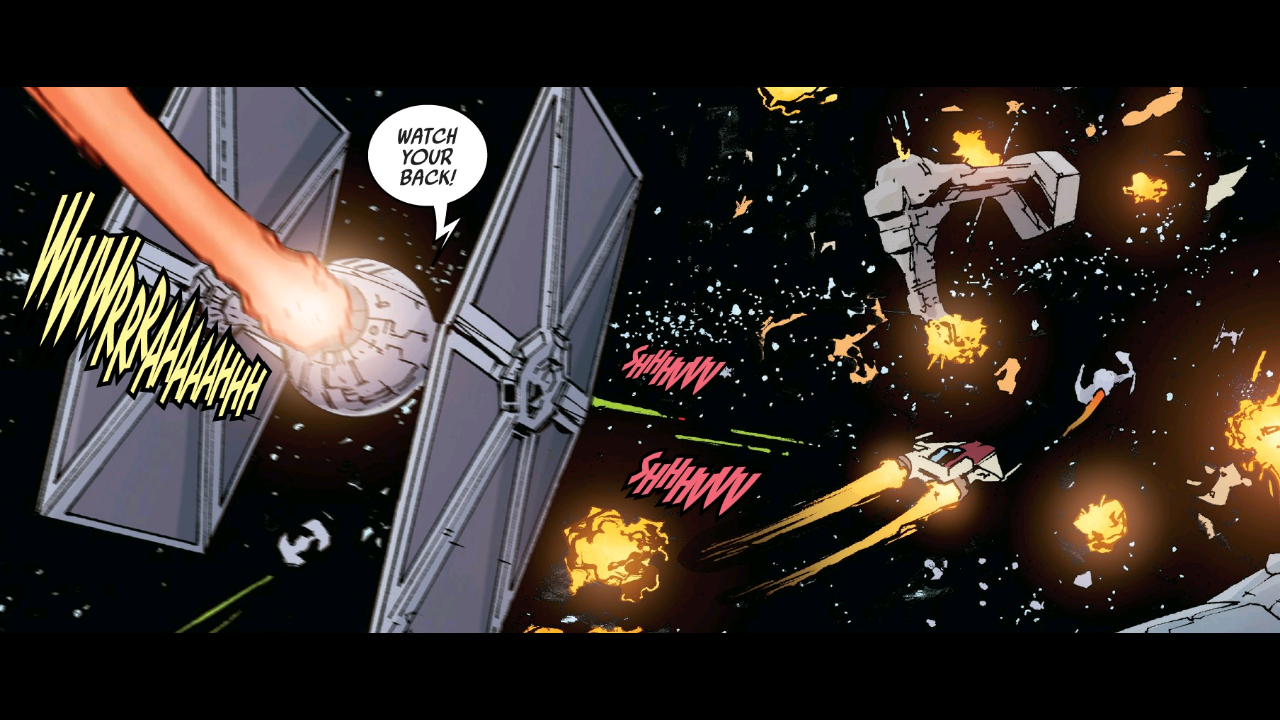 At the end of the comic, there is also a bonus excerpt from the upcoming Alphabet Squadron novel. In the excerpt, Lieutenant Yrica Quell (whom we met in the epilogue) appears to be defecting from the Empire. The reprogrammed Imperial torture droid serving the Rebel Alliance is not buying her story, however. Is Quell telling the truth, or is she an Imperial agent attempting to embed herself in the ranks of the Rebellion? We’ll have to wait until June to find out when Alexander Freed’s novel hits the shelves. 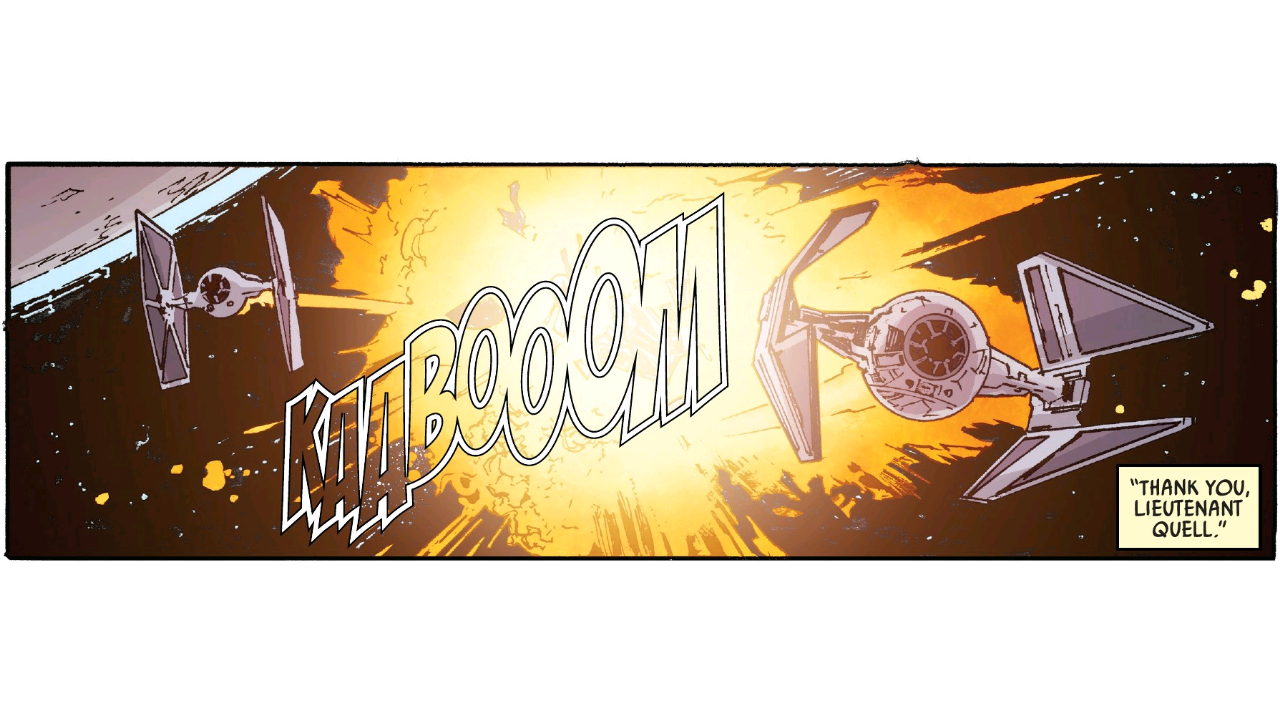 My excitement for issue #2 of Star Wars: TIE Fighter cannot be overstated, especially after I wasn’t expecting to get sucked into this one so hard. One of my favorite aspects of the new Star Wars canon is how the stories paint a more gray picture of the Empire and the Rebellion. It’s not all black and white anymore, and there are indeed heroes on both sides. As Obi-Wan once said, “Many of the truths we cling to depend greatly on our own point of view,” and that is certainly true here as this comic is a great example of that concept.

Star Wars: TIE Fighter #1 is available now in a comic shop near you or online at Comixology. Happy reading comic fans! 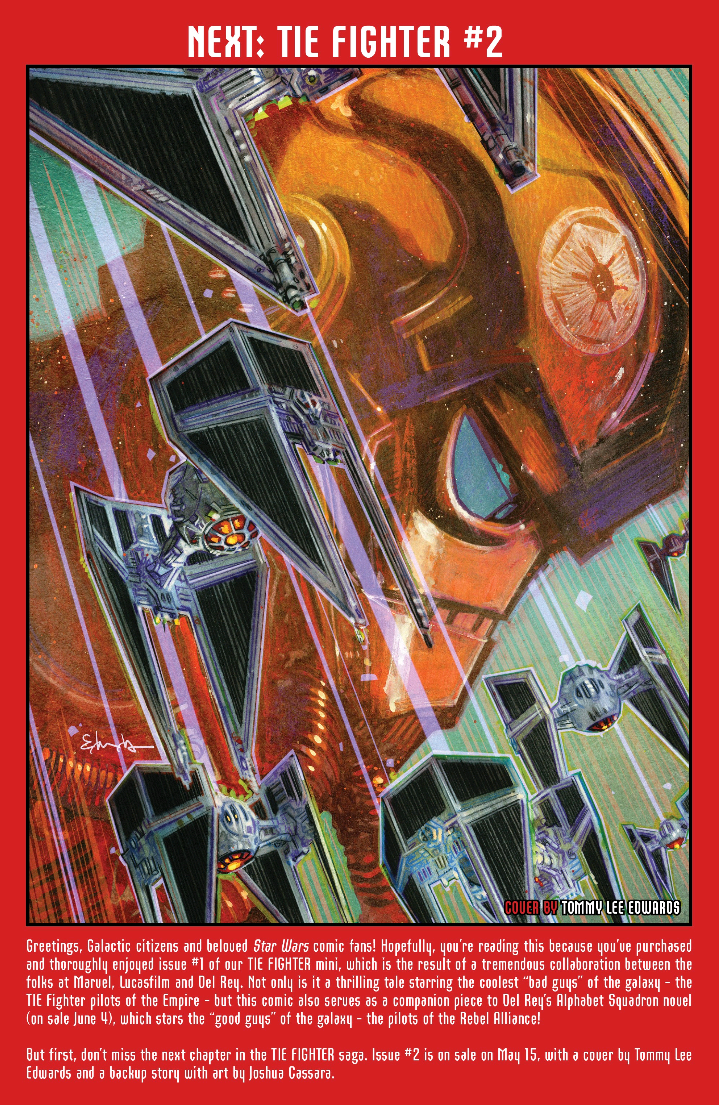 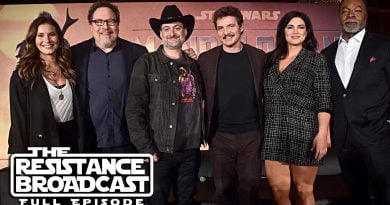 The Resistance Broadcast – Becoming Fandalorians of The Mandalorian with Ash Crossan! 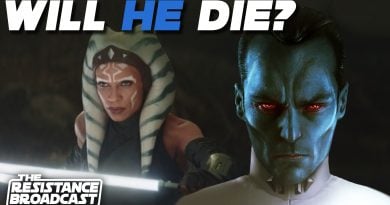 The Resistance Broadcast – Will Thrawn Be Killed in the Ahsoka Series? 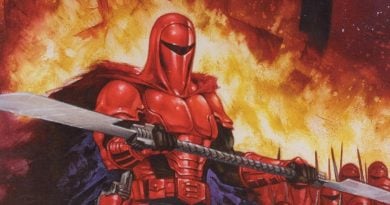