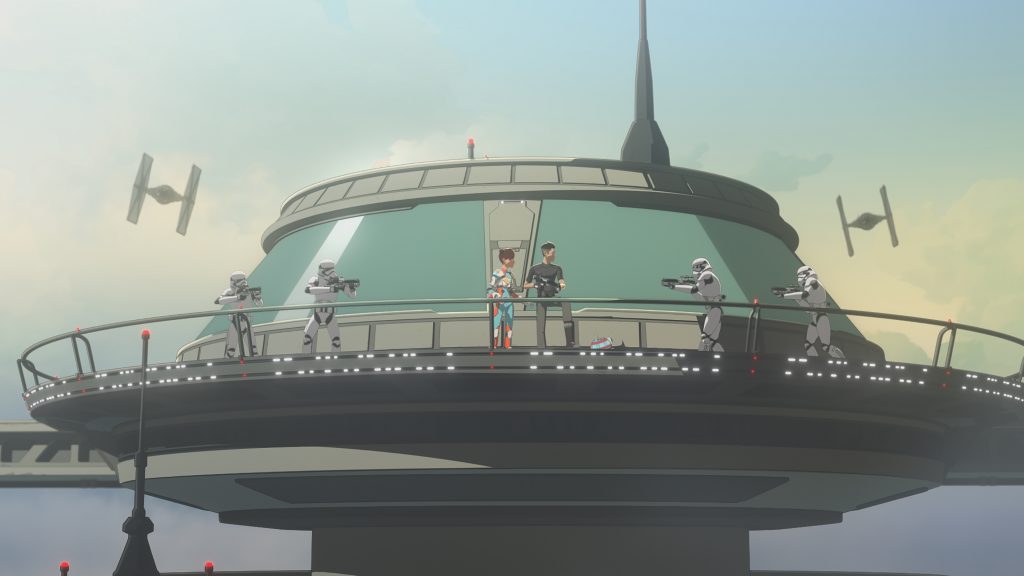 The season 1 finale of Star Wars Resistance, “No Escape, Part 2”, airs on the Disney Channel this coming Sunday. We were sent a new clip and some cool images from the upcoming episode which has Kaz planning to shake things up, quite literally, to stop the First Order’s plans in the wake of the destruction of the Hosnian System.

In “No Escape: Part 2,” Kaz and Torra free Yeager and Doza, but Tam is going to be escorted off world by the First Order. Kaz comes up with a crazy plan, using Neeku’s help to upset the platform – literally. The First Order are temporarily thwarted, but return to destroy Kaz and crew…
The new episode – “No Escape: Part 2” – will also be available SUNDAY, MARCH 17th (12:01 a.m. PT) on the DisneyNOW app and Disney Channel VOD, giving kids and families access to the series wherever and whenever they want to watch. 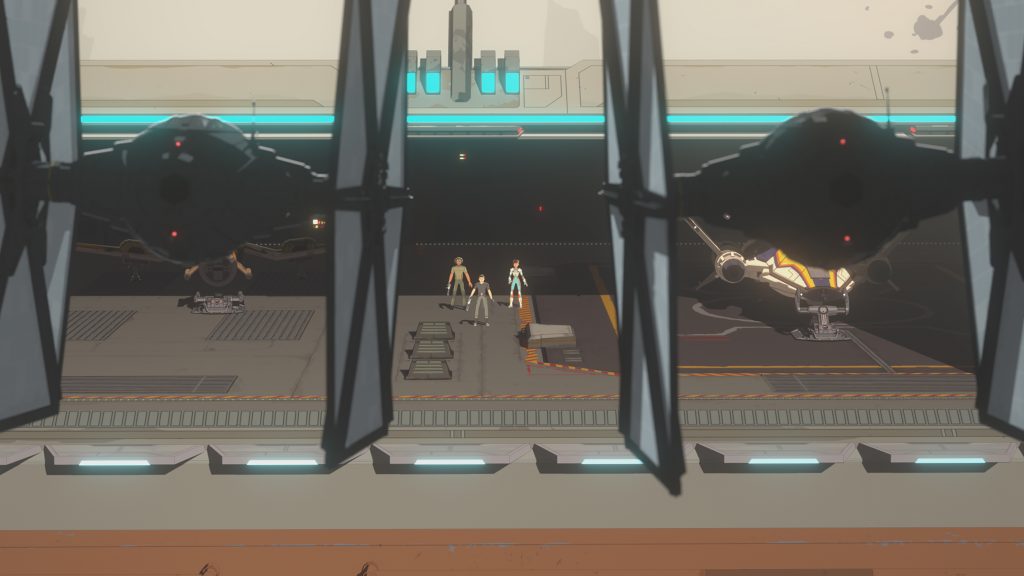 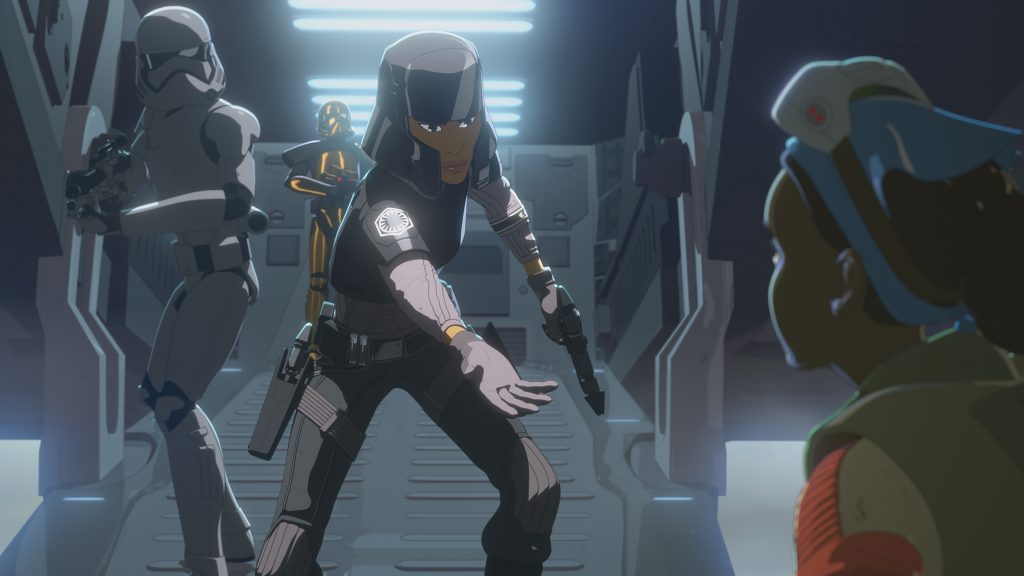 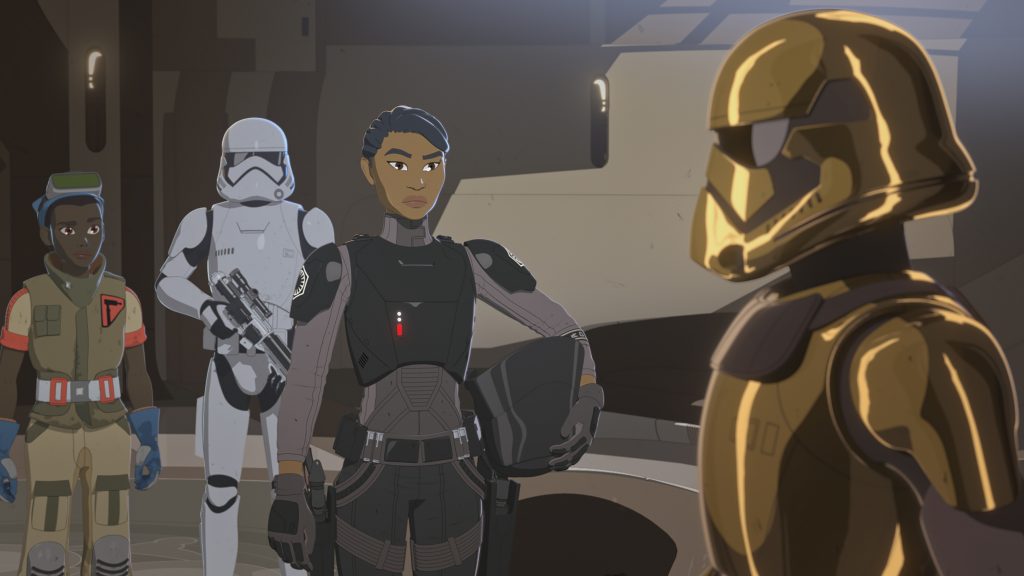 Star Wars Resistance has come a long way since it debuted this past Fall. How will the first season come to an end? We’ll find out Sunday!