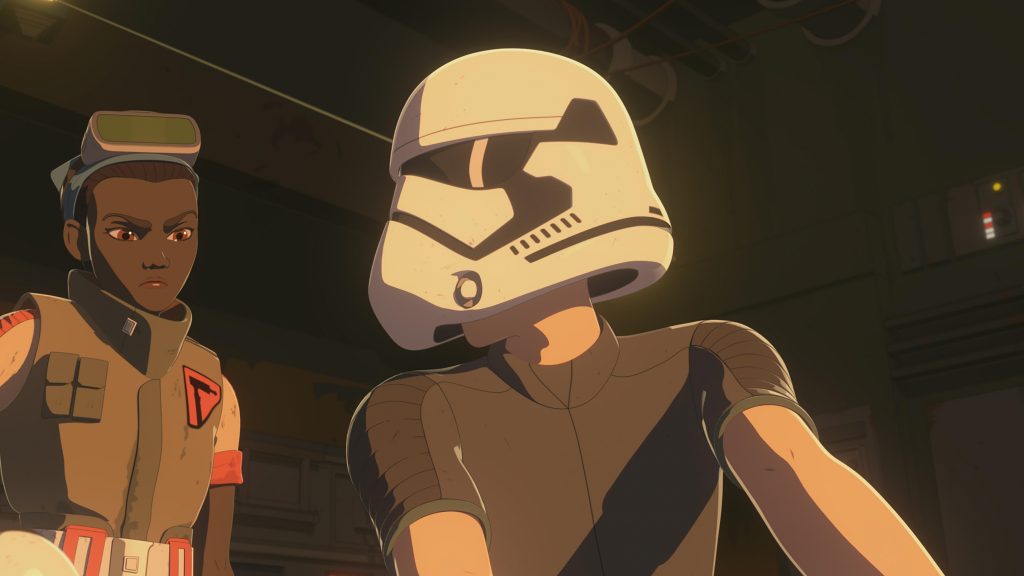 The next episode of Star Wars Resistance, “The New Trooper”, airs on the Disney Channel this coming Sunday. We were sent a new clip and some cool images from the upcoming episode which has Kaz filling a familiar Star Wars trope, being in disguise as a stormtrooper!

In “The New Trooper,”  When Kel and Eila seek out Kaz’s help after accidentally knocking out a First Order stormtrooper, Kaz dons the trooper’s armor in an effort to collect more information on the First Order.
The new episode – “The New Trooper” – will also be available SUNDAY, FEBRUARY 10th (12:01 a.m. PT) on the DisneyNOW app and Disney Channel VOD, giving kids and families access to the series wherever and whenever they want to watch. 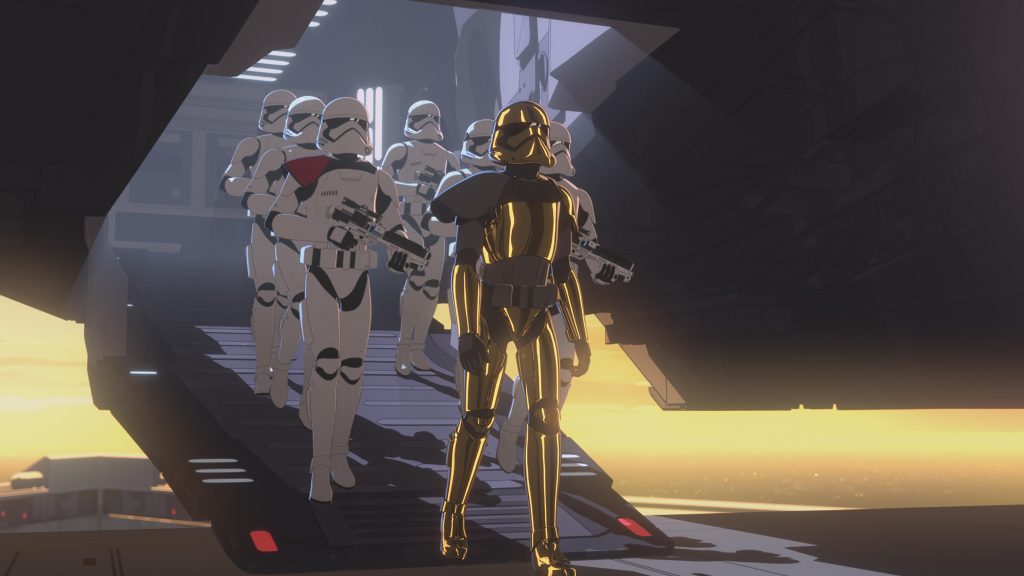 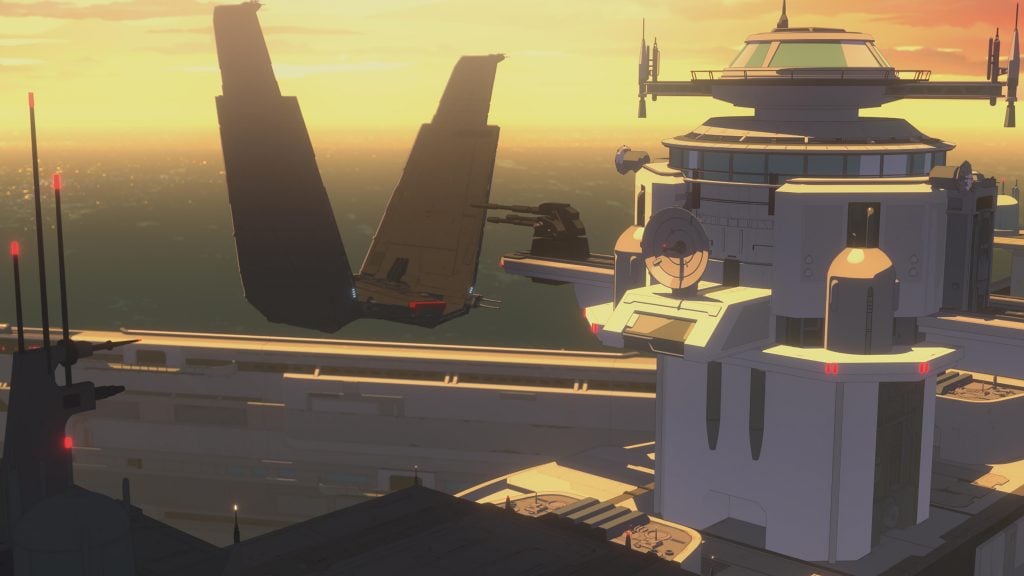 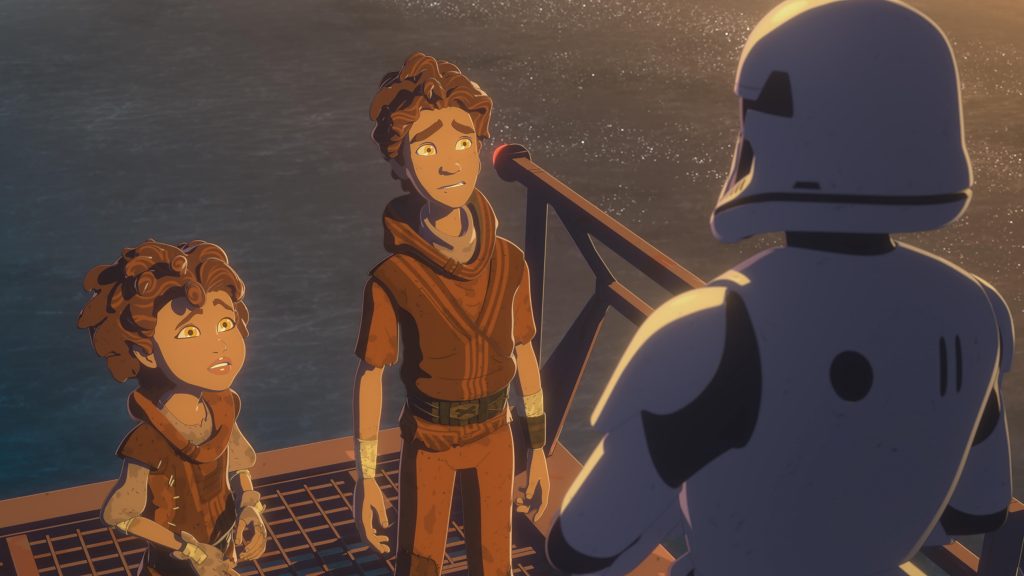 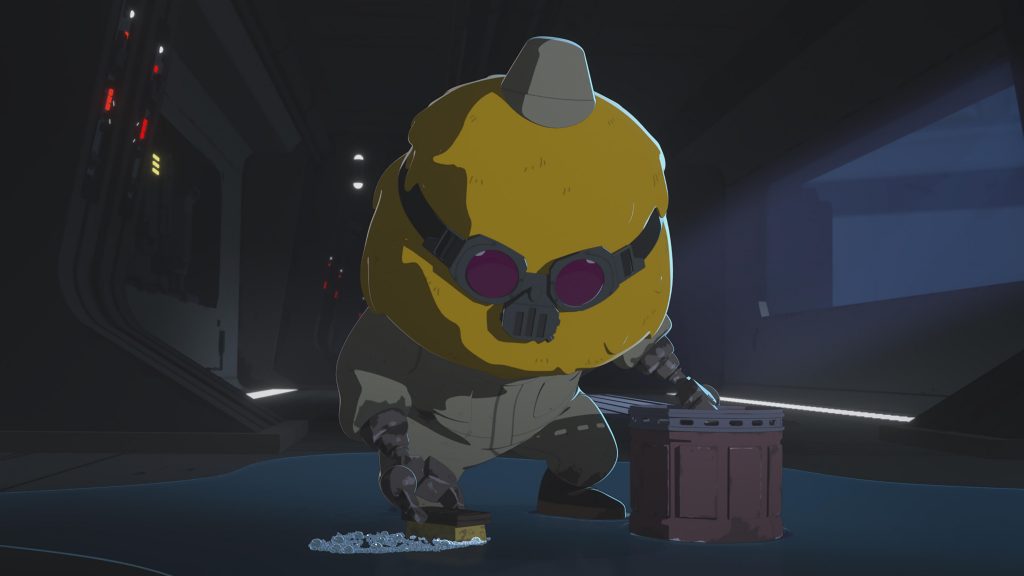 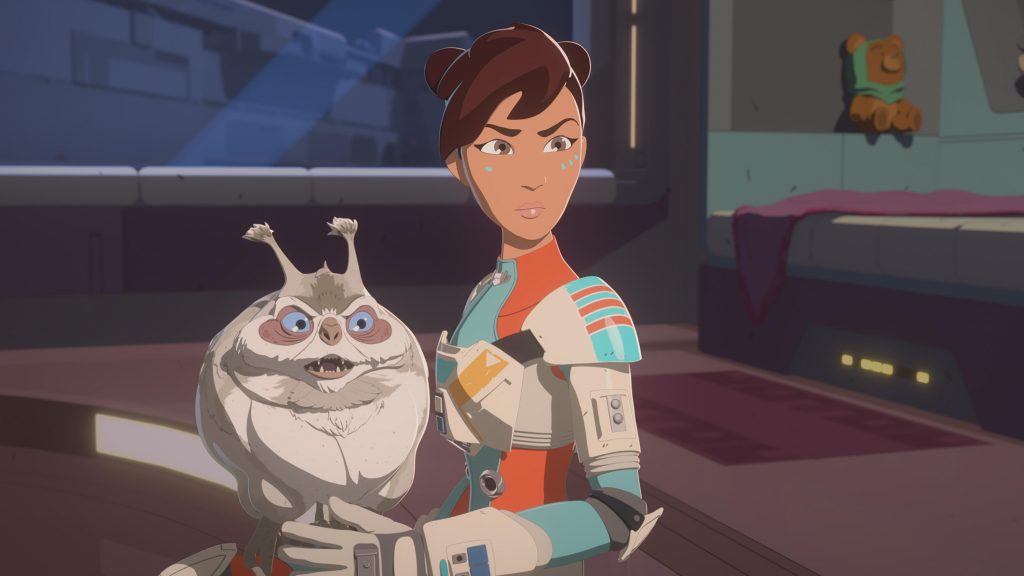 The First Order’s presence in the show expands weekly, and now even Kaz is getting into the cosplay action, well, sort of! We are getting closer to dark times for the galaxy as the first season moves closer to its finale on March 17th.