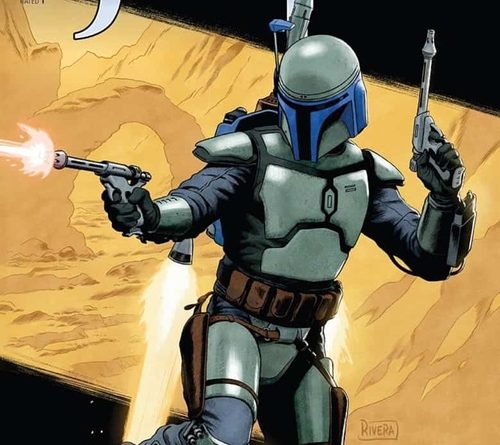 “TRAINING” – THE MOST FEARED BOUNTY HUNTER IN THE GALAXY! JANGO FETT’S reputation precedes him as joins a crew for what seems like a simple job. Wait, is that a KID with him?! Will his fellow bounty hunters be foolish enough to betray Jango and his son, BOBA FETT?

A Gand, a Rodian and a Chandra-Fan walk in the bar on Telerath… This isn’t a beginning of a joke, but the beginning of the latest issue of the Age of Republic comic run dedicated to Jango Fett. The three bounty hunters – Rinn, Neelda and Tiver, respectively – are waiting for the fourth member of their party hired for a job deemed simple by Tiver. It is clear that the fourth member is Jango Fett. Apparently, Fett gets steady work from the mystery client whose pockets are so deep that they can afford to be his only client, but Fett is still taking other jobs. Of course, we know that the mysterious client is Palpatine via Dooku and Kaminoans.

It’s worth mentioning that this is the first appearance of planet Telerath in new canon. Its galactic location seems to be the same, but for now, it’s hard to say if it will share other characteristics with its Legends’ counterpart. 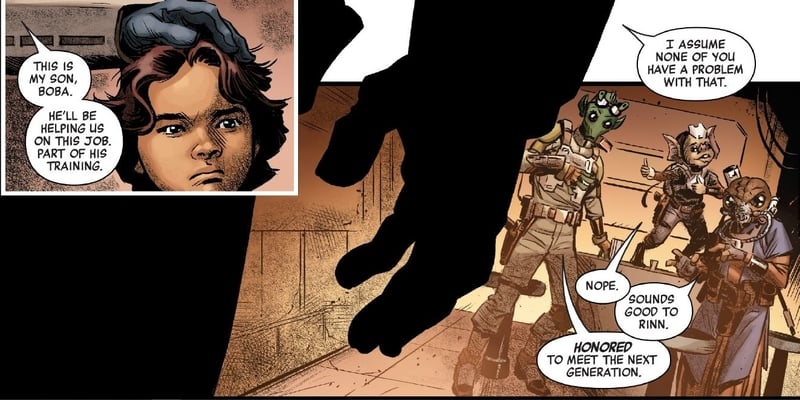 When Jango finally arrives, he is not alone. He is followed by his son Boba. He intends to use the mission for his training and he is menacing enough that no one wants to complain about it. It’s Boba who questions why are they working with the current group and not some more prominent bounty hunters like Cad Bane or Zam Wesell. Jango says that the unknown they represent is an actual lesson for Boba. Jango might be able to pick and choose jobs right now, but it took a long time for him to earn it. That reputation also got him his main job for Darth Tyranus, a.k.a. Count Dooku, and Kaminoans – as well as Boba himself. 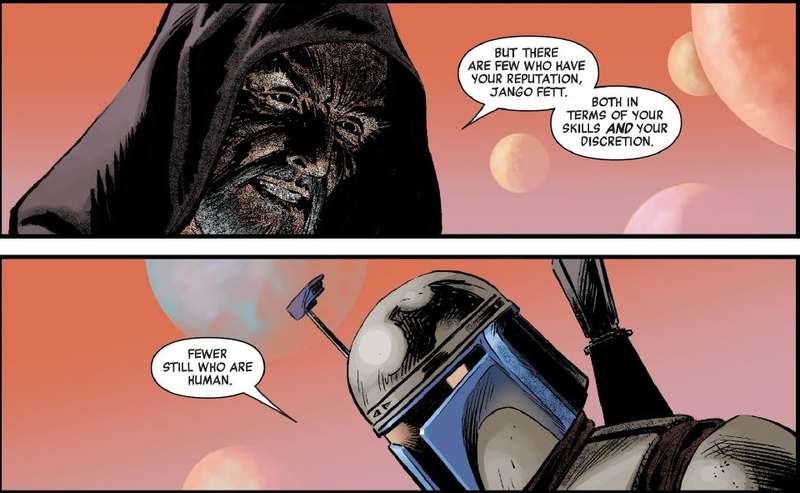 The gang heads to Ord Mantell where their target, a young Twi’lek woman, is. She is involved with a young Falleen named Griph. They are trying to get into the Black Sun with the help of his uncle. But, that chance is lost for them. The bounty hunters are hired by the girl’s father who wants her back and faced with them Griph hightails leaving the girl behind. She is cornered by the three alien bounty hunters and Boba and falls off the balcony. She is saved, but apprehended by Jango. 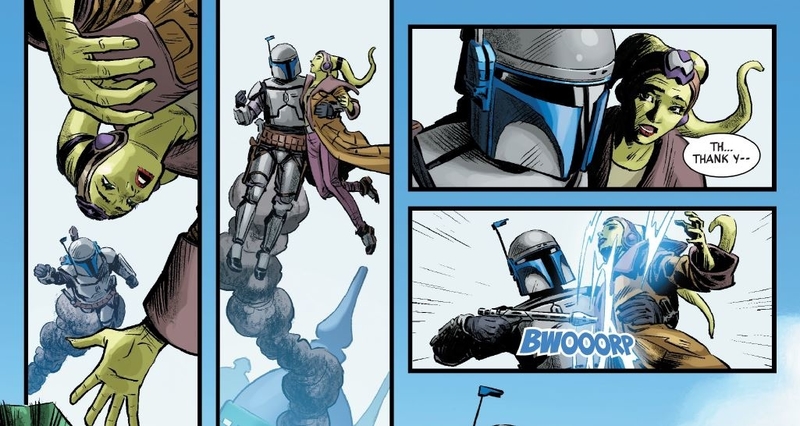 With job seemingly done, Jango is trying to impart some lessons to Boba when Rinn and Tiver decide to take Boba as a hostage. They want to exchange him for the girl and therefore bigger share of the job as well as Jango’s ship. Tiver asks him whether he will save his son’s life. 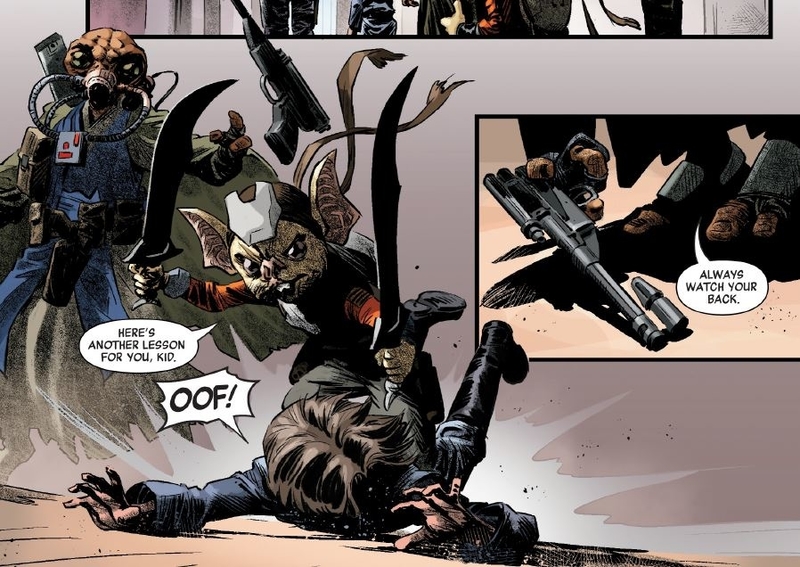 We flashback to Kamino where Jango and, most likely, Lama Su observe the clone army in the making. The Kaminoan thinks that Jango must be very proud, but he only sees them as cattle bred to be the cannon fodder and he has very little to do with their creation. Back in the present, Jango refuses to save Boba’s life – because there is no need. 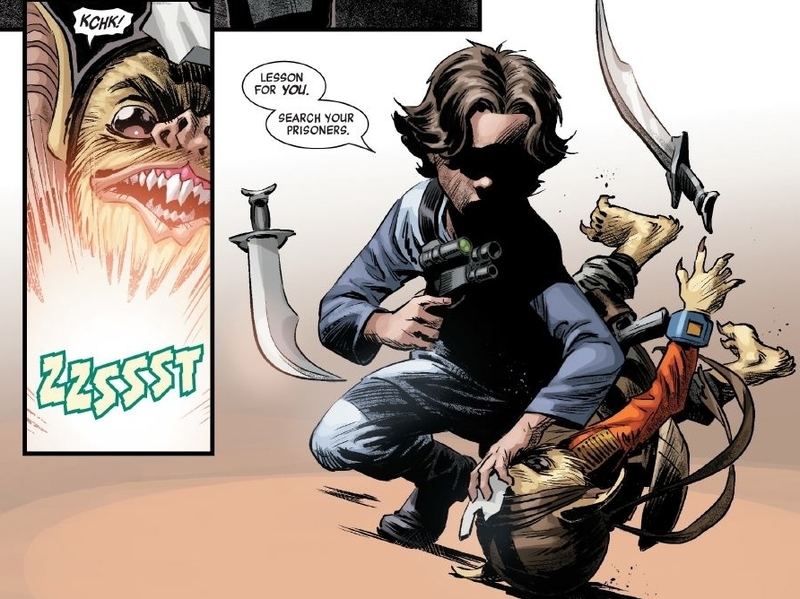 Boba frees himself and easily kills Tiver and Rinn. He decides to spare the Rodian because he wasn’t involved with their betrayal, but also because he will spread the story of the Fetts. Jango is satisfied that Boba has started building his own reputation in the underworld. 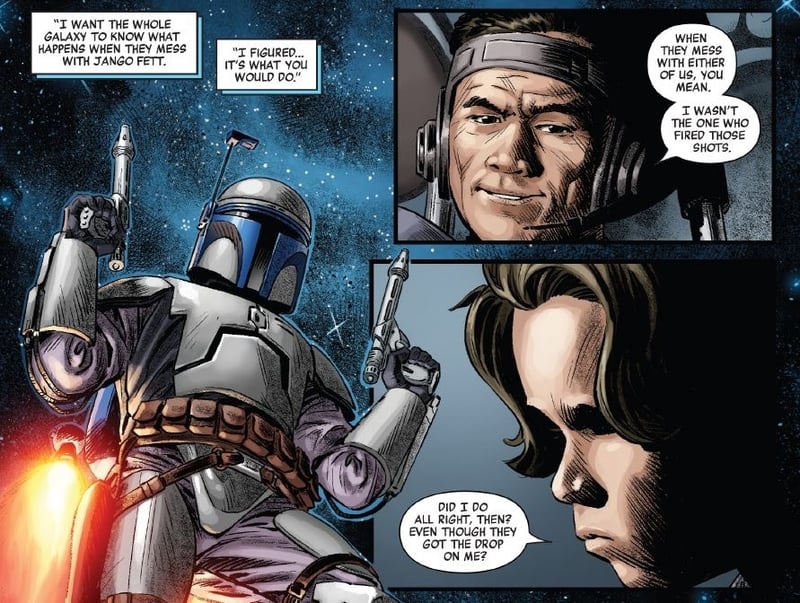 I have to be completely honest from the start. Jango Fett never played a significant role in my Star Wars fandom. He was the guy used as a clone template and whom Obi-Wan fought in the rain in Attack of the Clones. His look was cool, but we have already seen it before. On the surface, his character exists only as a tool – for George Lucas to move the story and for Palpatine to move his plans forward. On the other hand, I really like what the authors did with this run so far and I was curious to see how they will treat the first non-Force user in the series.

With how little we actually know about him, Jango Fett takes some digging under the surface to expose his character and Jodi Houser uses the most interesting thing about him to do just that. What is the most interesting thing about him? Regarded as the best bounty hunter of his time, known both for his combat proves and, according to Dooku, his discretion, Jango’s one request in addition to payment was an unaltered clone – a son, a legacy. 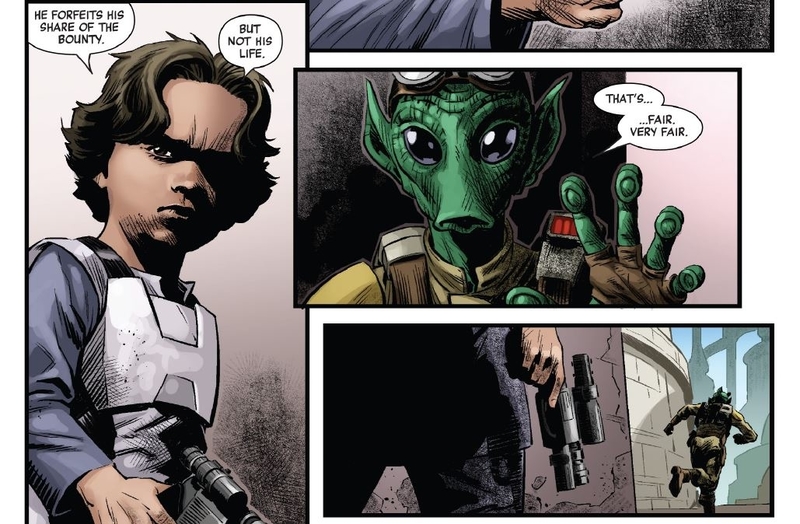 By bounty hunter standards, Jango is a good father. Since he is in the position to choose his jobs, he chooses them with Boba’s training in mind. And considering how Boba is carrying himself in this issue, Jango has already invested plenty of time in his training. While he is pointing Boba’s mistakes, it seems he would rather praise him for the things he had done right. Above all else, he trusts in Boba’s abilities. In fact, Boba’s actions speak more of Jango’s character than anything he does: he kills traitors without a pause and spares Neelda, but not before taking his cut from the job – because he might not participate in the betrayal, but he also did nothing to help them. That speaks of a certain moral code and honor. Seeing how Jango talks to Dooku immediately reminds you of Boba’s conversation with Vader in Empire Strikes Back. That speaks of pride and self-awareness Boba learned from his father. So, Jango might not be a simple man he tried to present himself as to Obi-Wan, he might be an extraordinary bounty hunter, but his desires are simple, human, and ordinary.

Jodi Houser might not have reinvented the wheel with this issue or gave us some new major insight into the character. But combined with Luke Ross’ art (major props for all the aliens), the issue is a reminder that Star Wars is not always about conflicts that move the galaxy or the magic that holds it together. Sometimes it’s the father showing his son the ropes in the galaxy far, far away. And that is all right. 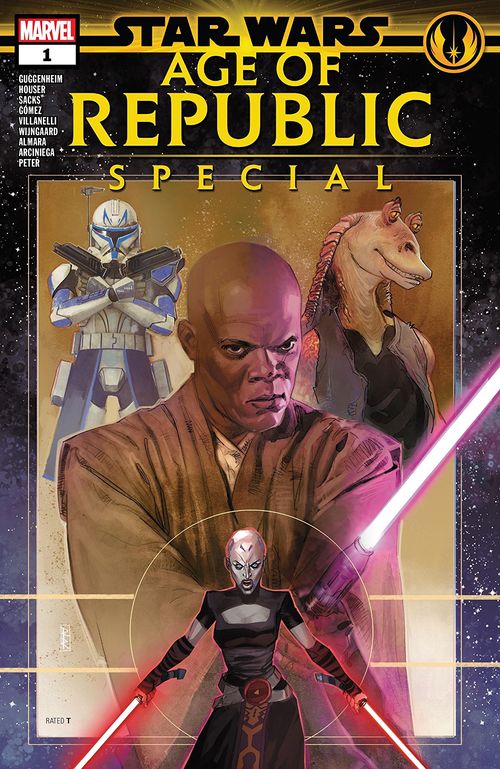 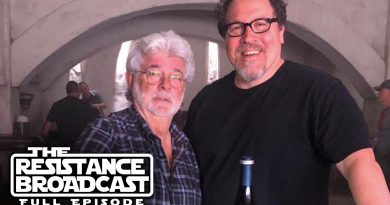 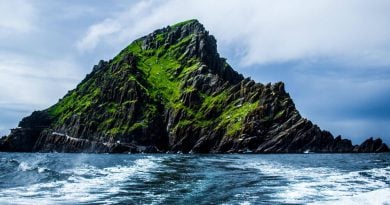 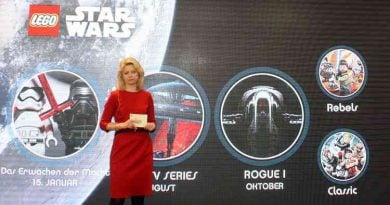 Could “Rogue I” Be a Name of the Ship in Star Wars: Rogue One?