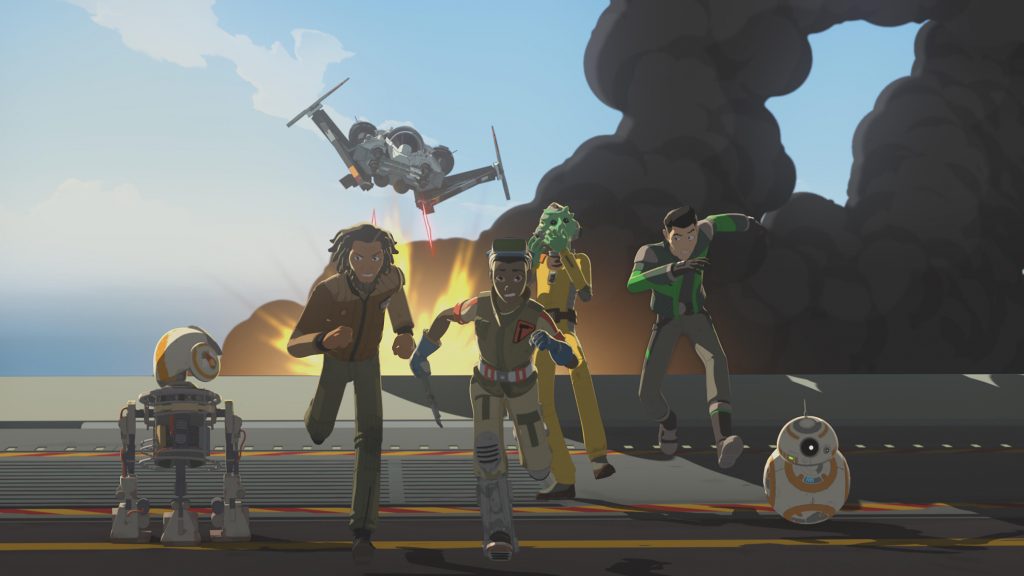 The eighth episode of Star Wars Resistance, “Synara’s Score”, airs on the Disney Channel this coming Sunday. We were sent a new clip and some cool images from the upcoming episode which picks up where we left off after Kaz and Poe had rescued the mysterious Synara!

In“Synara’s Score” – Doza enlists Yeager’s team to assist in the repair of a vital Platform defense. Tam and Kaz befriend Synara, a mysterious new resident of the Platform, while the pirates plot another attack.

The new episode – “Synara’s Score” – will also be available SUNDAY, NOVEMBER 18th (12:01 a.m. PT) on the DisneyNOW app and Disney Channel VOD, giving kids and families access to the series wherever and whenever they want to watch. 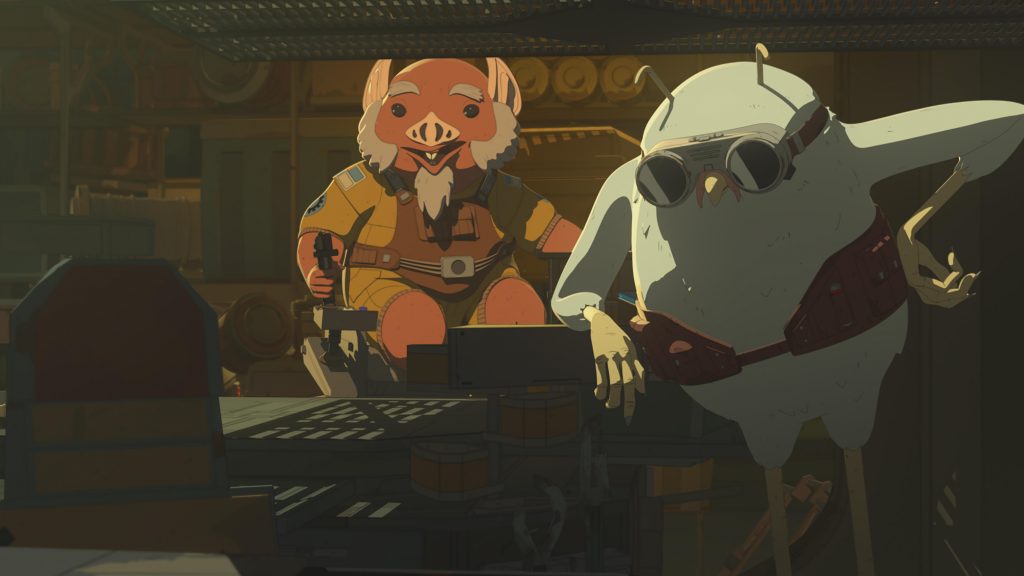 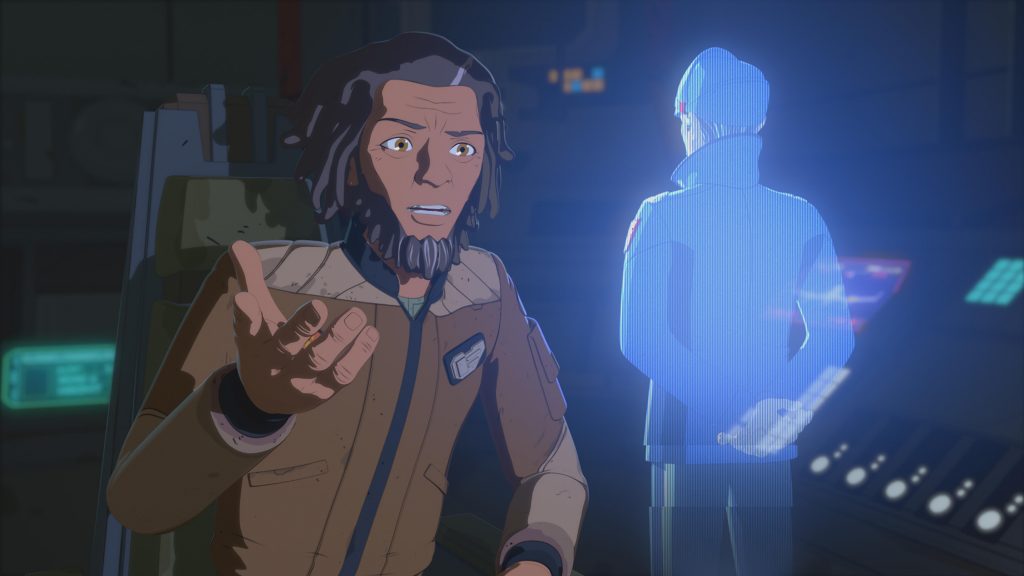 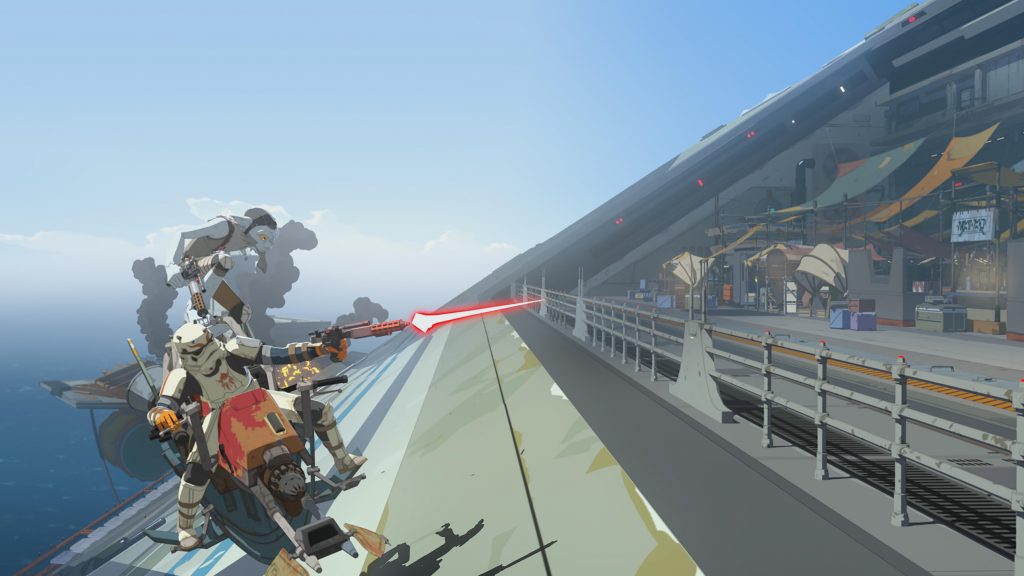 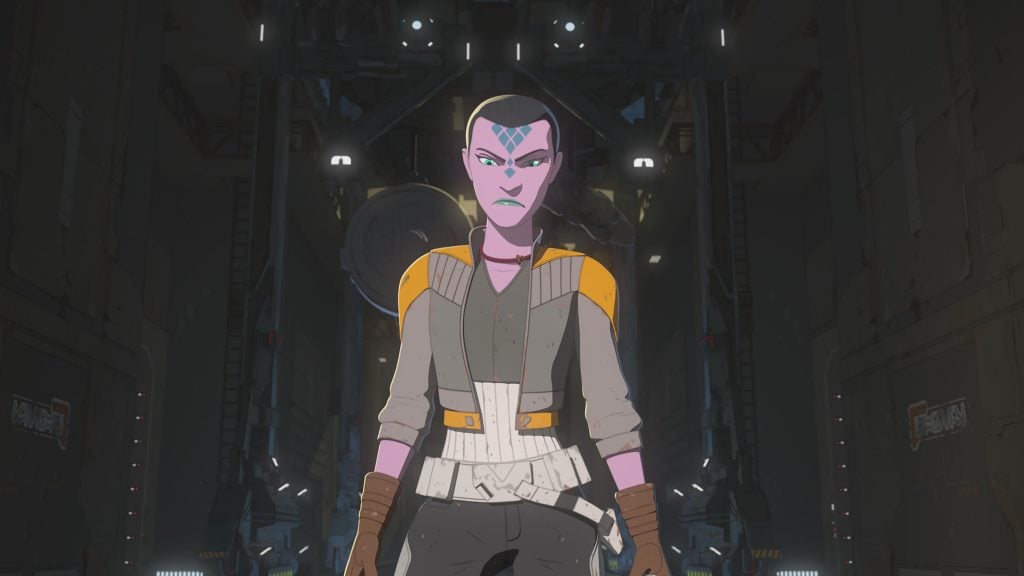 Last week Kaz and Poe helped “rescue” Synara and take her to Colossus, but it looks like that may have been a bad idea! The action looks like it is about to heat up in Star Wars Resistance!