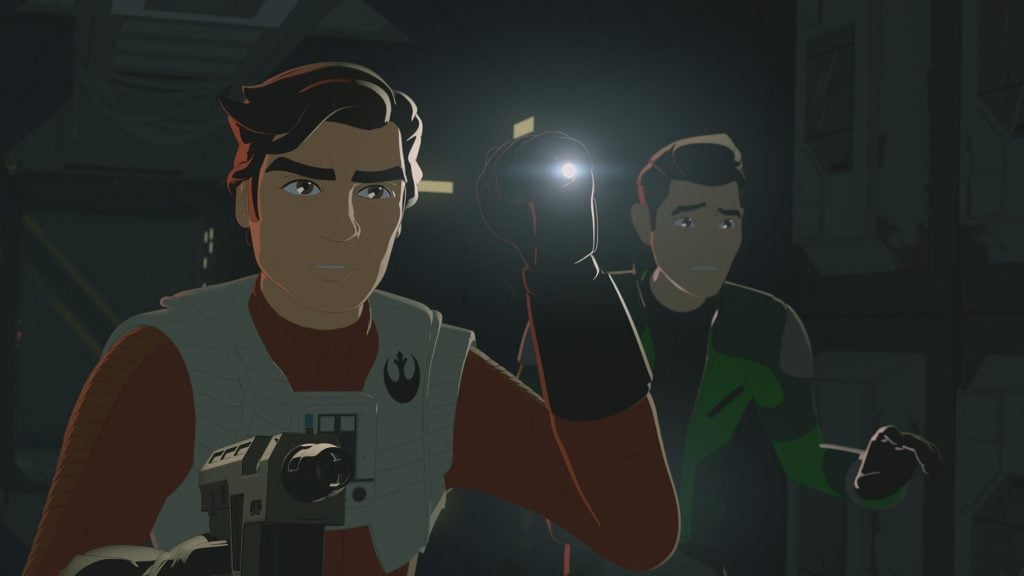 The seventh episode of Star Wars Resistance called “Signal from Sector Six” made its debut this past weekend. Oscar Isaac makes his return as Poe Dameron, and it’s a good thing he did, because other than having him back this episode was nothing more than a filler. Kaz and Poe go on a mission when they hear a distress call, and find their way to a seemingly abandoned ship. There they encounter Kowakian monkey-lizards (Salacious B. Crumb’s species) one of which being a massive beast that appeared to feast on humans and anything with a pulse. Here is my review of the episode.

The episode starts off with Kaz waking up, with Yeager letting him know he has a mission to go on. As they take to the skies they meet up with Poe Dameron. Poe and Kaz head off on a mission in X-wings together, doing tricks in asteroid fields (no spinning was not one of them) until they detect the signal from Sector Six. 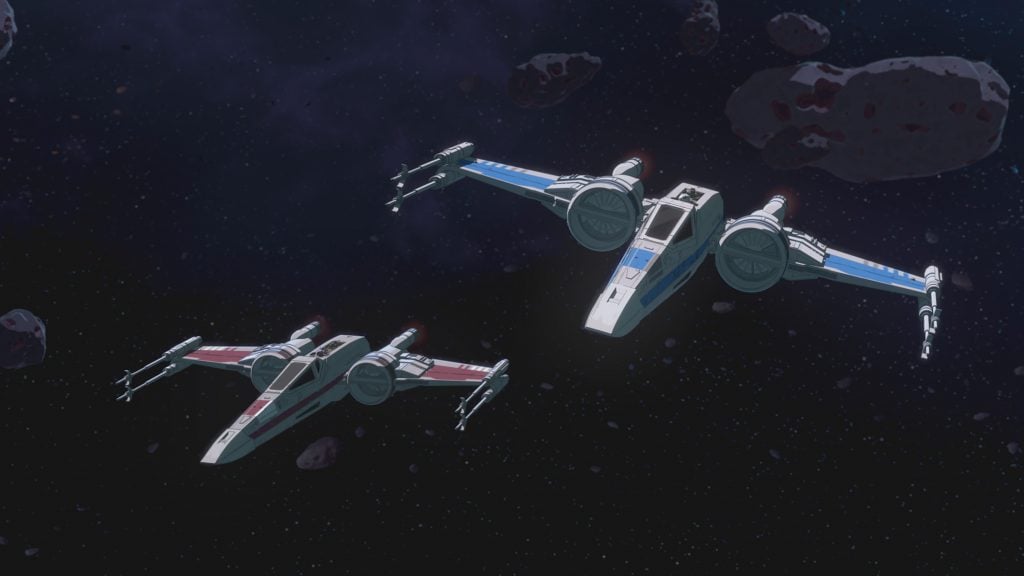 The majority of the episode takes place on this abandoned ship, that is riddled with pestering Kowakian monkey-lizards like Salacious Crumb from Return of the Jedi. We come to find out that there is one of these in particular that is a massive man-eating beast. Kaz, Poe, and their droids spend the episode evading the giant monkey-lizard in what felt like a level in a video game. 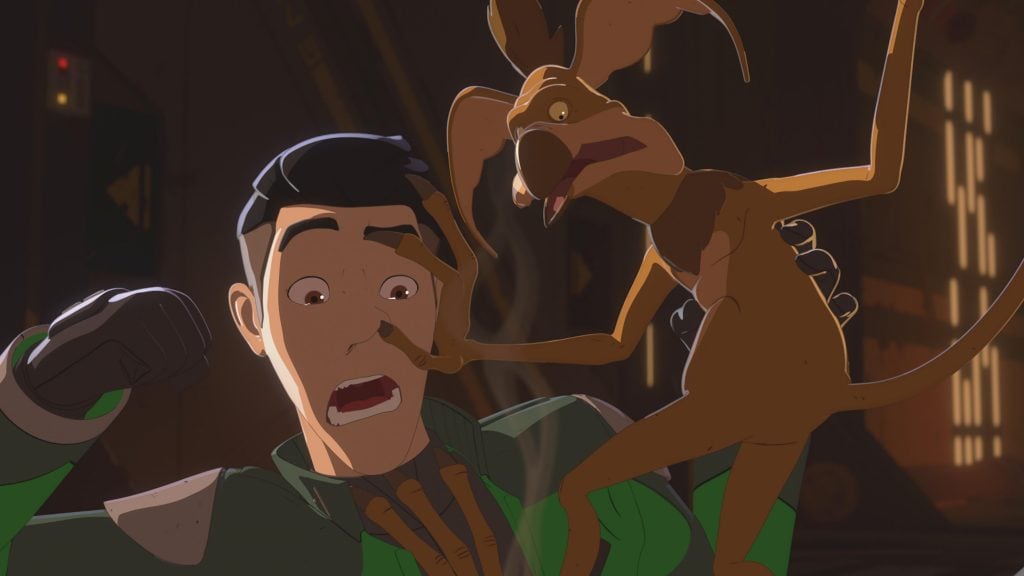 Poe and Kaz didn’t leave the ship without some extra cargo, taking a passenger whom Kaz assumed was a survivor of a pirate attack. At the episode’s end we come to find out she isn’t what she seemed at all.

The episode ends on a cliffhanger that leads us to believe Kaz may have inadvertently led someone not so friendly inside the Colossus. We’ll find out what happens next week.

As I said, overall this episode was a bit flat and for the most part really felt like a filler episode. It still has its fun moments and I am sure kids will get a kick out of Poe fighting off monkey-lizards, but it is a step back from the momentum I saw building over the previous two episodes.

We’ll see where Resistance picks up when it’s eighth episode “Synara’s Score” debuts next weekend. By the name of it, it sounds like Kaz’s rescued passenger will be heavily involved, which doesn’t bode well for Kaz and the crew on the Colossus.