Star Wars Resistance: “The High Tower” Rises as the Show’s Best Episode Yet 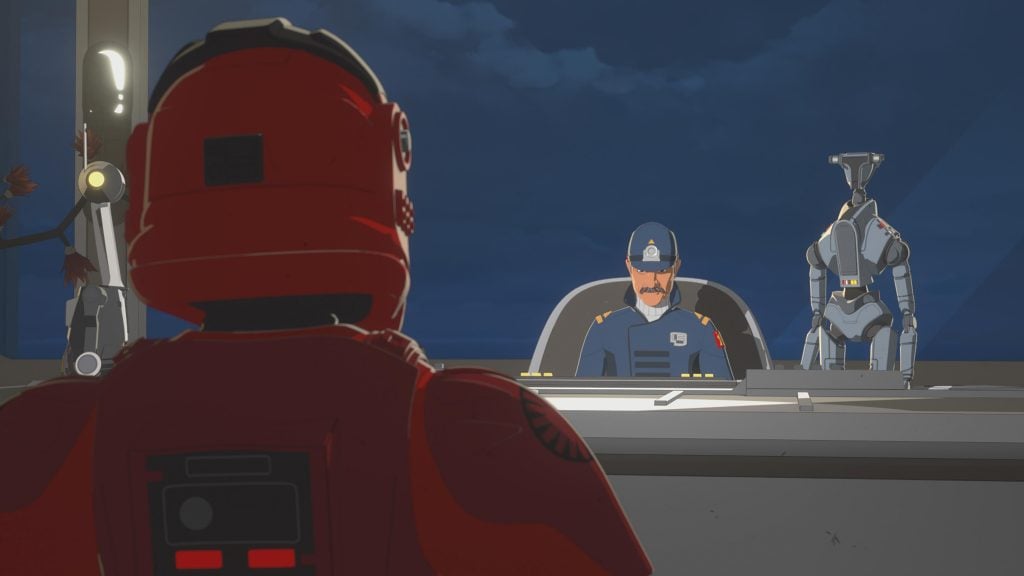 The fourth episode of Star Wars Resistance debuted over the weekend on the Disney NOW app and Disney Channel. I am not going to get into heavy specifics, but here is an overall review of the episode’s plot and vibe as we meet Captain Doza, get to know Hype Fazon, and Kaz plays a game of cat and mouse with the First Order.

For fans hoping for a serious tone to emerge in Star Wars Resistance, they will have to wait, as the series continues to run with a light and fun spirit. With that said, this episode does set the table for potential interesting plot points as we move forward.

The character is a fresh take on Rodians, as Fazon is on the other side of the spectrum from the non-basic speaking, to-the-point, and ultimately deep-fried by Han Solo, Greedo. 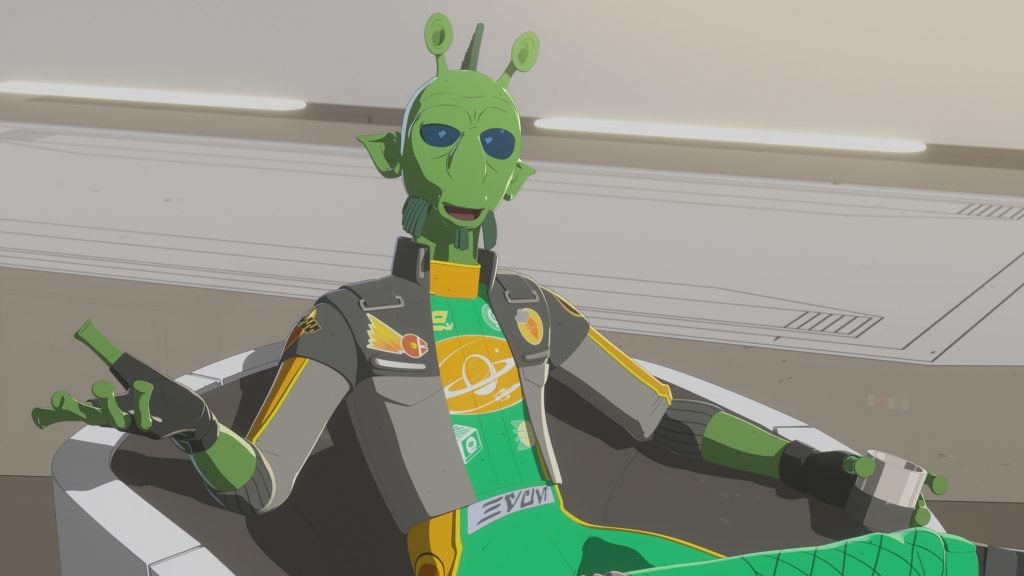 Fazon serves as the vehicle for this episode’s plot, allowing Kaz and BB-8 into the “High Tower” where hijinx ensue. Kaz gets into a bit of a cat and mouse game with First Order stormtroopers that reminded me of Elmer Fudd and Bugs Bunny, in a good way. While Kaz scampering off on his tip-toes brought out the eye-rolling curmudgeon in me, I made sure to remind myself this show is for kids, and I took off my judgment glasses.

Overall the episode was hands down the best to date, dipping its toes in conflict with the First Order. It also leaves us wondering what is next for Kaz as he is now being watched closely and inquisitively by Captain Doza. 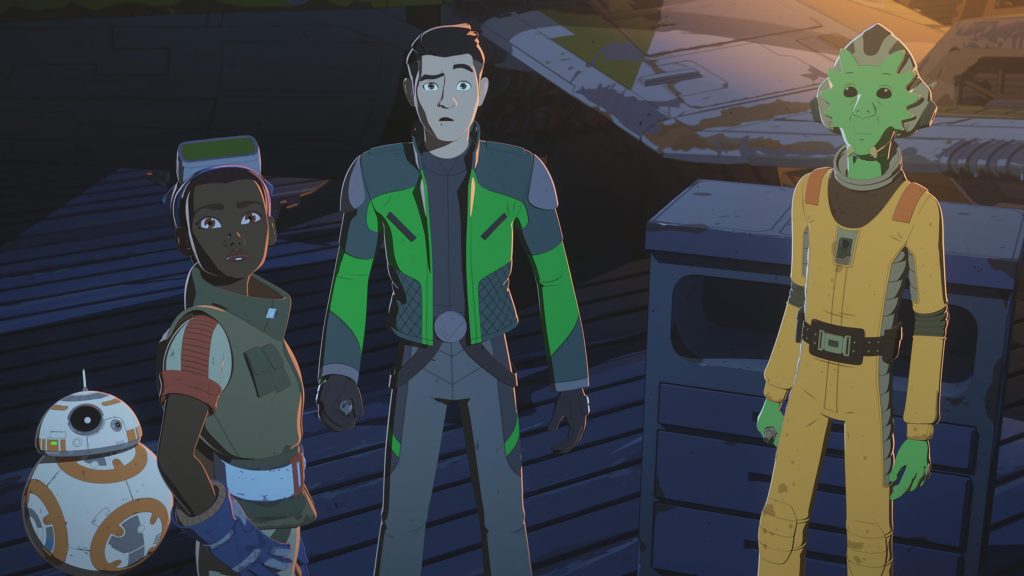 The new characters are emerging and we are getting to know each of them as the series appears ready to launch into its main conflicts. This episode has a pretty ominous ending, signifying things are about to heat up now that exposition is out of the way.

While the show is targeted, designed, and directed for kids, it serves nicely as a fun show families can watch together, that may offer more depth than many were anticipating. We’ll see where it goes next!

The next episode “The Children from Tehar” debuts next weekend.