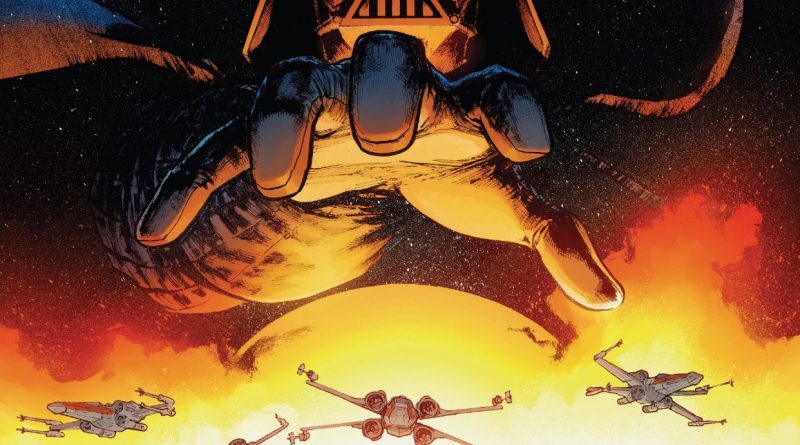 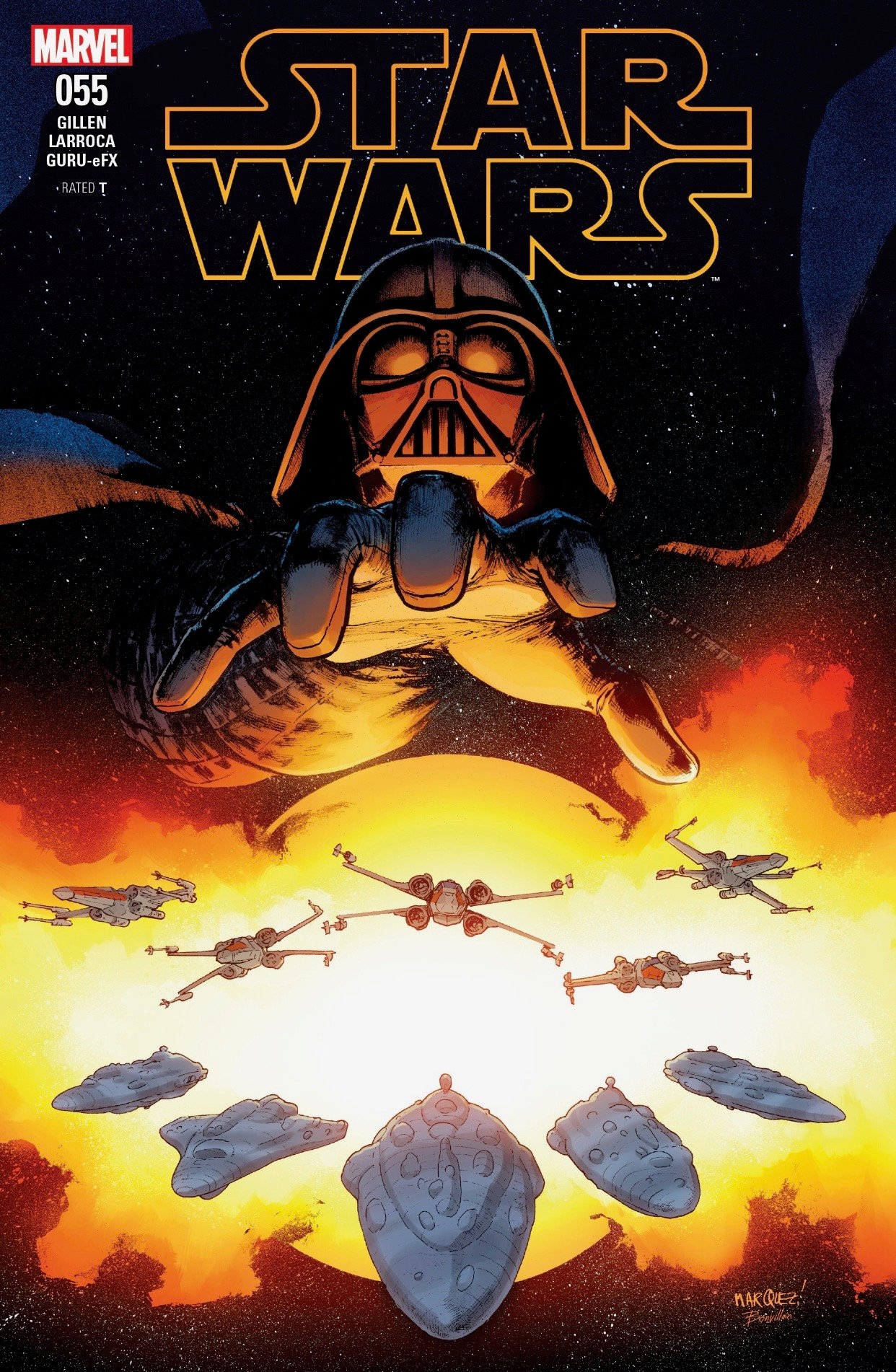 If you’re feeling a bit wan from the continuous gut-punches this “Hope Dies” arc has delivered, you can take a little comfort in knowing this is the last issue. It’s a bitter end, but the galaxy is left with three heroes who know what a spark of hope can do. SPOILERS AHEAD…. 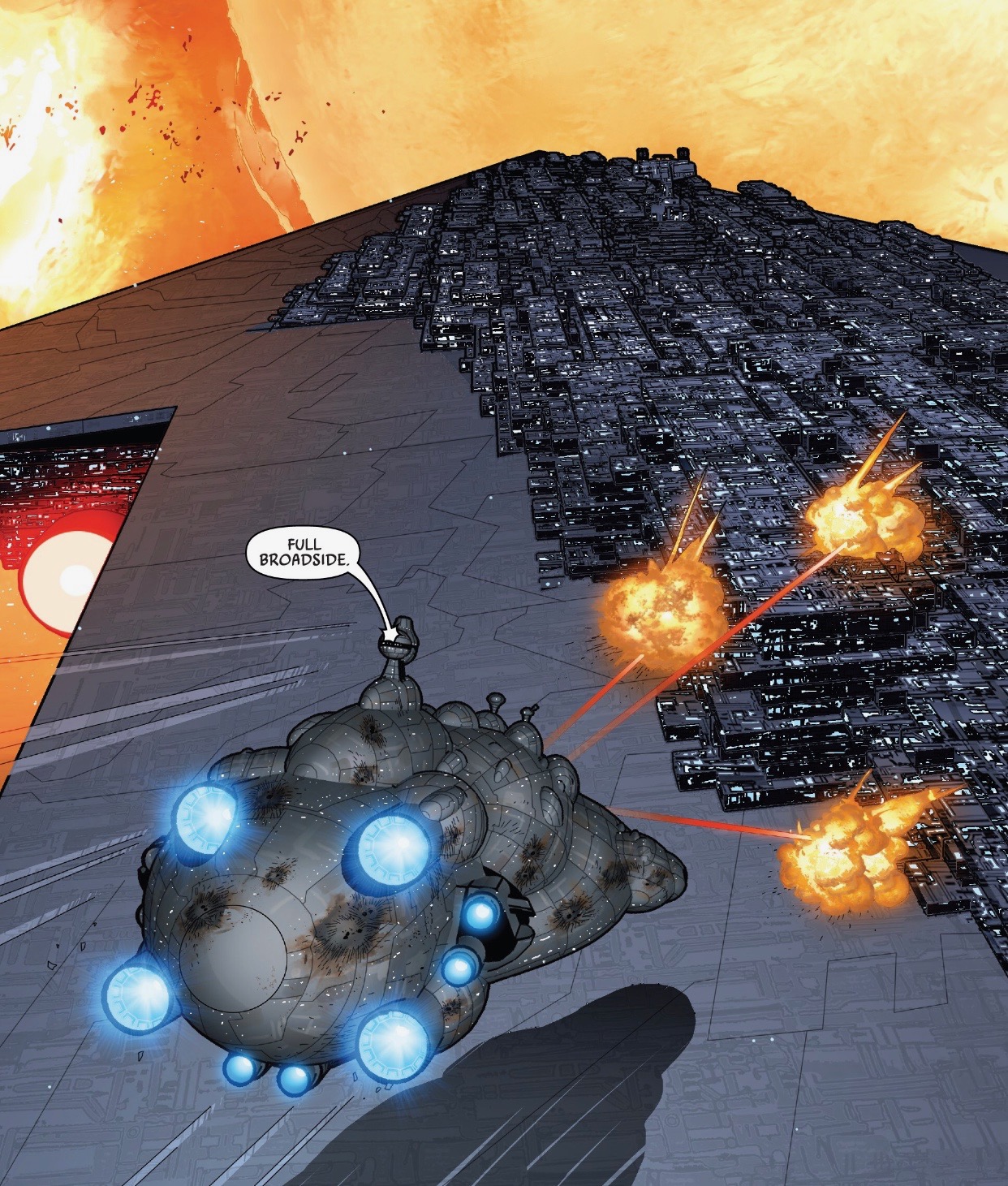 General Dodonna and his crew are going full-Raddus on the Executor. You can see the newly christened Mon Cala cruiser has taken some heavy fire since Vader’s arrival. The Rebels have returned to rescue the Rebel Alliance allies and leadership trapped aboard the Mako-Ta base. Dodona and his ship, the Republic, are creating a diversion so a desperate band of shuttles and X-wings can rescue the people they had to leave behind. I feel like I’m writing the opening crawl to a Star Wars saga film and I like it! 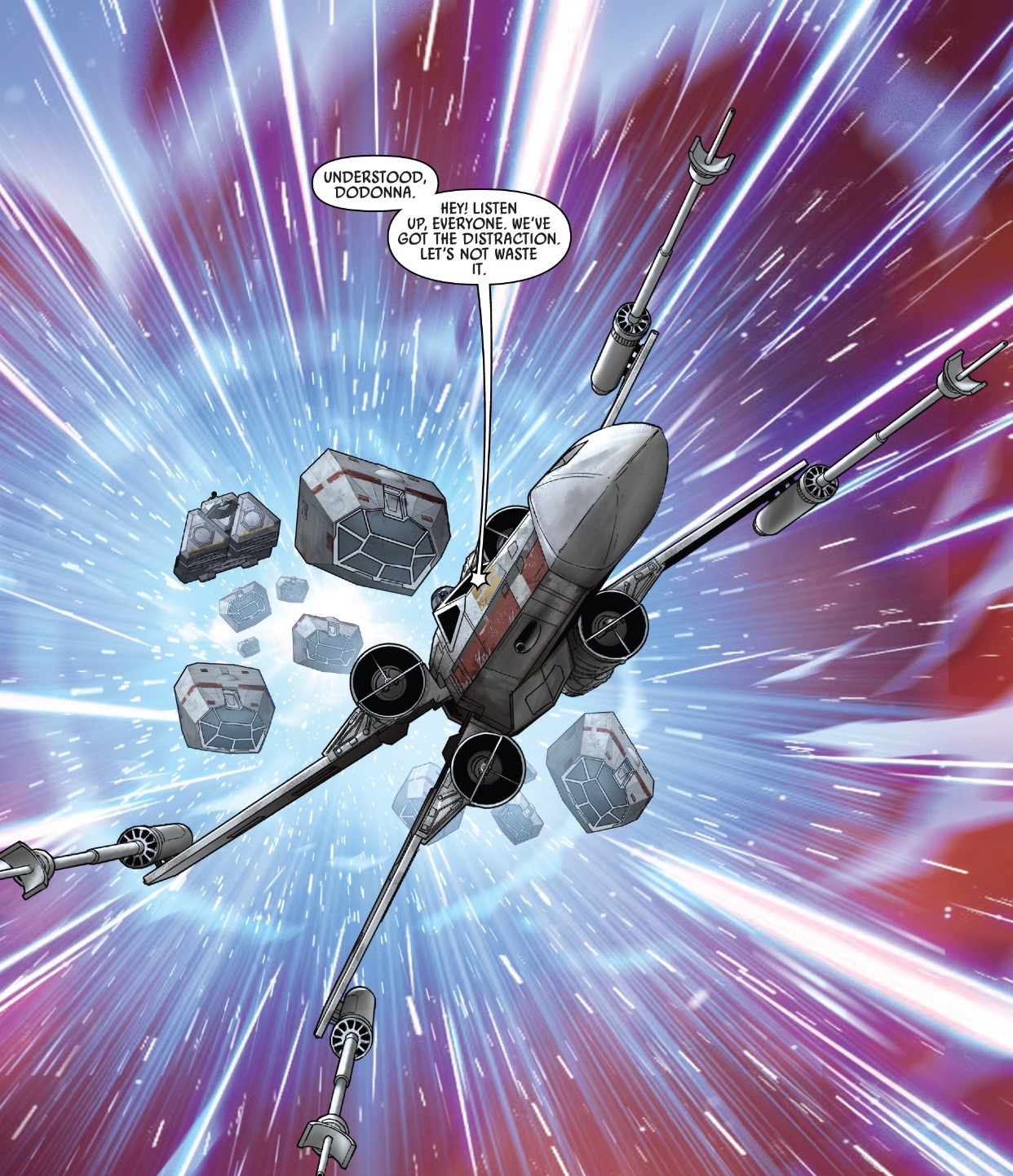 It’s still pretty jarring to see Han flying an X-wing, but it doesn’t change the fact that he’s an amazing pilot and shot. Artoo is still not thrilled about being assigned to him, but they’ve got bigger problems on their hands. They need to get Meorti to a cruiser since she’ll be able to help it reboot, along with all of the others who currently fly blind. Han weaves in and out of a swarm of TIE Fighters that intend to bring down her shuttle, which also carries Chewbacca and the droids.

Meorti makes it and quickly reboots the ships. All the surviving Mon Cala cruisers are now able to communicate and navigate. Admiral Ackbar orders them to get the hell out of there, obviously. General Dodonna tells the other generals with their own ships that they need to provide cover fire to the other cruisers who are still in the process of coming online. One general is especially happy to return fire at the Empire.

So, we knew Hera was here from earlier issues, but now we know that the cruiser she’s in command of escapes. Her cruiser is called the Geist and even though there is no canonical information on it other than what we have here, I think it’s safe to say General Syndulla commanded it over the Battle of Endor. I know that Forces of Destiny establishes Hera was at Endor, so I’d like to think she had her own cruiser there. To me, that doesn’t take away anything from the Ghost, just means Hera can fly big ships too. Wow, now that would be a great story to tell! The Battle of Endor from Hera’s perspective. I shouldn’t get too sidetracked, but as I’ve said many times, it’s always great to see Hera Syndulla show up in these comics.

After Leia gets Mon Mothma and the ambassadors of the Rebel Alliance to safety, they need to rescue Han. Han’s X-wing took a pretty serious hit from a Star Destroyer and even Artoo can’t fix it. He’s adrift and has a front-row seat to the cruisers jumping to hyperspace, so he takes out a flask which I imagine contains Corellian liquor of some sort. Dodonna and his cruiser go up in flames so the others can escape, but Han isn’t lost yet.

Leia and Luke launch a tow cable to bring his damaged X-wing into this odd looking ship I don’t think I’ve ever seen before in the Star Wars Universe. Once Han’s in, they jump to hyperspace and end up on a planet called Corosi 7. They are only able to make contact with Mon Mothma, who has a lot of bad news and a little good news. 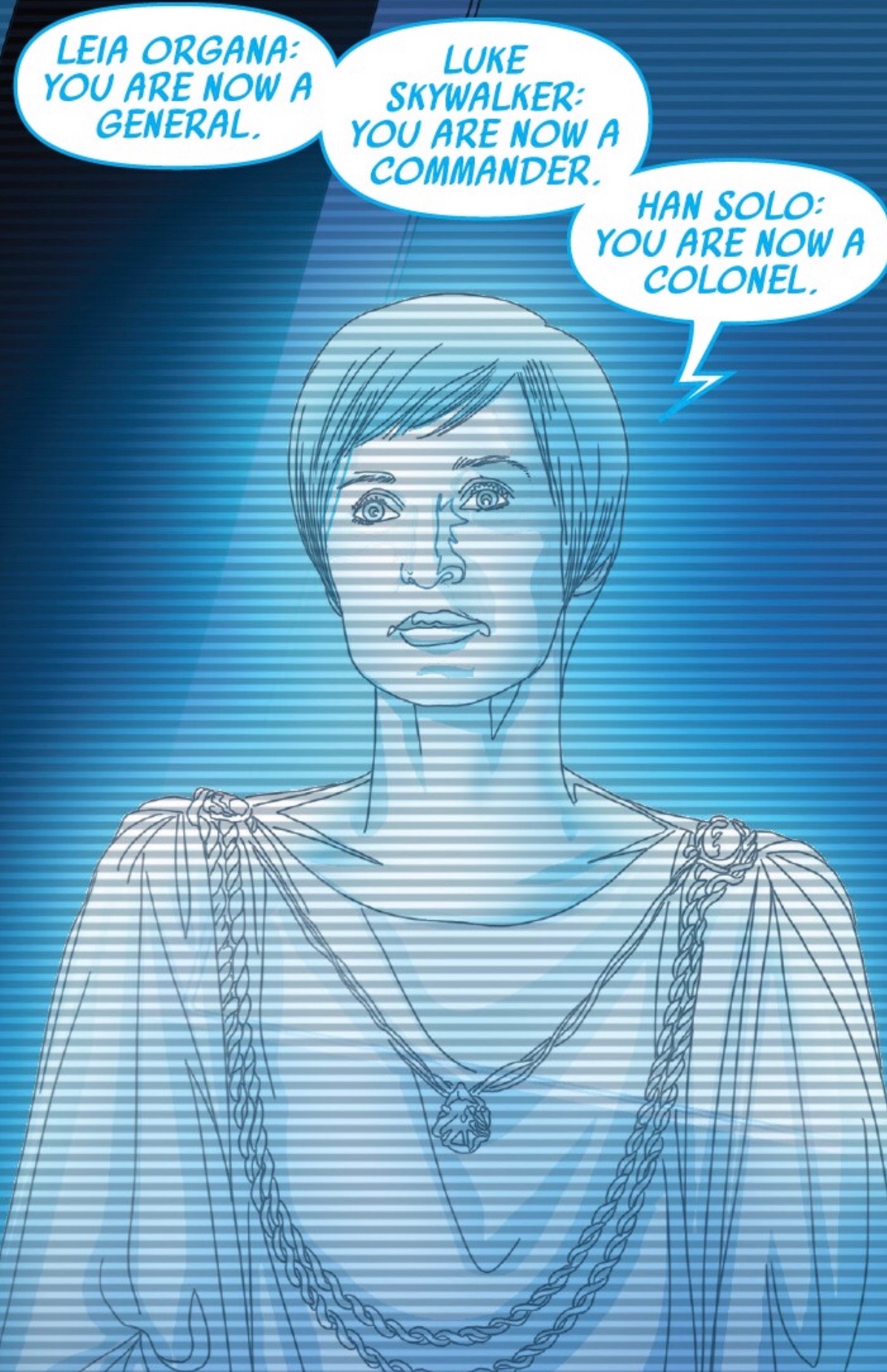 Mon Mothma has some promotions to give out. Hmmm…Colonel Solo, huh? Yeah, he didn’t like the sound of that either. Mothma says rank is kind of pointless in the current command hierarchy of the Rebel Alliance, but she does tell Han that if he sticks around they will count on him as a leader. The command of the Rebel Alliance is virtually non-existent at this point. The Empire has crushed the army they were in the process of building, as well as whatever momentum they had from the destruction of the Death Star. It feels very similar to the end of The Last Jedi, which is why Leia knows it’s possible to come back from this. Sure, we know the Empire is eventually defeated, but I think going forward, it’s going to be a much bumpier ride for our heroes leading up to that victory. The Rebel Fleet has been scattered and the only mission they have right now is to hide and stay alive. 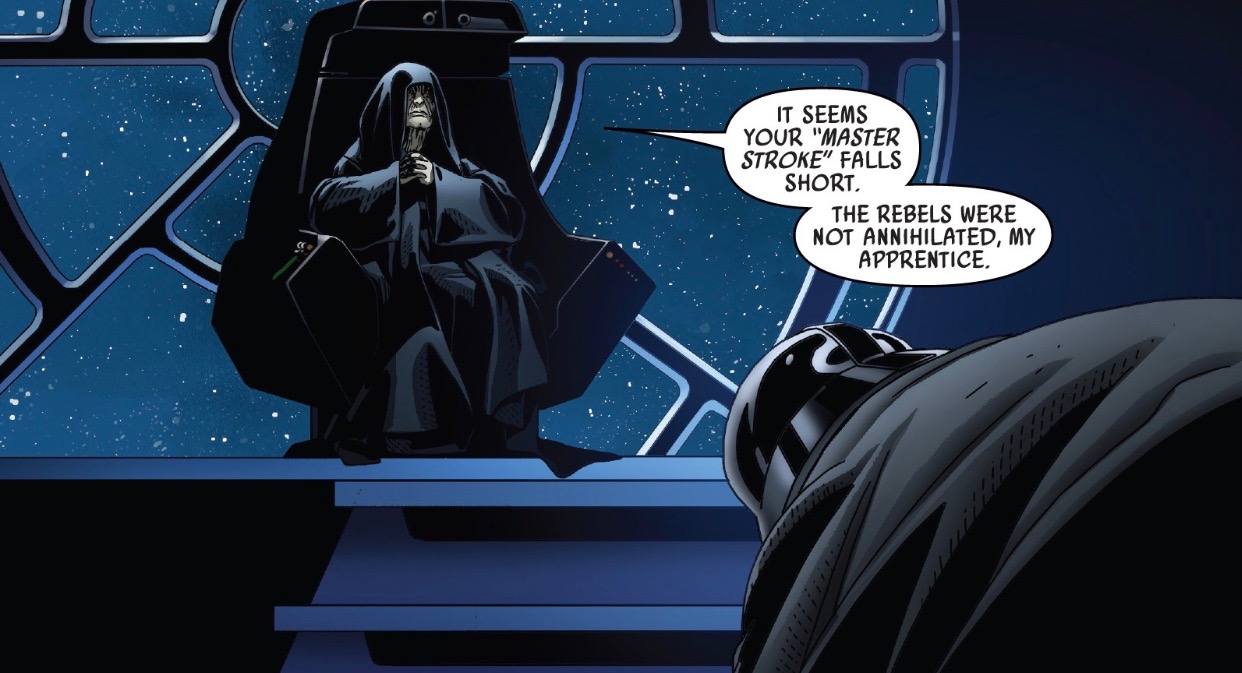 Well, old Sheev isn’t very pleased with Vader’s performance. Vader notes that the Rebellion is mostly destroyed and argues he definitely put a huge dent in the perception the rest of the galaxy has. Death Star or no, Vader feels they’ve sent a clear message to the galaxy that any rebellion will fail. The Emperor seems fine with that, in typical overconfidence.

Han, Leia, and Luke are being rescued by SANA STARROS!!!! I love it. I’ve missed Sana in this title and it’s good to have her back. If you remember in the last Doctor Aphra issue, she was abruptly sent away via escape pod. Something tells me this story takes place well after those events, but it will be interesting to catch up with Sana. The Millennium Falcon and Chewbacca are safe on one of the cruisers that got away, but now our other heroes need to rejoin the Rebel Alliance.

This arc really blew the doors off the titular Marvel title. I’m so impressed by Kieron Gillen’s writing with this story. It was a great mix of drama, action, and humor. I could certainly hear the character’s voices in my head and had so much fun reading these issues. He’s set the bar very high for future issues. This was also a great move on the Story Group’s part, as I imagine they gave Gillen a lot of feedback about how to tell a tale that has this many ripple effects. This is a stark shift in tone for the Rebel Alliance we met in the early issues of this book and I think it’s going to get VERY interesting as we approach The Empire Strikes Back.

Also, it should be noted this is artist Salvador Larroca’s last issue on the titular title. Not sure if he’ll be returning to Star Wars anytime soon. If you follow these reviews here at Star Wars News Net, you’ll know we are not the hugest fan of Mr. Larroca’s style. That being said, this issue was excellent! The art captures the scale of the battle and I loved it all. Salvador Larroca definitely went out on a high note. Through the email chain my fellow reviewers and I share to divide up the issues each week, Jordan mentioned artist Angel Unzueta (recently off Poe Dameron) will be taking the mantle. I think fans of this title should look forward to some cool issues in the near future! 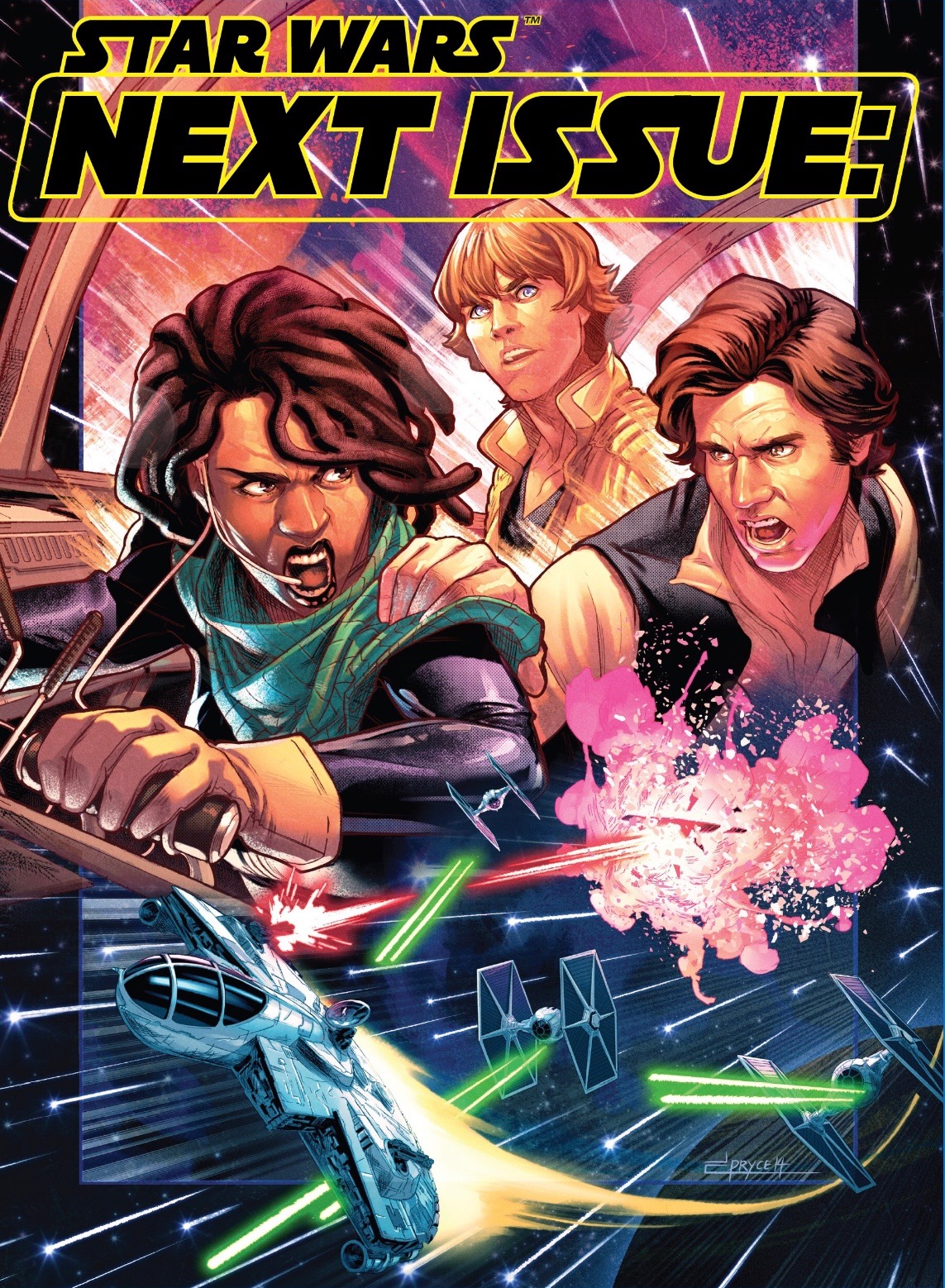 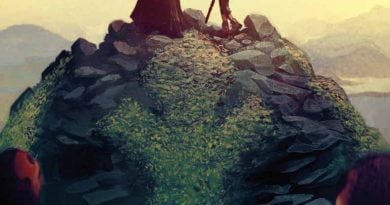 Take a Luke at this New Preview for Marvel’s Star Wars: The Last Jedi Adaptation #1 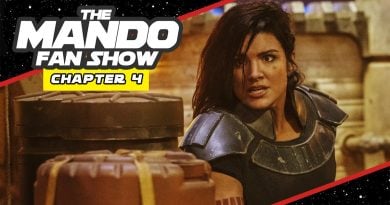 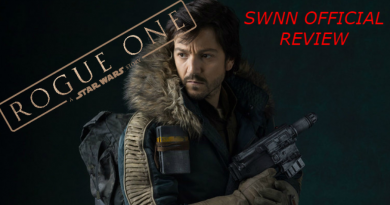