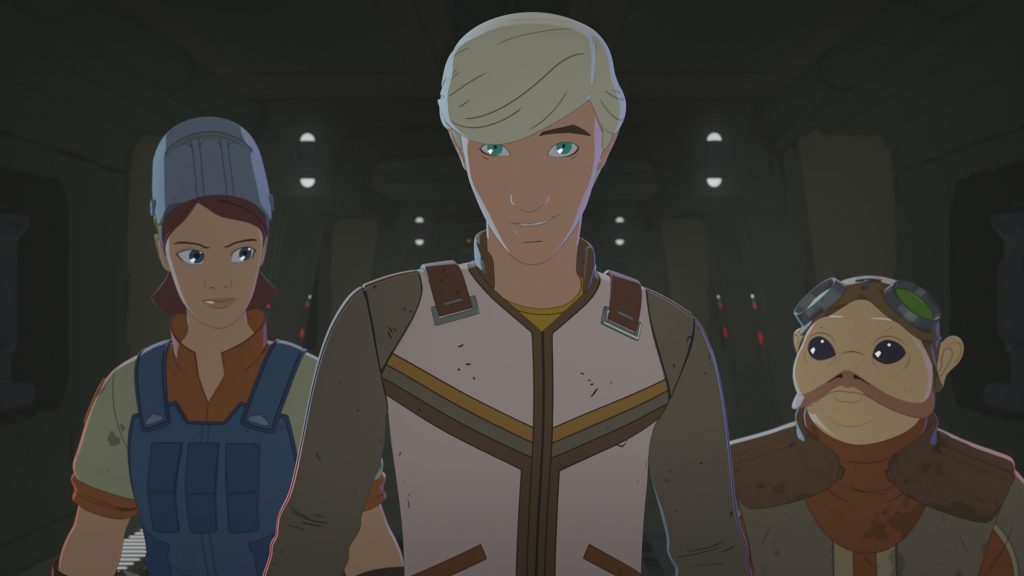 The next episode of Star Wars Resistance debuts on the Disney Channel this Sunday, where we will meet a new character named Rucklin, voiced by actor Elijah Wood. The episode titled “Fuel for the Fire” has this new hot-shot sky racer influencing our protagonist Kaz to make some potentially unwise choices. Here are images and a clip from the upcoming episode thanks to a press release sent to us by Lucasfilm.

The brief but official synopsis of the episode:

In “Fuel for the Fire” – Kaz befriends a sky racer named Rucklin who pressures him to get some rare and dangerous hyperfuel hidden in Yeager’s office.

The new episode -“Fuel for the Fire” – is also available on the DisneyNOW app and Disney Channel VOD, giving kids and families access to the series wherever and whenever they want to watch.

If you don’t have the DisneyNOW app or Disney Channel Video on Demand, the episode will air this Sunday, October 21 at 10pm ET/PT on Disney Channel! Here are some more stills from the episode! 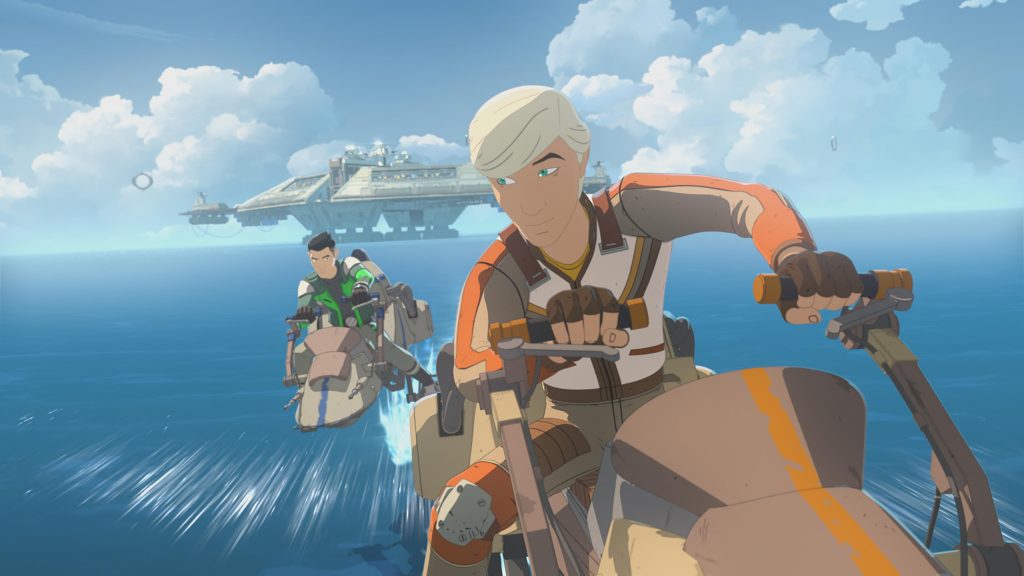 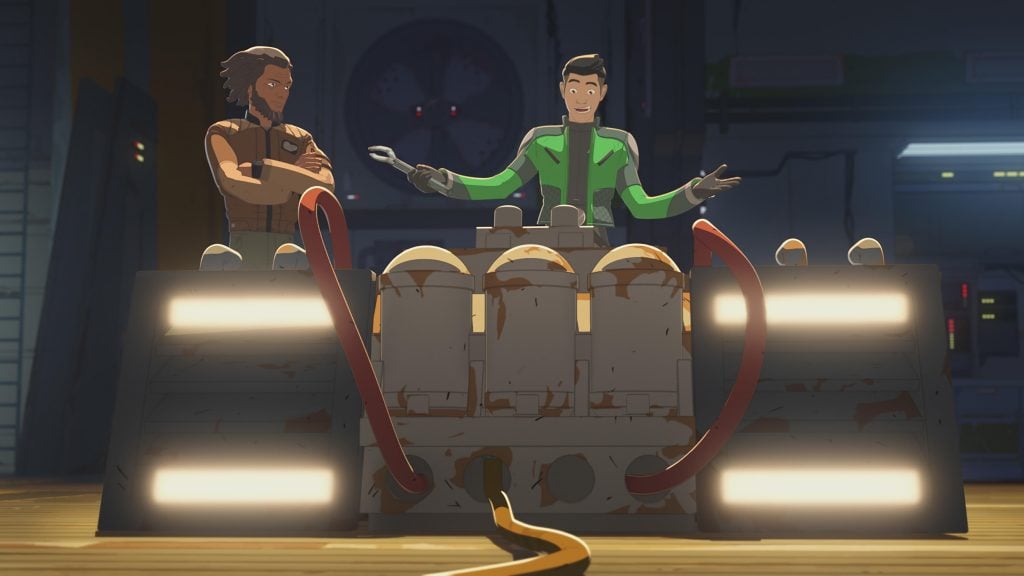 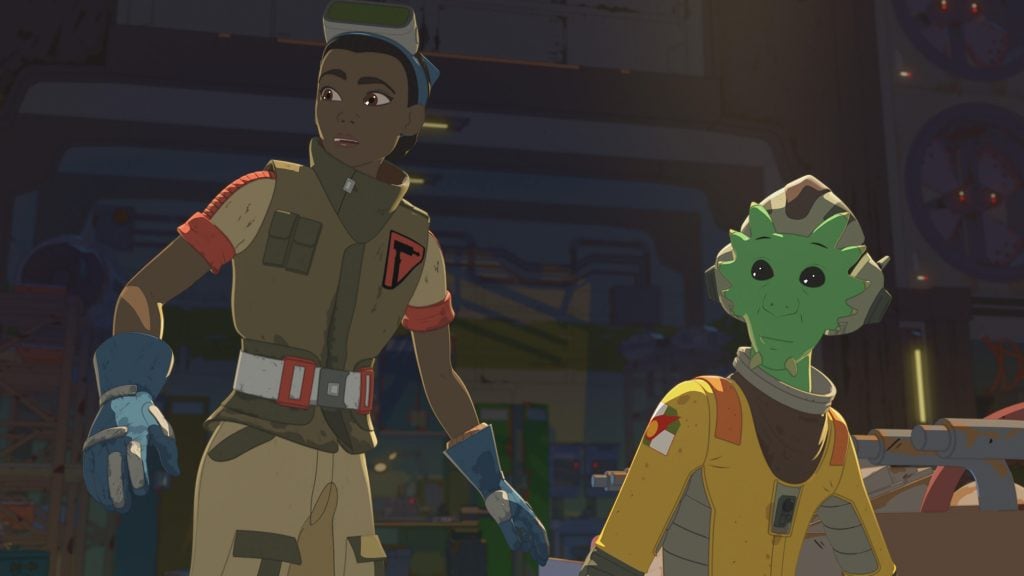 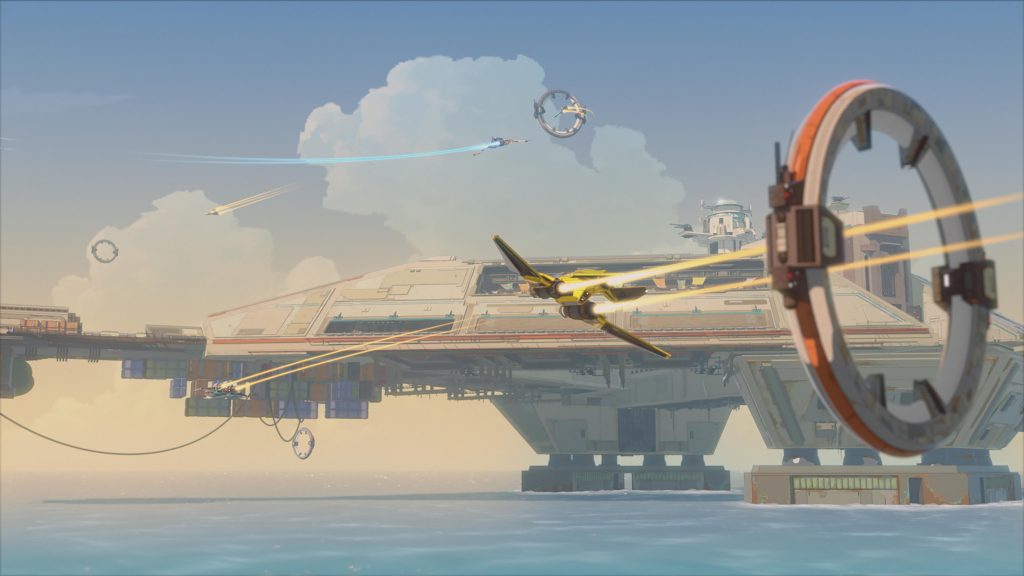