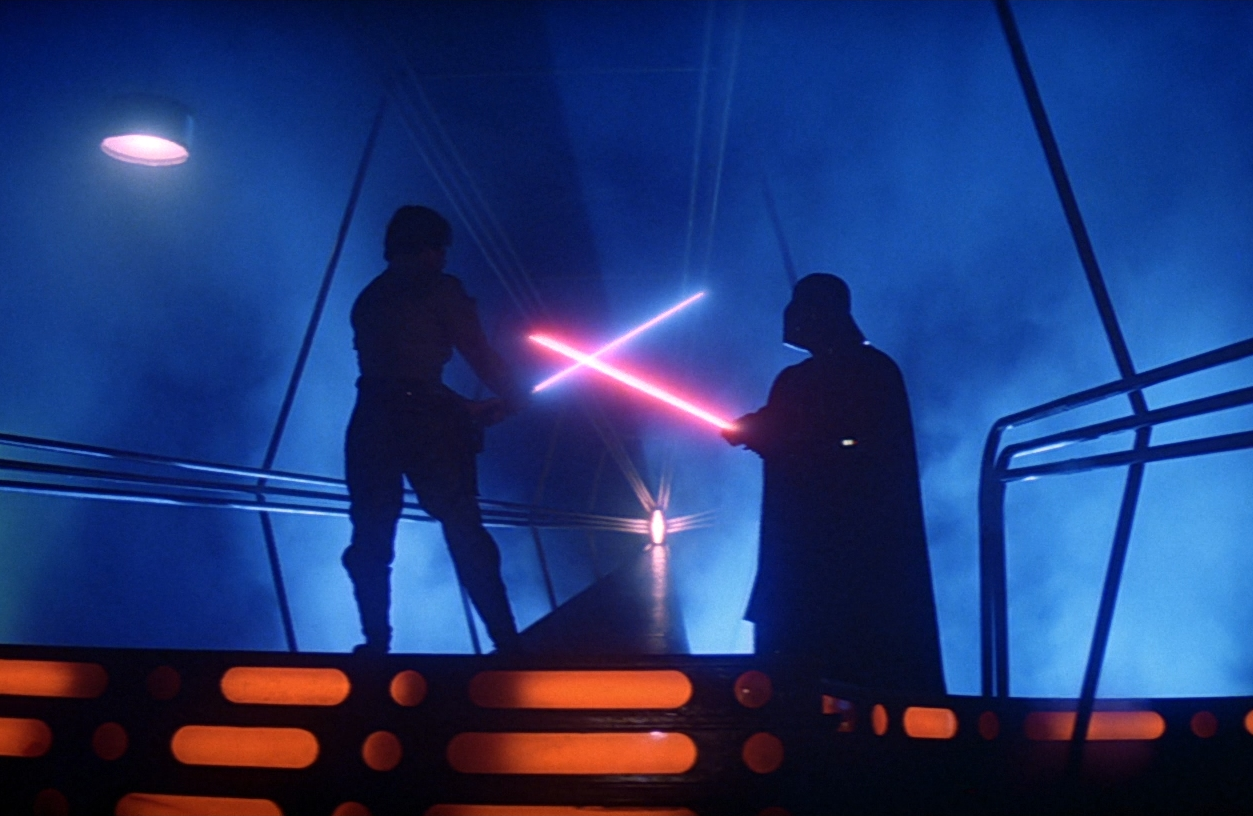 Lightsabers. The clash of the iconic laser swords (as George would put it) have always been inextricably linked to Star Wars. There are, of course, a lot of things that make Star Wars unique. But, when you remove the lightsaber duel Star Wars just isn’t Star Wars anymore. There are any number of sci-fi or space fantasy movies with spaceships, laser guns, and exotic aliens, but this futuristic samurai-esque clash of weapons that are both traditional and fantastic is one of the staples that separates Star Wars from all other sci-fi action movies.

First, here are the results from last week’s poll: 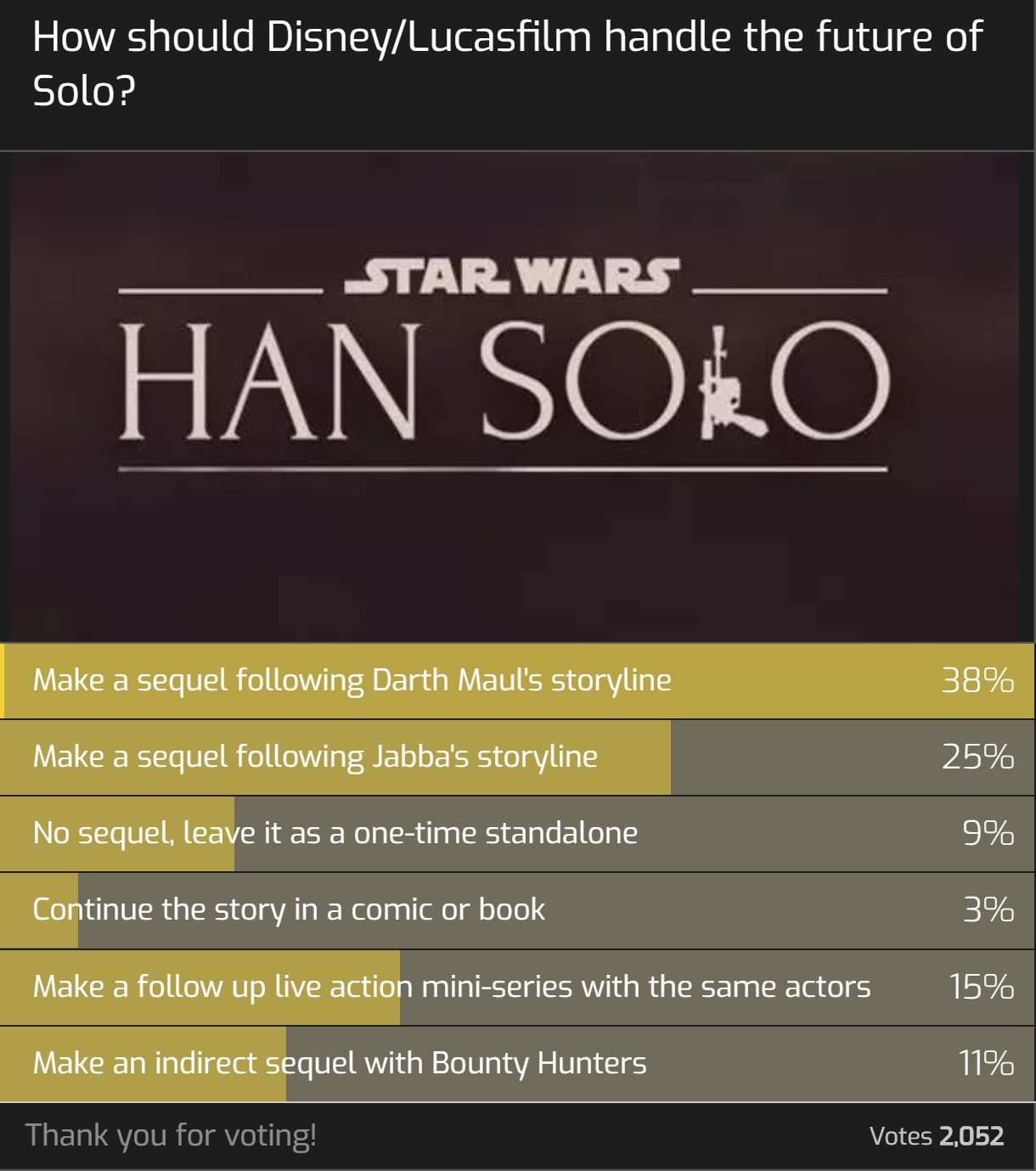 Now to this week’s poll.

What makes these duels so great? It really depends on the viewer’s preferences. Are you there for a chess match? Then maybe you love A New Hope‘s Obi-Wan/Vader fight and deem the iconic Luke/Vader duel from The Empire Strikes Back your favorite.  Do you prefer the cathartic release of emotion that comes with two opponents bitterly consummating their rivalry? Then maybe you prefer Return of the Jedi‘s  Throne Room battle and find the two fights in The Last Jedi mesmerizing in spite of sabers never touching. Perhaps you are more interested in technical skill and find the flurry of impressive (most impressive even) moves of The Phantom Menace or Revenge of the Sith to your liking. Or maybe, like me, you see greatness in all and take different value from each?

For a Star Wars fan, it can be difficult to name a favorite and you will often find qualifiers. Empire is my favorite, but I prefer the style of TPM. The Throne Room is my favorite scene in Star Wars, but Revenge of the Sith has a better fight. The Kylo/Rey battle in The Last Jedi is the best battle, but I don’t count it because they never clash sabers.  Etc…

But, now is your chance to put it all on the line. Participate in the poll below and help us decide once and for all which is your favorite (until the next movie or new version of a similar poll comes along). So make that final decision below and then hit us with your qualifiers and rationalizations in the comments.

Note: We acknowledge there are quite a few memorable lightsaber fights from The Clone Wars and Rebels (Ahsoka vs. Darth Vader), but this poll is focusing on the feature films.

You can pick up to three answers from the poll.

If you are using your mobile device, you can vote HERE.

Side note: I never actually realized the huge number of lightsaber fights Revenge of the Sith had compared to the other movies with five!