A deleted scene from the upcoming home video release of Solo: A Star Wars Story has been revealed, which has Han Solo and Qi’ra fleeing on foot on Corellia before their attempt to leave the planet. The video comes courtesy of USA Today and will join several other cut scenes from the film in the bonus features in the Solo home video package. Check out the scene below!

The scene titled “Corellian Foot Chase” can be wedged in between Han and Qi’ra crashing his speeder in the narrow alley and their attempt to flee the planet before being separated. Alden Ehrenreich was praised for capturing Han’s sly charm and wit and this scene continues that trend as he tries to convince Qi’ra to stay inside a disgusting barrel of snake-like creatures (nod to Indiana Jones perhaps?) in order to steal a kiss or two. Check out the scene:

EXCLUSIVE: A young Han Solo and Qi’ra are on the run (and getting wet) in this deleted scene from #SoloAStarWarsStory. https://t.co/47U74isy3Y pic.twitter.com/bvsRJwqtoZ

ABC News’ Clayton Sandell recently told our podcast The Resistance Broadcast that the promotion for Solo‘s home release may focus more on the romance between Han and Qi’ra, and with the promotional release of this deleted scene he was absolutely right. Sandell shared some other bits with me and the crew, so you may want to go back and give that episode a listen. 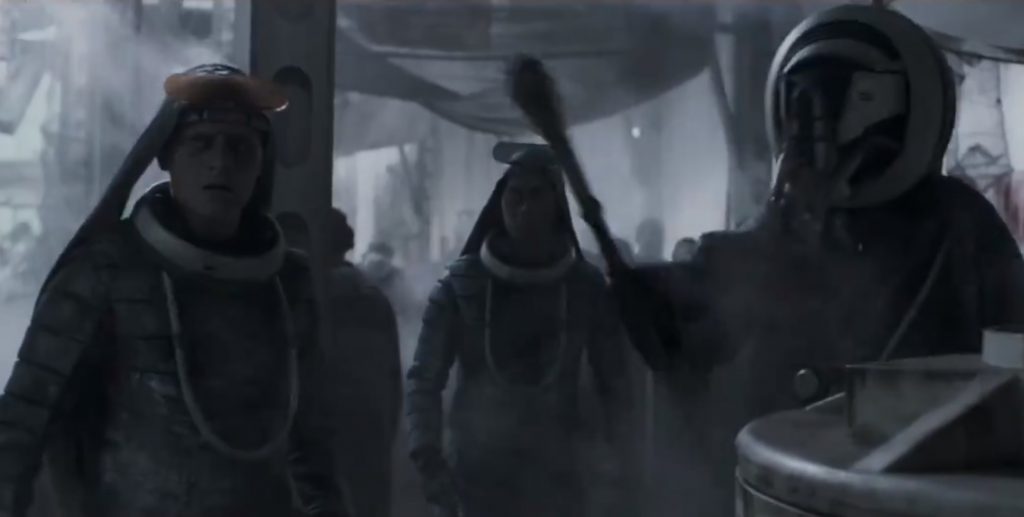 Solo: A Star Wars Story will be available for digital download in just eight days on September 14th, followed by the 4K/Blu-ray release on September 25th. This is where the fun begins!