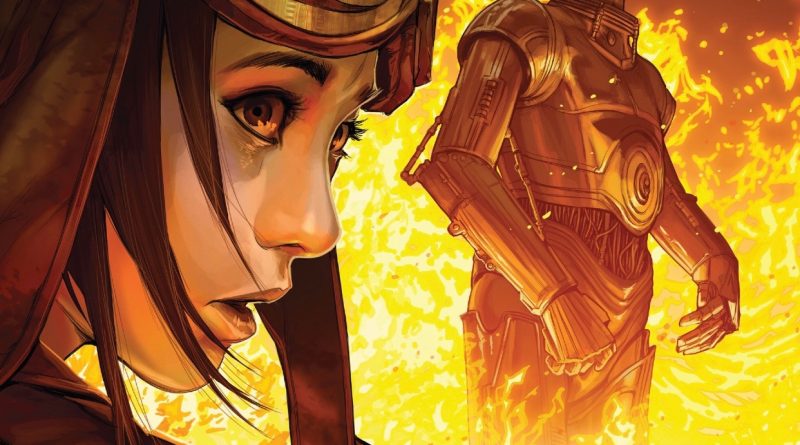 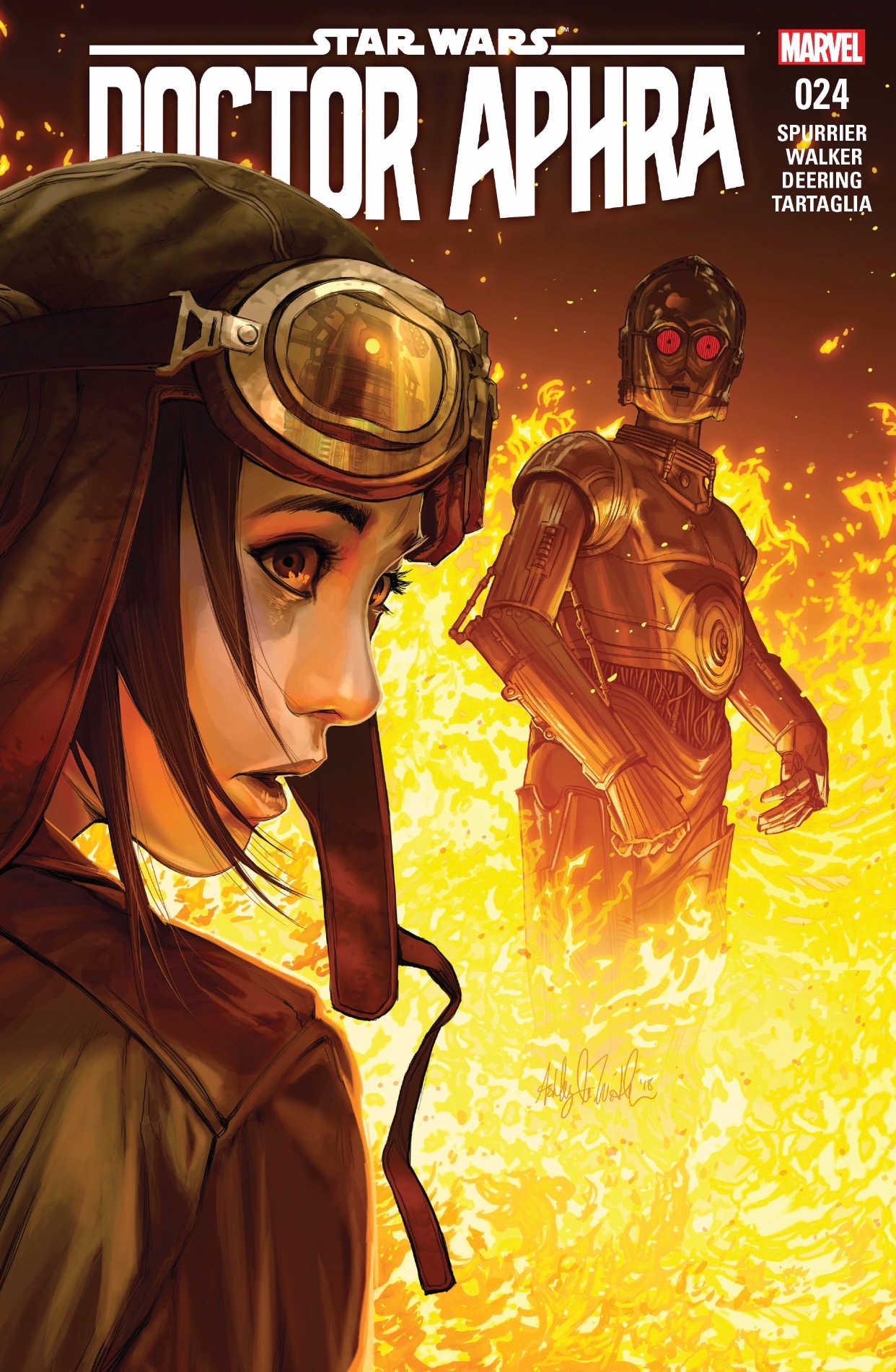 Into the fire we go this week with Doctor Aphra, Magna Tolvan, and Sana Starros as the quickly disintegrating Imperial flotilla jail makes a suicide run at a Rebel-friendly planet. If you think that’s a lot to cram into one sentence, then you probably haven’t read the issue, because that’s a small list of what happens in this twenty-fourth issue and penultimate installment of ‘The Catastrophe Con’ arc. SPOILERS AHEAD…. 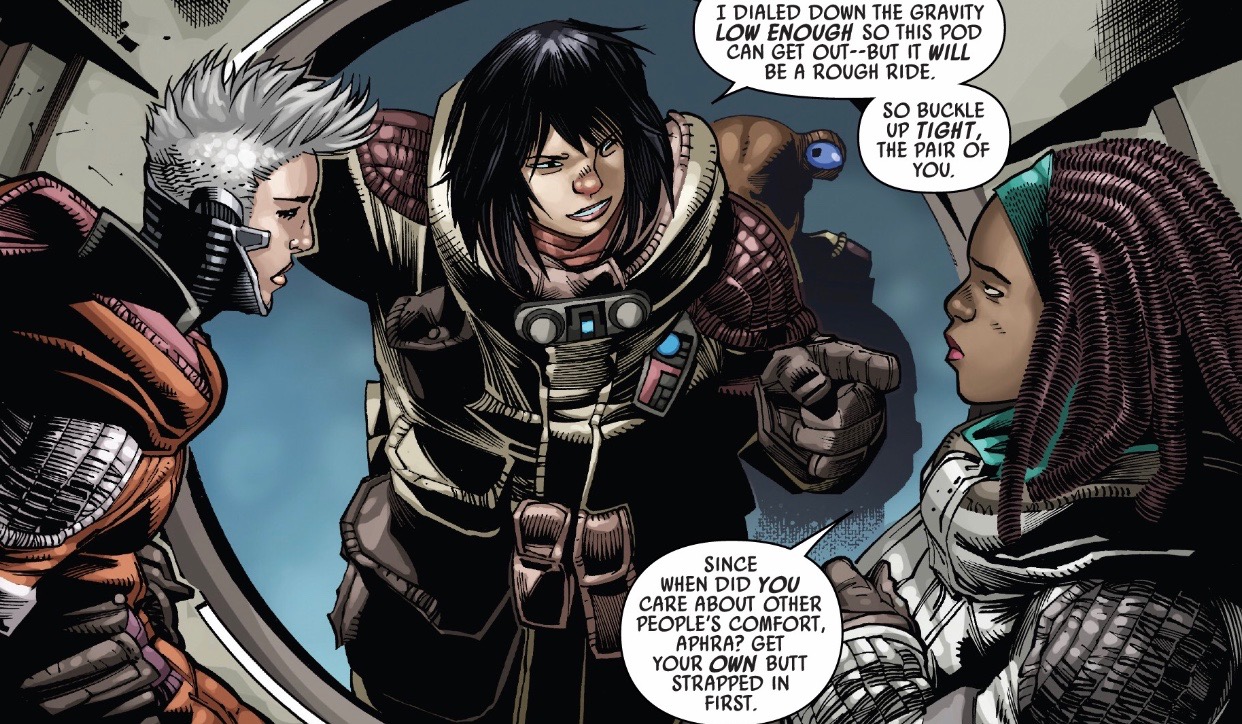 Aphra is set to help Sana and Tolvan escape, but she has unfinished business on Accresker Jail. Before she launches the escape pod, she requests that Sana ensure the Rebels don’t torture or execute Tolvan. Sana is taken back that Aphra would look after her safety, as the person she knows usually uses people as stepping stones. Sana agrees to look after Tolvan, who I’m sure a certain General Syndulla would love to get some information from. The clock is ticking, as the Empire has put Accresker Jail on a collision course to a planet sympathetic to the Rebellion. 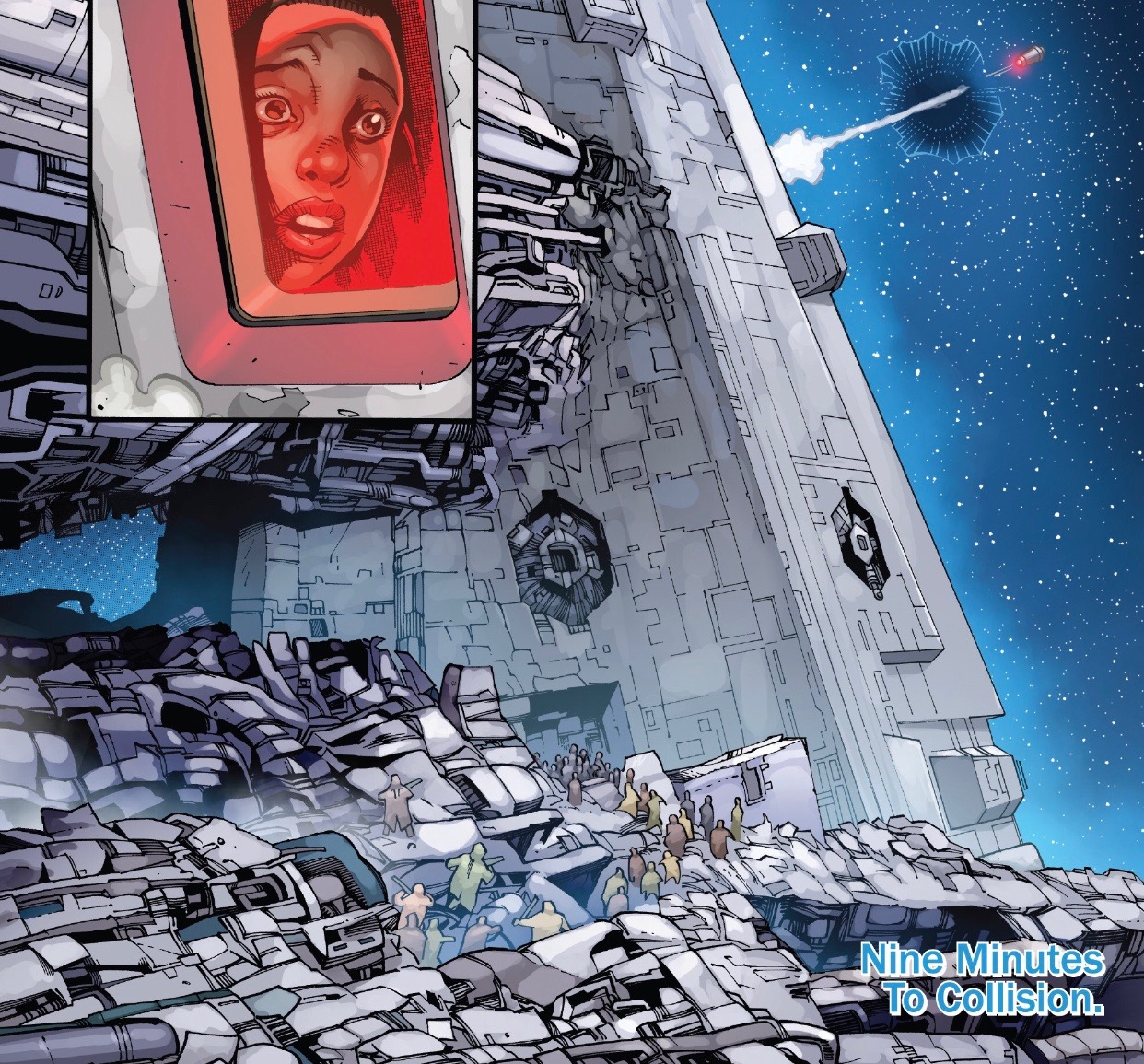 Just as Aphra hits the eject button on the escape pod, Tolvan ditches Sana to remain with Aphra. Sana is understandably confused by this. I was a little disappointed that Sana was taken out of the action in the first few pages of this issue, but I have hopes she’s coming back. I like that a romantic element has been added and there’s something of a love-triangle between Aphra, Tolvan, and Sana. Even if she doesn’t come back in the next issue, I seriously doubt that’s the last we’ve seen of Sana Starros in Doctor Aphra. 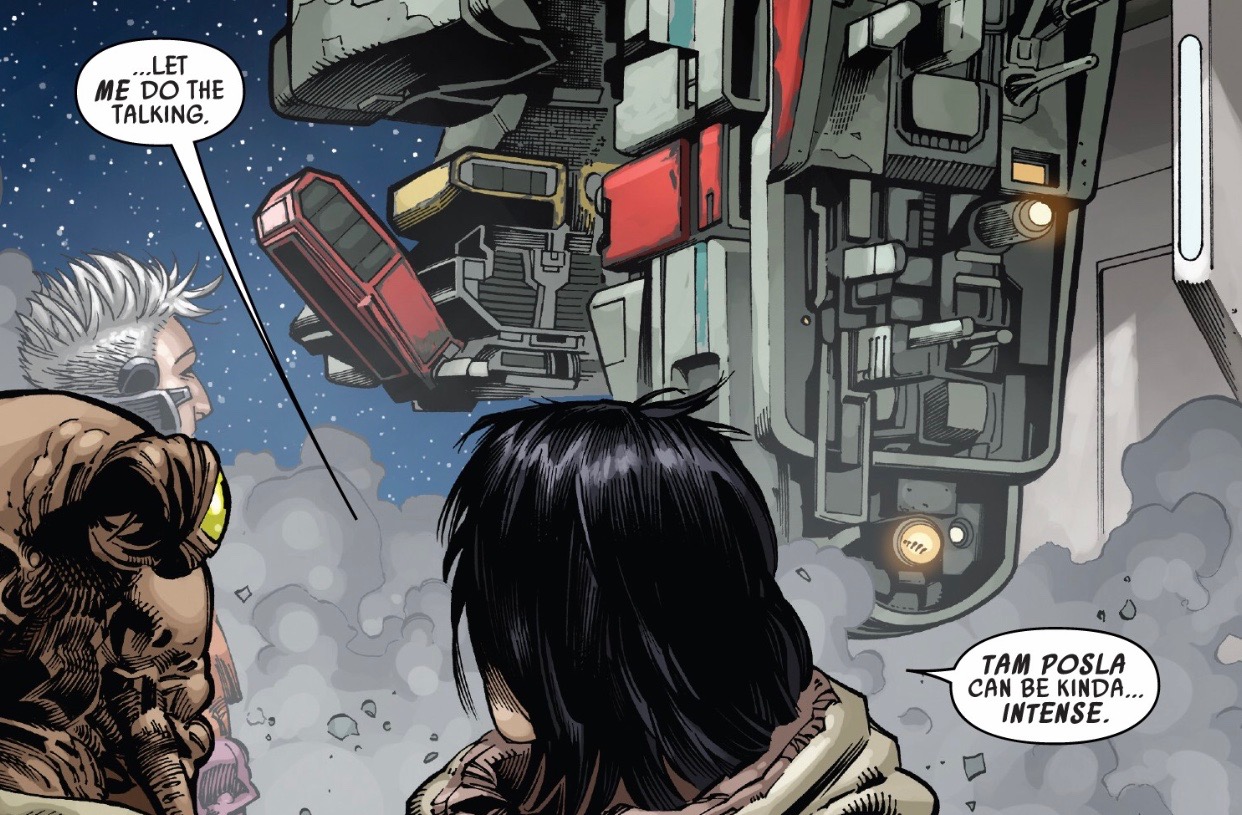 As we left Aphra in the previous issue, a few enemies were on her trail to Accresker Jail. The first one being Tam Posla, who is not happy about Aphra sacrificing his lover, Caysin Bog, during their escape from an Imperial archive (if you’re interested in that arc, it’s called ‘Remastered’ and it’s great). He wants satisfaction, but Aphra’s been able to promise him someone he wants dead even more: Dr. Cornelius “I don’t like you either” Evazan. The doctor was responsible for Bog’s brutal mutilation and Posla was hunting him long before he met Aphra. Since Aphra doesn’t actually have Evazan with her, she has to convince her shapeshifting friend to impersonate him. Always good to have a shapeshifter around when you need one.

Looks like Aphra isn’t afraid of making new enemies since she just put her shapeshifting buddy into deep freeze to hand over to Posla. I have to think she trusts Posla wants to make Evazan’s death a slow one, so once he thaws the shapeshifter out, she trusts that he’ll let him go. Still, I gotta think the shapeshifter is not going to be very happy with her and will most likely join Posla. Just as they are negotiating an armistice to hand over the frozen version of Evazan, the Force-sensitive hookspores awaken and make their move for Posla. They speak to themselves that Posla has an aura of virtue, which seemed odd to me since his mission is vengeance by the worst form of torture imaginable. 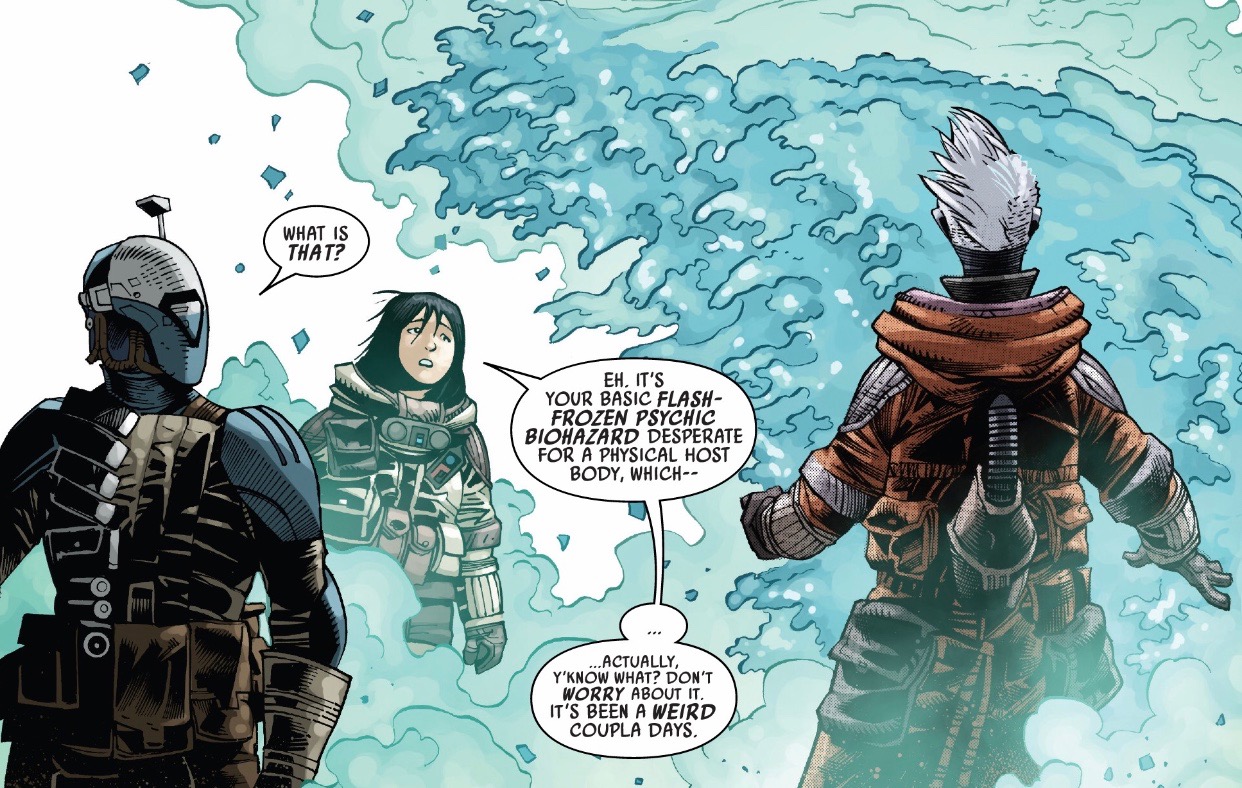 Just as the Force hookspores come at them, Aphra activates the same device and captures them in ice. Posla has seen enough, so he collects his prize and is on his way. As soon as he’s back on his ship and headed away, he starts to second guess his trust in Aphra and decides to start thawing out Evazan. I’m guessing Posla’s going to have some words for Aphra in the next issue or future arcs. Now that Aphra’s dealt with one former enemy, she leads Tolvan back to the remains of the Jedi she found earlier and the prize she is after. 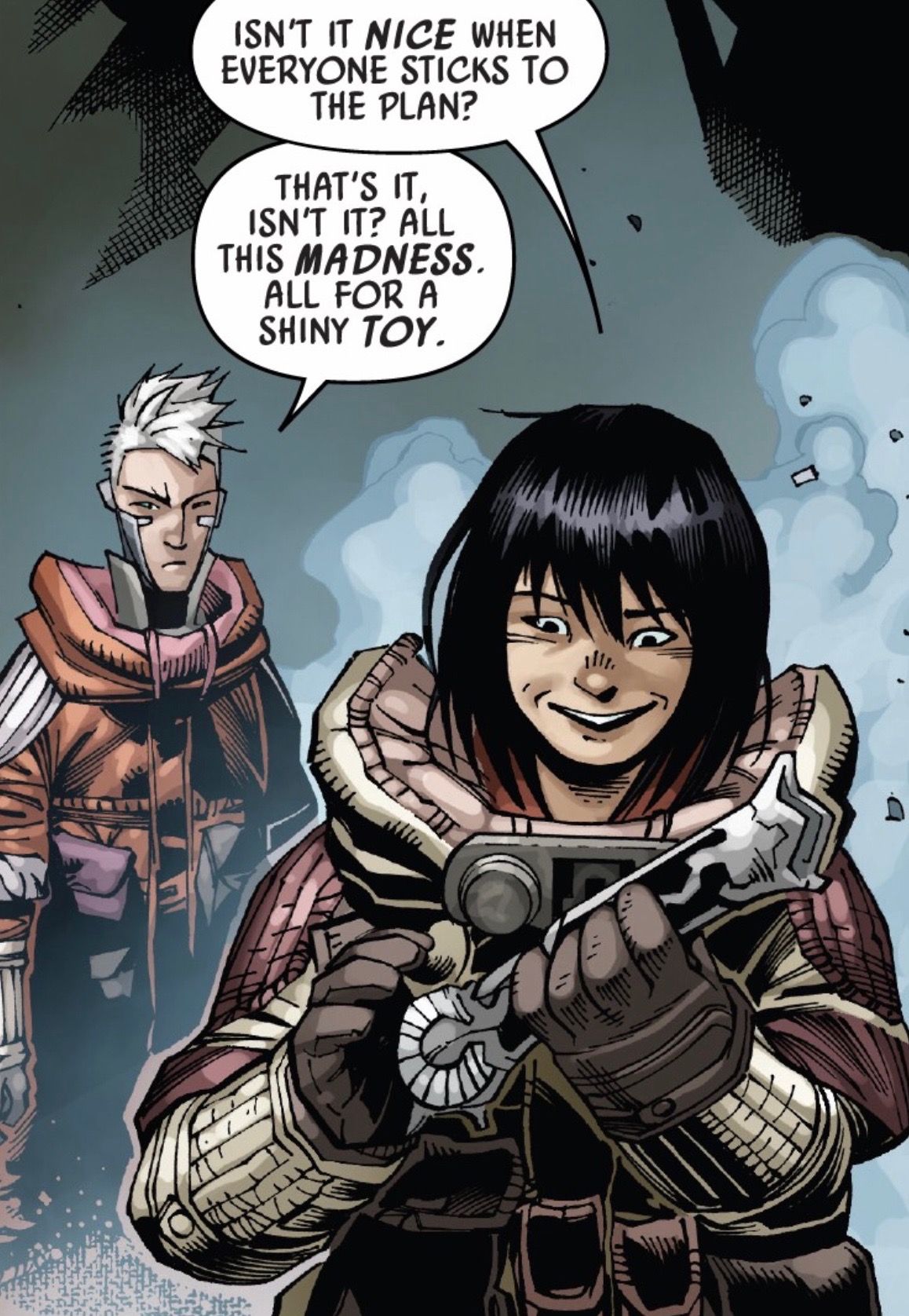 Aphra has been after the lightsaber. Just by this tiny glimpse we get, I’d say this is a lightsaber from before the prequel era. Let’s hope we get some sort of story, as it functions in this issue solely as a treasure Aphra can sell for a large sum. As we know from collectors like Grakkus the Hutt, Jedi antiquities are sought after, since the Vader and his Inquisitors have essentially wiped them off the face of the galaxy at this point in time. Aphra has no interest in getting this into an archive or into the hands of Luke Skywalker. It’s all about the money for Aphra, which she pledges to use for a life with Tolvan. 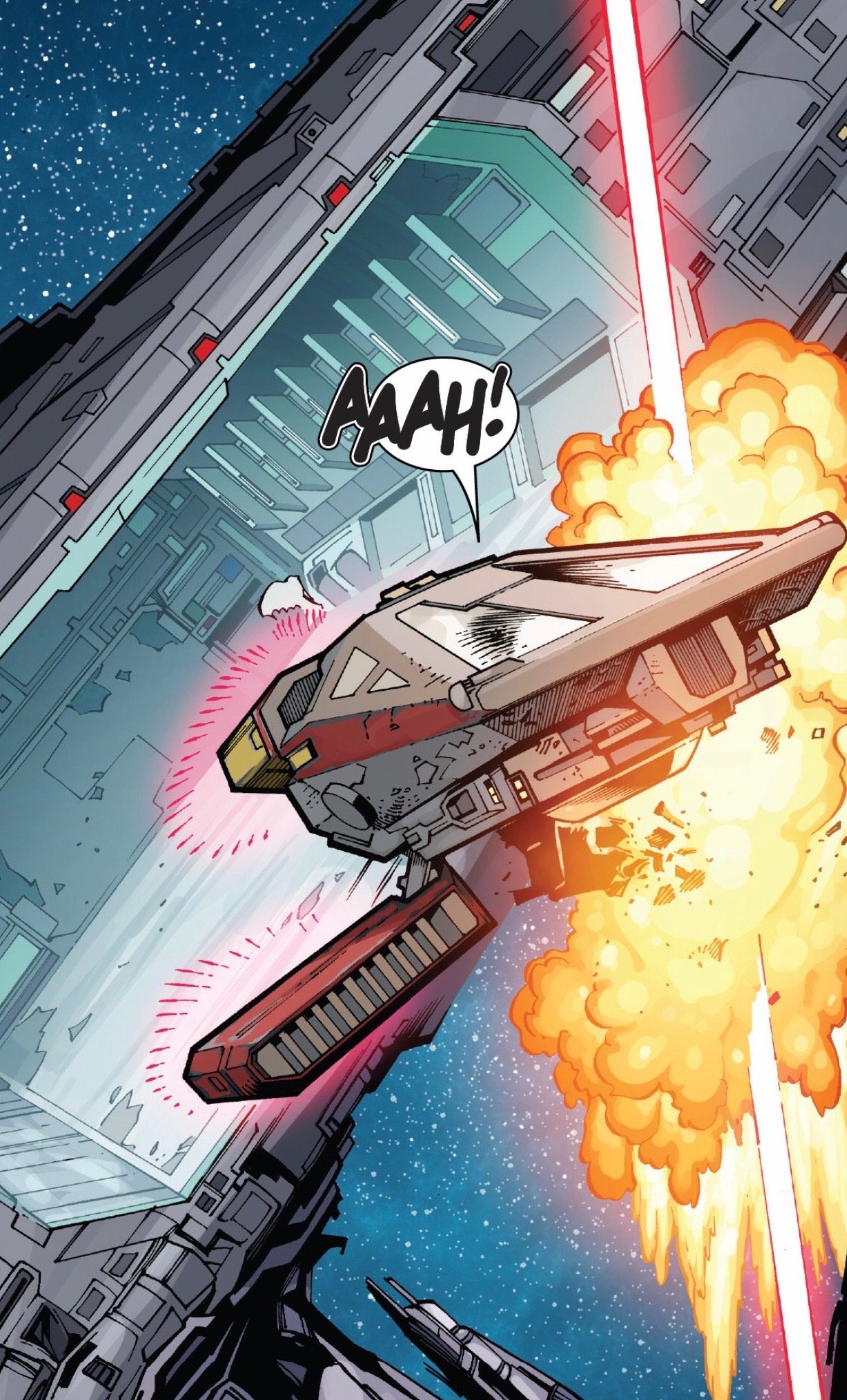 There doesn’t seem to be any happy ending for Aphra and Tolvan, because as soon as they are on their way out of Accresker Jail, a blast rocks their ship. Aphra and Tolvan make a crash landing right back where they were. Aphra isn’t sure who shot them down, but if you’ve been following along, you know there are two droids who were not far behind Posla. 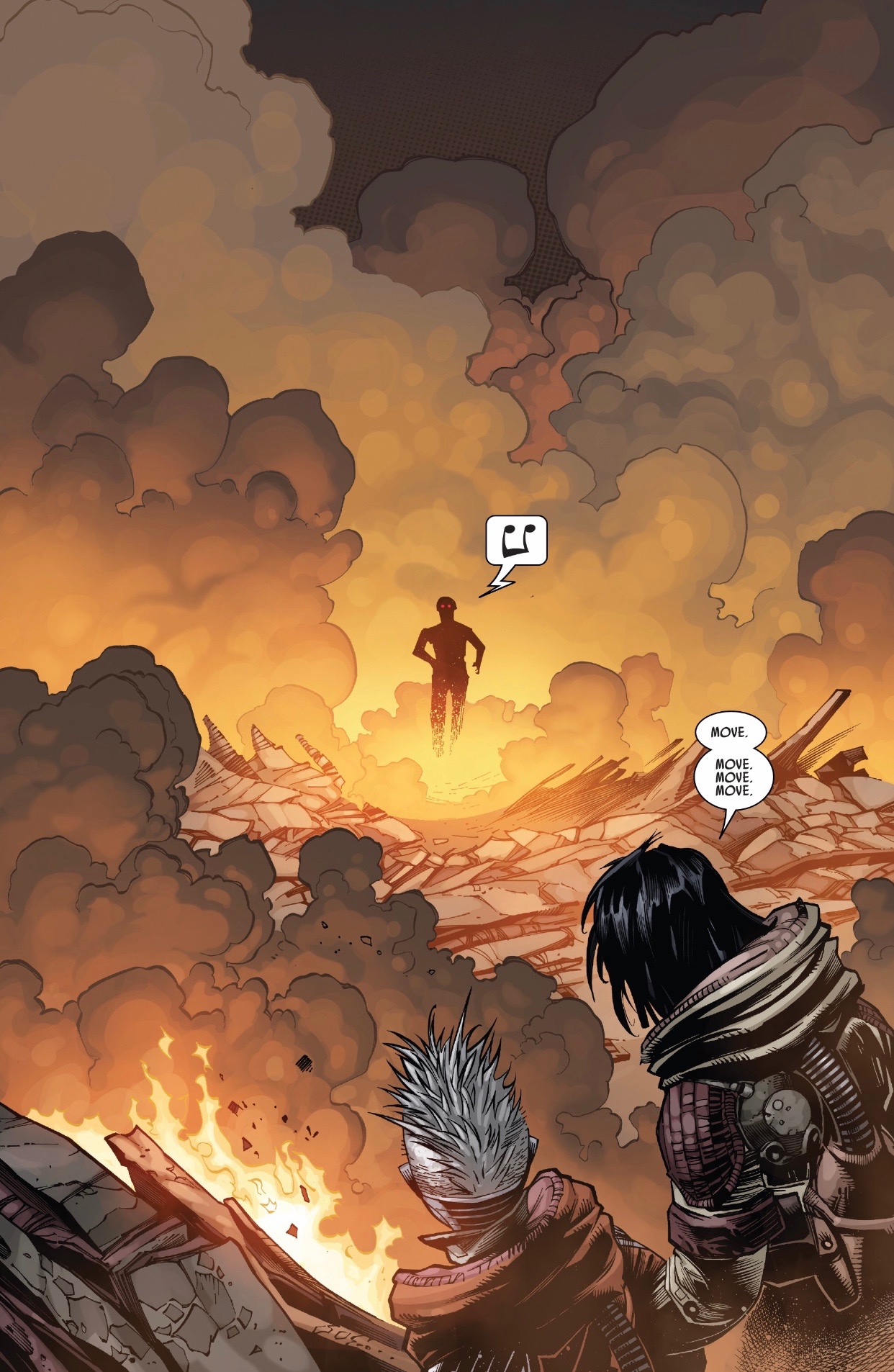 If you are a regular reader of these reviews, you’ll know I’m no fan of Triple Zero and Beetee, the homicidal droids who’ve tangled with Aphra in the past. Despite the allusions to the horrible things they are capable of, they often come off as the macabre comic relief, almost like they’re the Uncle Fester of the series. This issue was different and I think it has mostly to do with the fact they say nothing. We also see how terrified Aphra is of them and how much fear they put into Tolvan. I have to say, I was definitely swayed in my opinions of these two and perhaps writer Simon Spurrier has realized their schtick is played out. I’d be all for them popping up like this going forward. 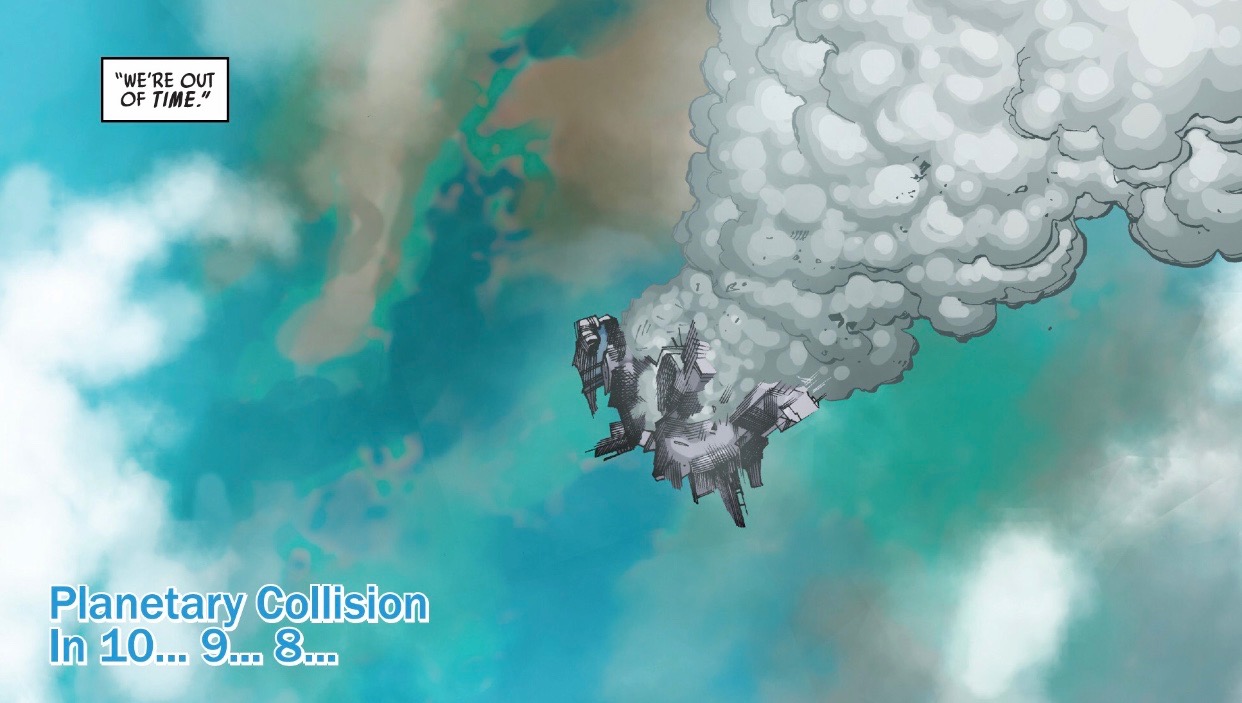 The jail is at the edge of the atmosphere. Aphra and Tolvan are prepared to die until the jail suddenly stops. Aphra realizes it’s a tractor beam and sees a familiar Imperial shuttle overhead. Remember, Tolvan informed someone very high up in the Empire about Aphra, and that person has come to Accresker Jail to tie-up a loose end. 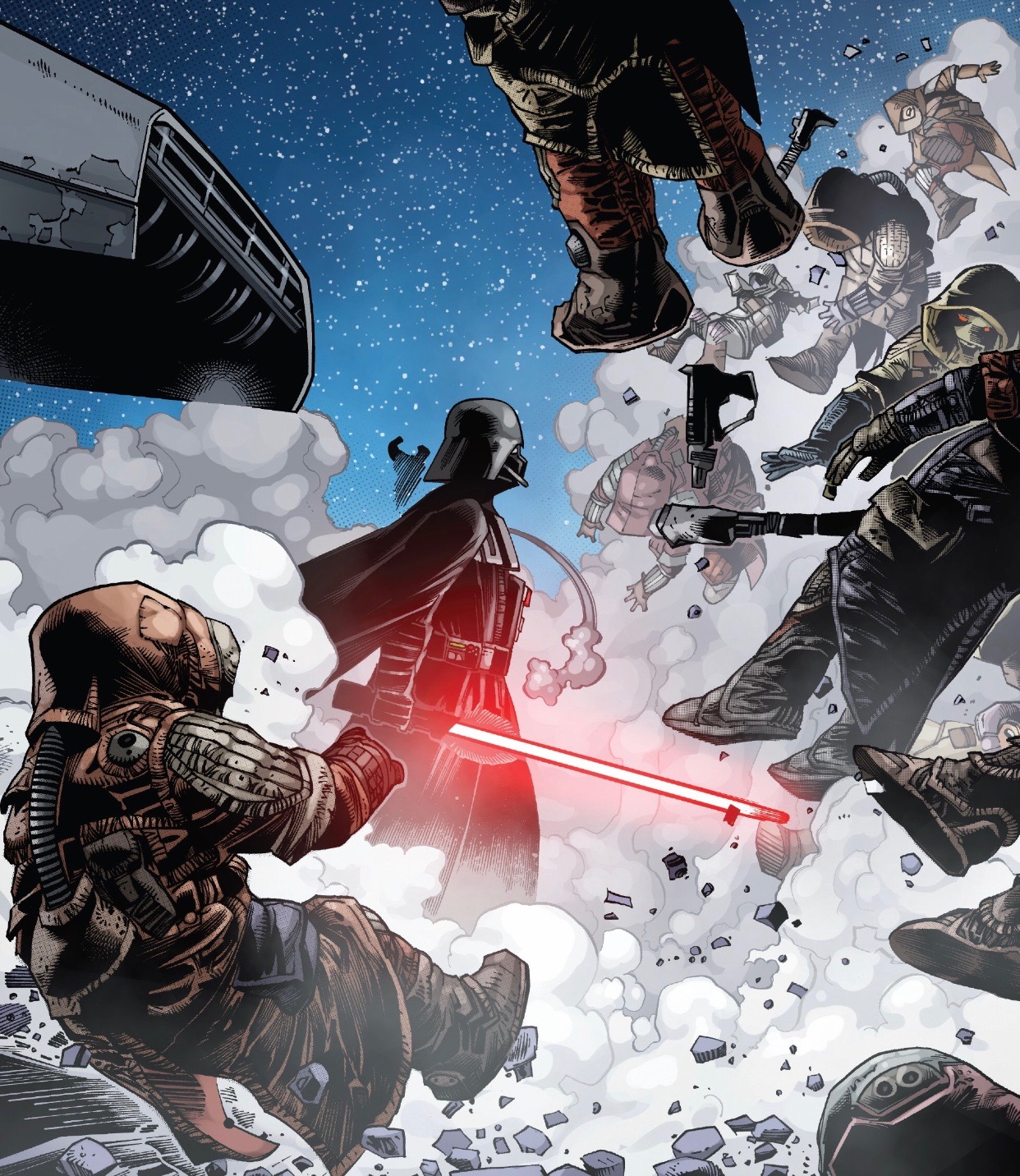 I know I cry “Vader-overkill” frequently, but I have to say I was cheering when the Dark Lord showed up. Not that I want Aphra to meet her end anytime soon, it was just such a cool entrance. I could tell artists Kev Walker, Marc Deering, and Java Tartaglia had a lot of fun with this issue. It shows as this is some great art. Aphra issues have been a bit up-and-down as far as the art goes, but this team of artists has delivered some great stuff. 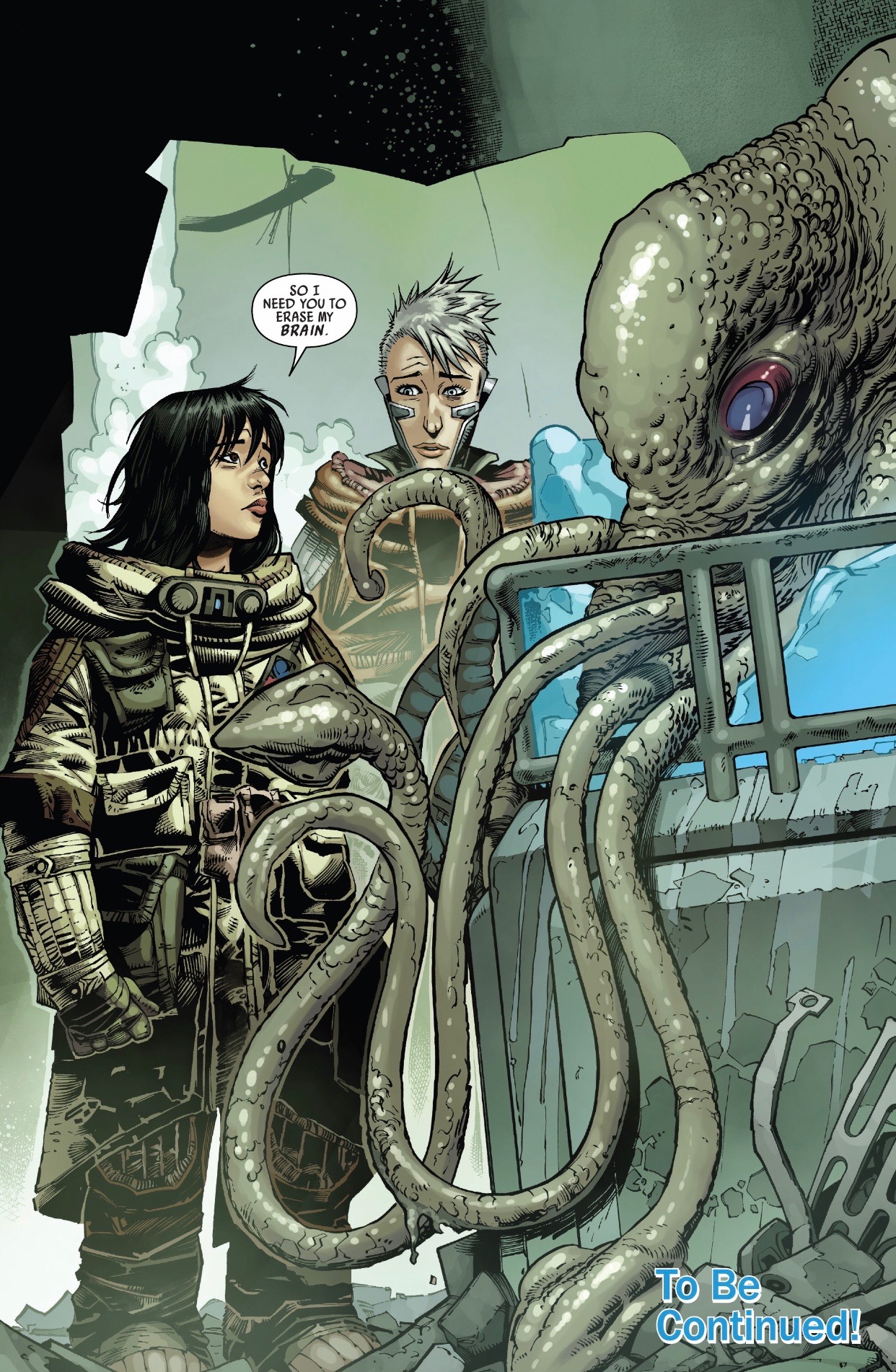 As Aphra runs from two psychotic droids and a Sith Lord, she laments that the reason so many people have come after her is the knowledge she posses. The only way she thinks she can get away is if Tolvan uses the Bor gullet to erase her mind. An interesting solution, to say the least, but we’ll have to wait until the next issue to find out what happens.

I was pretty impressed that Simon Spurrier was able to cram as much into this issue as he did without it becoming a mess. The artwork was very cool and this sets up an exciting conclusion for ‘The Catastrophe Con’. I’m very interested to see what the reunion of Vader and Aphra will bring. How will this affect Tolvan’s place in the Empire; or, will Tolvan even make it out of Accresker Jail alive? If anything, this job delivered a great story while also raising many questions. Doctor Aphra continues to be something I look forward to every time I glance at the upcoming releases for the week. 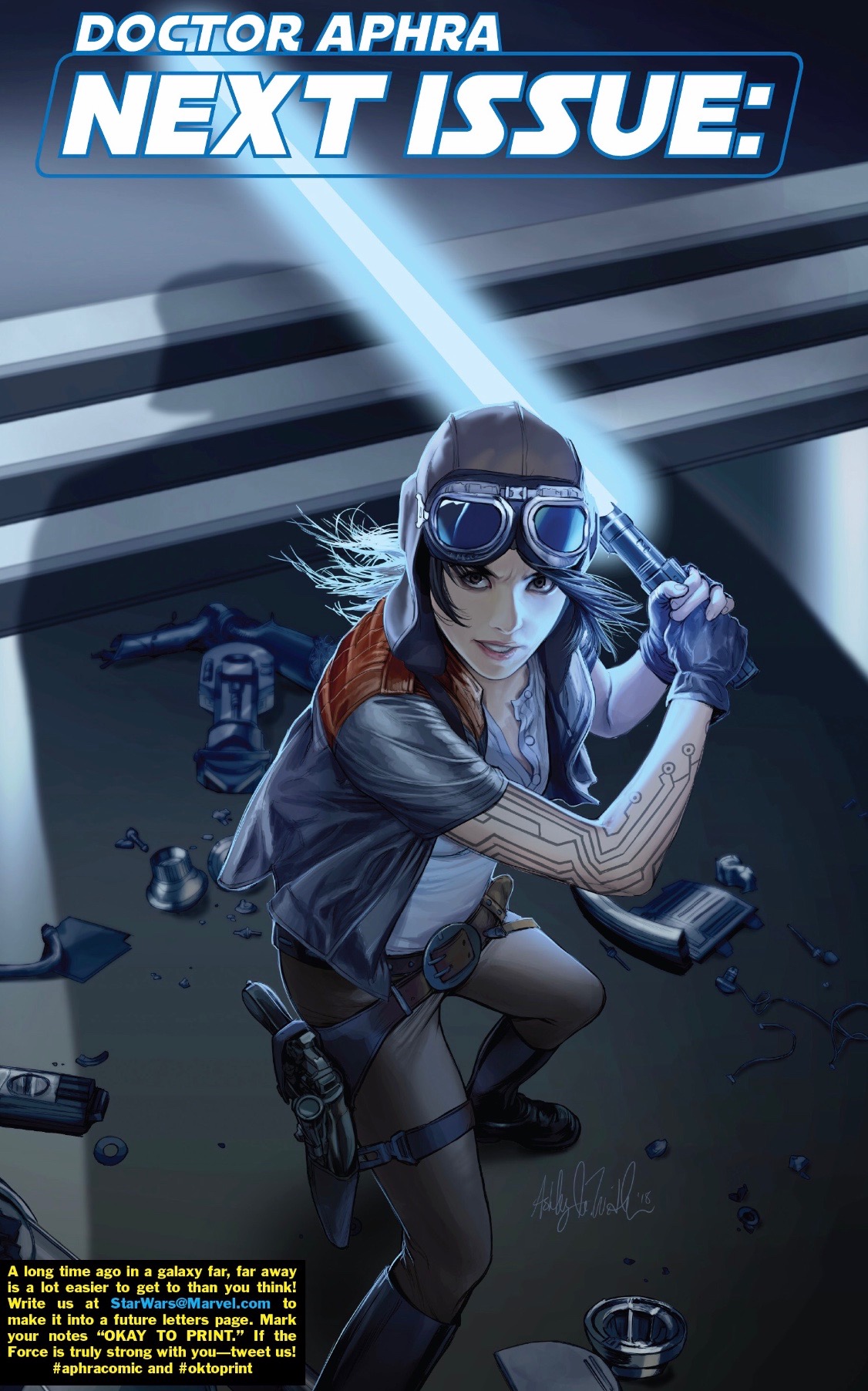 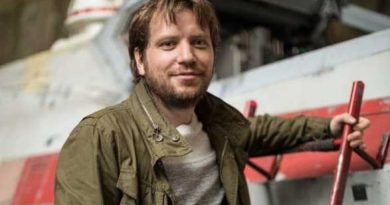 Gareth Edwards Talks With Fans About Working on Rogue One, Darth Plagueis, George Lucas, the Name Scarif and More 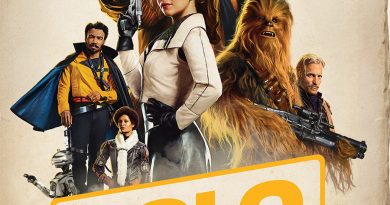 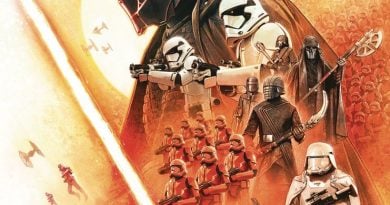