Convention exclusive merchandise is always a big hit with fans and collectors. Anyone can walk into a Target or Walmart and pick up a figure or take 15 seconds to order something from Amazon, but there is a certain pride and uniqueness that comes from owning something that only a few people in the world will have.

And, to that end, Hasbro has today announced that they will be launching their first ever international convention exclusive figure. The 6-inch Black Series Han Solo and Princess Leia Organa figures will be available exclusively at four upcoming conventions in Europe (see caveats below). The new Black Series figures will feature Han and Leia as seen in The Empire Strikes Back.

Check out the details on the release from Hasbro below as well as some images of the figures themselves.

Kids and fans alike can imagine the biggest battles and missions in the STAR WARS saga with new, 6-inch scale figures from THE BLACK SERIES! With exquisite features and decoration, this series embodies the quality and realism that STAR WARS devotees love. These HAN SOLO and PRINCESS LEIA ORGANA figures are carefully detailed to look like the characters from STAR WARS: THE EMPIRE STRIKES BACK, featuring premium detail and multiple points of articulation. Includes two 6-inch figures and four accessories. Limited quantities of this item will be available at other select conventions and may be available at select online retailers after the convention in the relevant market (including HasbroToyShop.com where available). Good while supplies last. 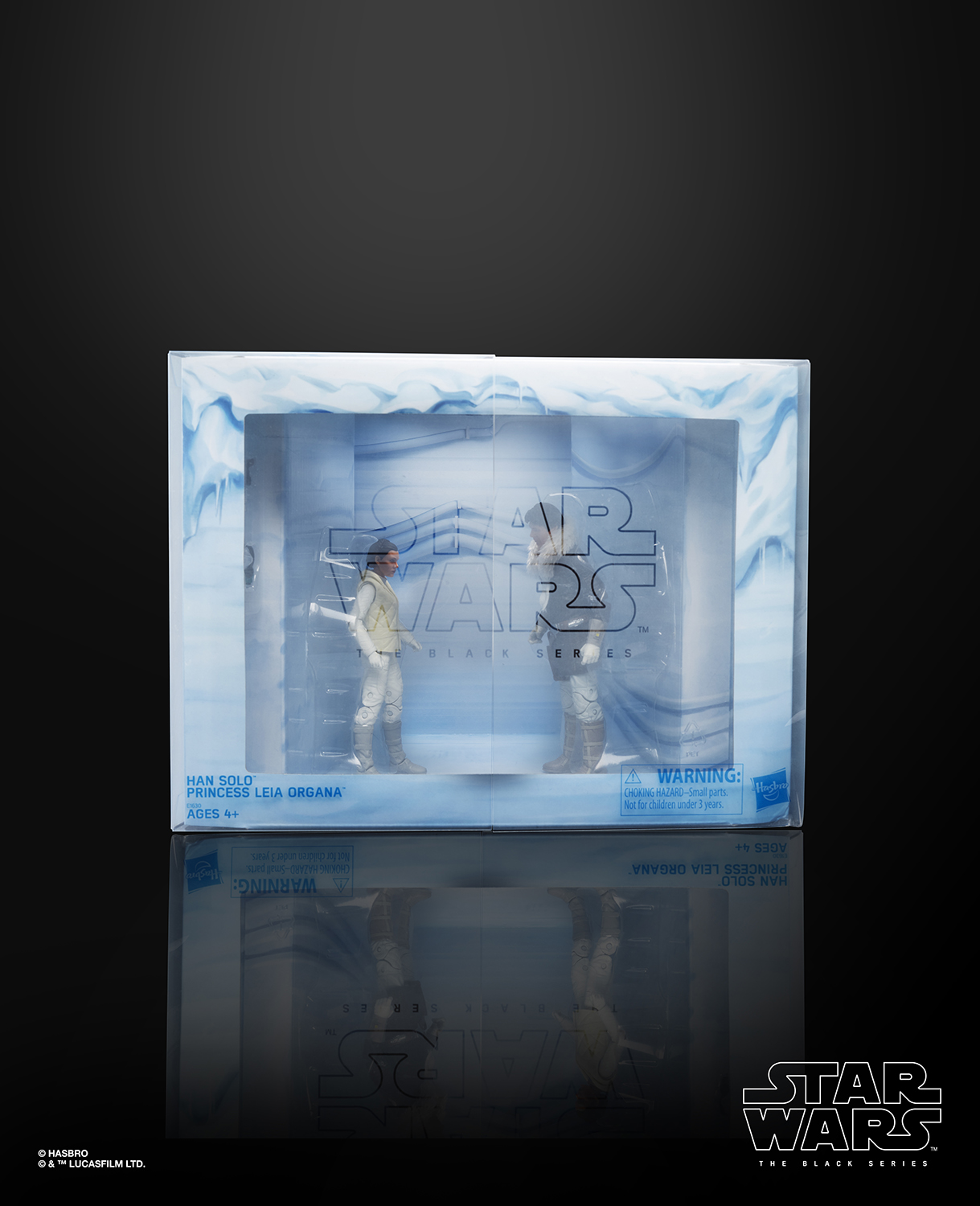 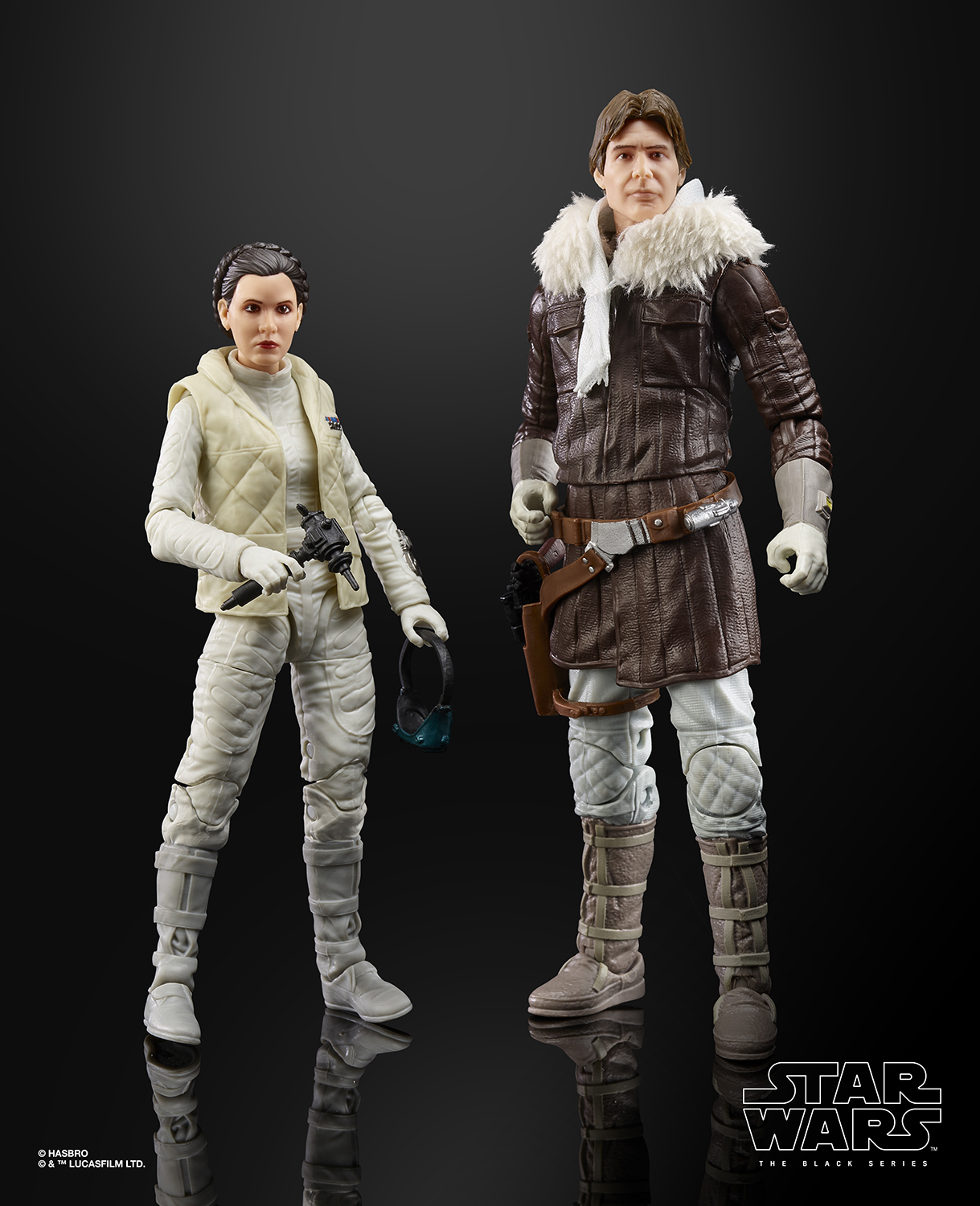 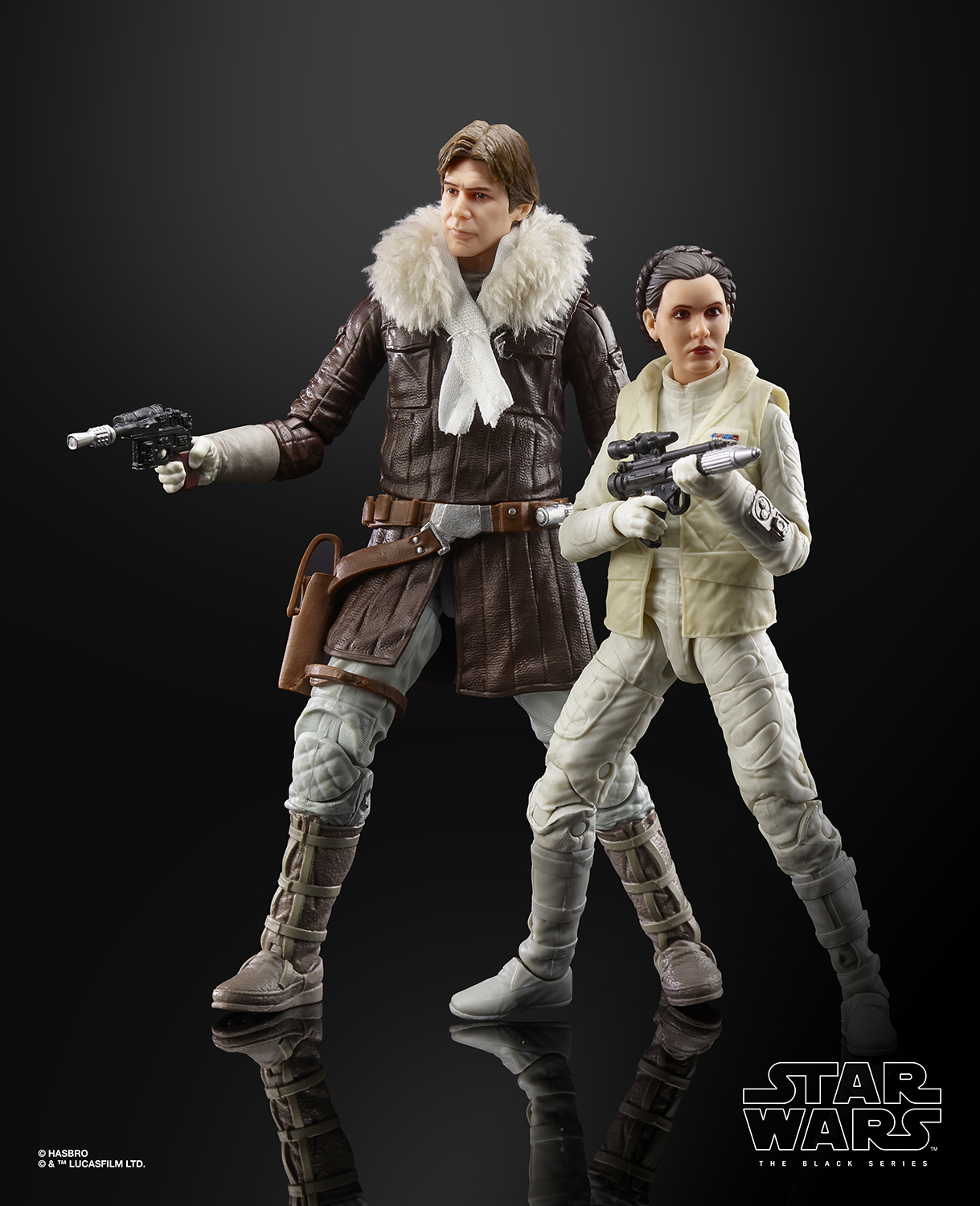