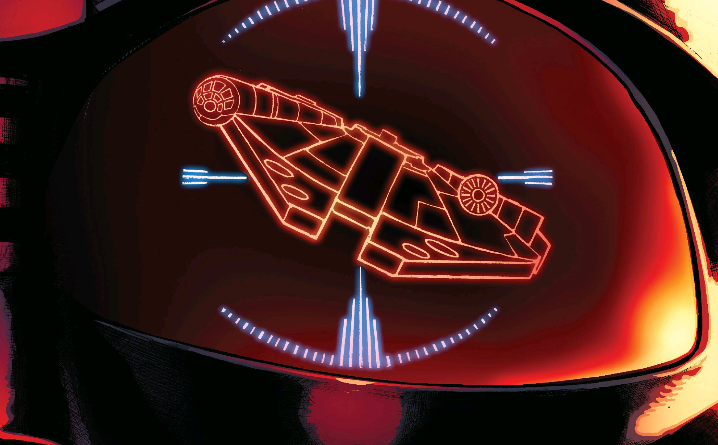 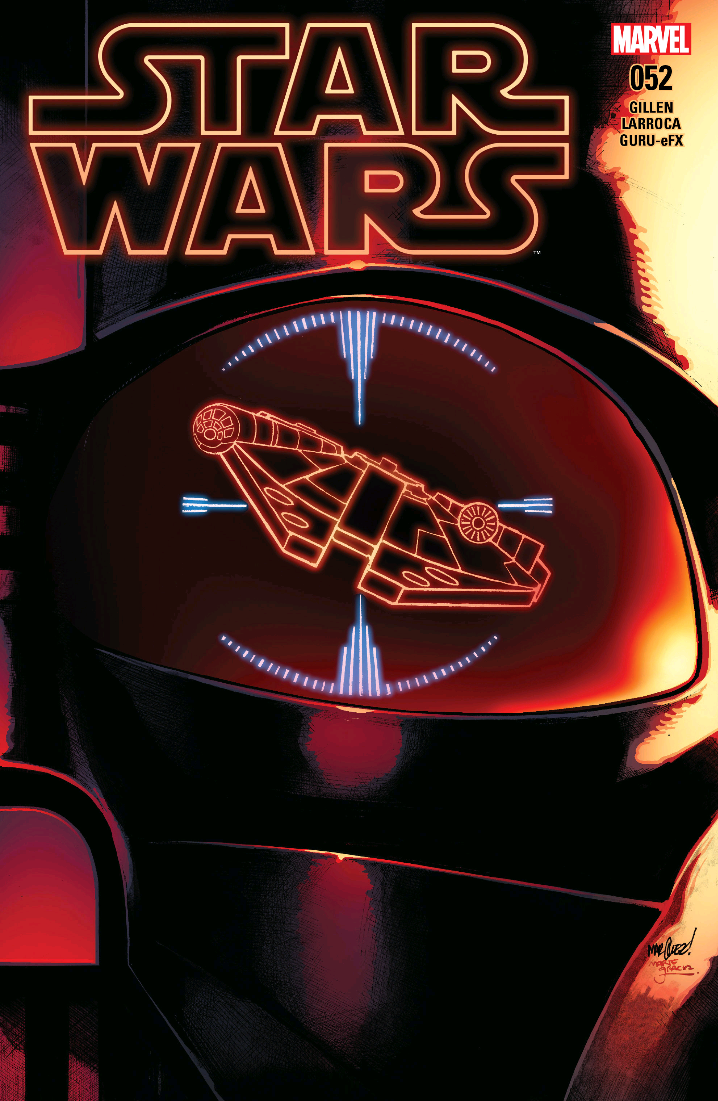 For the most part, the Star Wars comics follow their own path story-wise, using the medium to tell tales that run adjacent to the film continuity. While officially integrated into that same continuity, it is rare that we get to see the comics reveal something huge or connect to the main story in any really significant way. I’m good with this approach for the most part, as I don’t have to have the background on every little thing in the movies explained to me via other media.

But at times, the comic writers get the opportunity to flesh out something meaningful from the films or to completely change fans’ perception of certain aspects of the movies (ex. see Darth Vader #6). Star Wars #52 is one of those issues, as Kieron Gillen gives us the origin of Rogue Squadron, Luke’s starfighter group that was first seen in action at the Battle of Hoth in The Empire Strikes Back. Spoilers ahead… 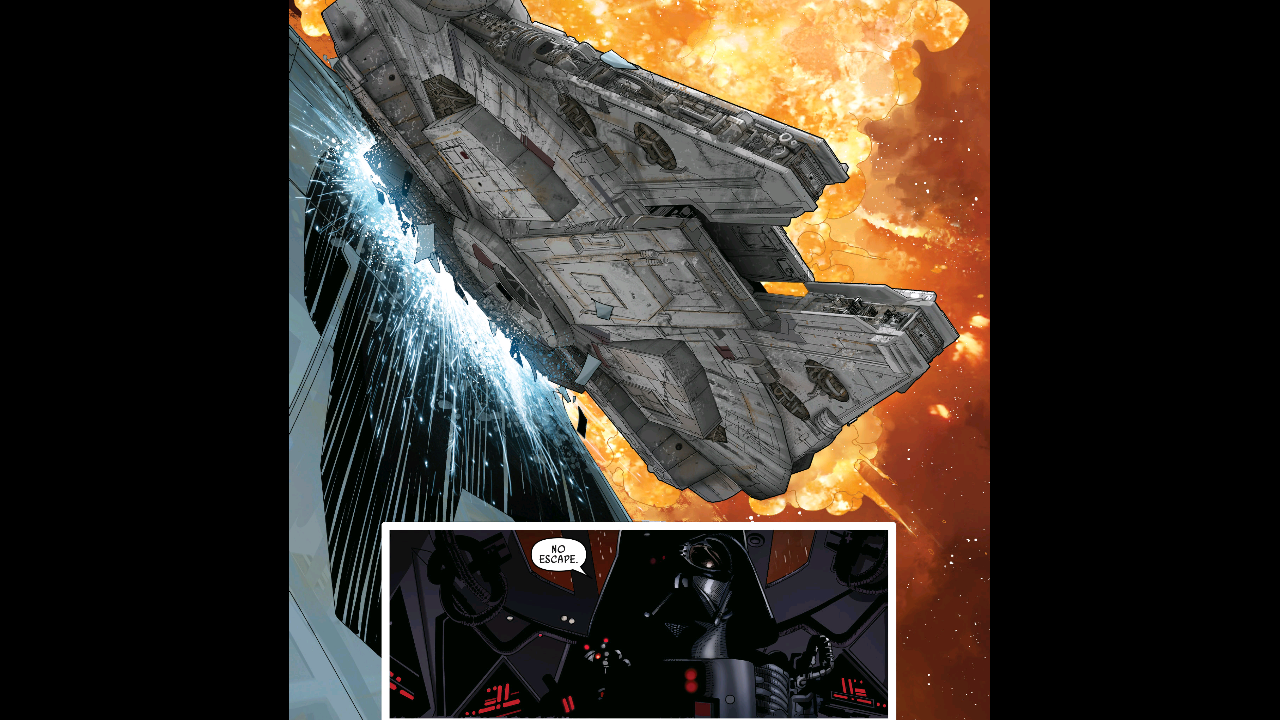 In the last issue, Han Solo and Chewbacca arrived at Mako-Ta base to discover that the treacherous Queen Trios had sabotaged the Rebel fleet and led the Empire to their doorstep. Unable to open the bay doors to mount their defense, Luke and his fellow X-Wing pilots are sitting ducks on a ship with a disabled hyperdrive just waiting for Vader to wipe them out. 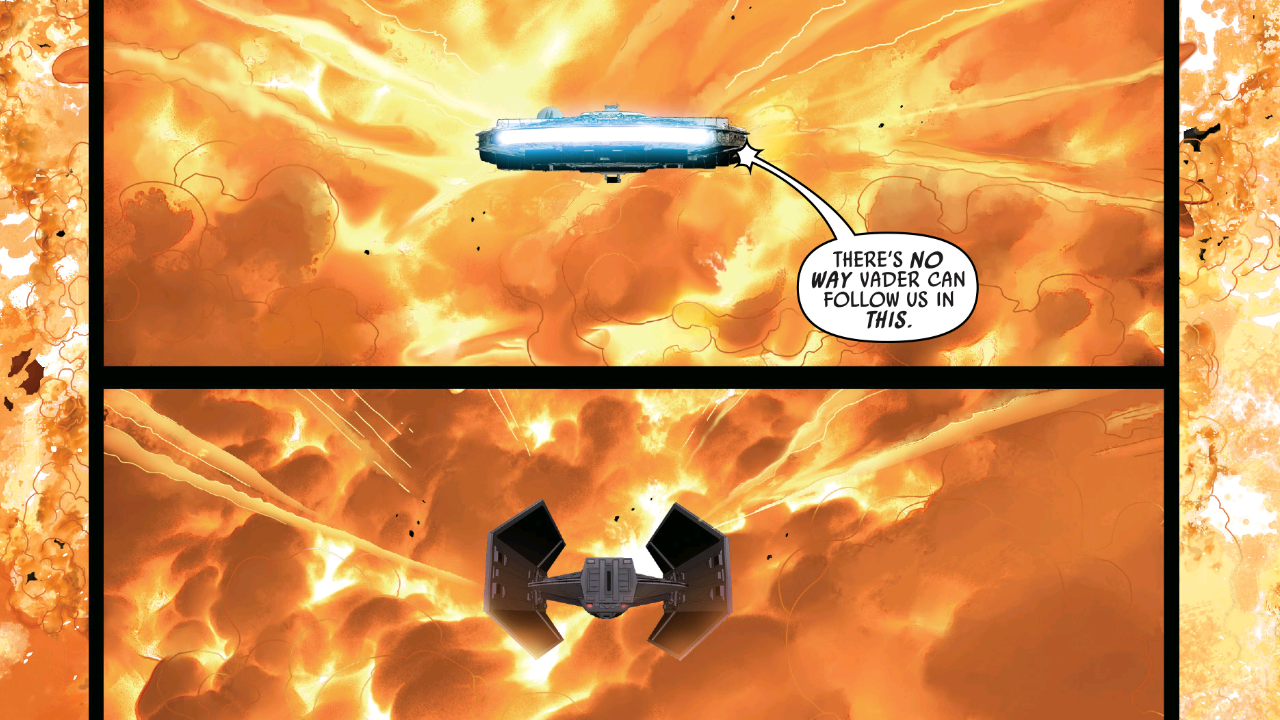 General Draven and Leia had discovered that the automatic sensors on the doors were still active and that if the pilots would just fly toward the doors, they would open on their own. With their communications down, it was up to Han to get close enough to relay that message to the pilots. However, before Han can accomplish the task, he has to shake a lone TIE Fighter off his tail. Unknown to Han initially, the fighter is piloted by Darth Vader himself, who is out for revenge on the smuggler-turned-Rebel hero. 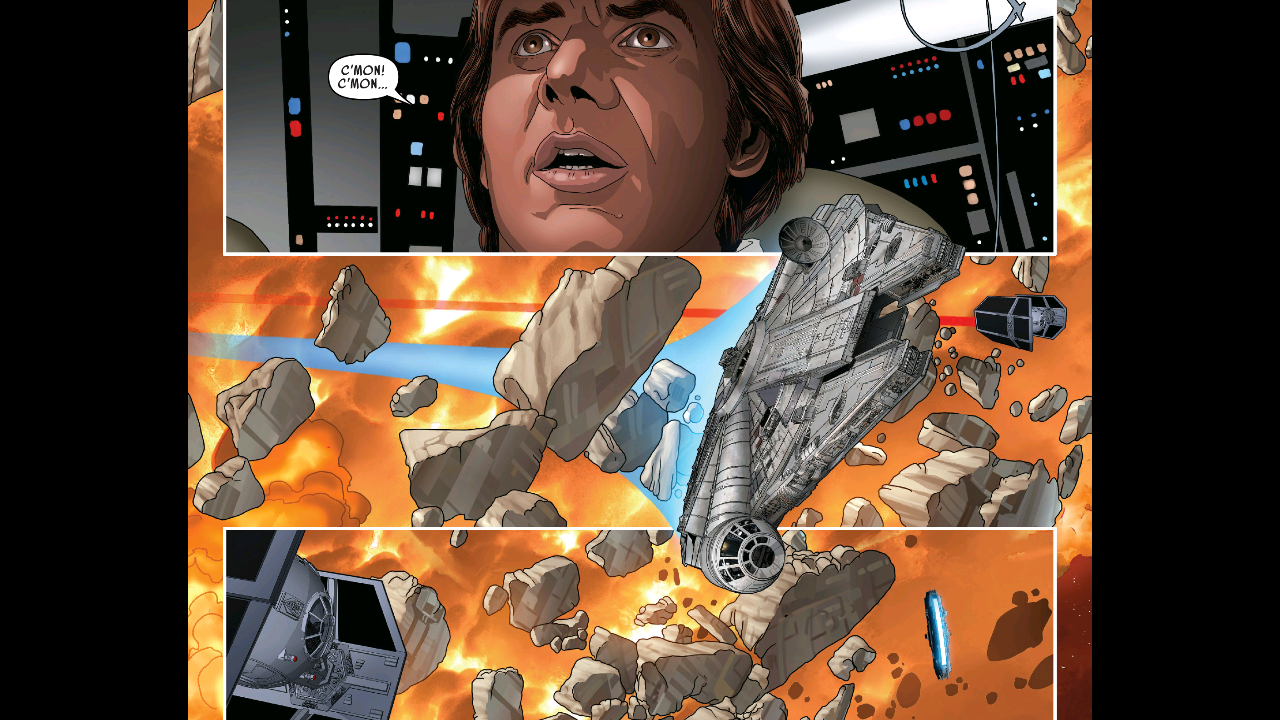 The majority of the issue focuses on Han trying to outmanuever Vader in the Millennium Falcon, but he quickly realizes that this is a job easier said than done. Vader is simply too skilled to be shaken off of his prey, but the old pirate still has a few tricks up his sleeve. When Vader’s missiles (originally intended for Solo) destroy a Rebel cruiser, Han uses the detritus of the ship to get a little distance from Sith Lord, buying enough time to launch C-3PO at Luke’s ship to deliver the message. 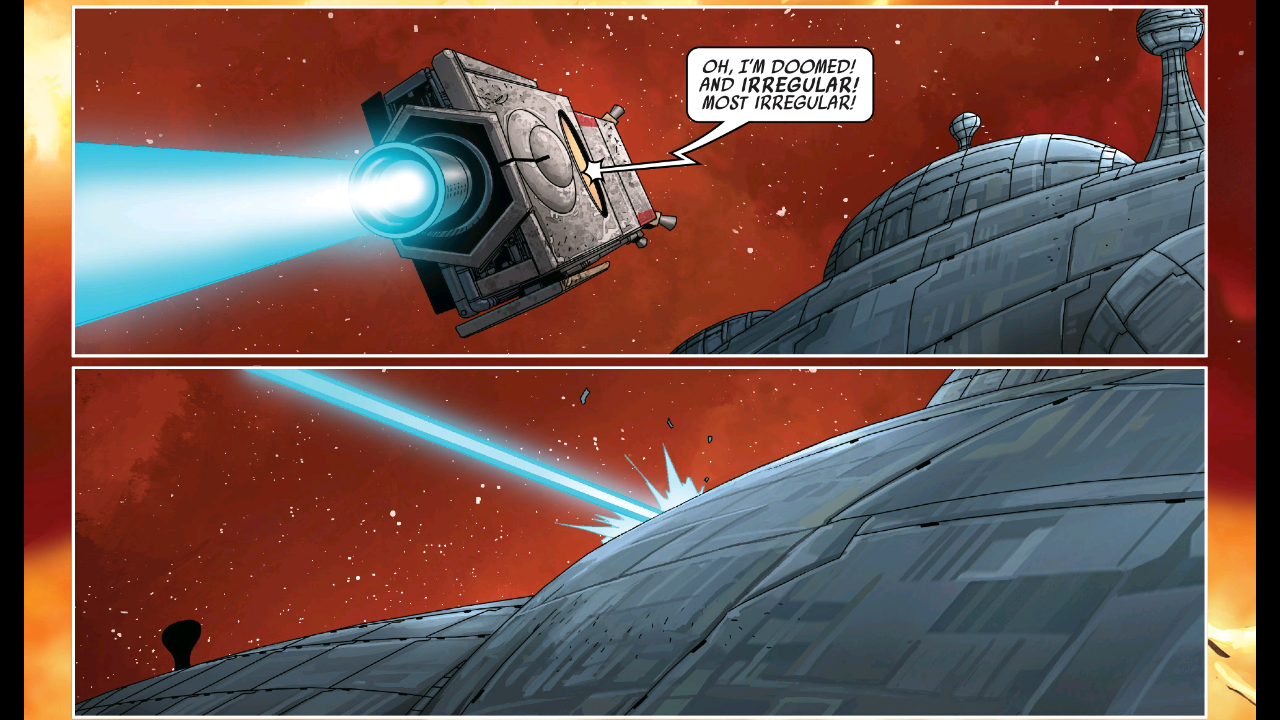 This part of the comic was a lot of fun, seeing the two best pilots in the galaxy going head to head at last. And while this doesn’t definitively answer the question of which man is the better pilot, it definitely reinforces what we already know about Vader’s skill in the cockpit and Han’s uncanny ability to think on his feet and take advantage of any opportunity that comes his way. 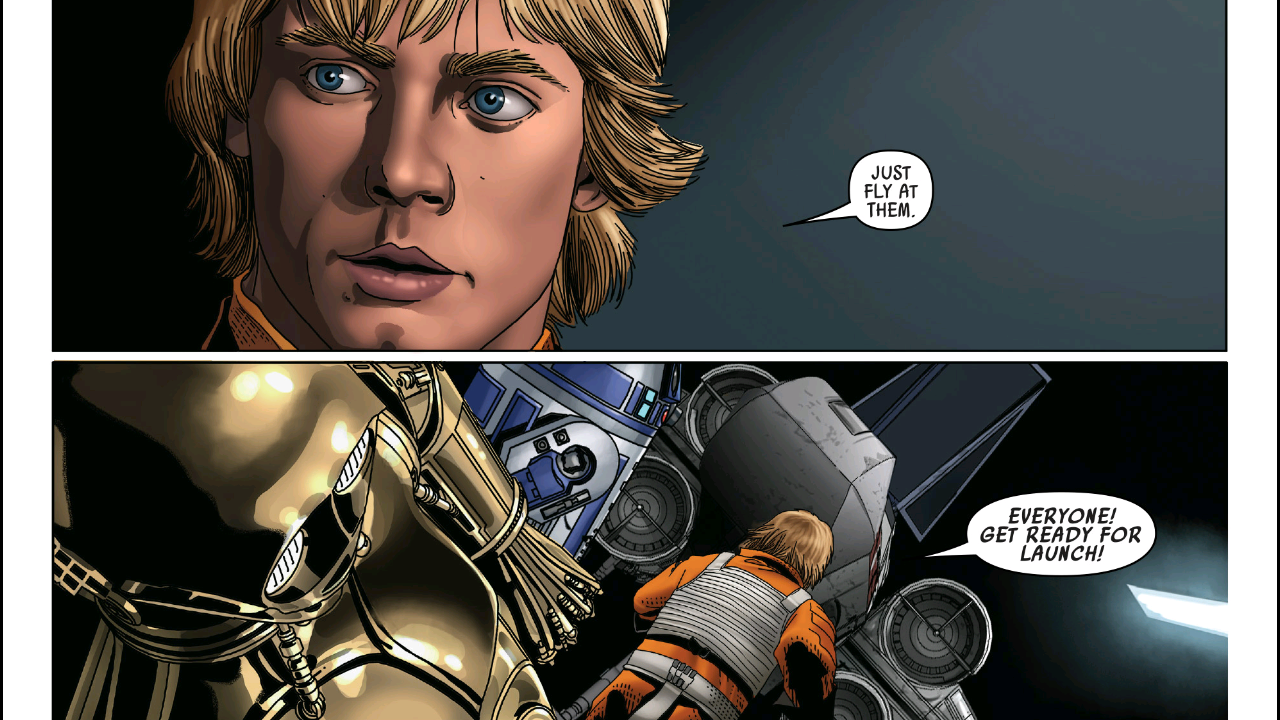 When things really start to heat up as a slew of TIEs set an attack pattern for the Rebels, Luke finally gets the message and hops in his X-Wing. General Dodonna orders Luke to stand down, unwilling to risk the pilots flying toward the doors without running tests, but Luke knows that it’s now or never and takes off from the deck in his X-Wing fighter. As Luke makes his way to the bay doors, he remarks that this must be what Jyn Erso felt like, going against orders to do what needed to be done. When the doors open, Luke calls the other pilots to form up on him, and Wedge acknowledges Luke as “flight leader” before asking about a call sign for their new team. Taking inspiration from Jyn Erso, he decides to go with “Rogue Squadron”. 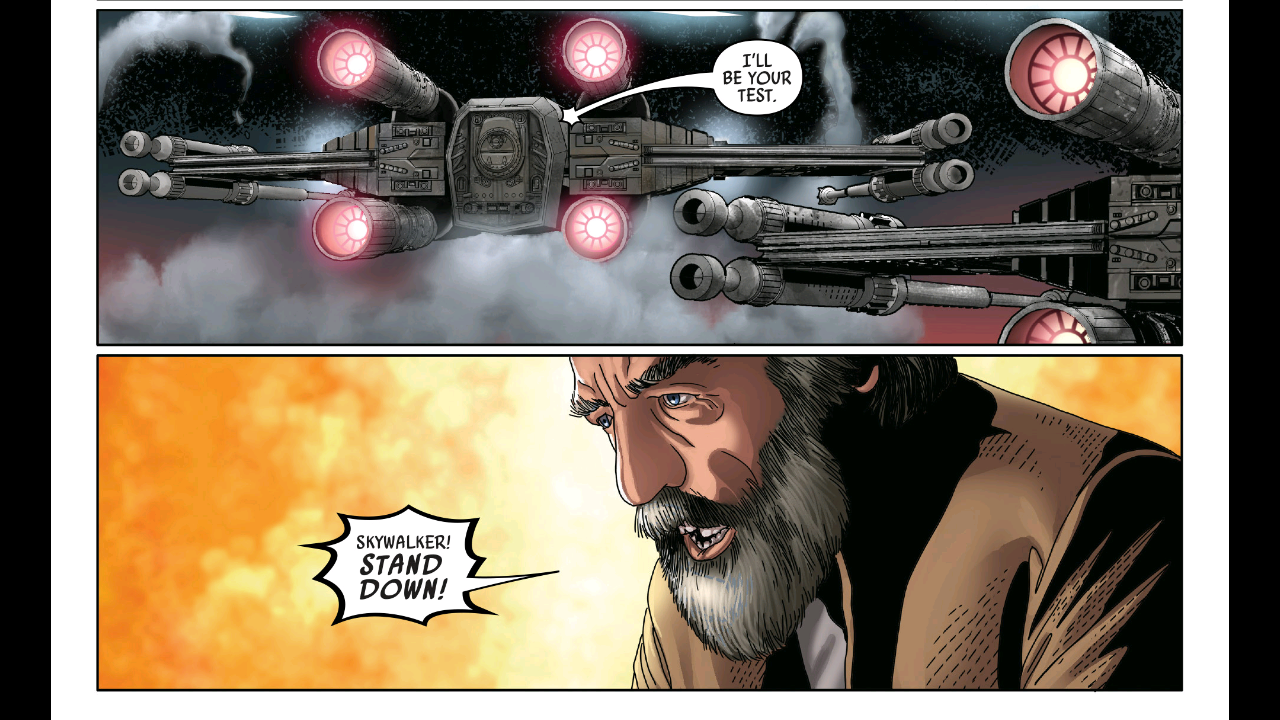 I thought this was a nice nod to the films, giving some background on the squadron from The Empire Strikes Back, while also paying homage to Rogue One. It’s little moments like this that bring a smile to my face when done the right way, and this was definitely one of those moments. Gillen has done a great job setting up the death of hope for the Rebellion in this arc, and now halfway through the story with a little bit of that hope restored, I have to wonder how long it’s going to be before all is once again stripped away. I get the feeling that things are not going to end well for the Rebellion in this story, as they will most likely end up tucking tail and escaping with what little resources they have left, a trip that will hopefully lead them to establish Echo Base on Hoth in the near future. 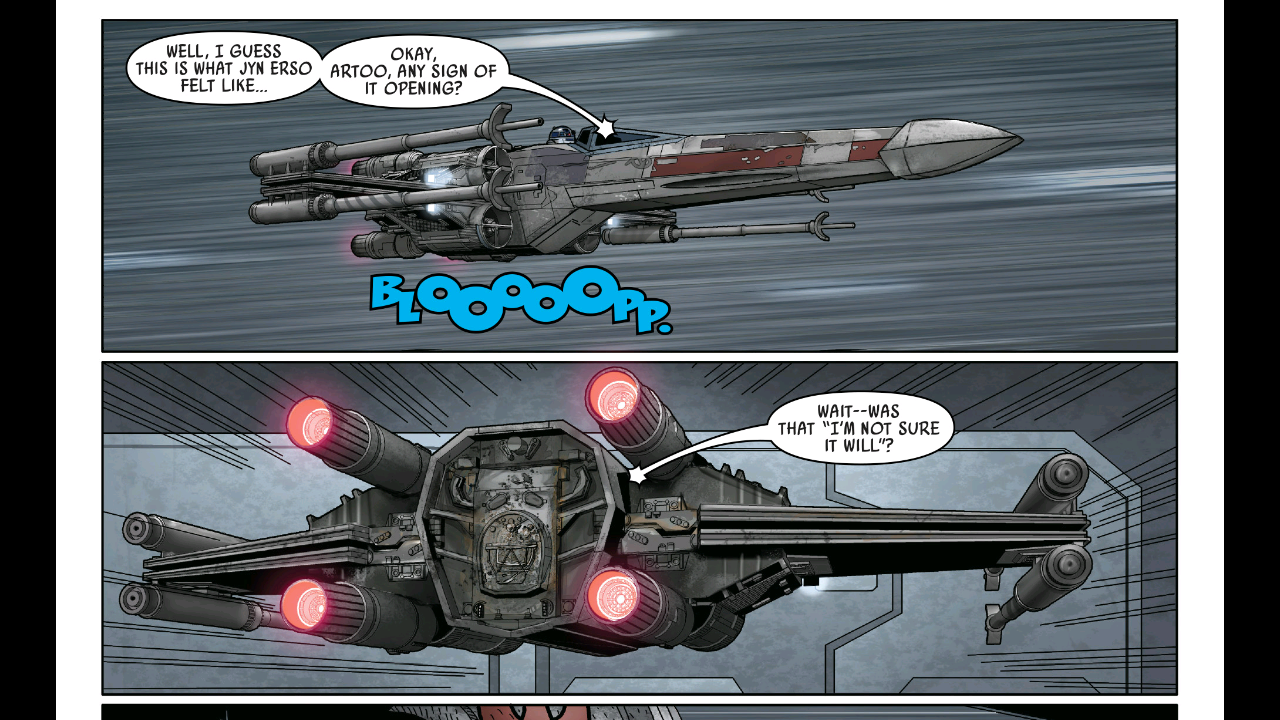 Larroca does a lot of what he does best in this issue as it focuses primarily on starship combat, and the colors from Guru-eFX are silky smooth as always (I don’t usually give them enough credit) with their sharp contrasts and brilliant color palette working together to bring the issue to vibrant life. I’m very much looking forward to seeing where the next few issues of the story take us, and I’m glad that Gillen is the one behind the wheel as we draw closer and closer to The Empire Strikes Back. 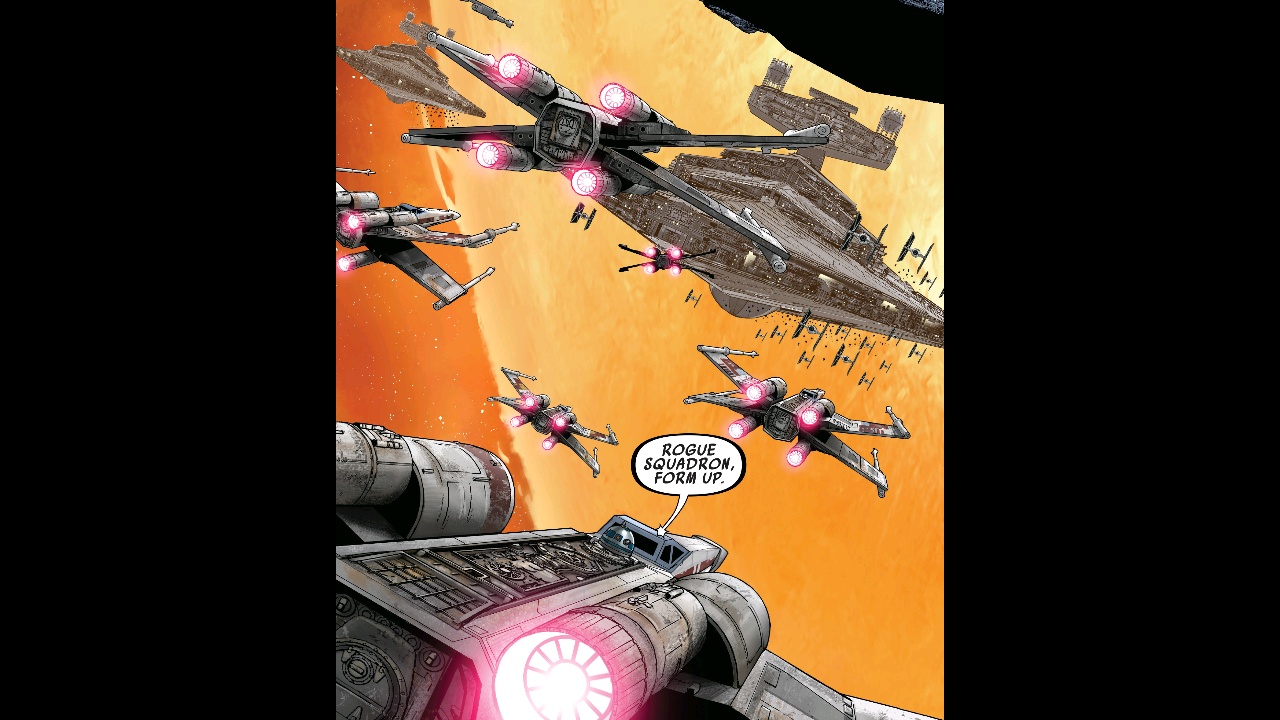 Star Wars #52 is available now in a comic shop near you or online at Comixology. Happy reading comic fans! 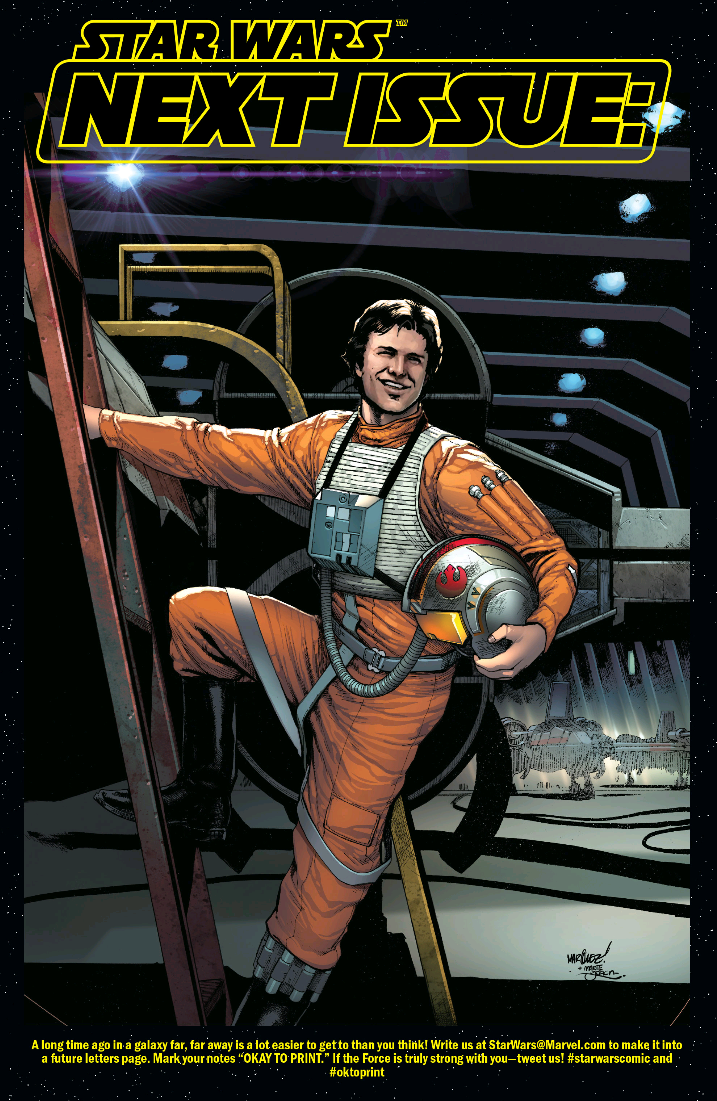 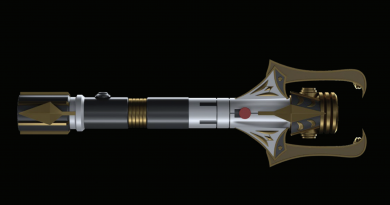 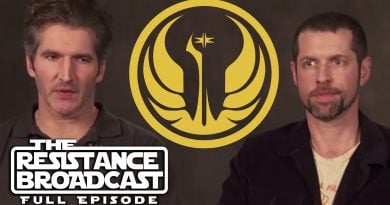 The Resistance Broadcast – Will Benioff and Weiss Take Star Wars to the Old Republic? 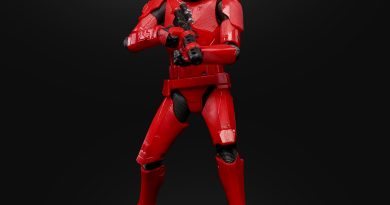