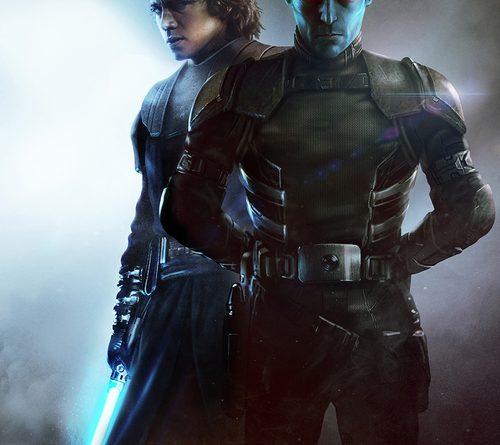 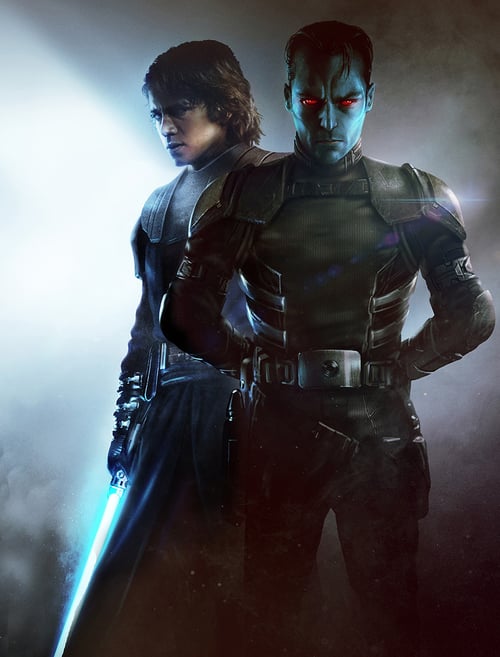 Thrawn: Alliances is Timothy Zahn’s second contribution to the new canon of Star Wars and additional deepening of his legendary character Mitth’raw’nuruodo or Thrawn for those of lesser lingual skills. Our own Kyle Larson has provided you last week with a non-spoiler review which you can read here.

This review will delve into the specifics of the story and the future implications not only for the character of Thrawn but also, possibly, for the future of Star Wars storytelling. Though I will try not to reveal every detail, this is your final warning that this review contains spoilers.

The story is revealed across two different timelines: one that begins right after Battle of Atollon (the end of third season of Star Wars: Rebels) and the other near the end of Clone War (Ahsoka has already left the Jedi Order). Each story has a mystery at its heart that, unsurprisingly, converge by the end of the novel. While they are resolved, thanks to Zahn’s mastery, they create a greater mystery that will leave you speculating for the foreseeable future.

In the first timeline, Emperor Palpatine has sensed a disturbance in the Force at the edge of the Unknown Regions. Thrawn and Vader need to find it and resolve it. It is a test of Thrawn’s loyalty and Vader’ lingering connection to the Jedi. Palpatine, of course, knows that the two men have met there before and senses the baggage they carry. In the second timeline, Padmé Amidala has disappeared while looking for her handmaiden Duja, who uncovered something crucial for the ongoing war. Anakin goes looking for her and encounters Commander Mitth’raw’nuruodo of the Chiss Ascendancy, who is observing conflict between the Republic and the Separatists. As each man is alone and without backup, Thrawn suggests cooperation to their mutual benefit. 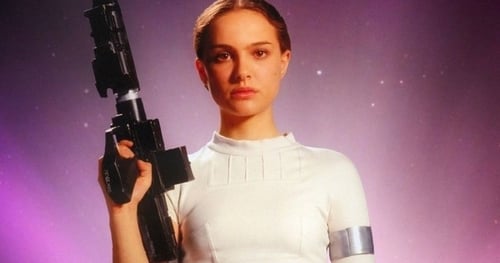 This part of the story is more straightforward. Once the men land on Batuu, it takes only a short time and some spilled blood (including theirs) to find out that Separatists are involved and Padmé had left the planet following their trail to planet Mokivj. Nothing illustrates better the men’s differences that arise from this moment on than this exchange:

“This is no longer merely a search for a missing ambassador,” Thrawn said. “It’s become an important part of your Clone War. Remember that victory is the goal.”

Anakin‘s mission is personal, while Thrawn sees the bigger picture. Luckily for Anakin, Padmé isn’t a woman who simply sits and waits rescue. After escaping the attack of vulture droids on Mokivj, she encounters the three locals who she first convinces not to turn her to the Separatists and then to help her. She uses the entire spectrum of her abilities to achieve her goal. While the three brothers work for the Separatists (led by duke Solha of Serenno), not even they know what is produced in the retrofitted factory. Eventually, our three protagonists find each other and uncover the sinister Separatist plan: they have found the way to make the droids impervious to energy weapons, including lightsasbers. Once these droids see the battlefield, the Republic will lose the war. Not only that, the Separatists applied the same material – cortosis – to clone trooper armor, leading Anakin to believe that they are planning infiltration. It takes all three of them to thwart Separatists’ plan through subterfuge and destruction. But that isn’t enough for Anakin; he also wishes to destroy the cortosis mine in hope to bring long war to its end. While Thrawn advises caution and suggests that the armor might be used for something else and while Padmé pleads, there’s no stopping Anakin. The explosion in the mine starts a chain reaction which practically destroys living conditions on the planet. The Jedi is left with yet another burden of collateral damage.

In the current timeline, the mission encounters problems from the start. Chimera is affected by unseen forces and repeatedly pulled out of the hyperspace slowing down their progress. Additionally, the two mission leaders are at odds. Not only that Vader despises Thrawn’s failure to completely destroy the Rebels on Atollon, but we see the clash of two types of leadership. Vader’s men respect him mostly out of the fear. Thrawn’s crew is fiercely loyal to their leader because he fosters betterment. Vader’s orders are never questioned, while Thrawn invites it and never misses the teaching opportunity. It’s not that Chimera crew isn’t aware of Thrawn’s capacity for cruelty; they respect him in spite of it. And so the crews are at odds as well creating additional tensions. 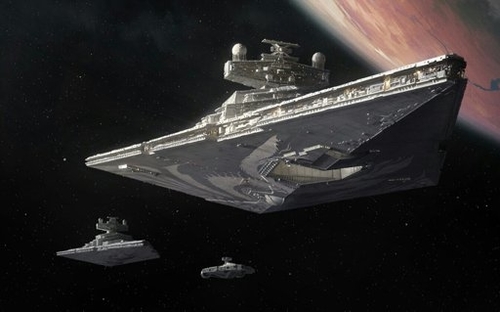 Once again returning to the sight of their first encounter, Vader and Thrawn have to work together as they are attacked by new alien arrivals to Batuu. The attack is only distraction to help attackers retrieve the secret cargo which Vader believes to be the Emperor’s disturbance in the Force. But, the hidden enemy is the force behind them, another alien species – Grysk – who have ambitions of galactic dominance. But, as Thrawn speaks of them in terms of stories and myths, it is clear to Vader that Thrawn knows much more. In one of the crucial moments of the novel, Thrawn asks for Vader’s trust – just as Anakin asked Thrawn in the past.

Thanks to Thrawn’s ingenuity, the Imperials are able to detect the reason hyperlanes are impassable. The Grysk had created gravity projectors that can be cloaked and undetectable. They were also using Mokivj’s moons as additional obstacles. Returning to the scene of the past triumph and failure, Vader uncovers precious Grysk cargo, one of Thrawn’s secrets and Emperor’s disturbance in the Force: Force sensitive Chiss children – little girls – who have a gift of precognition. Chiss use them to find their routes through hyperspace and Grysk were using them to find passage to the Empire. Not all the children are recovered and once again Thrawn needs to ask for Sith’s trust. Vader sees no value in pursuing Thrawn’s goals, until Thrawn promises that he would provide the proof that Grysk represent the threat to the Empire. 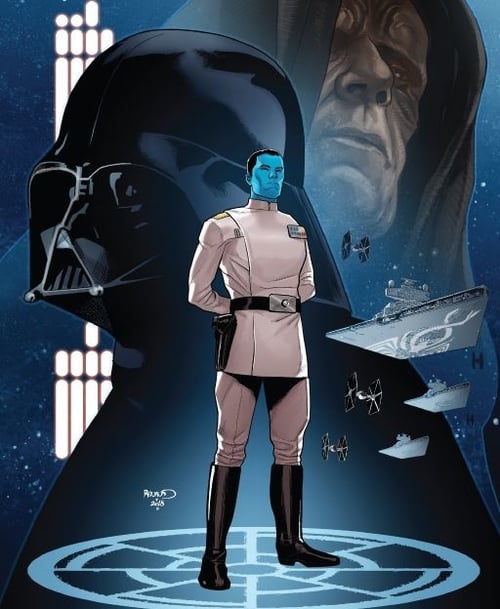 In the end, Thrawn reveals the proof – the insides of gravity projectors is made of cortosis. During the Clone War, the Grysk provided Dooku with the taste of victory hoping to obtain his servitude. But, Dooku surprised them (in fact, Palpatine) and prevented their particular brand of dominance. They exploit weaknesses of local species (like abduction of Chiss children) and use them to infiltrate small ship groups over a large area instead of massive conquest.

“I believe now they are ready to make their move, and that the purpose of sealing off the region around Batuu is to discourage Imperial travel there while they take their final steps toward learning how to manipulate humans the way they have the Darshi and the Chiss.”

By announcing his presence to the Grysk, Thrawn had given them another, closer target – his own people – thus buying time for the Empire to prepare for the future conquest and earning, finally, Vader’s trust, at least, as much as Sith is capable of giving it.

There is so much to unpack in this novel that one simple review cannot cover it all, which is why I will skip detailing Zahn’s interesting portrayal of the Force, some supporting characters or humor he uses to brighten even the most suspenseful moments and urge you to dive in the novel yourself. However, I will give you a few highlights and speculations. Zahn wields his characters with mastery. He captures both Anakin’s courage and insecurities as well as Vader’s deepest pains (“Trust. So little experience…”) and confidence. The contrast between loyal but doubtful Anakin and Vader who, at this time, hadn’t faced a major defeat couldn’t be greater. For him Anakin isn’t even a person; he calls him “The Jedi” completely separating himself from his past. The cracks in Anakin’s armor are already showing, not even Padmé is able to change his mind once it is set on something, foreshadowing the painful future.

The stories of two missions mirror each other in number of surprising ways. While the first one is personal for Anakin, the other becomes personal for Thrawn. While during the Clone War, he was somewhat objective observer (“The Separatists wished to leave the Republic. Why didn’t you simply allow them to go?”) and Anakin had a laser vision, it is Thrawn’s drive and belief that he could serve two masters successfully that drive Vader insane. If there was ever any doubt in Thrawn’s courage, facing Vader as equal when they both know Thrawn is keeping secrets and it would only take one twist of Vader’s mind to end his life takes, permit me a moment of crudeness, big blue cojones. He commands almost any situation with skill and intelligence and his tactical mastery is only surpassed by his arrogance (though I am sure he wouldn’t see it that way), but Zahn manages to give the cold-blooded tactical genius even some emotional depth and humor. Still, after reading the novel, I can’t help seeing Thrawn as a tragic figure. His divided loyalties create a vicious cycle that offers no escape: he serves the Empire hoping to help the Chiss, sacrifices the Chiss to prove his loyalty to the Empire, serves the Empire in hope he could one day help his people…

Which brings me to the Grysk who already may have had their claws in the Chiss Ascendancy and their sight on humans during the Emperor’s rule. Could it be that they have found easier targets to quietly subjugate or, at least, study when the humans came to them? And could Imperial remnant which became the First Order gained a dubious help from these aliens? Aliens who do not overwhelm with their numbers like Yuuzhan Vong but quietly subjugate system by system? Do they already have a foothold in the known galaxy? And speaking of the future, could Thrawn and Ezra be carried away from one civil war only to find themselves in another? Could Eli Vanto? The possibilities are infinite and speculations can go wild. 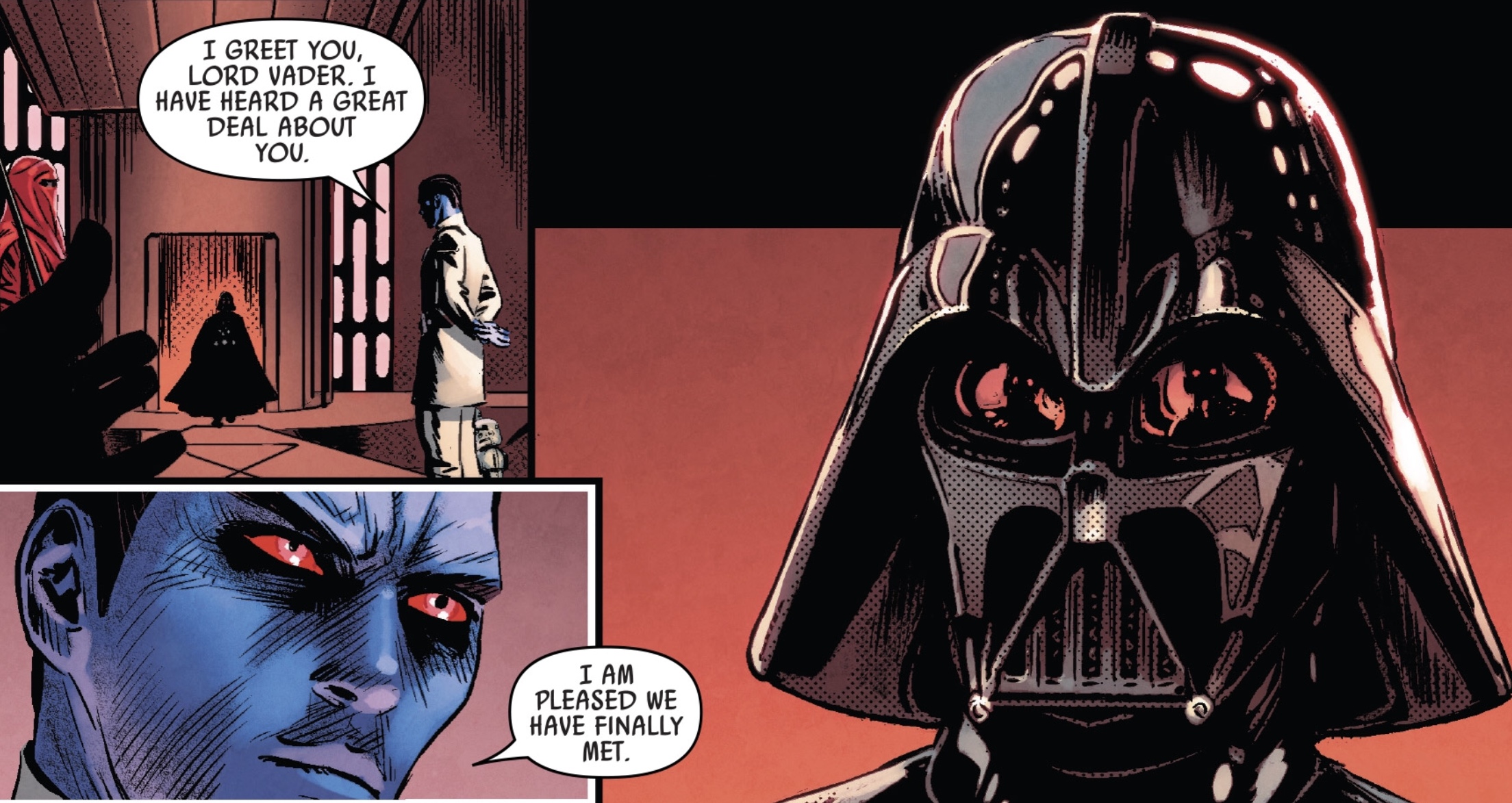 I am one of those people who immensely enjoyed the first Zahn’s novel, because I liked being in Thrawn’s head. I can also understand why Thrawn wasn’t for everyone due to its episodic nature. Thrawn: Alliances though should satisfy even wider group of fans since it moves at impressive pace while never sacrificing the characters and it covers two separate timelines. It is clear that Zahn had a lot of fun writing this book and I believe you will have fun reading it.

As I cannot cover everything from this book, Alex Damon from Star Star Wars Explained did a bit of heavy lifting though there is still a lot of riches to be found in the book.

Thrawn: Alliances is highly recommended to every Star Wars fan from Hosnian System to Unknown Regions… 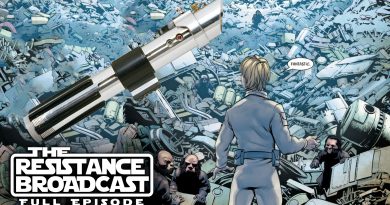 The Resistance Broadcast – The Skywalker Lightsaber Is a Piece of Garbage 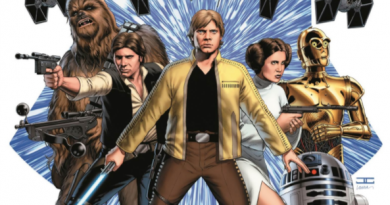 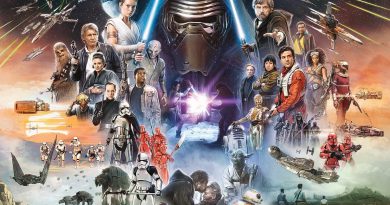