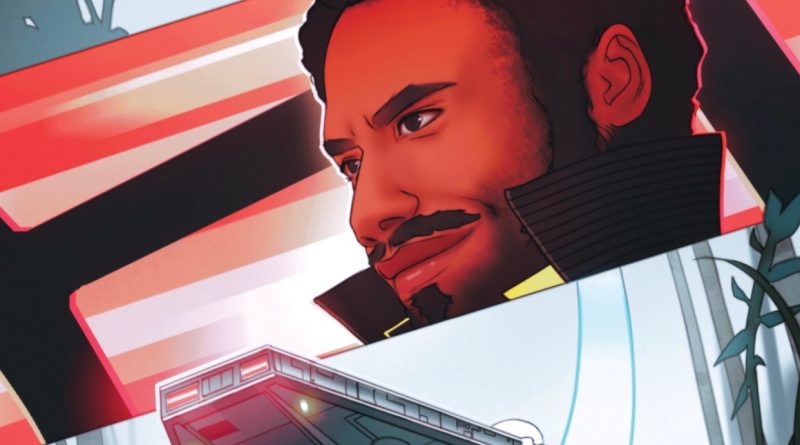 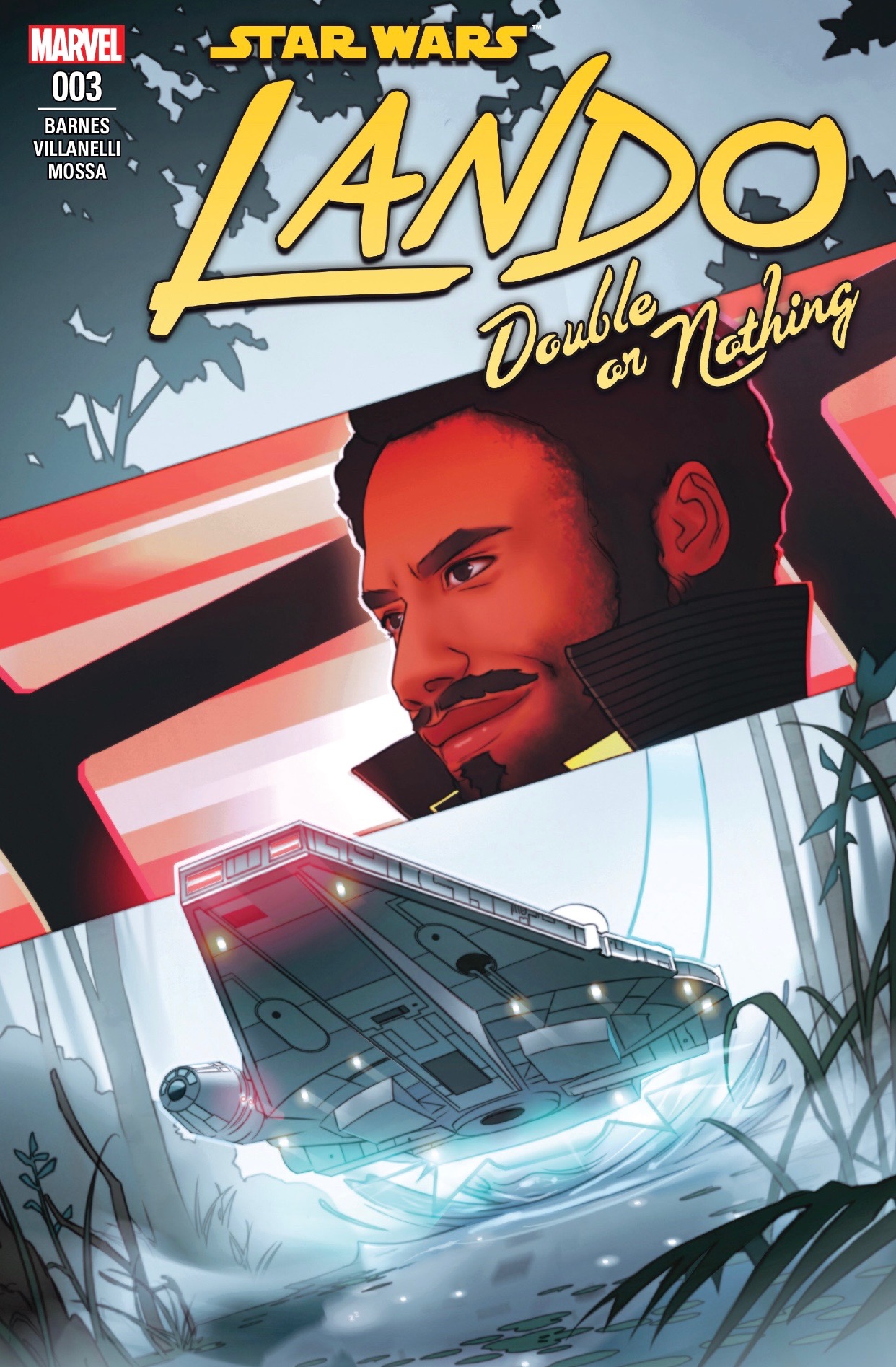 If you’re like me, after last week’s announcement of Solo: A Star Wars Story having an arrival date to digital and home release, you’d like it now. Unfortunately, we don’t live in a world where a digital copy or 4K is redeemable the moment you walk out of the theater (yet). That’s okay though, because we have this great Lando series from Rodney Barnes that I’m confident will tide over anyone who enjoyed Solo. This third issue picks up right in the midst of the charming scoundrel’s contracted liberation of an oppressed people in an Imperial penal colony. As you might guess, things aren’t going exactly as planned. 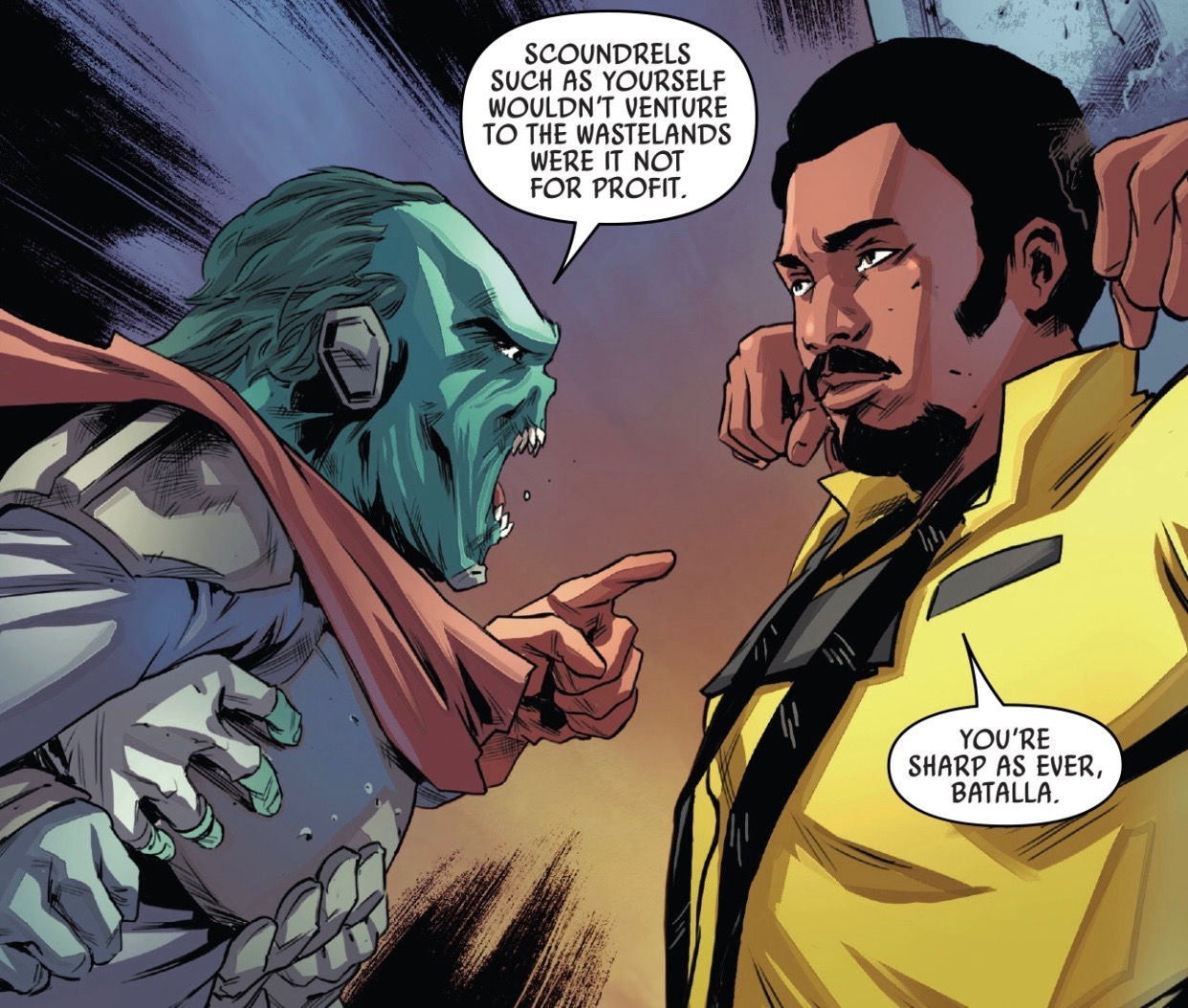 At the end of the last issue, Lando found himself locked up after being attacked on the surface of the desolate planet Kullgroon. Of course, Lando has a history with his captors, and one that involves him conning them and their gangster friends out of a lot of credits. Batalla wants to know what Lando’s up to, but the captain of the Millennium Falcon is not giving up his reasons. I’d say this is a great example of the silver lining that is Lando’s morality, because he knows Batalla would probably sell out him and Kristiss – the person who hired him to help free her imprisoned people, the Petrusians – to the Imperial garrison. Batalla promises that he’s going to contact some of Lando’s old enemies and let them know where they can find him. This should get interesting. 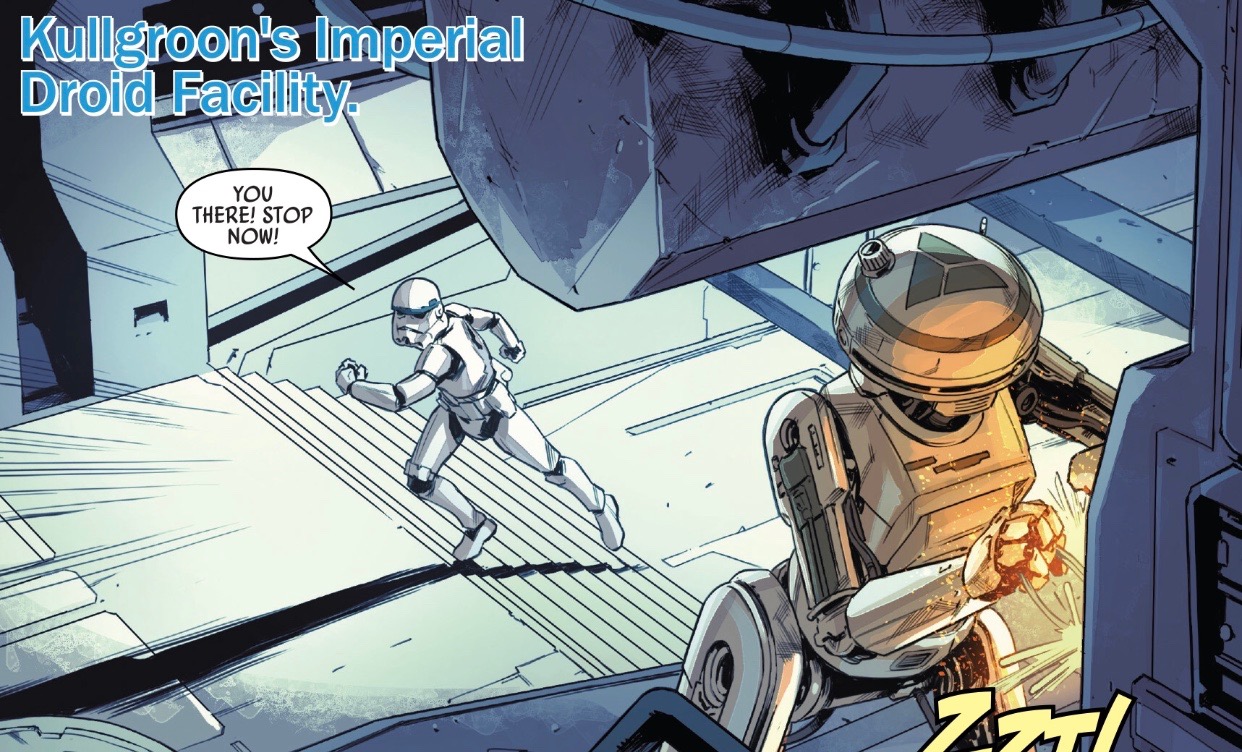 Meanwhile, Elthree has made it deep into the Imperial Droid Facility and is going to town on liberating her species. I know that Phoebe Waller-Bridge delivered a performance that was somewhere between mild-comic relief and the conscience of Calrissian, but I love the nobility in her act to save her species. It’s given me a new perspective when I see droids toiling in the background of Star Wars films or other mediums that these are sentient beings and deserve the same freedoms as the rest of the other species in the galaxy. I won’t go on too much of a tangent about that, but it’s just refreshing to see that new characters being introduced manage to change my perspective on the universe I’ve been taking in since I was a child. Elthree is certainly a great, well-realized character and she’s another big reason I hope we get more Lando or more stories set in this time period that involve her. In the midst of her liberation, the Empire is on to her, but they aren’t exactly sure what she’s done since she manages to escape before the bucket head can get to her. 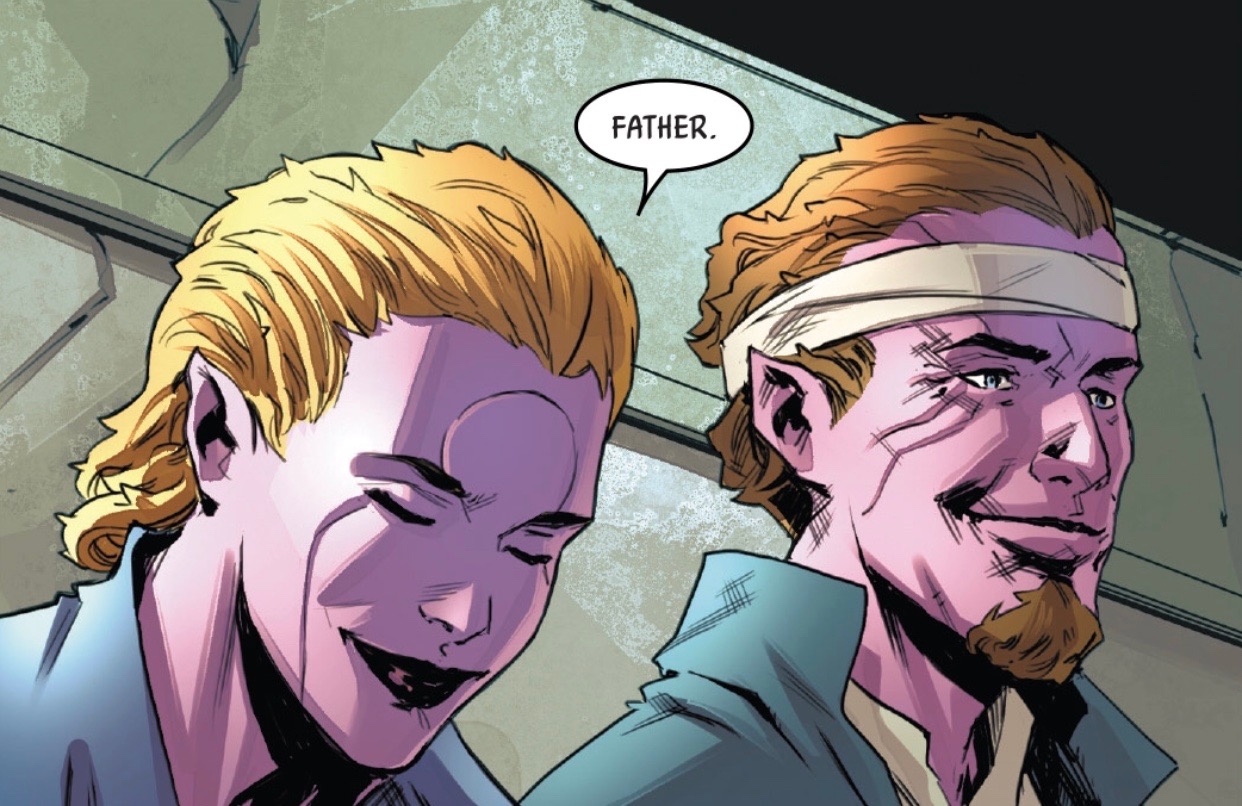 Kristiss has also managed to embed herself in the Empire’s operations. She’s found her father and now it’s time to figure out a plan getting him and the rest of the Pertusians and Imperial prisoners free. The biggest hinderance to that is the trouble Lando is in now, which Kristiss isn’t really aware of. This is going to be a lot more difficult than anyone suspected, not that breaking out of an Imperial facility should be a cakewalk. Kristiss informs her father that she’s hired Lando and he lets her know a guard rotation is about to happen, which will be their best chance to take out some stormtroopers and escape. Kristiss agrees and says all they have to do is count on Lando. Only thing is…

Lando’s locked up in a cell and his captors are actually sending a medical droid to attend to him. I guess they want him in the best health when his enemies arrive so they can plan the maximum agony for whatever fate awaits him. Lando decides to play along and starts to fake an infection to get the droid to unlock and enter the cell.

I guess Lando’s view on droid rights and sentient being status is still evolving. To be fair, I could see him taking out an organic being just as quickly as a droid, but Elthree is not going to be happy about it. He doesn’t actually kill the droid, so I can’t take too much issue with it, despite my new regard for droid rights in the Star Wars Universe. Lando contacts Elthree using the communication relay he ripped from the medical droid’s body.

After a debate with Elthree on the points I listed above, she agrees to come get him, but warns that flying the Falcon at this point will draw Imperial attention. Lando doesn’t have a lot of options left and he’s got to realize the Petrusians are counting on him. Though he won’t admit it, he’s got an obligation, and saving them is most likely on his mind, but maybe not as much as saving himself. That’s just where Lando’s at, and he wouldn’t be as compelling if he were already a hero of the Rebel Alliance.

Lando doesn’t make it to far before his captors reclaim their prize. Oh, and Crimson Dawn is apparently on the way. Yes, my heart is pumping too that we are going to get a closer look at that Maul cameo, but also the possibility of Qi’ra showing up. That’s another reason I’d love this series to be ongoing: learning about the criminal underworld through the eyes of one of it’s more morally morphing characters. Lando would be a great guide and I’m among the many fans who would love the characters and settings introduced in Solo to be explored. That said, sounds like Crimson Dawn incoming, in this issue at least.

It turns out the grand escape is not going to be as grand as Kristiss and her father hoped. The Petrusians have been worn down by the Empire mentally and most of them are just trying to stay alive. Her father laments that this is the most devastating part of the Empire’s oppression – the psychological defeat. The Petrusians have seen their lives destroyed and their survival of that destruction has ruined their self-worth in the galaxy. The Empire has dominated them so completely that most have resigned themselves to toiling away in the penal colony. This is the ugly side of colonization we don’t often see in Star Wars, and it’s great writer Rodney Barnes touched on this aspect. This doesn’t discourage Kristiss and her father, as they are still determined to free what is left of their people. 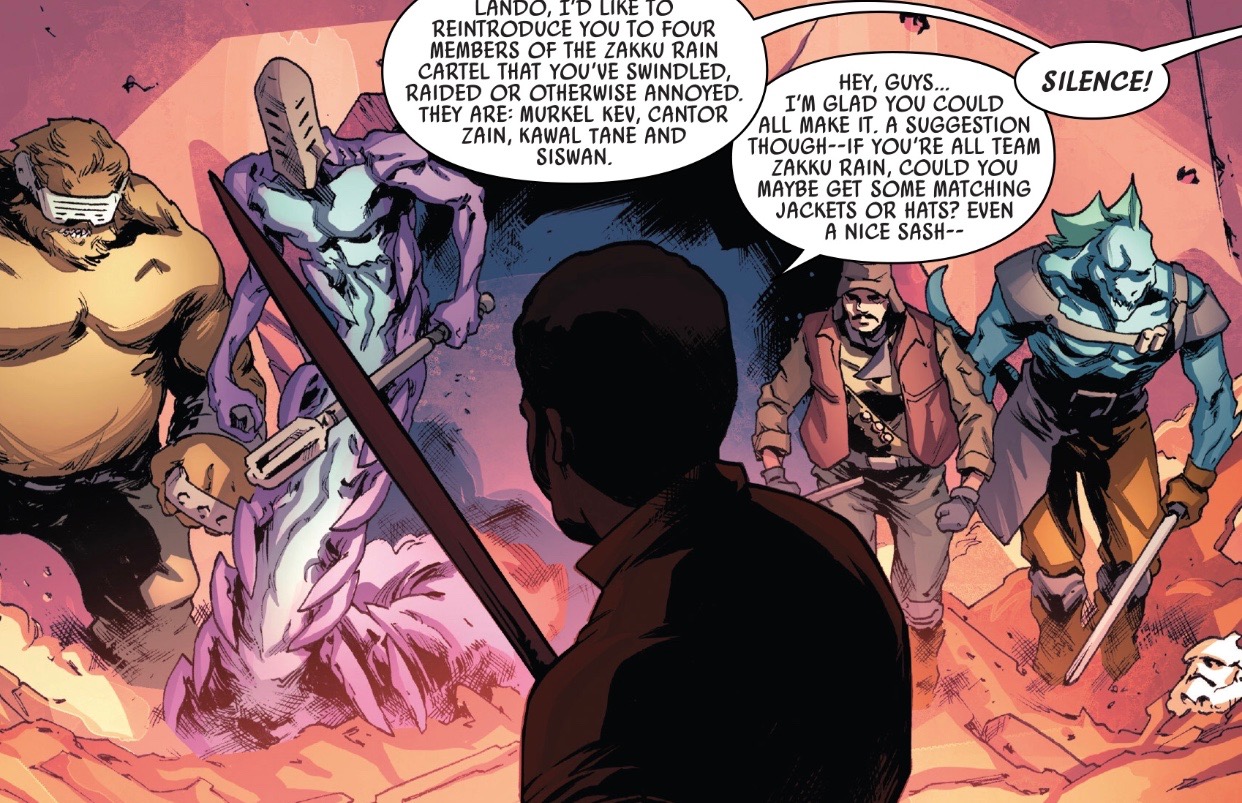 Well, it’s not Maul, but I’ll take the Zakku Rain Cartel! An appendage organization of Crimson Dawn, these lovelies are here to claim retribution for Lando ripping them off. Their revenge is to be a gladiator style death, where they all get the opportunity to hack off their own piece of Calrissian. The only thing he gets to fend them off is a rusty sword. I wonder how he’ll do. 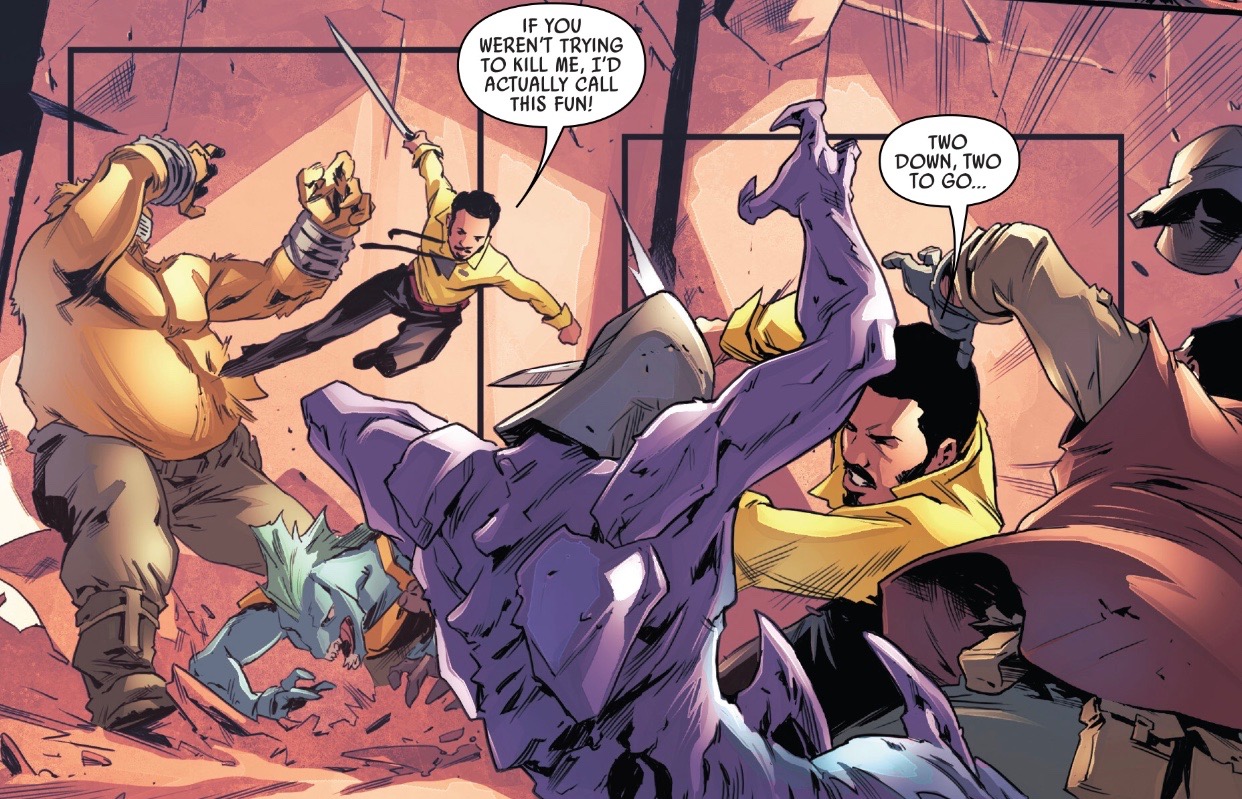 Of course, he does just fine, and in the knick of time, Elthree shows up with the Falcon. Lando jumps aboard and they are off! The art in this series continues to be top notch, with great work by Paolo Vallanelli and Andres Mossa. Nice to see Lando’s got some skills with a blade! 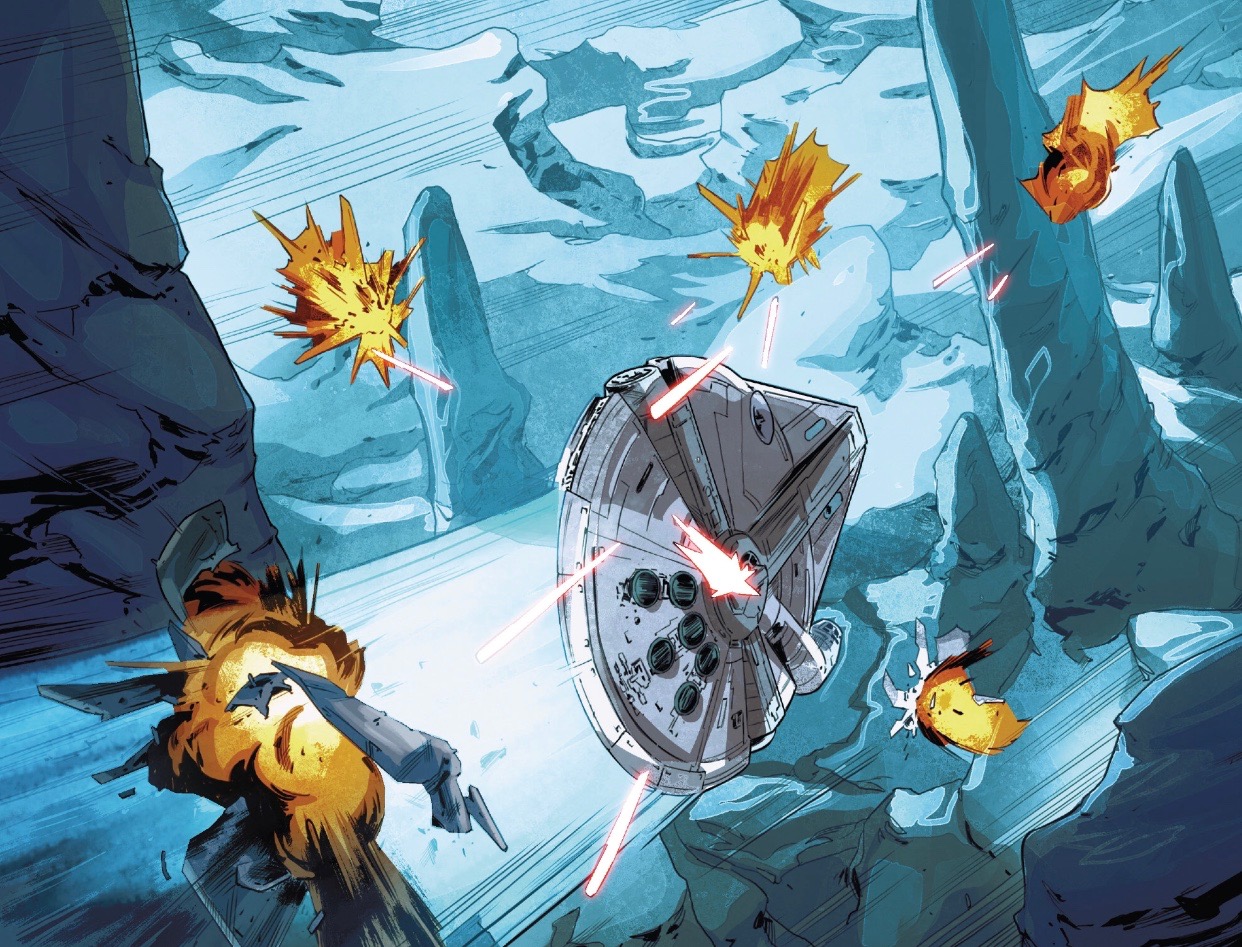 Love this frame of the Falcon! Lando and Elthree traverse a hostile Kulgroon surface. As they dodge rogue blaster bolts from the criminals and large, indigenous life looking for it’s next meal, Lando and Elthree try to figure out how to get Kristiss and her people off the planet. They contact Kristiss, who is still putting together a strategy. As they talk, a new element of danger enters the escape. 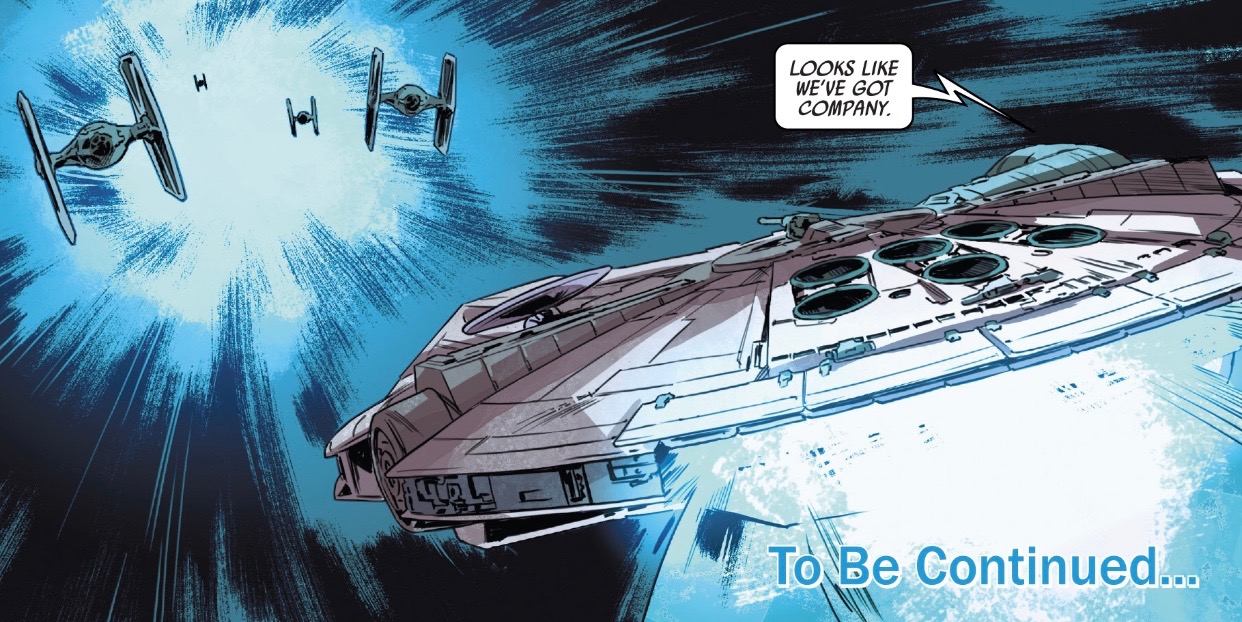 Well, this should get interesting.

Another great issue in a great series. Writer Rodney Barnes continues to deliver the goods and I look forward to each new issue. As I’ve said before, this is a must-read for fans of Lando, and Star Wars fans are missing out if they are skipping over this. You’ll have a lot of fun reading these and it’s a great way to enrich your next viewing of Solo. Get these in your collection – and Marvel, you can go ahead and just make this an ongoing series and I bet we’d all be just fine with that. 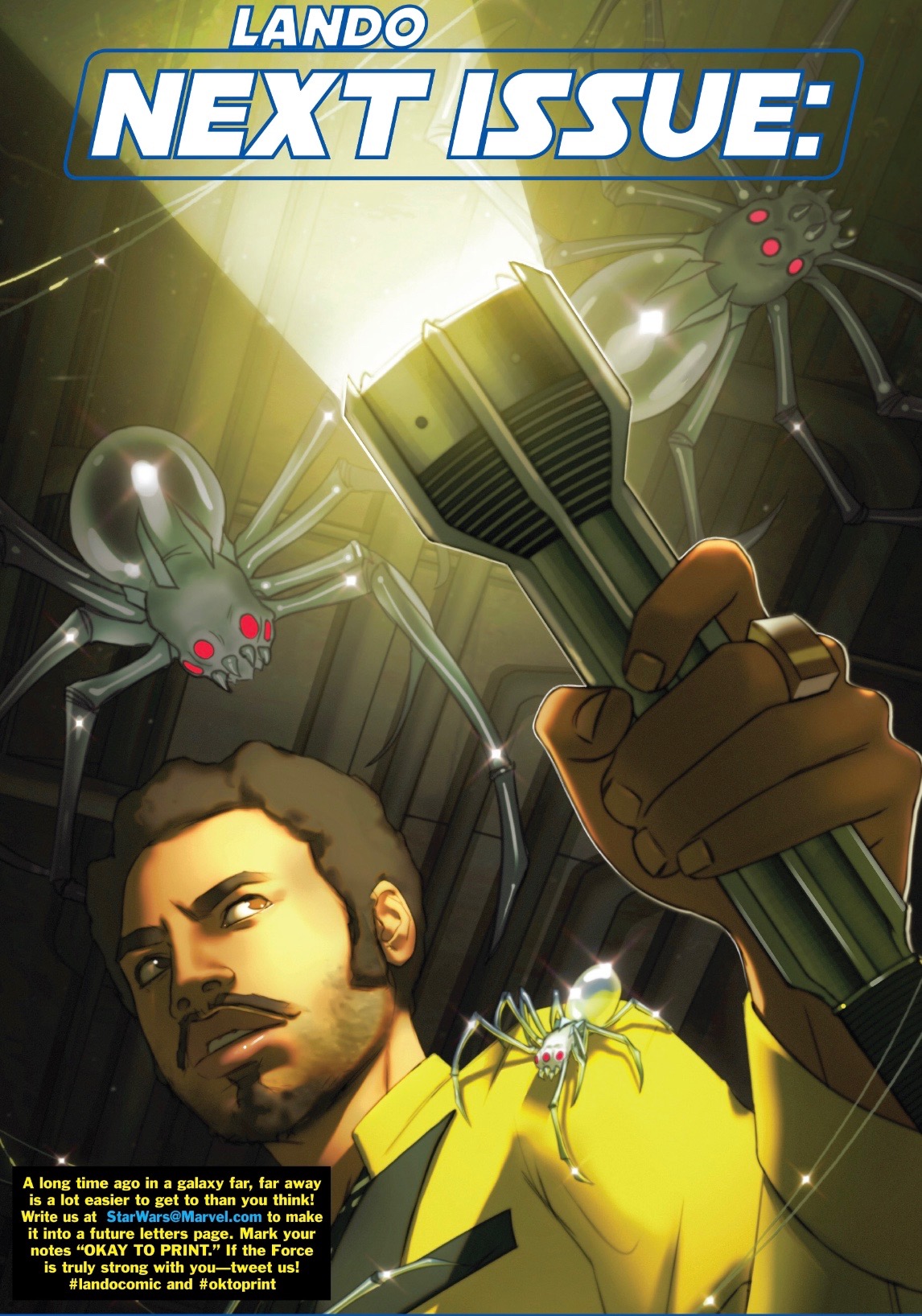 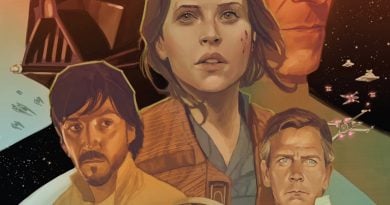 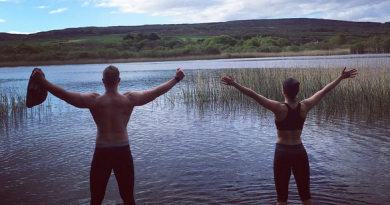