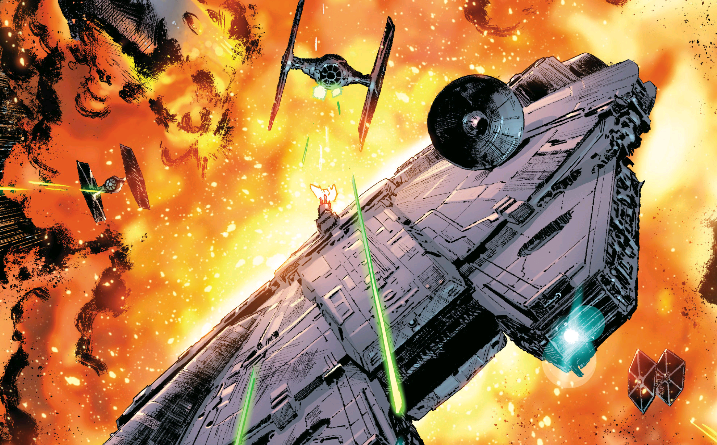 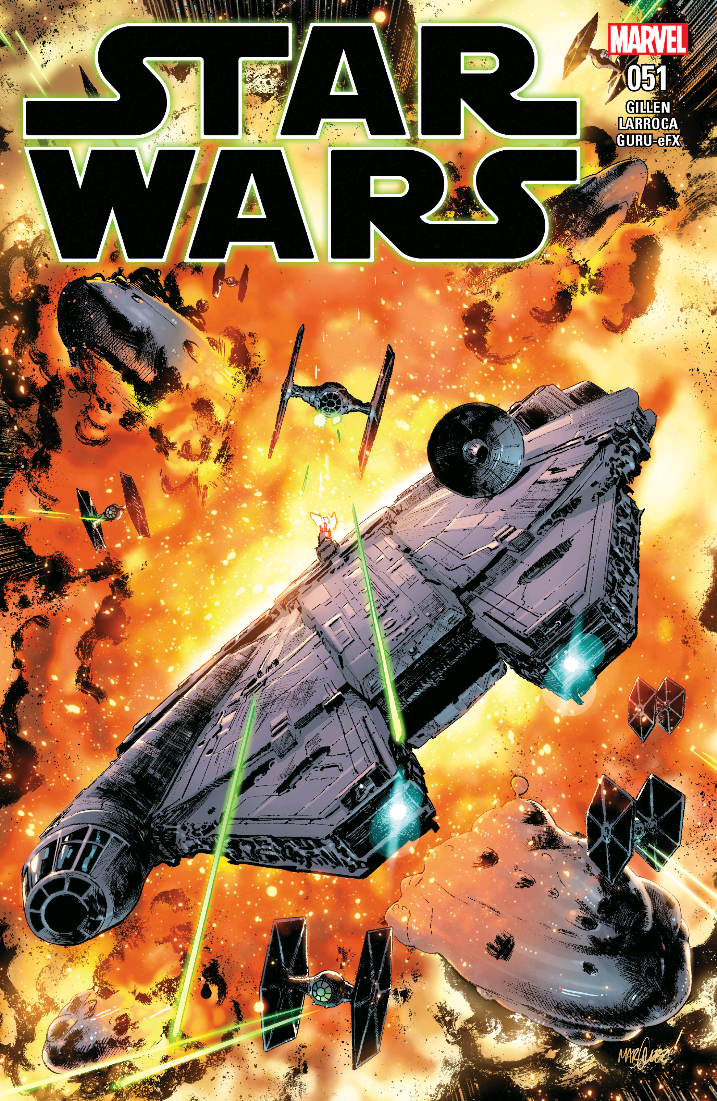 After an explosive anniversary issue a couple of weeks ago, writer Kieron Gillen and artist Salvador Larroca bring us the second part of an all-new story arc in the titular Star Wars comic series. Hope for the Rebellion continues its slow and painful decline as the entire rebel fleet faces utter destruction at the black-gloved hands of Darth Vader. Having been betrayed by her ally Queen Trios of Shu-Torun, Leia sets out to stop the traitor while the other Rebel leaders scramble to give themselves a fighting chance against the Imperial onslaught. Spoilers ahead… 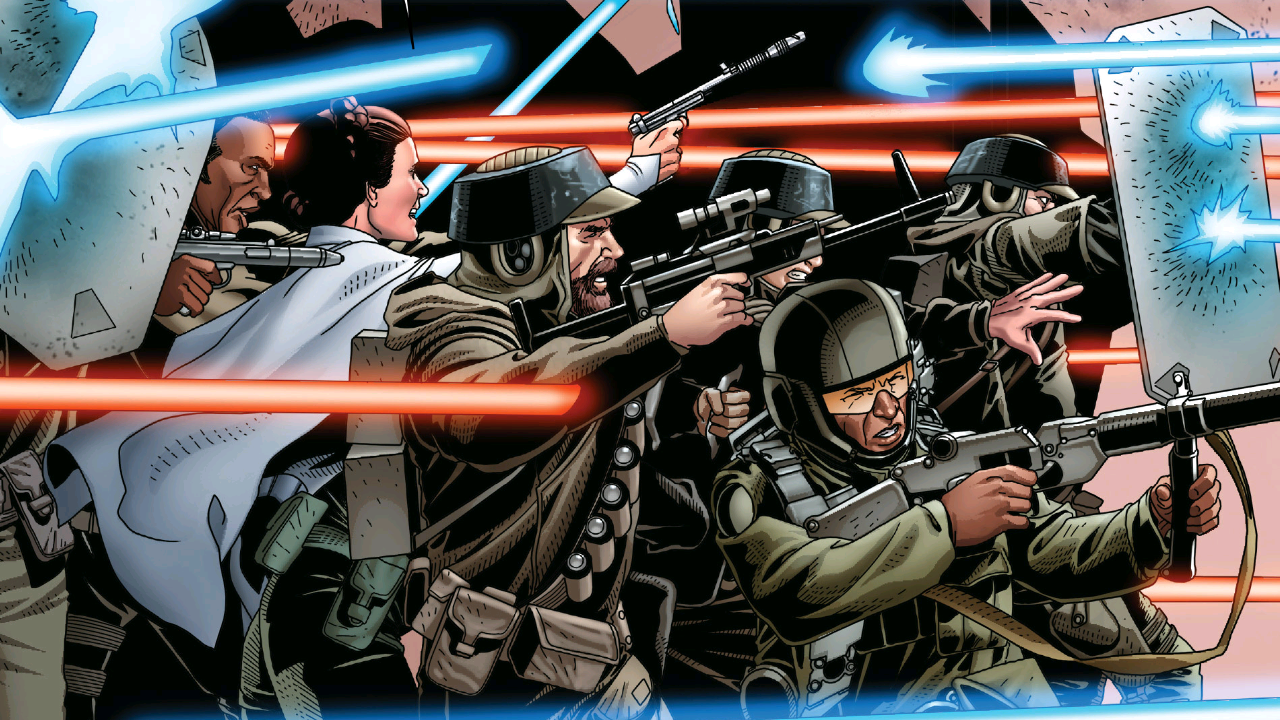 In issue #50, we discovered that Trios’ sympathy toward the Rebellion was, in fact, all a ruse – entirely orchestrated by none other than Vader himself. Having finally plucked the ripened fruit of betrayal last issue, Trios heads to an escape pod while her men cover her escape. Leia catches up to the traitorous monarch just long enough for Trios to explain her actions before getting away in an escape pod. 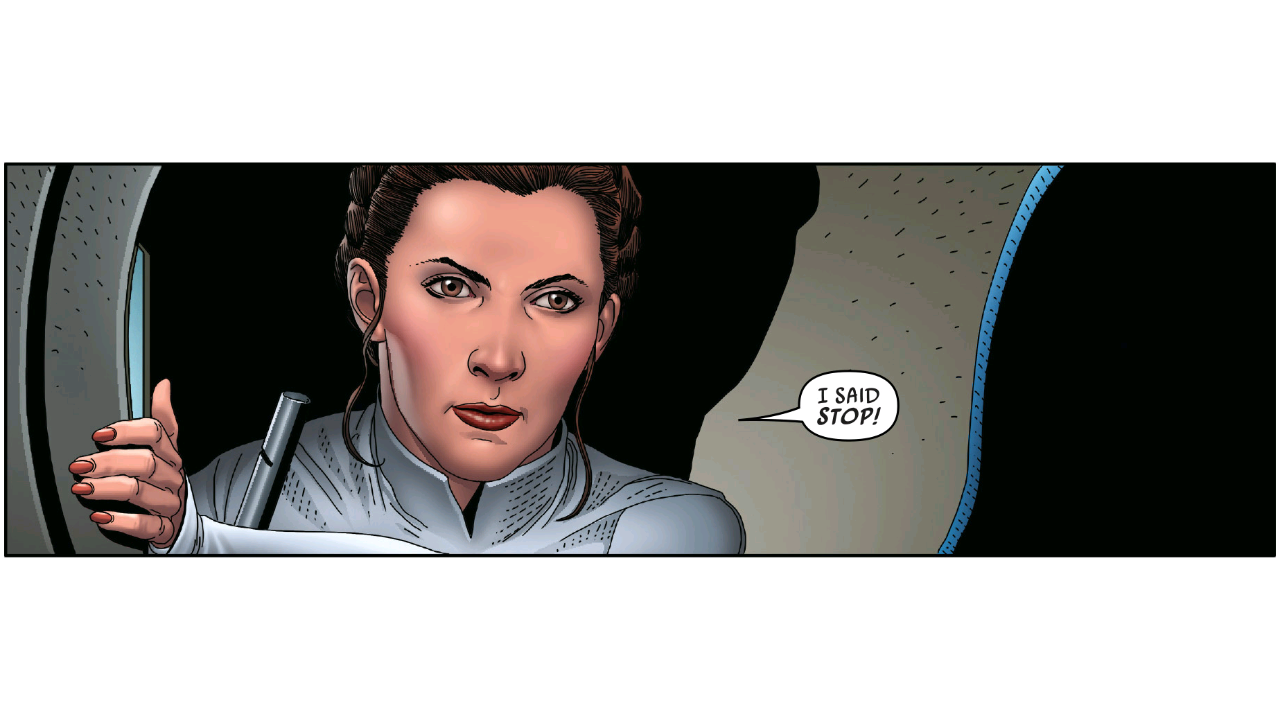 Although she had previously appeared to share some common ground with Leia, given her royal position, she harbors resentment for Leia and her hubristic devotion to the Rebellion. Trios tells Leia that she was willing to do whatever it took to ensure that her planet would be safe from the tyrannical Empire, vowing to never let Shu-Torun suffer the same fate as Alderaan. 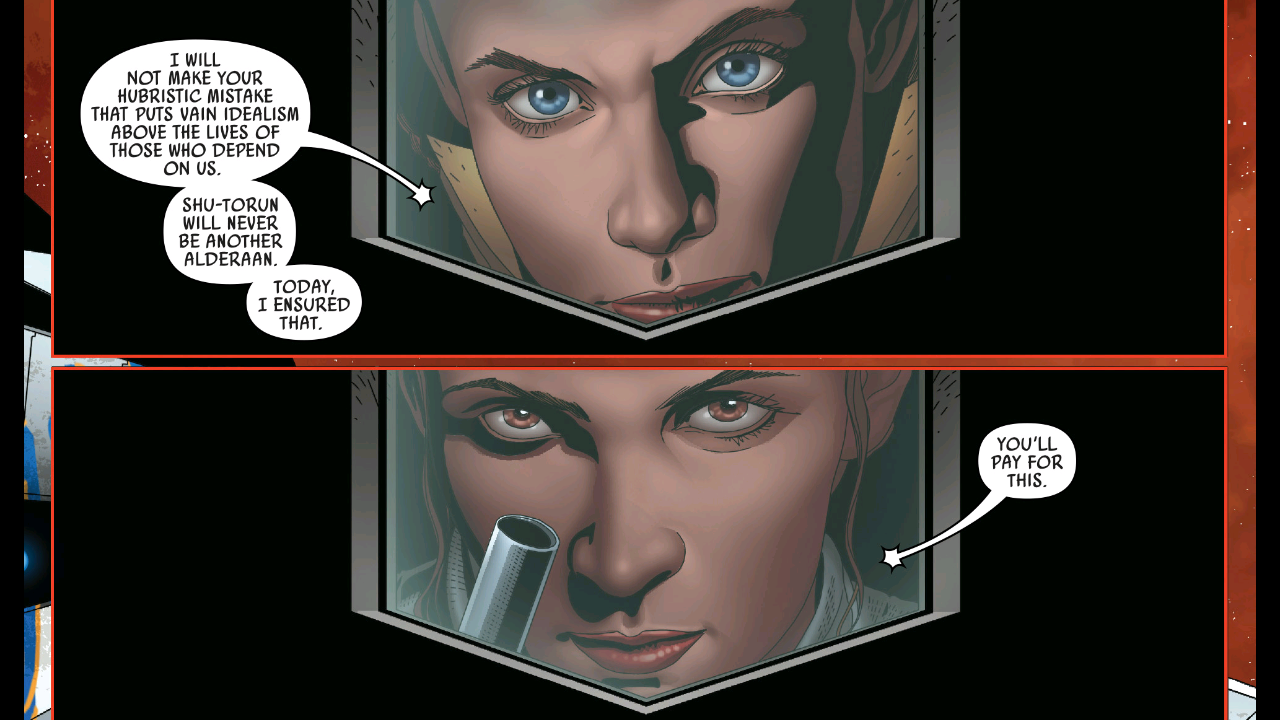 Trios is basically the anti-Leia, an alternate version of what could have been if Leia had not sided with the Rebellion and instead submitted Alderaan to Imperial reign. In the end, Trios escapes to inevitably cross paths with Leia another day, though I can’t imagine that Vader will give Shu-Torun some free pass, regardless of her submission, so it will be interesting to see how that situation plays out in the future. 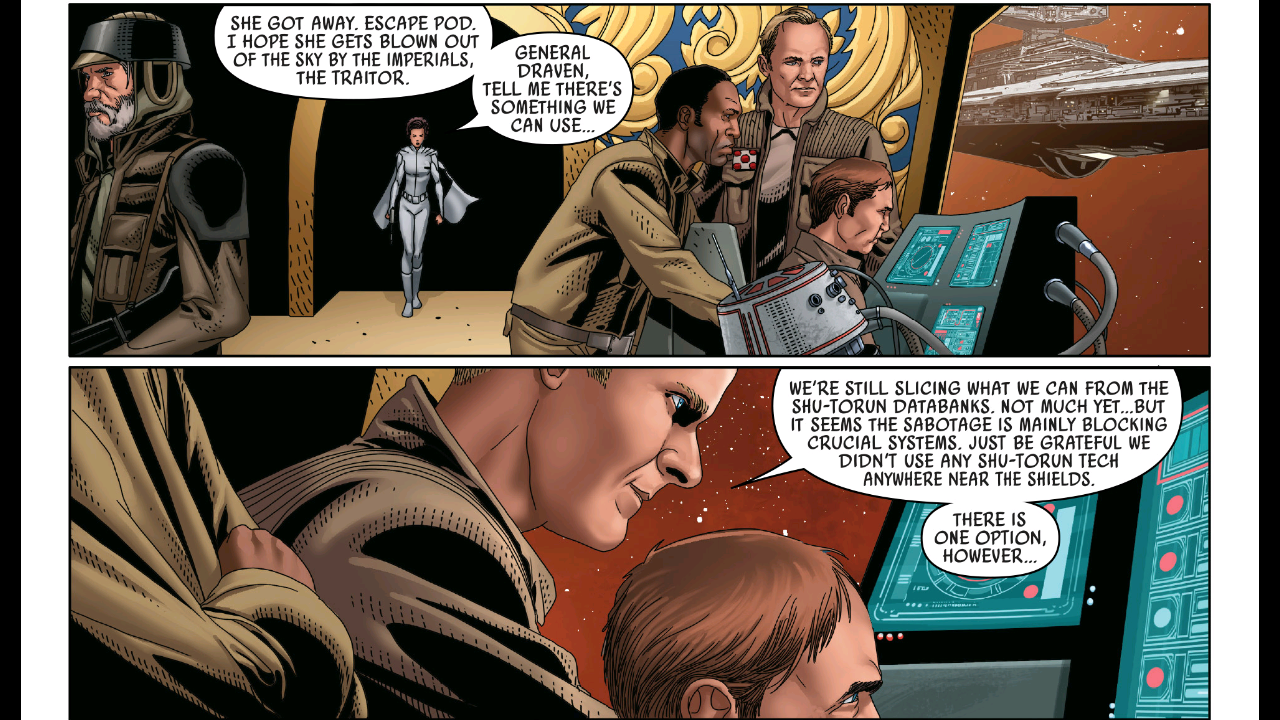 After Trios’ escape, Leia begins to focus on their current predicament and scrambles with the other leaders to find a way to get out of the mess that the queen had left them in. Trios’ sabotage has left the entire fleet sitting ducks, unable to run from the Imperial ambush or to even open their bay doors to allow their smaller fighters to defend the capital ships. Trapped inside, unable to move, and being fired upon by the Imperial fleet. The skeleton of a fleet we see in The Empire Strikes Back and Return of the Jedi is starting to make a lot more sense. 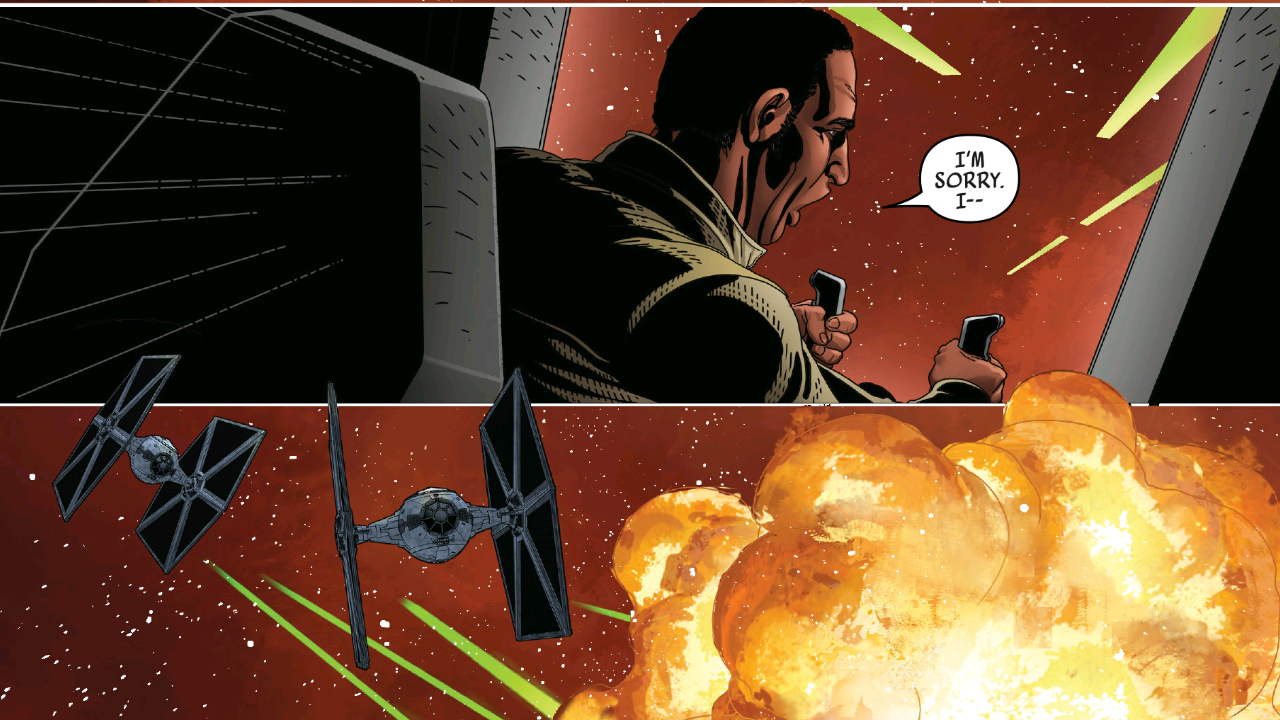 When General Draven reveals to Leia that the proximity system for the bay doors on the cruisers was still intact, Leia sends the best pilot in the base on a shuttle to fly near the bay doors. The idea is that the doors are still programmed to automatically open when a Rebel ship comes in for a landing, a system that luckily remained after Trios’ near complete sabotage of the Rebel’s infrastructure. 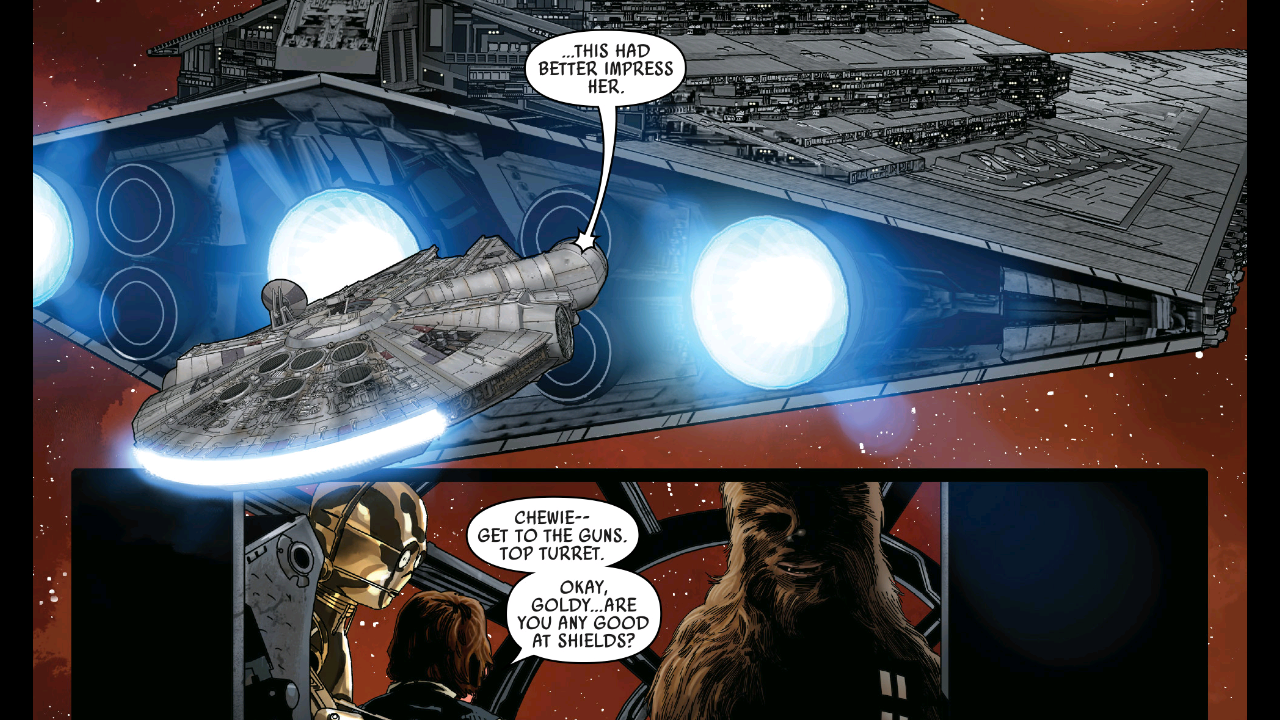 Unfortunately, however, the pilot is shot down by a group of TIE fighters, and hope is lost. But when Han and Chewie show up in the Falcon hoping to catch the tail-end of the celebration, hope is restored. As Leia tells a shocked Han Solo their situation, Chewie takes to the guns, and Threepio mans the shields while Han flies toward the nearest Rebel ship. Chewie takes out the TIEs and things are beginning to look up when a lone TIE fighter comes out of nowhere. Vader has arrived seeking revenge on Han Solo, and now he’s got the smuggler in his sights! 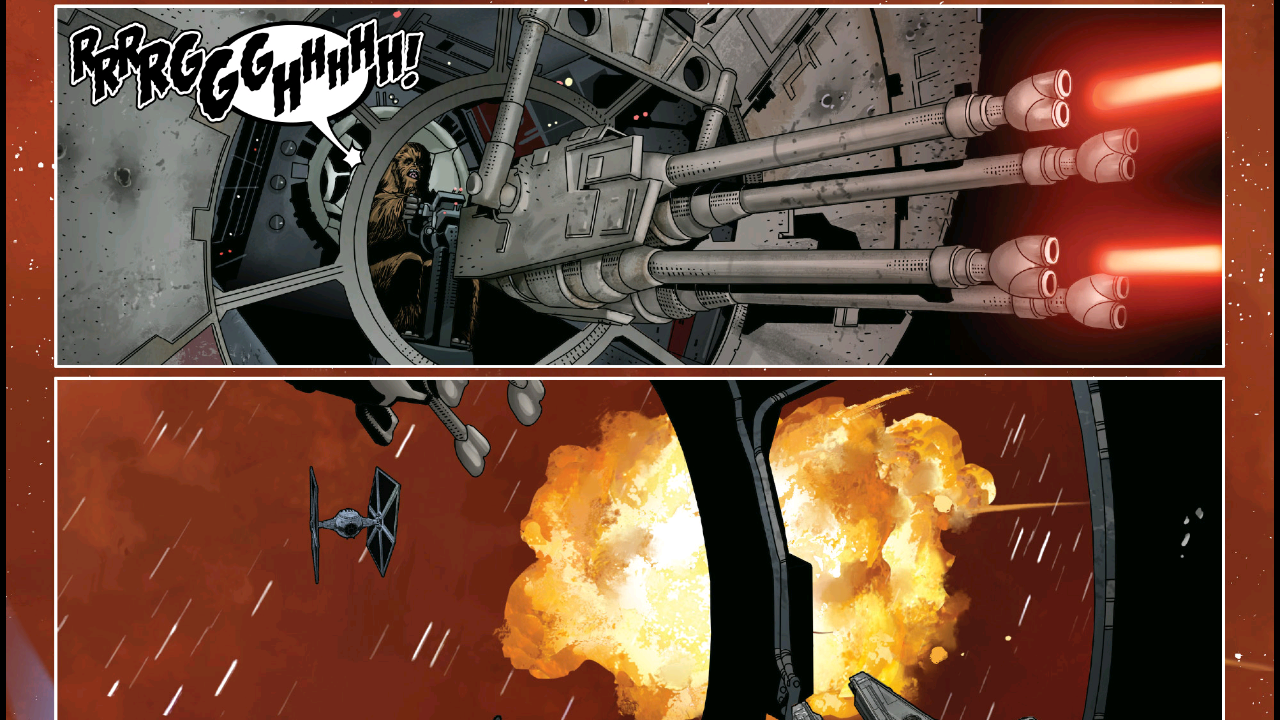 This was another solid issue from Gillen, with some pretty slick (if inconsistent) artwork by Salvador Larroca. This is probably the most satisfying and exciting arc in the Star Wars series in some time, and I’m really looking forward to seeing where Gillen takes us in the issues ahead. Larroca has done a nice job avoiding those obvious screen grab shots in recent issues (readers of this series know what I’m talking about), but it has come with a trade-off, sacrificing character likeness and consistent character portrayal throughout the issue itself. But, as I’ve pointed out before, Larroca excels at depicting star ships or anything tech related, and his work is par for the course here. 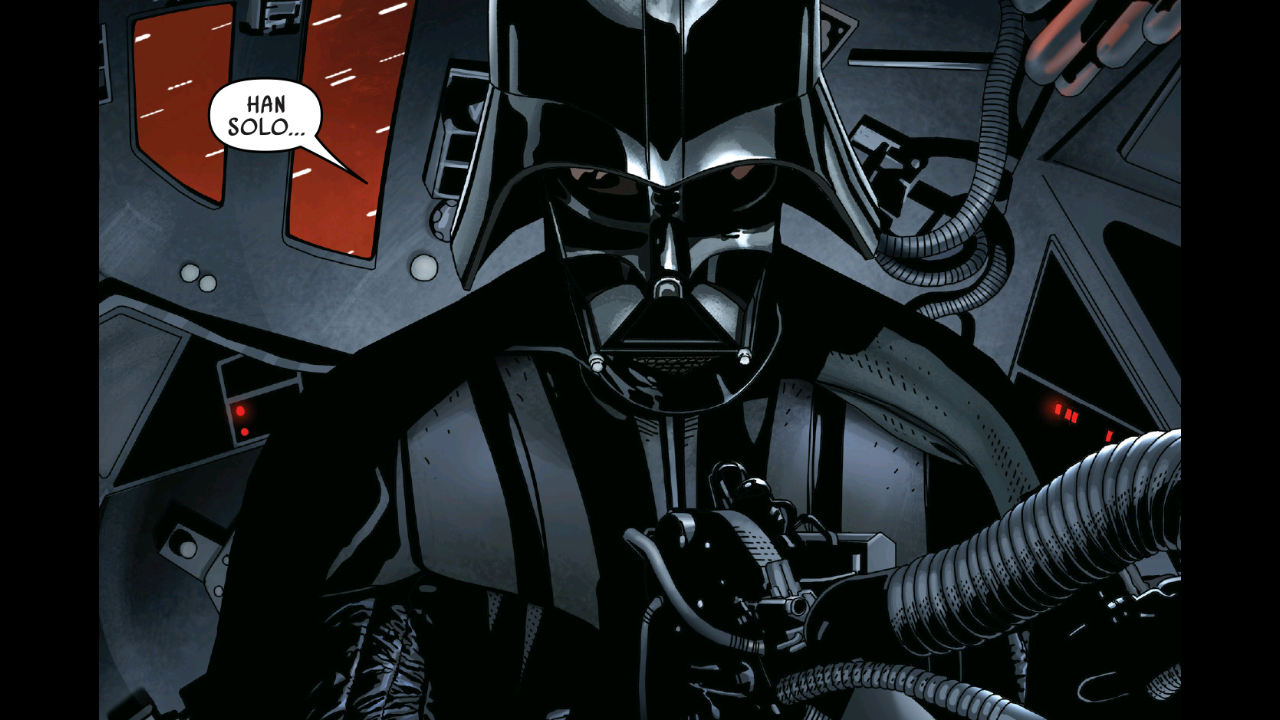 If you’ve been reading this series since day one, there is no reason to stop now, as this is shaping up to be one of the most rewarding story arcs yet. If you’re new to comics or are trying to find a place to jump back on, this may be a good point to get on board. I recommend picking up the last issue (#50) and going from there.

Star Wars #51 is available now in a comic shop near you or online at Comixology. Happy reading comic fans! 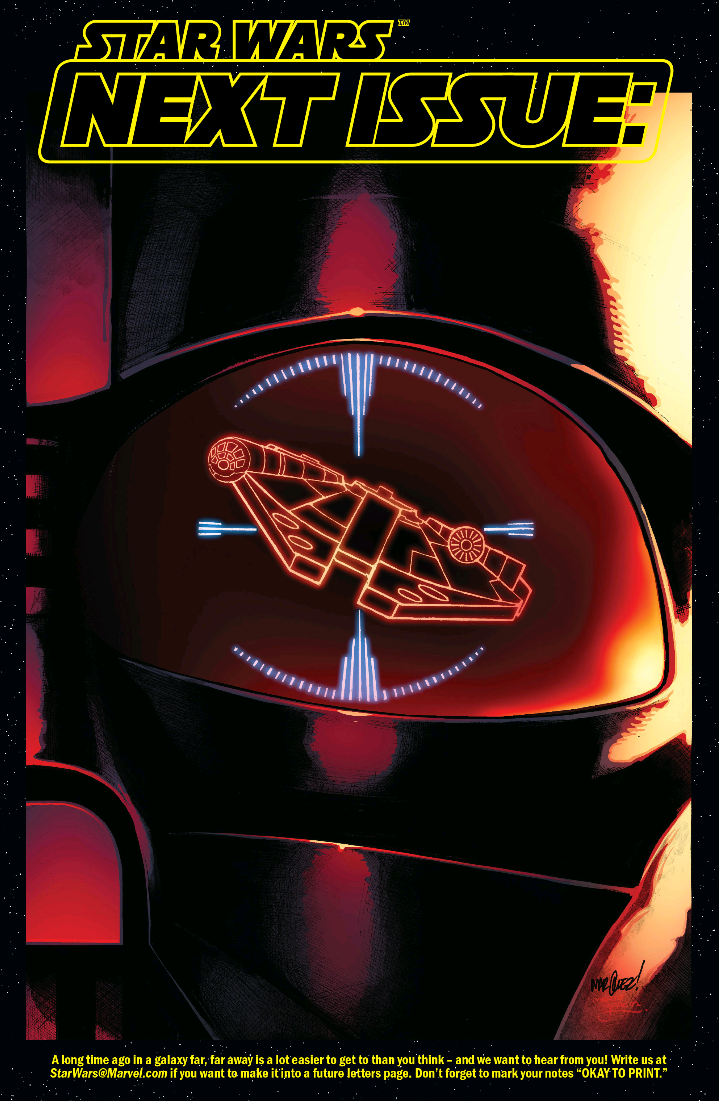 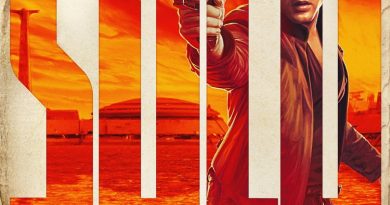 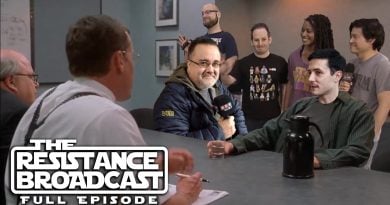 The Resistance Broadcast – Lucasfilm Story Group: “What Would You Say, Ya Do Here?” 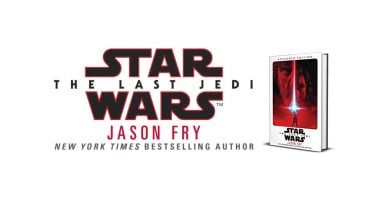