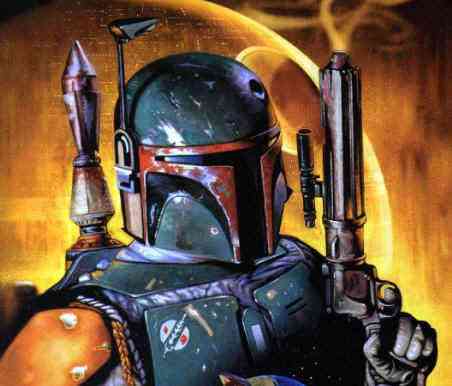 What a weird couple of days it’s been for Lucasfilm public relations, to say the least. Hot off the trail of a rumor indicating that Lucasfilm was going to freeze development on Star Wars spin-offs, other outlets have presented new information suggesting that existing movie ideas are being re-evaluated or are simply being delayed after Solo was a financial disappointment. Now, The Hollywood Reporter are throwing their hat into the ring with some new info specifically focused on the alleged Boba Fett and Obi-Wan Kenobi projects.

When asked about what’s going on at Lucasfilm with the spin-offs, an insider talking to THR mentioned that “They haven’t slowed down development, but they are licking their wounds [over Solo].” The indication is that Kathleen Kennedy and various company representatives are rethinking their game plan as opposed to panic-cancelling a bunch of projects, as some had initially feared. Another insider chipped in: “It doesn’t mean those spinoffs don’t happen. It just means they’re trying to figure out how to make, and market, them differently.”

On the note of specific spin-offs, two rumored films were brought up by THR: Boba Fett and Obi-Wan Kenobi. The former currently has more concrete information going for it: James Mangold and Simon Kinberg are still working on a script for Mangold to direct, but there’s an indication that the film’s scope (and by extension its budget) could be scaled down a bit in order to make the film less of a risk in the event that it performs more like Solo than Rogue One. Meanwhile, they couldn’t confirm if Stephen Daldry was still working on Obi-Wan Kenobi (some rumors indicate that Daldry exited the project weeks before Solo was released), and that Ewan McGregor has currently agreed to play Daniel Torrance in an adaptation of Doctor Sleep, Stephen King’s sequel to The Shining. With McGregor’s schedule full through 2020, the absolute earliest an Obi-Wan Kenobi film could arrive would be 2021.

As long as Lucasfilm figures out how to get on the same page with the spin-offs and keeps their budgets in-check, they should be better-suited to find success with non-episodic films than Solo. It’s a bit reassuring to see that they are trying to get a better assessment on the situation going forward instead of the reactionary response that it initially appeared to be. More on this story is bound to appear, so stay tuned to SWNN as the news breaks.