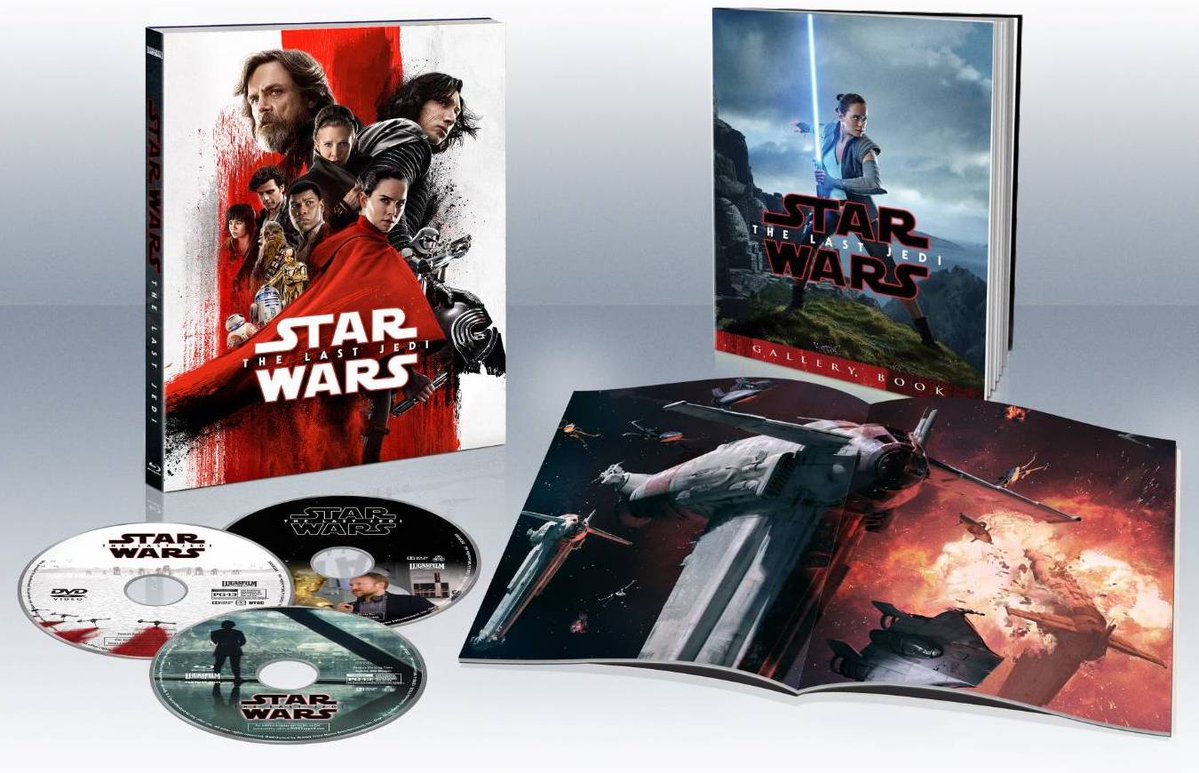 The release date for the digital download of The Last Jedi has been revealed via iTunes’ New Zealand page as Wednesday March 14th.

The iTunes site has different pages for different areas of the world. While the United States iTunes page shows no release date, the New Zealand page reveals March 14th. 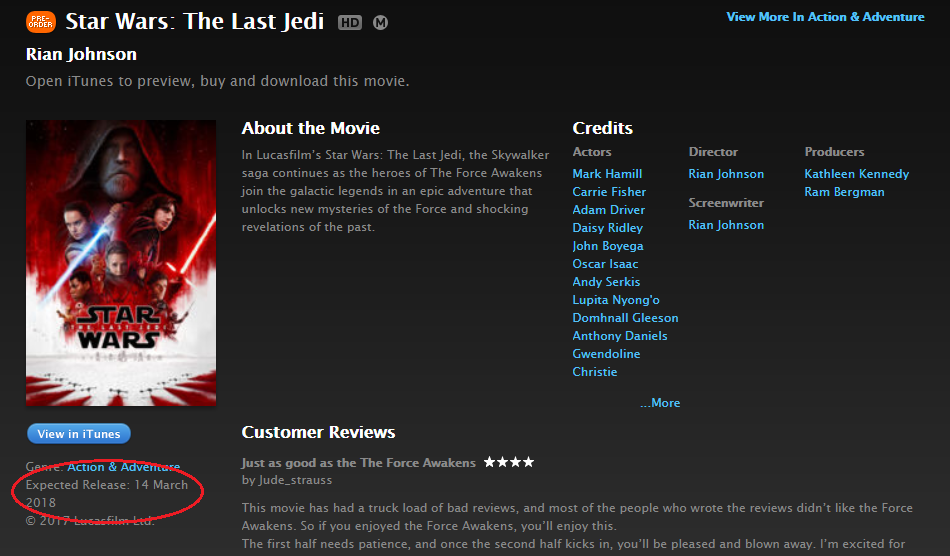 There have been rumors that the physical 4K/Blu-ray release is March 27th, which would mark 13 days after the digital release date if the Blu-ray date turns out to be accurate.

As a comparison to the other two Disney-era releases:

Rogue One was available for digital on march 24th, followed by physical copies on April 4th (11 days).

We will keep you posted as we find more information, but for now we can safely confirm that the digital download date for The Last Jedi is March 14th, and while it is not confirmed Target has March 27th as their “estimated release date” for the physical copies on 4K/Blu-ray.