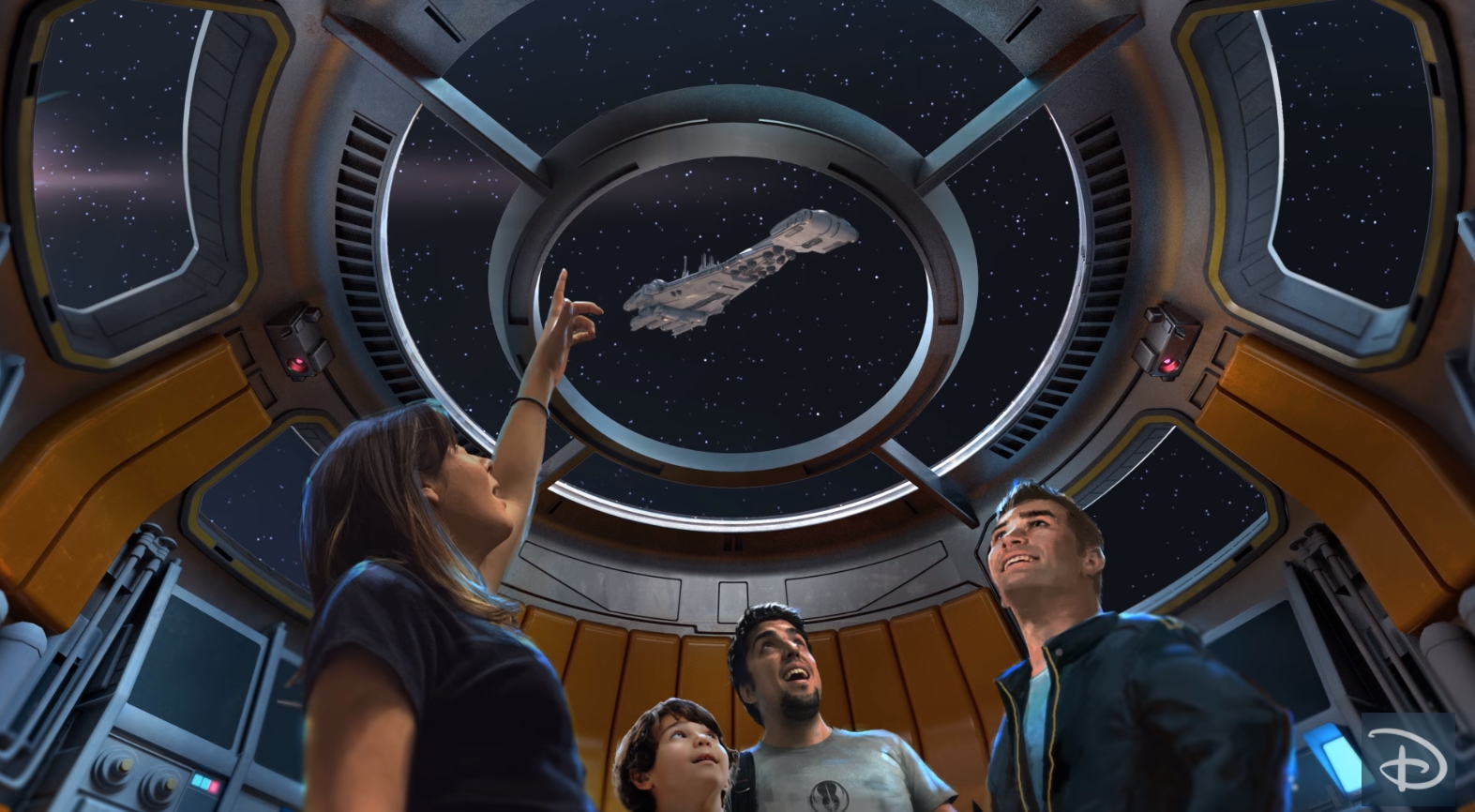 At the recent D23 event in Japan, Disney Parks presented new information on some of their upcoming uses of Star Wars in the theme parks around the work. Today the Disney Parks Blog has shared some of those updates with those of us who could not attend the event.

Most of the new information is updated concept art for the fully immersive Star Wars hotel being planned to go next to Disney Hollywood Studios in Orlando. This announcement caused quite a bit of excitement at last years event as it offers a almost Westworld-like experience (hopefully minus the murderous robots) for Star Wars fans to engage in.

The concept will seemingly act almost like a multi-day cruise, with guest checking in to a “starship” for a multi-day voyage.

This first-of-its-kind resort will combine luxury with complete immersion into an authentic Star Wars story. Guests’ journey through space will start when everyone departs together for a multiday Stars Wars adventure by boarding a starship alive with characters and stories that unfold all around them during a voyage through the galaxy.

DPB also released 3 new “Action” concept pieces that give a bit of the look and feel of the resort.

Also, on a more minor note, Disney gave us a quick behind the scenes look at the full scale X-Wing that will be featured in one of the two Star Wars: Galaxy’s Edge lands in either Anaheim or Orlando. From the picture it looks like either this land will be placed in the timeline before The Last Jedi or Poe at some point will rebuild his custom Black X-Wing. Either way nice to know that sleek, radar evading, beauty isn’t gone forever. 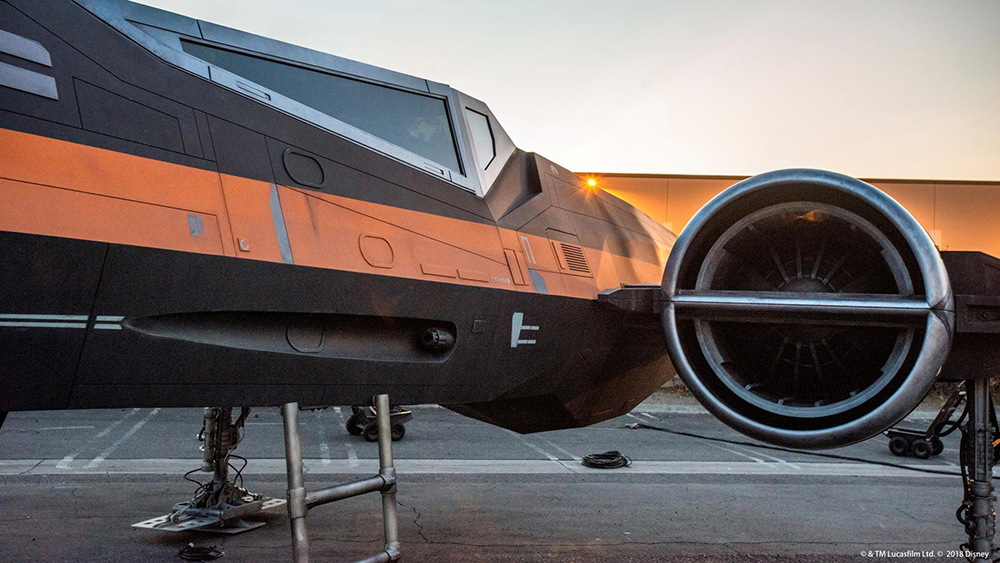 Head over to Disney Parks Blog for the full update.