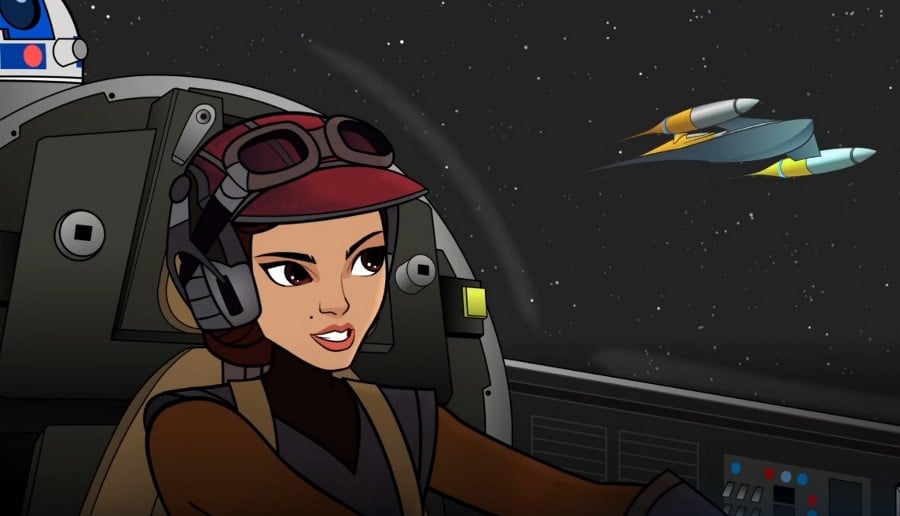 The short series Star Wars: Forces of Destiny is back with a half-hour long episode on the Disney Channel that consists of several old episodes and some new ones. Disney has already released all four of the new episodes on Youtube titled “Newest Recruit”, “Tracker Trouble”, “Teach you, I will” and The Starfighter Stunt. Check them out…

Sabine and Ketsu face off against stormtroopers on a mission that becomes more complicated than they bargained for.

Chewie and Rey use their mechanical skill to find a tracker bomb on the Millennium Falcon.

I can finally announce: I voice younger Han Solo in @starwars #ForcesofDestiny coming out 10/29! THX @dave_filoni for this dream come true! pic.twitter.com/xMdMlsKByL

Ahsoka learns to fight with two lightsabers as she spars with Master Yoda.

While Ahsoka teaches Padme how to pilot, they come under attack by a droid starfighter.

The next half-hour special that will also have four new episodes will air on Sunday, October 29 at 8 p.m. ET/PT on Disney Channel and the Disney Channel App as well.