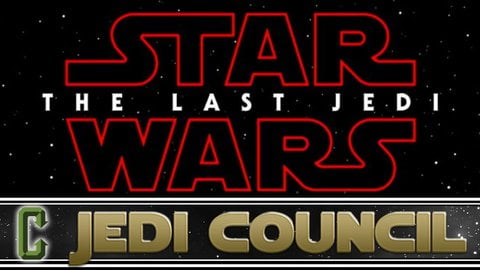 On this spectacular episode of Collider Jedi Council:

Kristian Harloff, Jeremy Jahns, Mark Reilly and Perri Nemiroff talk in depth about the new “Episode VIII” title; share their thoughts on the recent ‘Rogue One: A Star Wars Story’ Oscar Nominations; discuss Dave Filoni and Pablo Hidalgo’s talk about the future of Star Wars;  a break down on what Woody Harrelson’s role might be in the upcoming Han Solo spin-off movie and much, much more!

Now they get to hear from you! The Collider Jedi Council team takes on all your Twitter questions you send in @ColliderVideo with the hashtag – #ColliderJediCouncil.