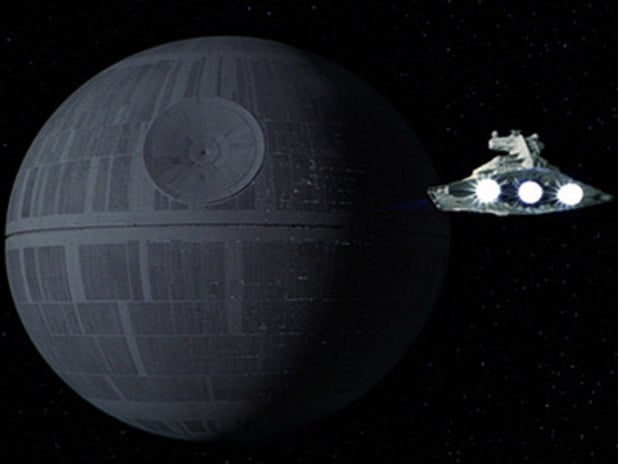 Former Lucasfilm’s Industrial Light and Magic VFX desinger, Colin Cantwell spoke about his part in many “Star Wars” iconic designs that include the X-Wing, the Tie Fighter and a sculpt for the Death Star’s famous trench. Read on for more!

Colin Cantwell, is quite frankly, one of the most influential persons to work on Star Wars that not many know about. The 84 year old, was in fact the lead star ship designer for Star Wars and has drawn several original designs that include Return of the Jedi’s A-Wing, the Imperial Star Destroyer, the TIE and X-Wing fighters, and the ever so cool Rebel cruisers. He claims he is the one who designed and sculpted the Death Star and gave it it’s famous trench run. Imagine “Star Wars” without the famous trench run? I know I can’t even fathom the thought. His other work includes working with NASA to inform the public on the first unmanned space flights, inventing the first real color monitor for Hewlett Packard as well as work on television series Buck Rogers in the 25th Century, films like Close Encounters of a Third Kind and one of my personal favorites ‘War Games’.

In an interview chat over at Reddit AMA, Cantwell said that he likes to “keep out of the limelight”, but does occasionally enjoy answering questions. One of the first things he talked about was how he was first introduced to the creator of Star Wars George Lucas, and that he loved Cantrell’s tiny miniatures. It seems that this was the main reason behind his work on Star Wars.

“I built miniatures of my own space ship designs and built terrains. I had friends that worked on American Graffiti who introduced me to George Lucas. George saw some of my miniatures and liked them well enough that he invited me to discuss a project… which eventually became Star Wars.” 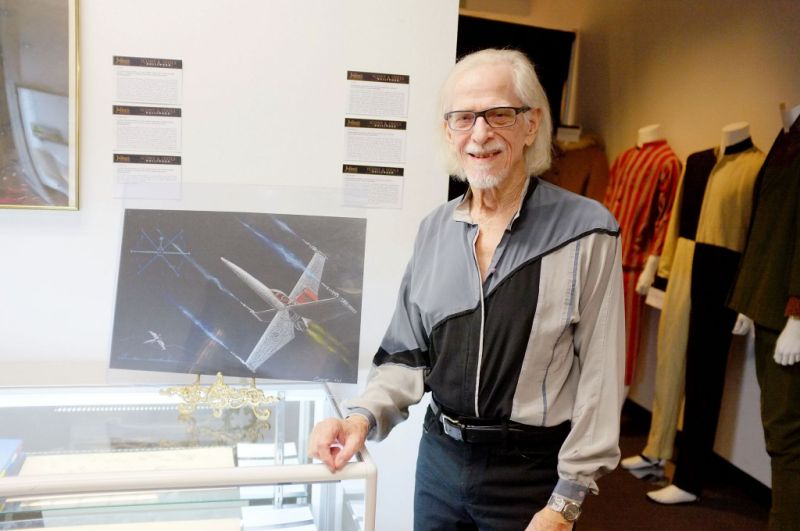 He also touched briefly on just how much artistic freedom he had when he was working with George:

“I had freedom from the getgo. And for a particular story, questioned him about the various scenes and what they would need. I remember asking him about the size of a satellite by asking if it was bigger then Burbank.”

When asked about the specific inspiration behind the iconic X-Wing and Tie Fighters, Cantwell say’s that some concepts came right away, and others took lots of thinking:

“A dart being thrown at a target in a British pub gave me the original concept and then it went forward from there.”
He also noted that the idea for the TIE fighter essentially came spontaneously, saying, “It took lots of deep thought, but I think I succeeded. It just came out of my mind.”

In addition to these two ships, Cantwell also talked on the origin of the Death Star’s trench and how he was the man behind that famous Death Star idea:

“I didn’t originally plan for the Death Star to have a trench, but when I was working with the mold, I noticed the two halves had shrunk at the point where they met across the middle,” he said in his Reddit intro. “It would have taken a week of work just to fill and sand and re-fill this depression. So, to save me the labor, I went to George and suggested a trench. He liked the idea so much that it became one of the most iconic moments in the film!”

Asked about whether he was embarrassed by the Death Star design flaw that allowed Luke Skywalker to destroy it with a single shot. He simply humorously replied:

“I sold armament to both sides… so not embarrassed.”

Cantwell also say’s that although he hasn’t yet seen “The Force Awakens,” he is happy that his designs have made their way into the newest film.

“I am happy that my basic concepts have been given new life in the current Star Wars versions. I have no favorite design,” he adds. “They all served their individual purposes.”

See the full AMA over at Reddit AMA . Colin also has a site where you can purchase pre-concept pictures. Check out all kinds of various design and drawings You can purchase them at there.