The Star Wars Creature Shop Expected in Dubrovnik Today, Plus a Cruiser Ship is Being Transformed into an Alien Vessel! - Star Wars News Net Go To Top
Skip to content

The Star Wars Creature Shop Expected in Dubrovnik Today, Plus a Cruiser Ship is Being Transformed into an Alien Vessel! 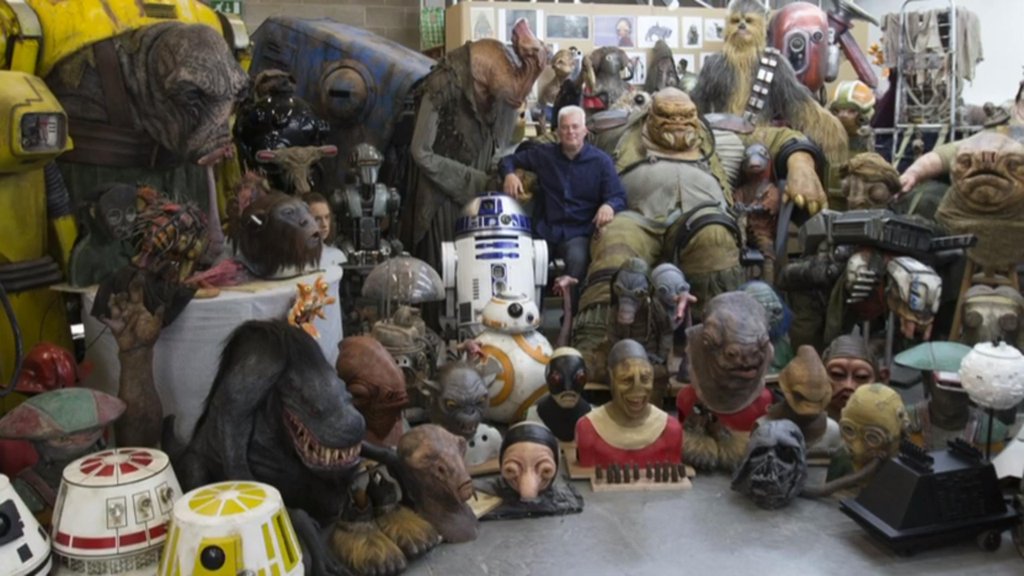 Just a day before the filming starts in Dubrovnik, here are a few interesting tidbits from the set…

First, here’s an interesting report sent to us by one of our friends from Croatia. According to him the Star Wars creature shop is expected to arrive in Dubrovnik today. Lots of different monsters are expected on set during the filming. Neal Scanlan is again in charge of the creature shop and we can’t wait to see what his team will come up with this time. 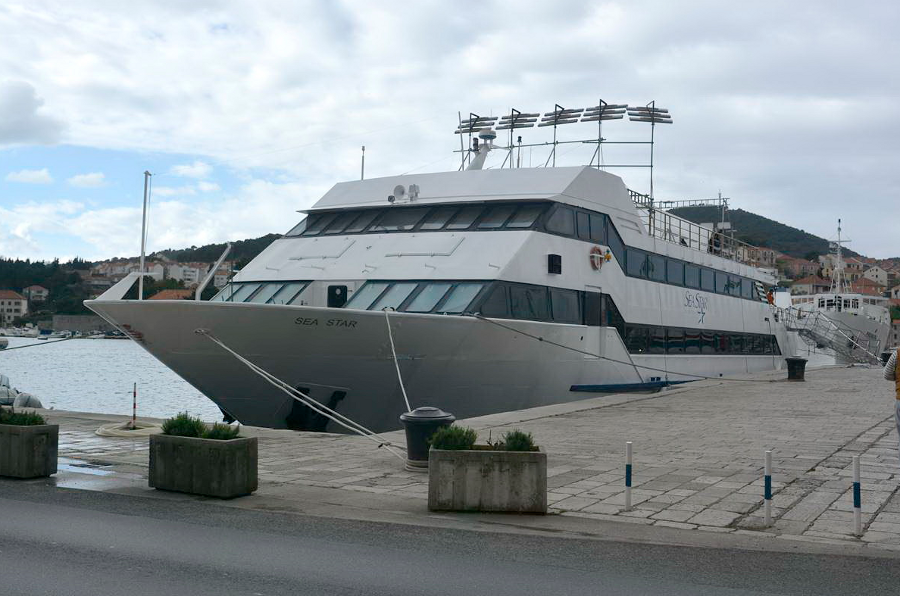 Next, DuList reports that part of the movie will be filmed on a cruise ship in Dubrovnik. According to them the vessels has been rented for a week and is already on location with some workers already transforming the ship. We first thought that they will be filming from the ship, but now it appears that actually the ship will be part of the shoot. It will be really incredible to see this ship transformed into an alien vessel in front of our eyes. 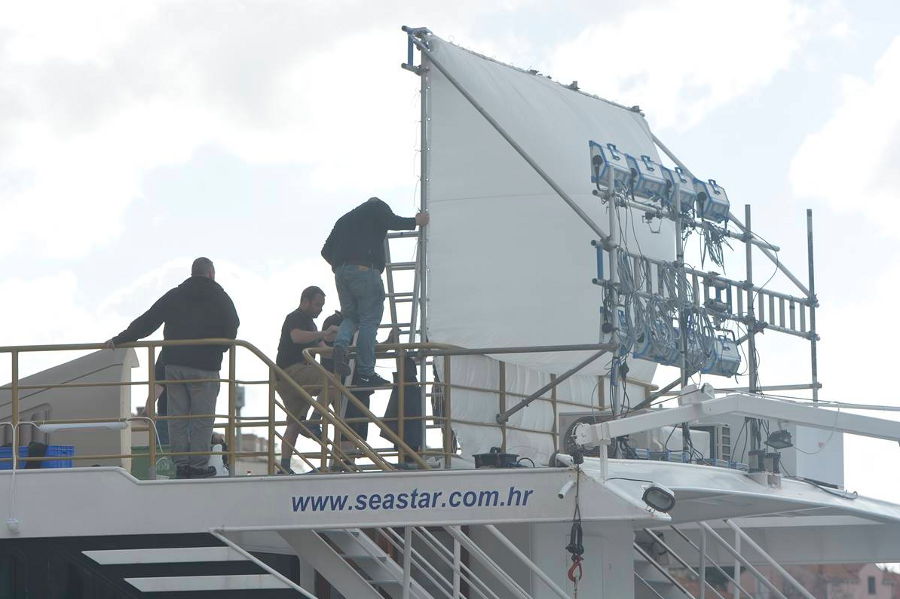 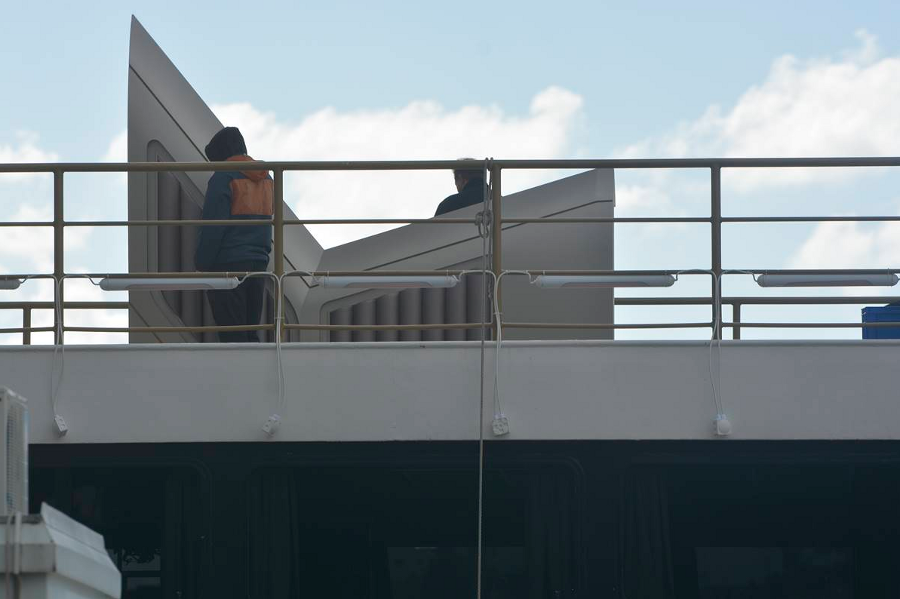 You can see some of the coverings in the photo above. For more photos go to DuList.

Again the guys from DuList got their hands on a document asking the residents of Dubrovnik’s historic center to leave the lights on in their apartments during the filming from March 9 through 16. The production note also alerts that there might be some additional noise during the night shoots that will be caused by some minor special effects. 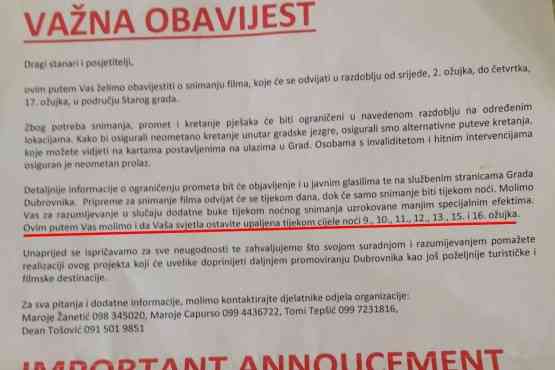 This request is pretty understandable, since original lighting could greatly improve the look of the night scenes and save some time in post production to artificially lit sets.

StarWarsDubrovnik is reporting that Dubrovnik is experiencing heavy rain and strong southern winds these last few days. However, the weather is expected to improve during the filming so we might not expect any delays due to bad weather. 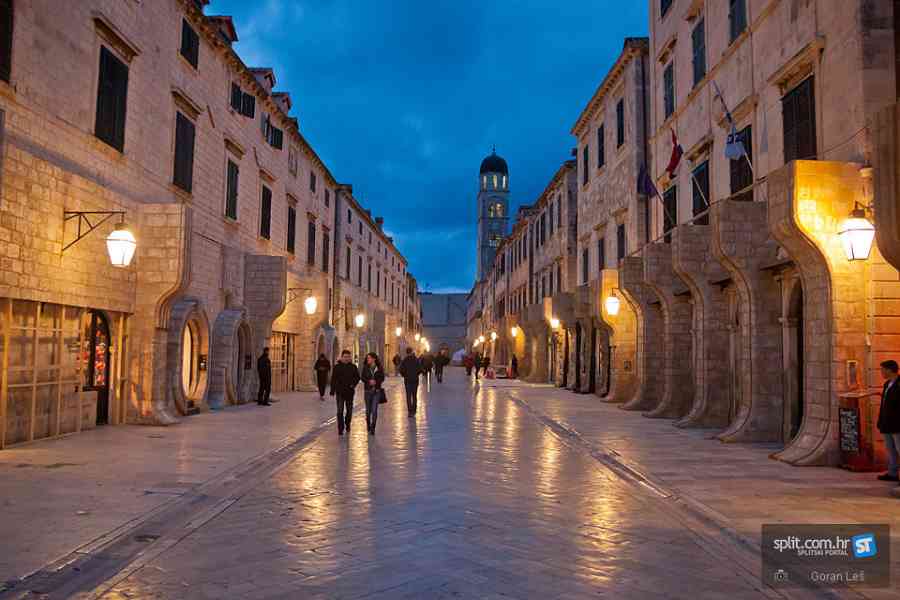 They also shared some very cool photos and video from Goran Leš, a Star Wars fan from the city of Split. You can check his full gallery HERE.

And last but not least, here’s a 360 video from the set by TheDubrovnikTimes (via Mark Thomas):

Check out the set of the eighth episode of Star Wars in Dubrovnik in full 360. Jump inside of the centre of the set on the Stradun where Star Wars will be filmed. Best viewed in full HD. And don’t forget to use the arrows to move around and explore the Star Wars set.