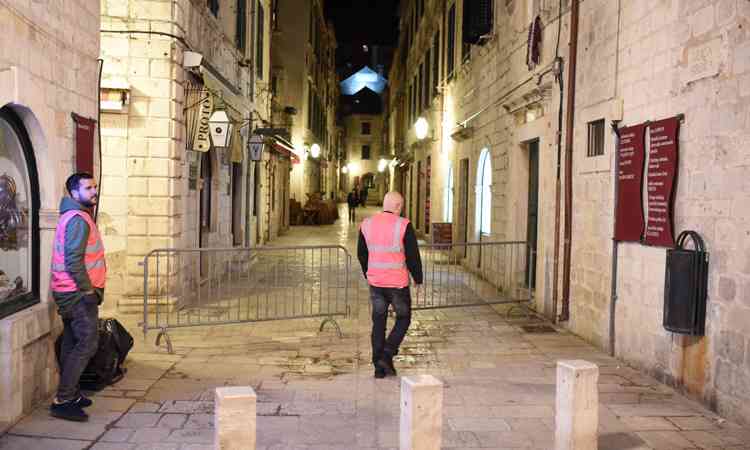 There’s been a disturbance in the force today in Dubrovnik. TheDubrovnikTimes reports that the main street through the historic old city of Dubrovnik was closed from 8pm tonight as the Star Wars filming crew tested the set before the filming starts for real on the 9th of March.

Earlier today we got a word from a source that the movement on the Dubrovnik set is not an actual filming but just a test. Now TheDubrovnikTimes has more on the story:

This was the first time that the main street, the Stradun, has been closed for all pedestrians and there were high levels of security in place. The street was blocked with white panels and on every side street that leads into the Stradun there were security guards. From 8pm until midnight the Stradun will be closed today and again on Friday the 4th of March, again from 8pm till midnight. 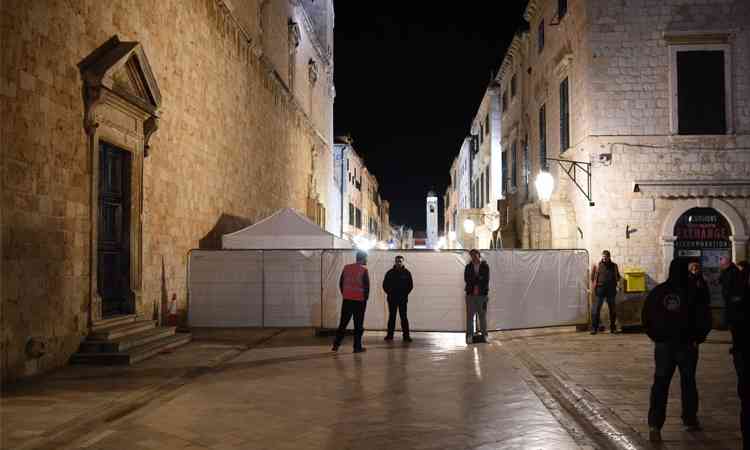 On the 9th of March filming for the Star Wars VIII begins in Dubrovnik and lasts until the 16th of March. Security will be extremely high when the real filming starts, with a reported 600 security guards employed. Every angle is being locked down and a special team will be in Dubrovnik to deal with the problem of drones filming aerial shots. 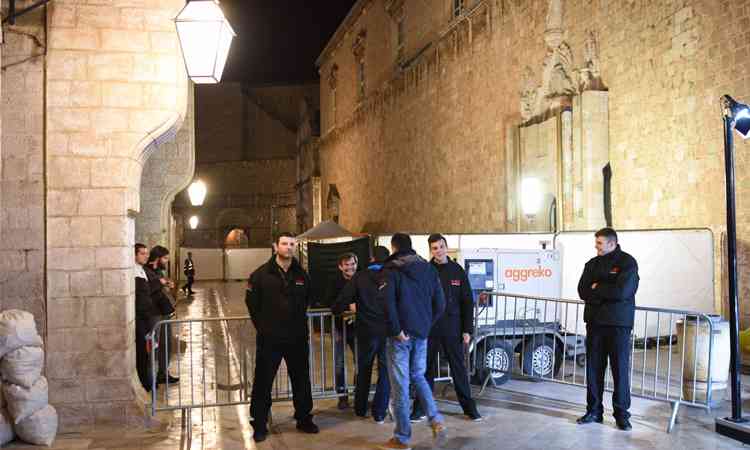 The Dubrovnik Times has unofficially learnt that a team of “drone guards” will be using frequency blockers and long-distance jammers to knock out drones above the set. Some of these drone defenders available on the market can knock out drones with a range of up to 400 metres.

Thanks to Mark Thomas for the heads up!

The guys from MosCroatia have a new report and an interesting photo they got from the Dubrovnik local news portal Dulist from the today’s rehearsals. It’s a landspeeder. Here’s what they got:

Dubrovnik is under siege tonight as it prepares for complete shutdown of it’s historic centre due to rehearsal filming of the upcoming eight episode of Star Wars. As announced before, the closure of the old town is scheduled for camera crew rehearsals on 2nd and 4th March from 8 PM to midnight. The same scenario awaits locals and tourists from 9th to 17th March, again in evening hours, when real filming starts. Production companies on set already informed locals of the special traffic regulation and have set up signs all over town. 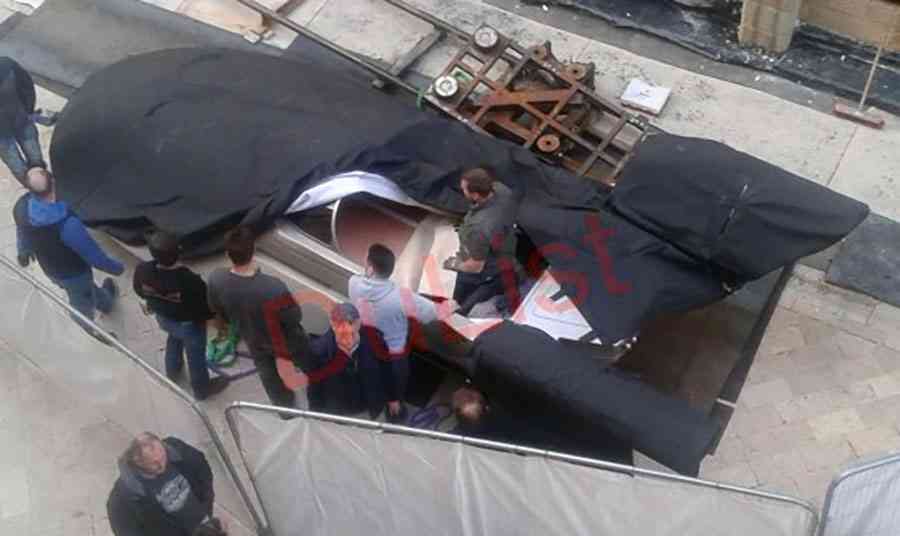 Our team on the ground reports that everything was hectic today in order to avoid any delays of rehearsals start at 8 PM. The biggest intrigue today was the protective fence which enclosed parts of the set, and one hour before the rehearsals, a forklift drove an unknown spacecraft covered with a tarpaulin. Local news portal DuList has been able to capture on camera a fragment of landspeeder under tarpaulins.

Not that we can see much from this photo, but the design of this speeder kinda reminds me of the Prequel movies. Could this really be Naboo or?

The guys from the Dubrovnik news blog Dulist contacted us clarifying that the landspeeder photo is their property, which we mistakingly thought to be coming from MosCroatia. Our apologies for the mistake.

Now Dulist posted even more image from the set: 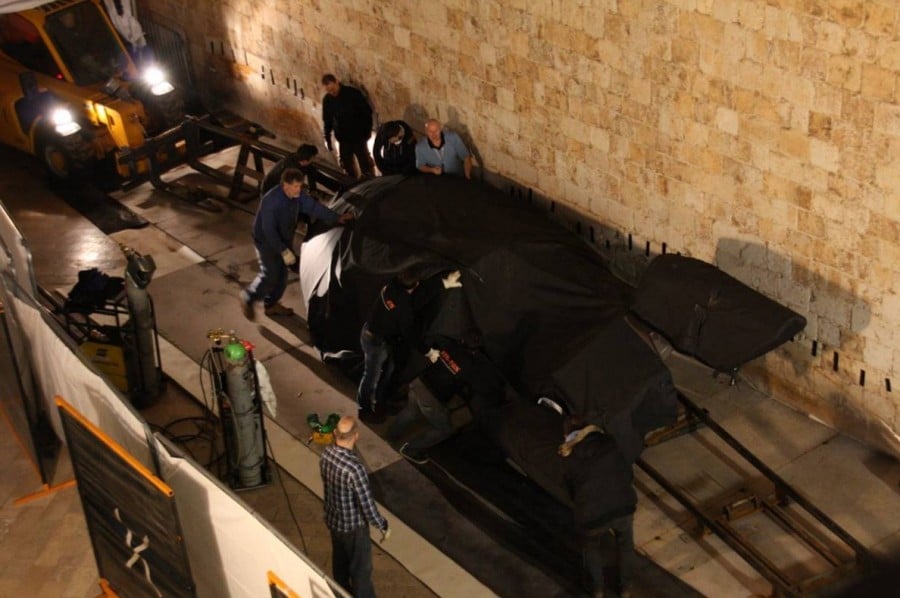 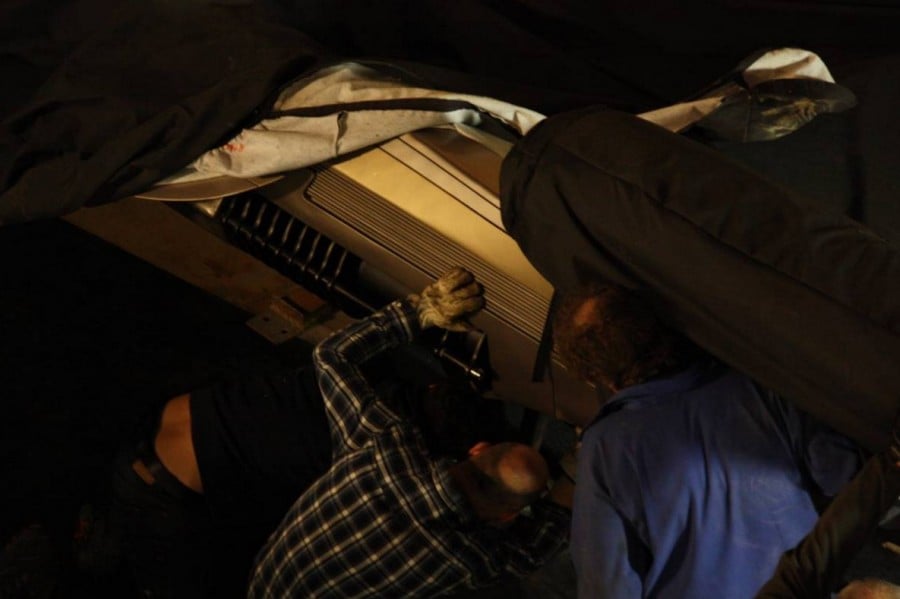 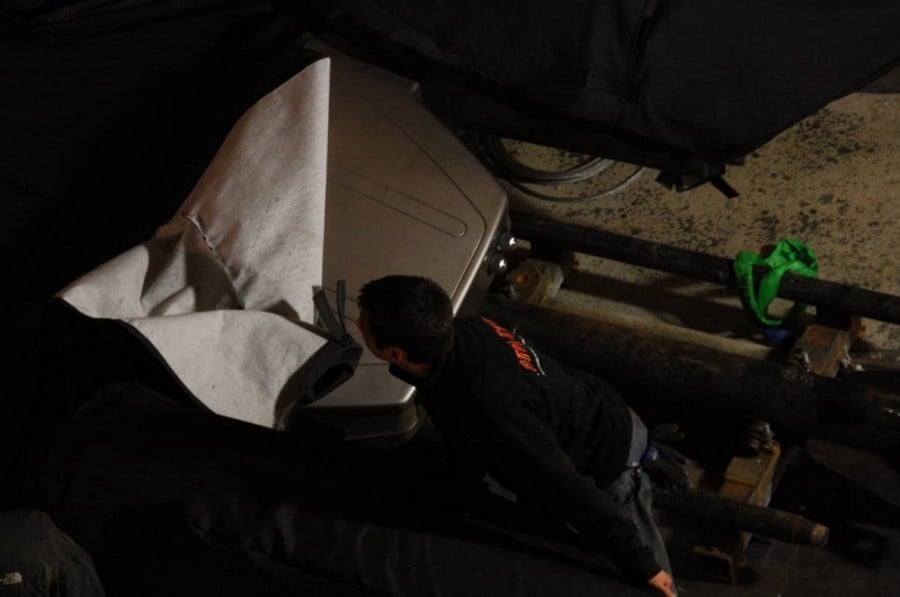 These are just a few images from the set. For the full gallery go to Dulist.