Omaze: Meet the Cast at the Premiere of Star Wars: The Force Awakens! - Star Wars News Net Go To Top
Skip to content

Omaze: Meet the Cast at the Premiere of Star Wars: The Force Awakens! 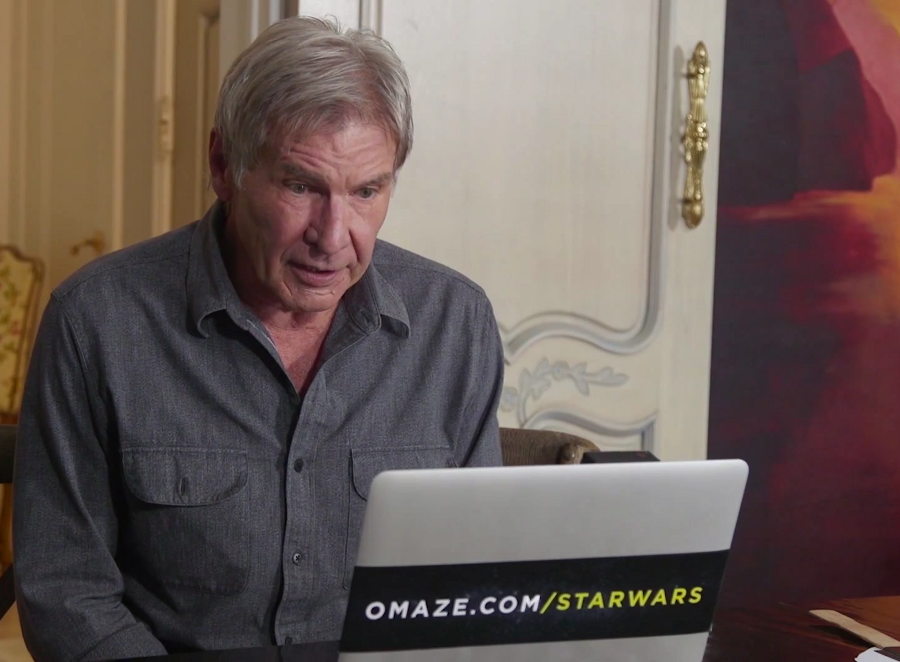 Harrison Ford announces your chance to win a trip for four to the red carpet premiere of Star Wars: The Force Awakens! Every contribution benefits multiple causes nominated by members of the cast.

With the help of Harrison Ford, Omaze announces a new campaign around Star Wars. This time, two grand prize winners will win the chance to bring three friends to meet the cast at the red carpet premiere of Star Wars: The Force Awakens in London or Los Angeles.

Every entry of $10 or more supports not one, but several remarkable
causes nominated by the cast. In support of Star Wars: Force for Change’s mission to empower people to make an impact on the world around them, the cast came together to nominate 15 charities. Check
out other once-in-a-lifetime experiences at omaze.com.