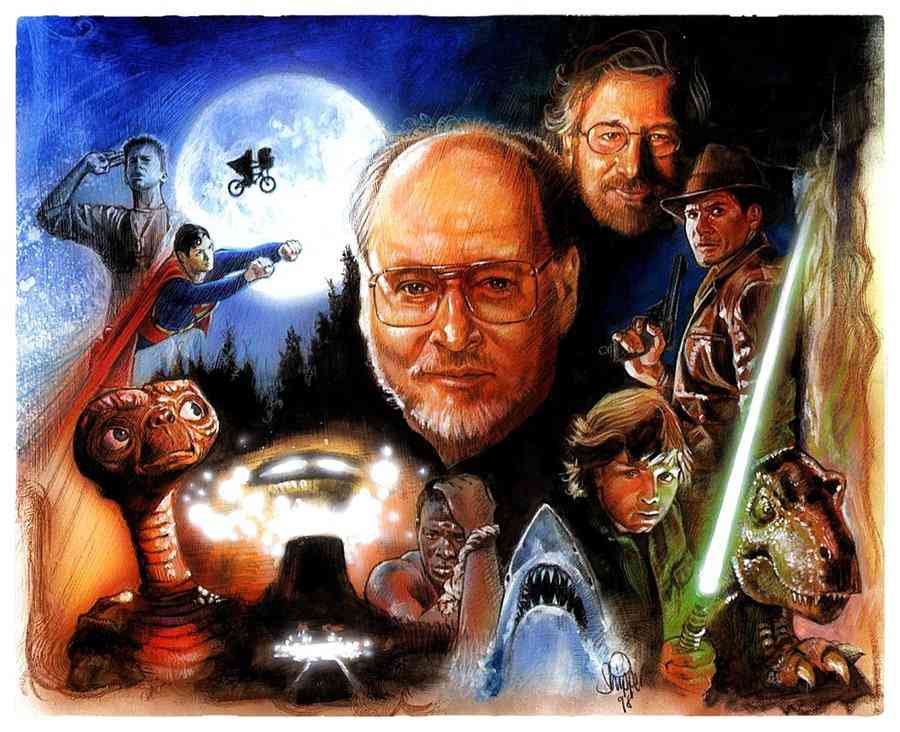 John Boyega and Daisy Ridley recently met with the Star Wars maestro himself, as revealed through their Instagram accounts. Interestingly enough, it looks as though there is a link between their meeting and a point revealed in a recent interview… 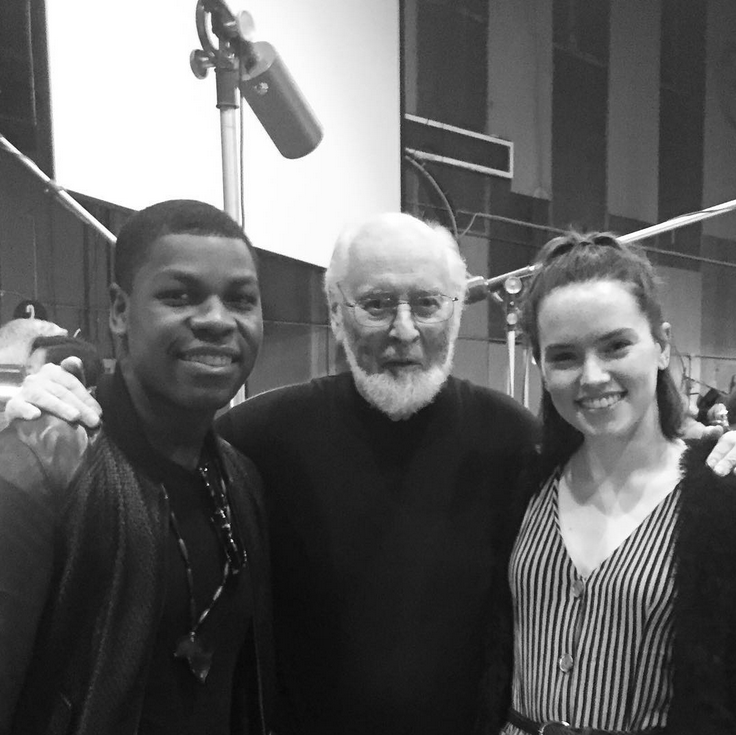 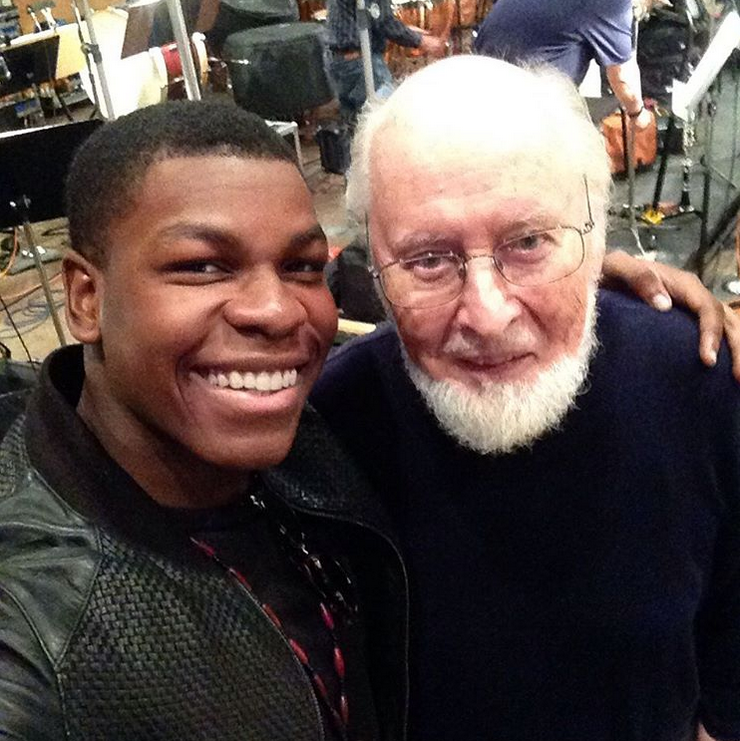 Something worth noting is that in that recent Australian interview, J. J. Abrams briefly mentioned that Williams had one more scoring session to do before the final cut of The Force Awakens went gold. Given that Boyega and Ridley were both present to meet him, it’s likely that this was the same session that Abrams was alluding to. As it stands, it looks as though the movie is coming along swimmingly, and will be completed with more than enough time to spare for its release date this December.

Stay tuned to Star Wars News Net for the latest and greatest news about the Galaxy Far, Far Away.