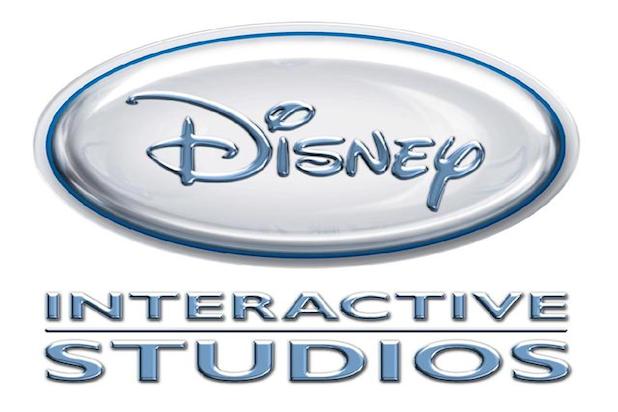 Disney Interactive’s D23 panel has just occurred, revealing the first two figures from the Star Wars: The Force Awakens expansion in Disney Infinity: 3.0 Edition. Plus – get a look at a new piece of concept art from Star Wars Battlefront and some details about the multiplayer.

As many would guess, these first two characters are Finn and Rey. Brief clips were showcased of the two, emphasizing that Finn would utilize a blaster – said to be one of the strongest weapons in the game – and that Rey would use her staff in an agile manner. It is not clear if they are the two characters that will appear as the two that come with the expansion for The Force Awakens, but it is likely that they will come with the initial bundle as opposed to being sold separately. The two figures were shown before the crowds at D23 by the creators, but to make the presentation even better, John Boyega and Daisy Ridley came onstage to look at the figures themselves! The duo were kind enough to give the toys to lucky audience members – Boyega gave the Finn toy away to a boy in a Darth Vader costume, while Ridley gave the Rey toy to a woman in a Leia outfit. 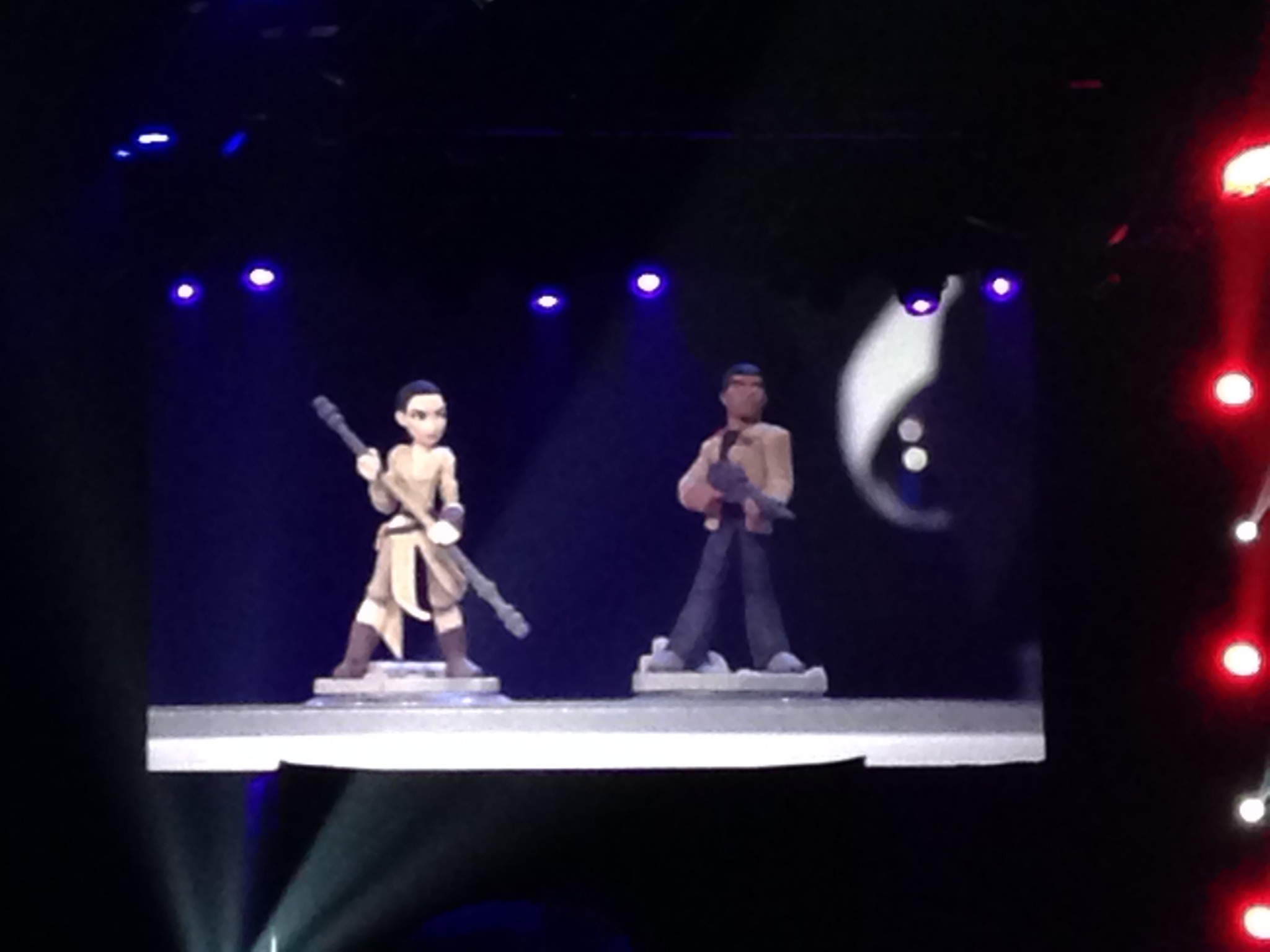 There was also a bit of new information regarding Battlefront – the game will have nine multiplayer modes. Four have been announced so far: Fighter Squadron, a mode focused entirely on aerial battles with iconic starships; Walker Assault, where one side leads a large vehicle to a target while the other side tries to destroy it; Blast, the deathmatch mode of the game pitting ten players against another ten players; and Supremacy, a mode where two sides fight for control over five critical points in large maps (similar to the core gameplay of the original two titles in the series). Concept art for the Battle Of Jakku expansion was also shown – which will be a free download to all players. 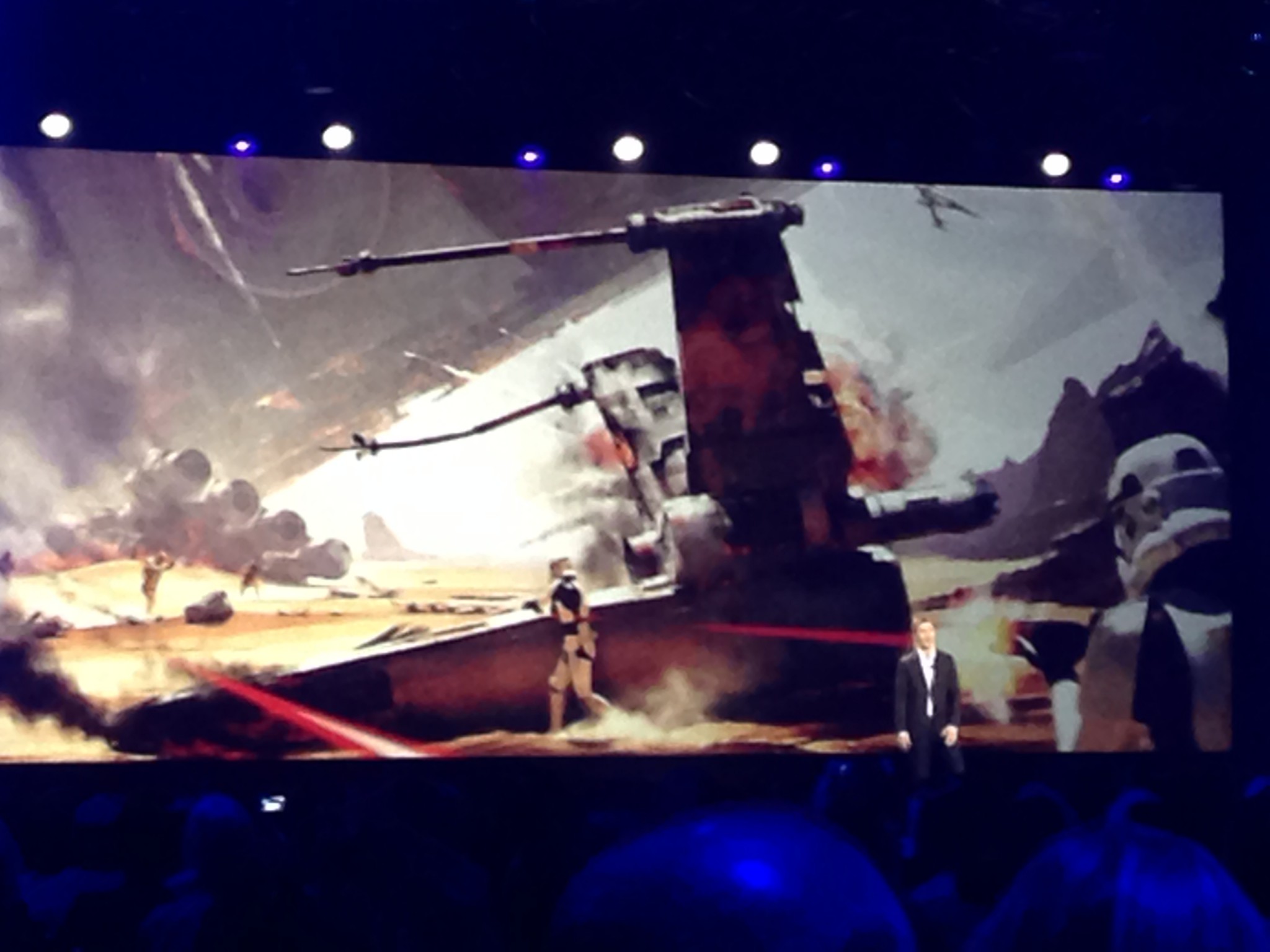 Star Wars Battlefront will arrive in stores on November 17 in the United States, November 19 in Australia, and November 20 in Europe. People who pre-order the game will gain access to Battle Of Jakku on December 1, while everyone else will get the free expansion on December 8.