We’re just hours away from Disney’s Live Action panel presentation at the D23 Expo in Anaheim. The studio will preview the coming slate of live-action films from Disney, Marvel, and Lucasfilm. Also some very special guests are expected to take center stage. We will be covering everything Star Wars-related from the panel in this article. It will be constantly updated.

The event starts at 10:30 am PST and will end at 12:30 am PST. As you know, no new footage from The Force Awakens will be shown. Still there are lots of stuff that they could show us and make the fans happy. Some possibilities are new poster for TFA, a synopsis of the movie, several new character introductions like Maz Kanata and Snoke, or why not the opening crawl of the movie?

Also we can expect more on Rogue One and Episode VIII. I think it’s a good time to finally officially release the Rogue One teaser that was shown at Celebration Anaheim.

Bob Iger said the weekend would be filled with Star Wars. Lets start that this morning. I don’t think we’ll get a lot of TFA but the future.

Star Wars: The Force Awakens clips get the biggest applause in the sizzle reel, but no new footage shown yet. #D23Expo — Inside the Magic (@InsideTheMagic) August 15, 2015

Disney has confirmed that Marvel will be the first studio showcasing their work and that Lucasfilm will be the last. 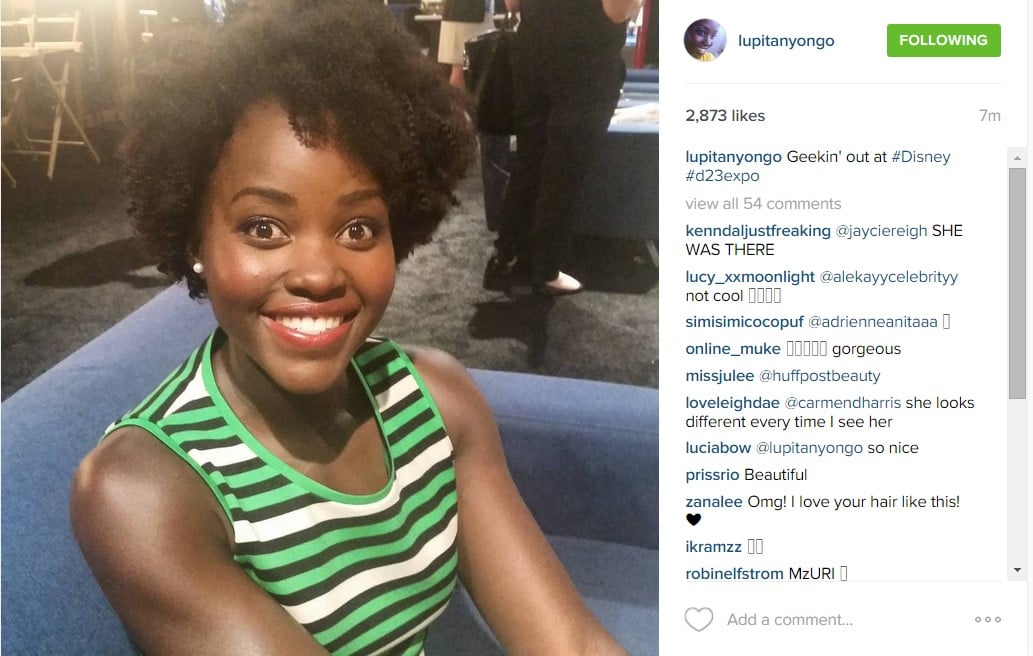 If Lupita Nyong’o is there, it looks like there’s a chance we might see – or rather, hear about – what Maz Kanata looks like in the film. It’s worth mentioning that Nyong’o is also appearing in Disney’s live-action adaptation of The Jungle Book as well (she’s there as I type this), along with The Queen Of Katwe.

New #StarWars 7 posters will be given to everyone that attended the Live action Panel at #D23Expo — Nuke The Fridge (@NukeTheFridge) August 15, 2015

Looks like our scoop with @DrewStruzan coming back for @starwars was spot on. Just saw the poster for it. Classic Struzan. #D23Expo — KristianHarloff (@KristianHarloff) August 15, 2015 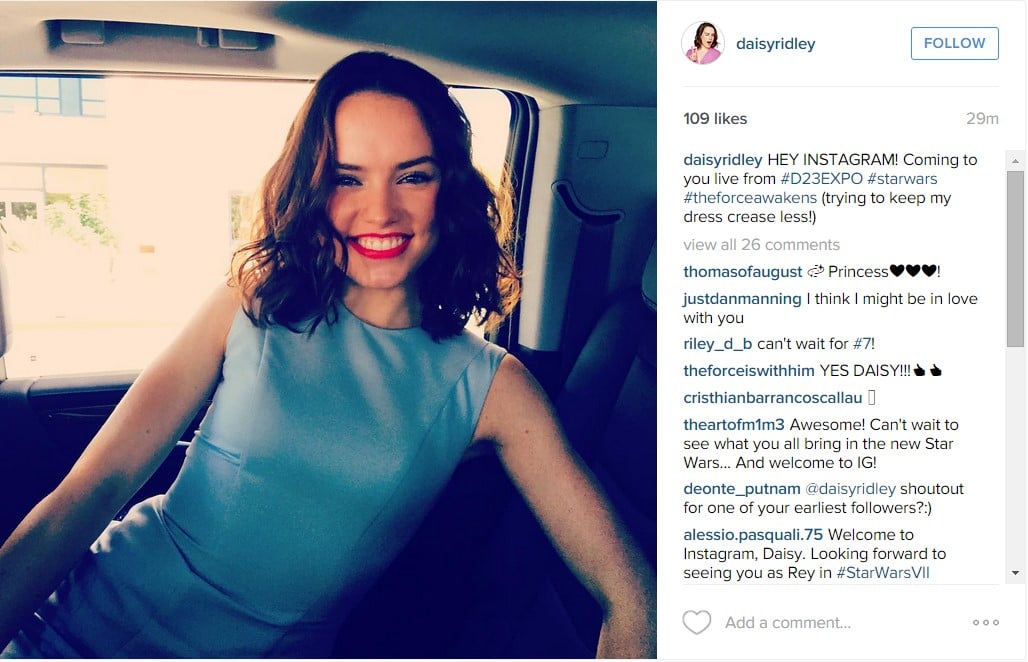 Daisy Ridley is also present! Her post outright confirms she’ll be present at the panel later.

J.J. Abrams may have just said that STAR WARS: THE FORCE AWAKENS is clocking in around 124 minutes…

Other Rogue One cast members include Jiang Wen and Riz Ahmed.

That’s all, folks! Stay tuned as we write a follow-up article explaining what we learned at the convention.